Moray: About 4 miles west of Forres, on minor roads just north of A96, west of Muckle Burn, 0.5 miles south-west of Dyke, at Brodie Castle. 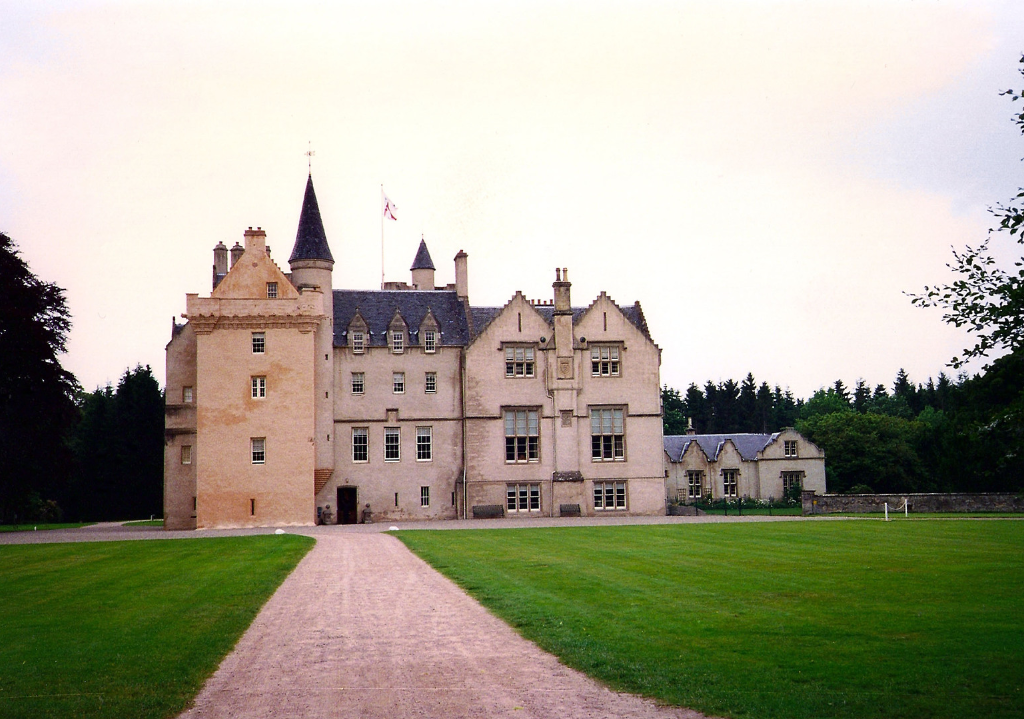 A large and impressive building, Brodie Castle was mostly built in the 16th and 17th centuries, but may date in part from the 12th century, although this is disputed. The castle consists of a large 16th-century Z-plan tower house, with extensive additions, which was further enlarged in the 19th century by the architect William Burn.
The old tower rises to four storeys and a garret within a corbelled-out parapet. A wide stair-turret, crowned by a conical roof, is corbelled out in the re-entrant angle. 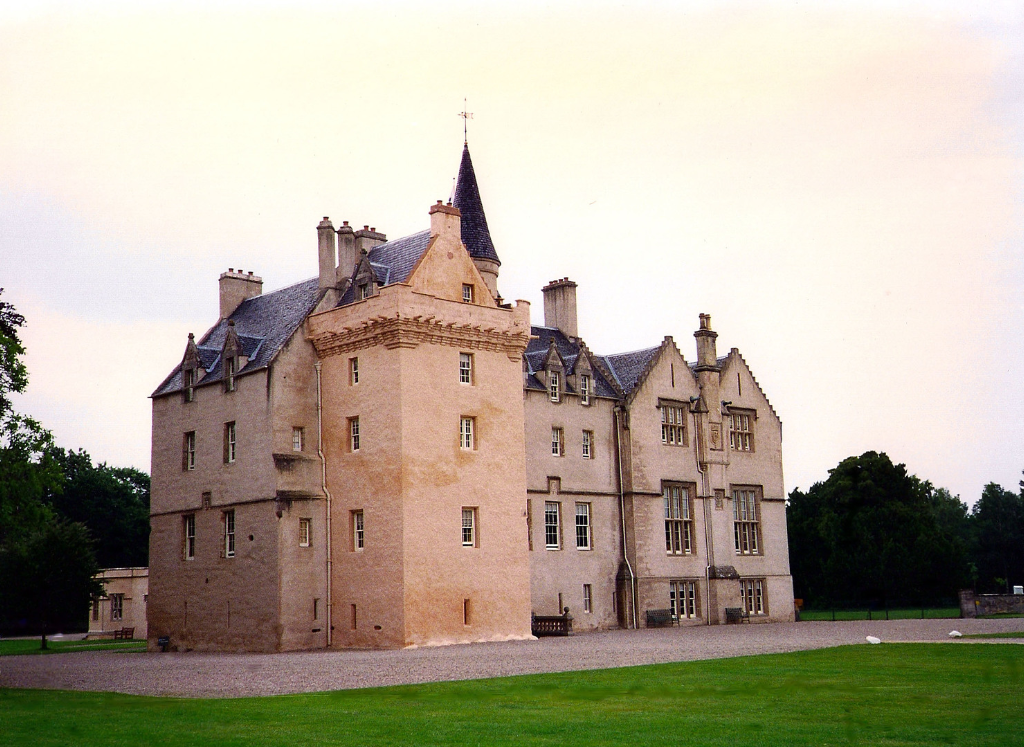 The basement contains five vaulted chambers, including a kitchen with a great fireplace and bread oven. The only windows are slits and gunloops. The hall, on the first floor, is also vaulted. There is a fine library with some 6,000 books.
‘Brody Cast.’ is marked on Pont’s map of Nairn and Moray, and is depicted as a Z-plan tower in a courtyard and wooded policies. 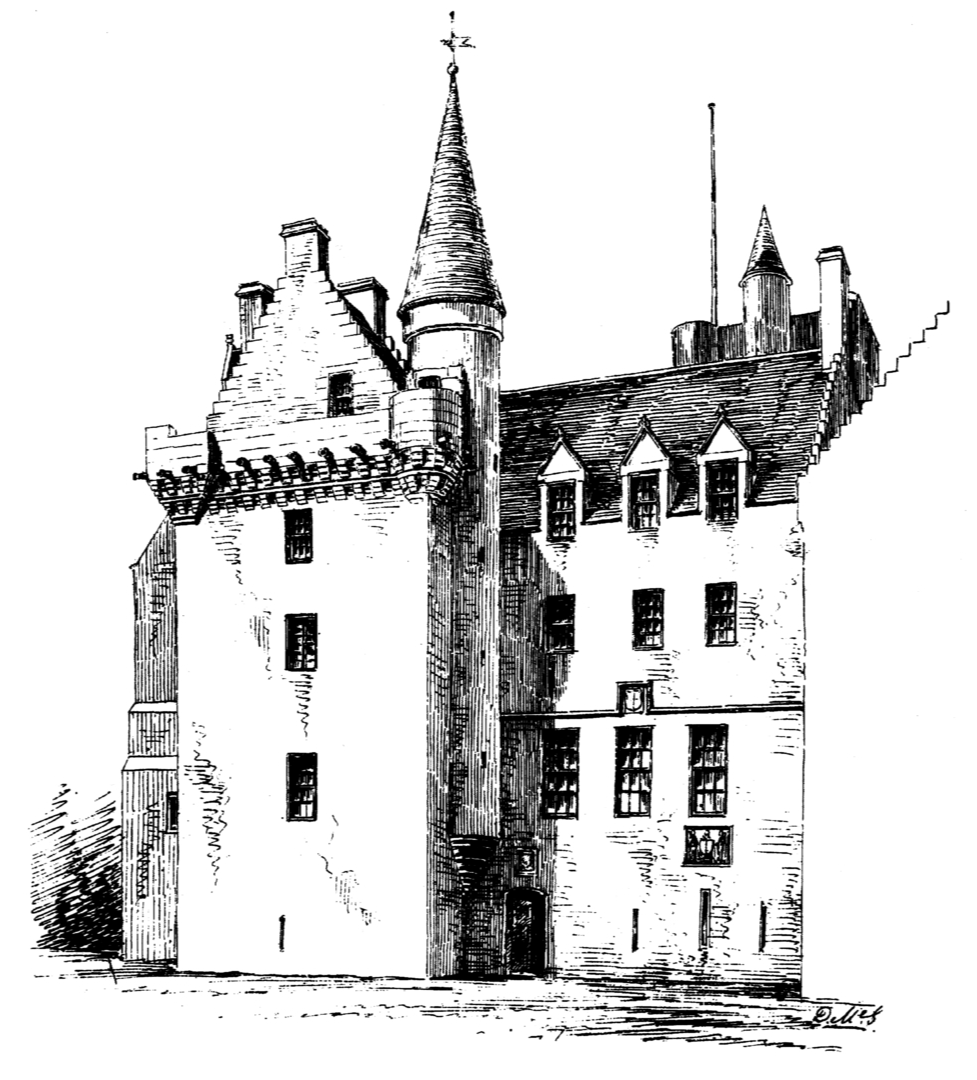 The property was owned by the Brodies from 1160. It was burnt in 1645 by Lord Lewis Gordon, because the Brodies were Covenanters, although much of the internal work survived. It was damaged accidentally by fire in 1786. The house was renovated in 1980 after passing to The National Trust for Scotland. 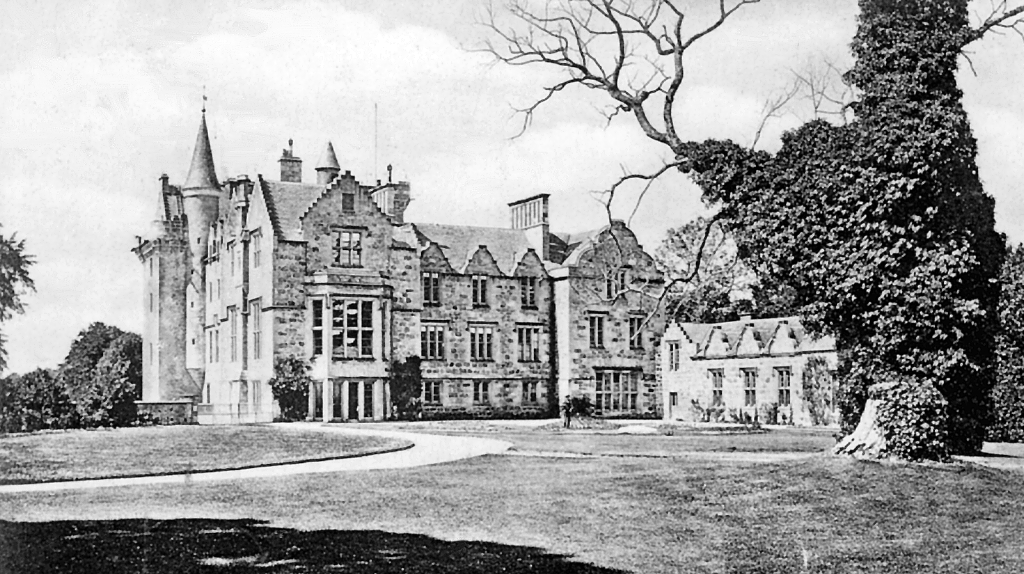 The castle also has a ghost story, possibly regarding Lady Margaret Duff, who was the wife of James Brodie, the then chief. In 1786 she fell asleep in front of the fire and her clothes were set alight and she burned to death. The remains of a child were found when a turnpike stair was being renovated, and are on display in the Charter Room. 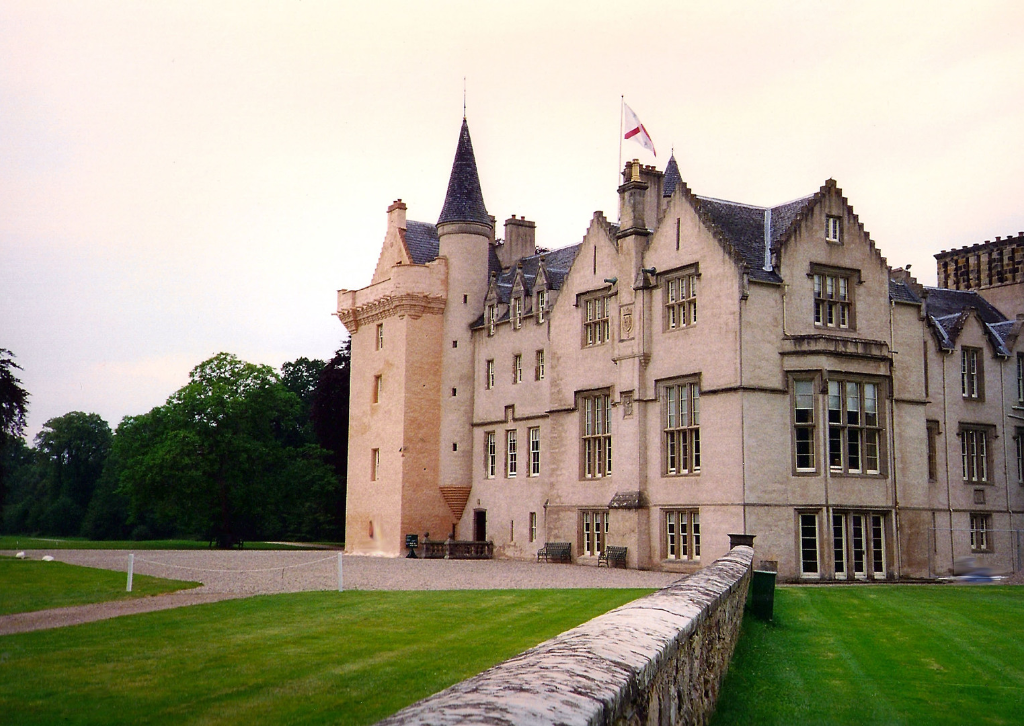 Standing now on the side of the avenue leading to the castle is a fine six-foot-high Pictish cross-slab [NH 984577], known as Rodney’s Stone, found in the burial ground of the old church of Dyke and Moy. The front of the stone shows a full-length cross, decorated with complex knotwork patterns. In the background are several pairs of interlocking animals, although much of the carving has been defaced. The back of the stone carries a pair of sea-monsters, flanking some unusual circular objects. Below is a Pictish beast and a double disc and z-rod. The stone has Ogham lettering carved all around it, but only a small part on the lower right-hand side can be read, spelling out what may be a personal name: EDDARRNON Q. A cast of the stone is on display in Inverness Museum and Art Gallery.