South Highland: About 2.5 miles south of Nairn, on minor road south of B9101 0.5 miles west of junction with A939, north of Laiken Forest, south-east of Raitcastle. 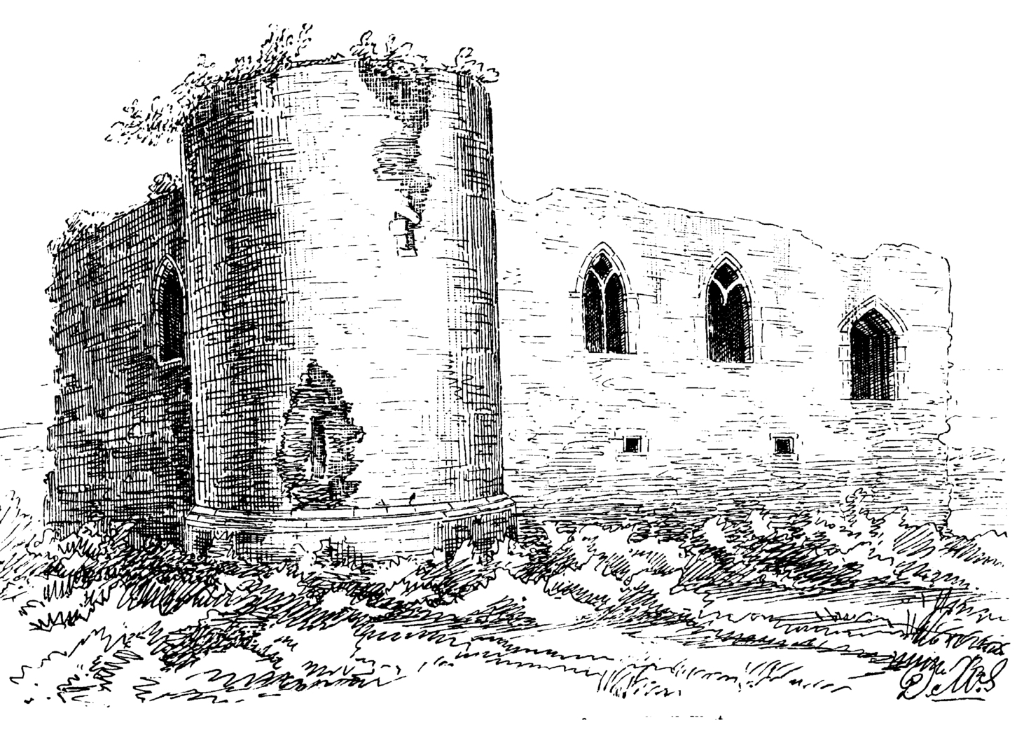 Rait Castle consists of a ruined 13th-century hall-house, altered in the 16th and 17th centuries, and with a round tower at one corner and a garderobe tower. The building is complete to the wallhead, and consists of a long hall over an unvaulted basement with large arched windows. The castle had a courtyard further defended by round towers, and there are the remains of what was probably a chapel.
The place is probably marked as ‘old castell’ and ‘Rett’ is marked nearby on Pont’s map of Nairn and Moray. 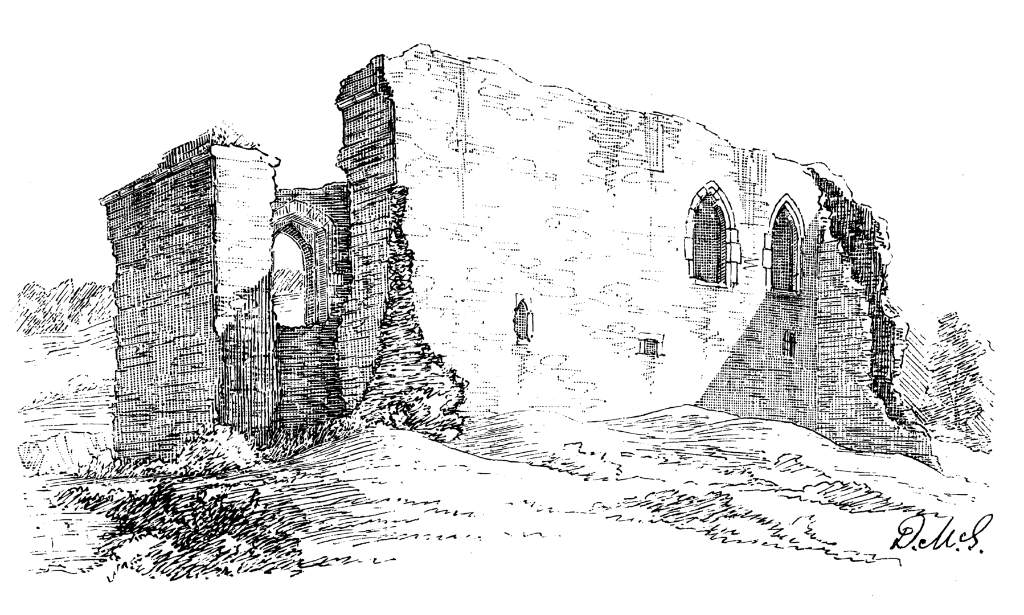 This was a property of the Raits. Sir Alexander Rait killed William, 3rd Thane of Cawdor, around 1395. Rait passed to the Comyns or Cummings, then to the Mackintoshes, then to the Campbells of Cawdor. The Duke of Cumberland is said to have stayed here before going on to victory at the Battle of Culloden against the Jacobites in 1746.
The tale (although there is more than one version) goes that in 1524, when the castle was held by the Cummings, they invited the Mackintoshes here for a feast, possibly a wedding banquet, but planned to murder their guests. The Mackintoshes apparently learned of the plan and came heavily armed, and managed to flee from Rait after killing many of their treacherous hosts. The Cumming laird was furious – he suspected his daughter had betrayed his plan as she was in love with one of the Mackintoshes – pursued the terrified girl through the building. She tried to escape out of an upstairs window, but her father hacked off her hands with his sword as she hung from a window ledge, and she fell to her death. Her ghost, a handless phantom in a blood-stained dress, then began to haunt Rait.
The Cumming laird and his followers were, themselves, apparently slain at Balblair in retribution.
Plans are proposed to clear and consolidate the ruins, although so far these have not come to anything.