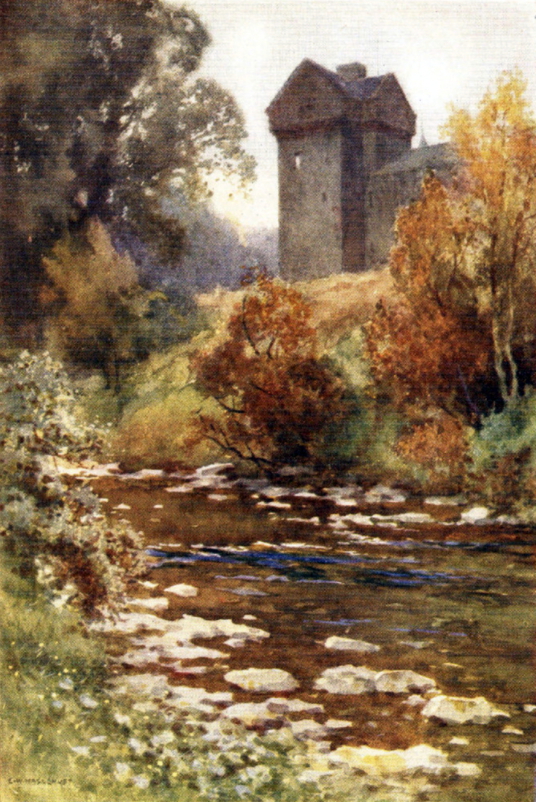 Borders: About 3 miles south-west of Hawick, on minor road north of A7 at Branxholme, north of the River Teviot, at Branxholme Castle. 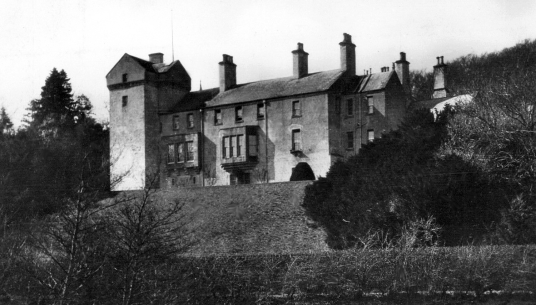 Branxholme (or Branxholm) Castle consists of an altered 16th-century tower house of five storeys, possibly Z-plan, incorporated into a three-storey mansion of 1790 and later. The stronghold was built on the site of an older castle. Vaulted chambers survive in the basement, along with a newel stair, but the building has been very altered inside. Branxholme is marked prominently on Blaeu’s map of Teviotdale in a large park. 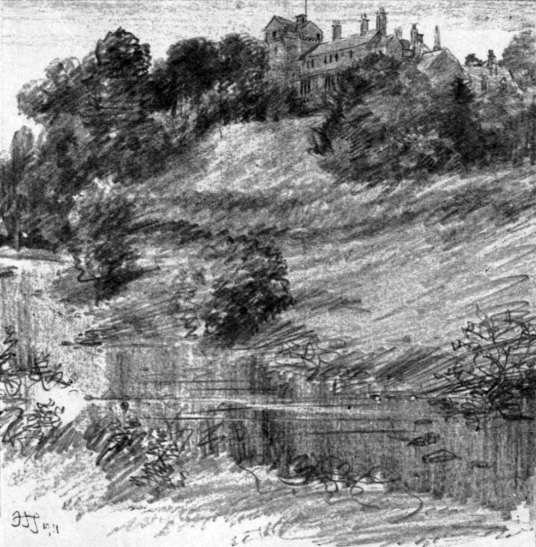 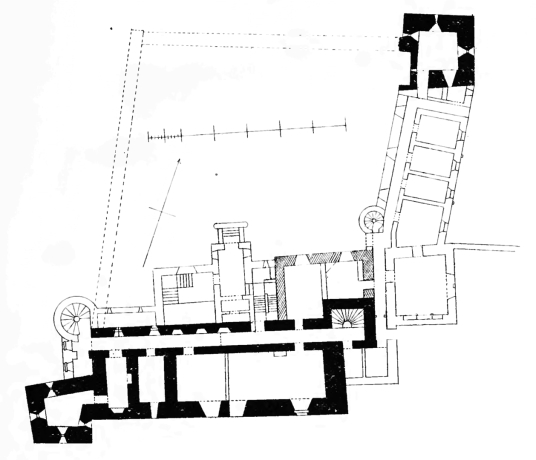 The lands were held by the Lovells in the 12th and 13th centuries, then by the Inglis family in the 14th century, but were acquired by the Scotts of Branxholme (or Buccleuch) in 1420, and the castle is still owned by them. Walter Scott of Branxholme and others were accused of trying to waylay the young James V at Melrose in 1526 and with killing Andrew Kerr of Cessford and others in the ensuing fight, although this was found in his favour two years later. 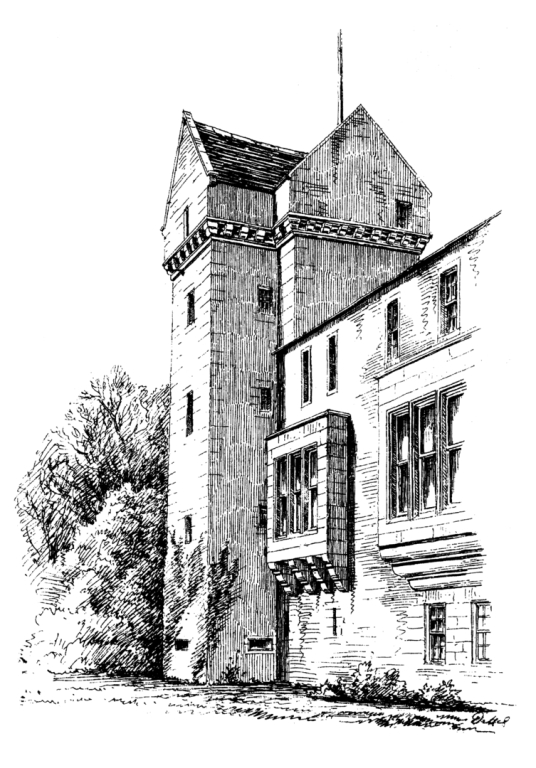 The old castle was burned by the Earl of Northumberland in 1532, but was held against the English in 1544, when the barmkin was burnt and 600 oxen and other beasts were stolen, and during the invasion of 1547. It was slighted by the Scotts themselves in 1570, the destruction being completed by the English, under the Earl of Essex, with gunpowder. Branxholme was rebuilt in the 1570s by Sir Walter Scott of Buccleuch. 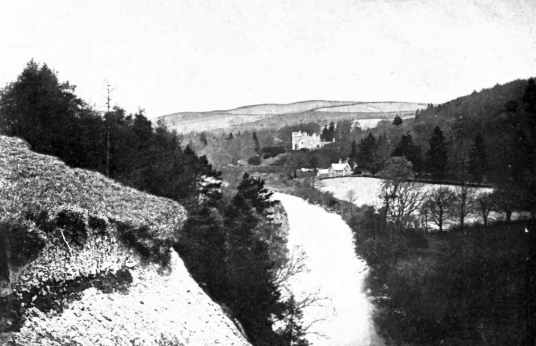 The Scotts were often Wardens of the Scottish Middle March, and were involved in the raiding and feuding in the Borders. Sir Walter Scott of Buccleuch led the raid that rescued William Armstrong of Kinmont (Kinmont Willie in the old ballad) from imprisonment in Carlisle Castle in 1596. 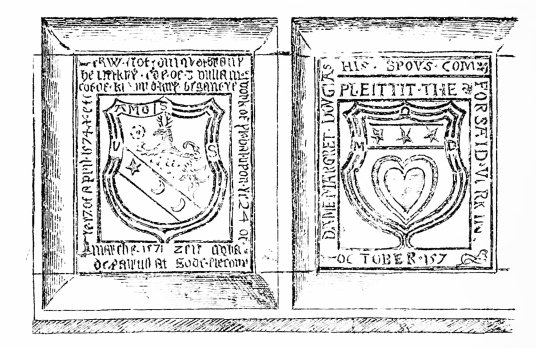 The family became Lords in 1606, Earls in 1612, and finally Dukes of Buccleuch in 1663. The castle was largely remodelled by William Burn in 1837 for the 5th Duke. The Dukes of Buccleuch own much property, including Drumlanrig Castle, Bowhill and Dalkeith Palace. 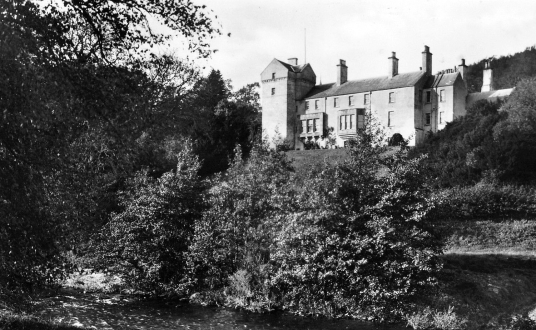 Members of the family were buried in St Mary’s Kirk [NT 502143] in Hawick, where they had a burial vault. There has been a church here since the early 13th century (or earlier still), but the current building dates from 1764, then had to be rebuilt after a serious fire in 1880. There are interesting old memorials in the graveyard. In a dispute over who had been given the Sheriffdom of Teviotdale, William Douglas, the Knight of Liddesdale, seized Sir Alexander Ramsay of Dalhousie, while the latter was at his devotions in St Mary’s Church. Ramsay was imprisoned in a dungeon at Hermitage Castle and starved to death.