Scotstarvit Tower, a fine, well-preserved and compact tower house in a tranquil wooded setting near Hill of Tarvit and Cupar in Fife, once a property of the Scott family. 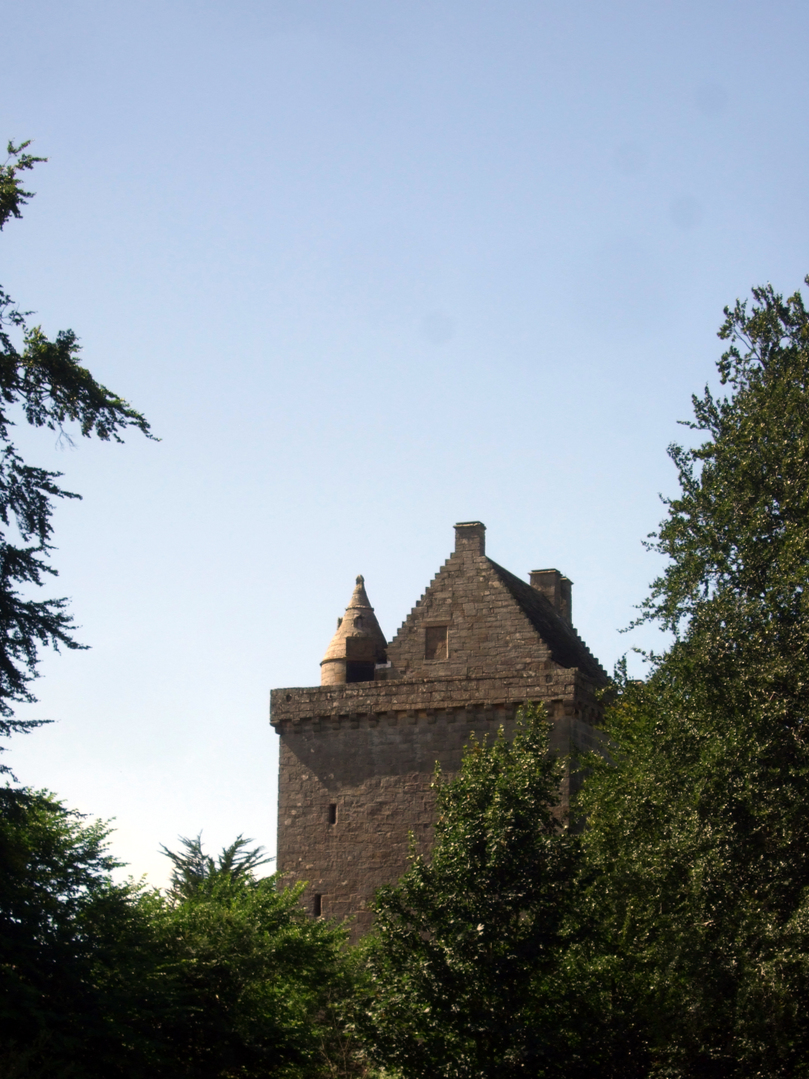 Fife: About 2 miles south of Cupar, on minor road west of A916, 0.5 miles north of Craigrothie, west of Hill of Tarvit, at Scotstarvit. 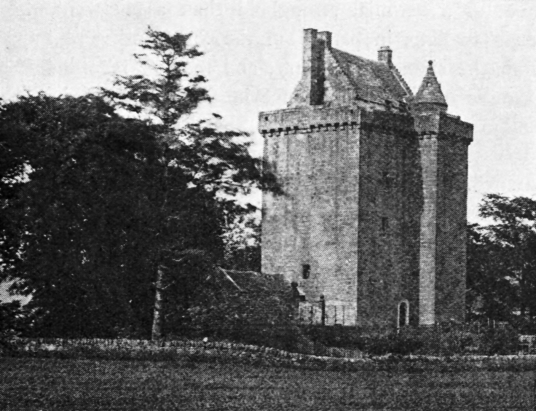 A well-preserved and impressive building, Scotstarvit Tower is a tall 15th- and 16th-century L-plan tower house of six storeys and a garret. It has a corbelled-out parapet without rounds, and the walls are pierced by shot-holes. The small stair-wing is crowned by a caphouse with a conical roof. 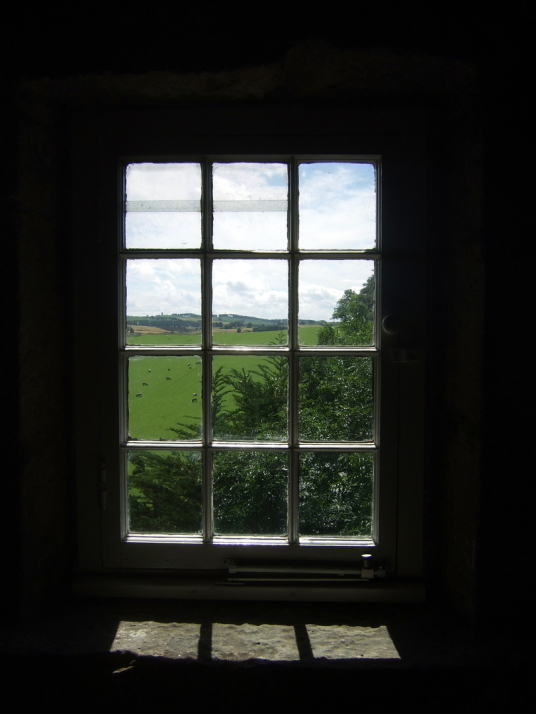 The arched entrance, in the re-entrant angle, leads through a lobby to the vaulted basement and to the turnpike stair, in the wing, which climbs to all floors. The basement has had an entresol. The hall, on the first floor, has a fireplace, and windows with stone seats. The storey above this is also vaulted. A fireplace from the attic, dating from 1627, was reset at in the Smoking Room at Hill of Tarvit. 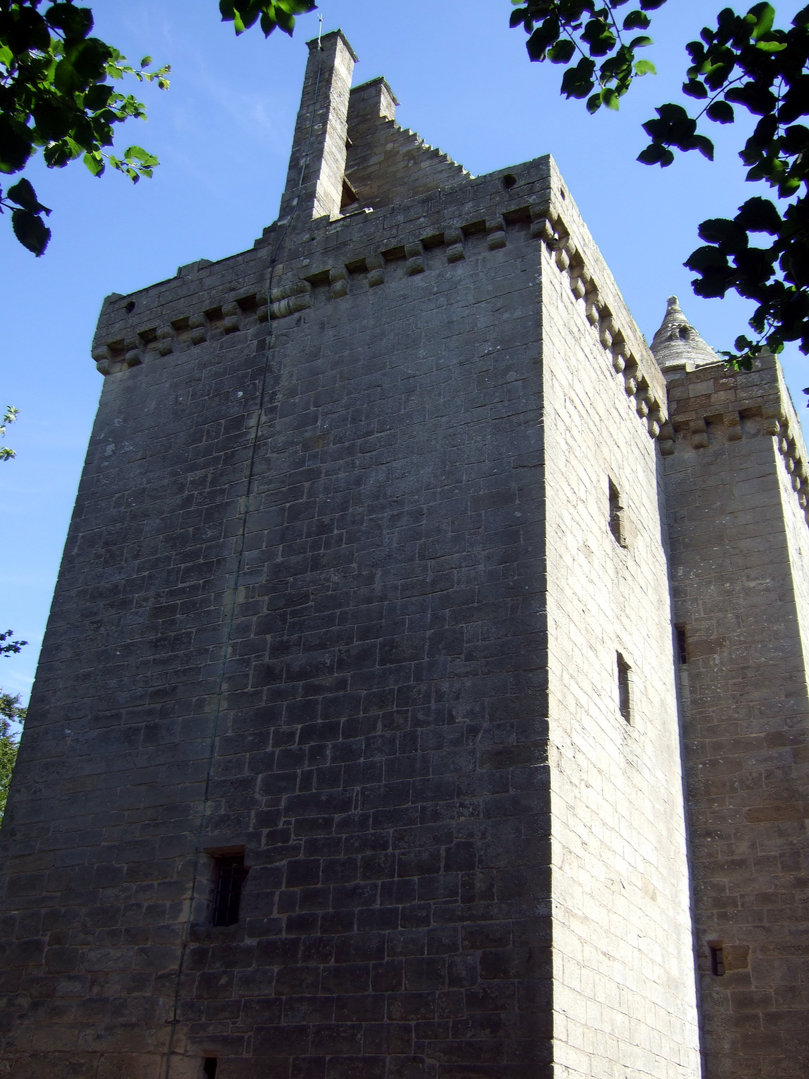 ‘Scots tarvet’ is marked on Blaeu’s map of Fife, then ‘Scotstarvat’ on Adair’s map of the east part of Fife and depicted in enclosed wooded policies with gardens. 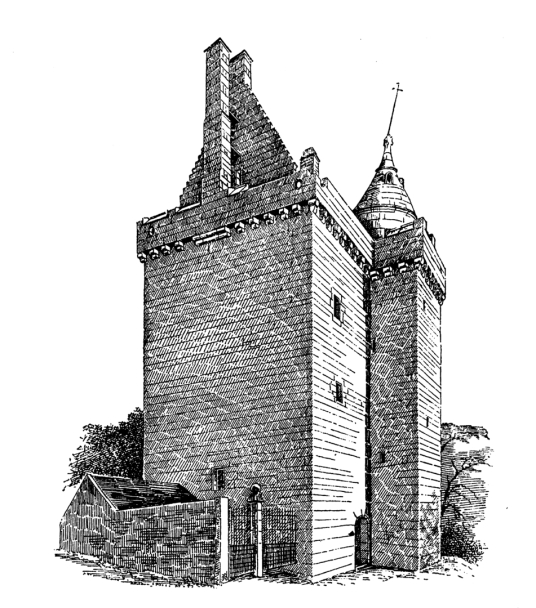 Scotstarvit was originally a property of the Inglis family, but was sold to the Scotts in 1611. Sir John Scott of Scotstarvit was Director of the Chancellory, geographer, writer and an eminent historian. He was author of Scot of Scotstarvet’s Staggering State of the Scots Statesmen. In 1621 he had an act in his favour for the lands and barony of Tarvit, with the tower, fortalice, manor place, houses, outbuildings, yards, orchards, rabbit-warren, doocot and mill thereof. 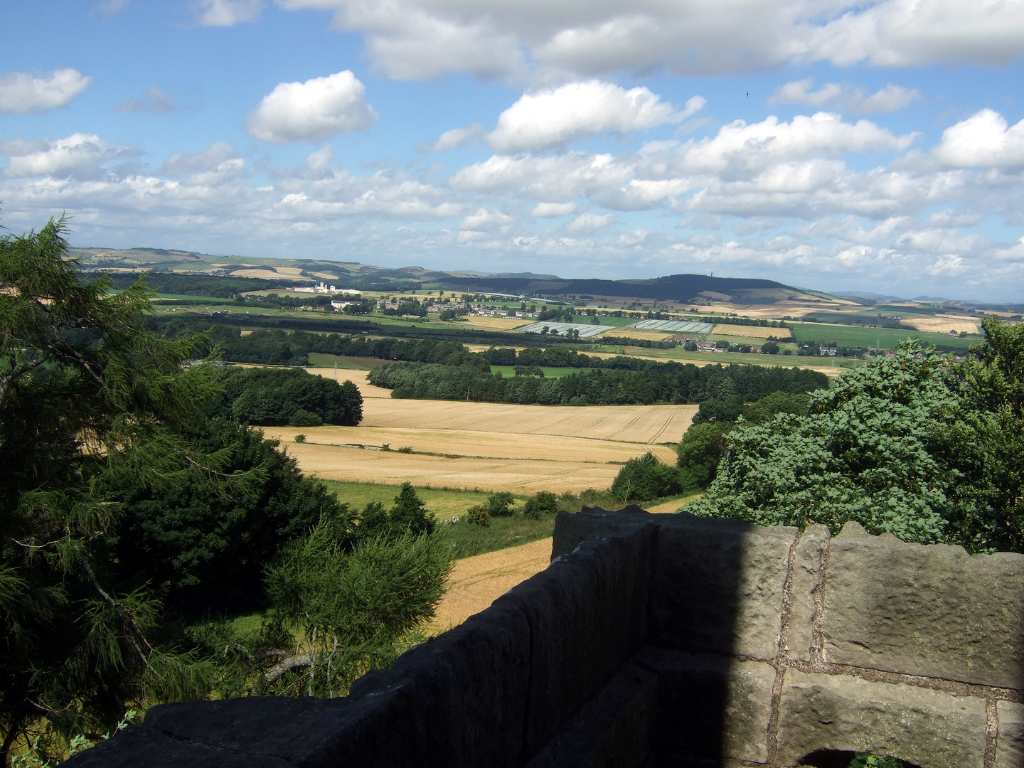 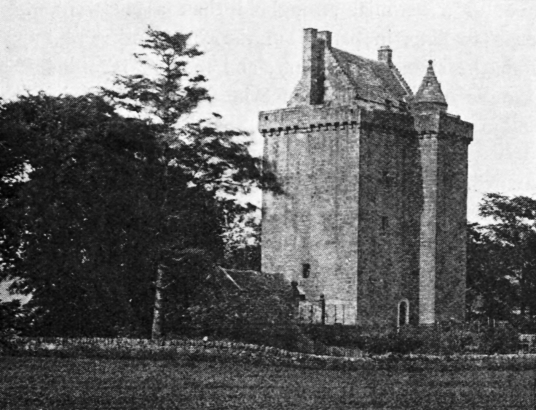 The property was sold to the Gourlays of Craigrothie about 1780, then to the Wemyss family, then to the Sharps in 1904. It was given to The National Trust for Scotland in 1949, but is managed by HES.
The tower stands near to Hill of Tarvit and also see Tarvit. 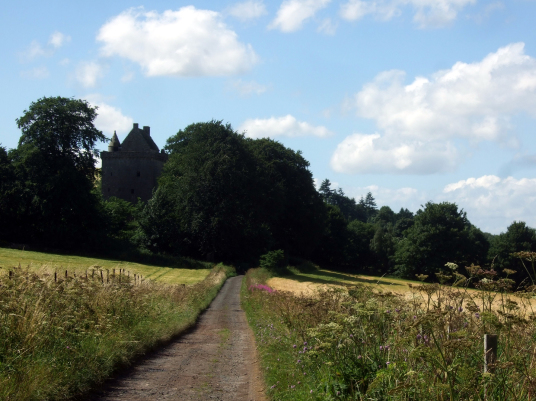