Lothians: About 1 mile south-east of Dunbar, on minor roads east of A1 or east of A1087, west of Spott Burn, north-east of Broxburn, at Broxmouth. 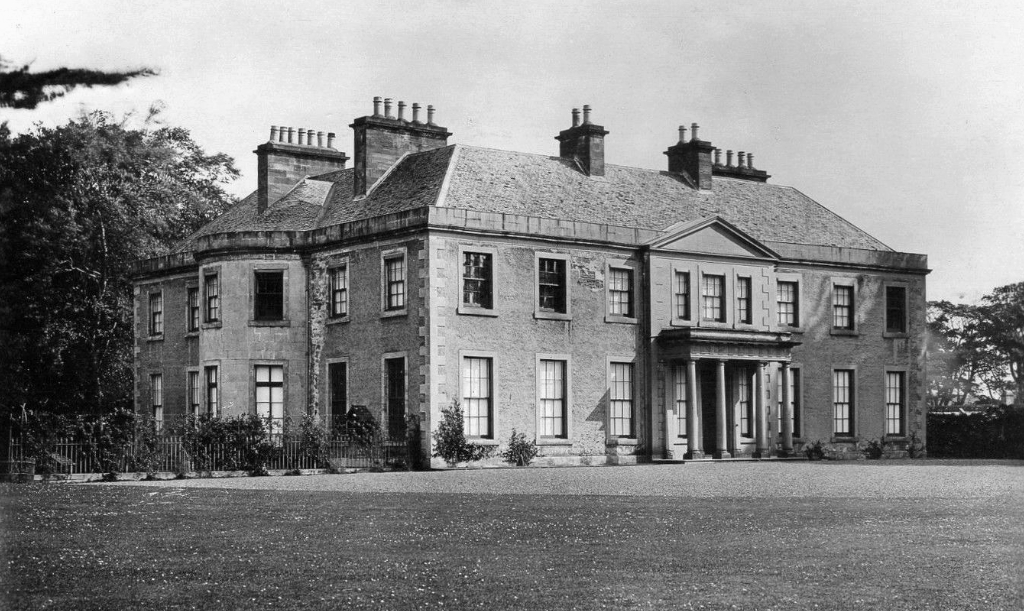 Site of castle or old house. In 150 acres of grounds, the fine classical mansion of three-storeys appears to date from around 1775, but may incorporate older work. An earlier building on the site is marked on Blaeu’s map of Lothian as ‘Brooksmyth’ within an enclosed and wooded park, while the place is prominently marked on Adair’s map of East Lothian and is shown in an enclosed and wooded park with formal gardens.
Oliver Cromwell garrisoned the house and used it as his headquarters in 1650 during the Battle of Dunbar. Cromwell is said to have watched the battle from a hillock near the house, now known as Cromwell’s Mount.
Broxmouth was held by the Grays in the 14th and 15th centuries and by the Rhinds in the 1470s and 80s when James of Rhynd of Broxmouth is on record. It was then a property of the Hays, but passed by marriage to the Homes, who held the property in the 16th century. George Home, Earl of Dunbar, had a ratification of 1609 for the lands of Broxmouth, with mansion, manor place etc.
The property passed to the Kerr Dukes of Roxburghe in 1644, who still hold the title Viscount Broxmouth, and was used as a dower house. Queen Victoria visited in 1878.
The house is still occupied.