Ayrshire: About 6 miles north-east of Girvan or 5.5 miles south and west of Maybole, north of B741 at Dailly, on the north side of the Water of Girvan, 0.5 miles south-east of Dalquharran. 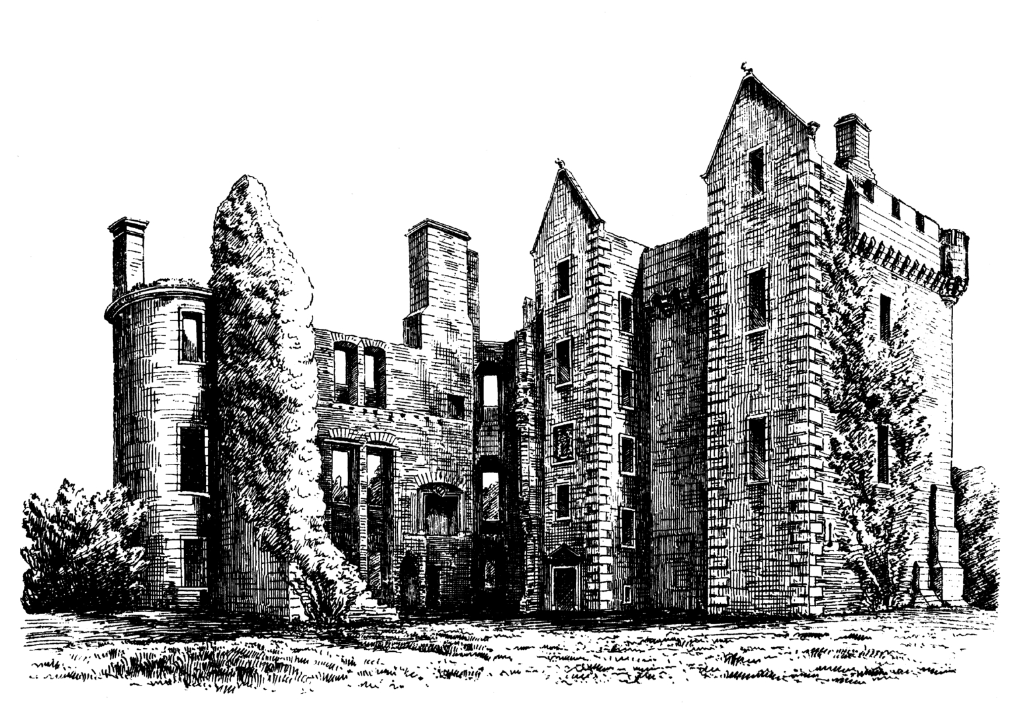 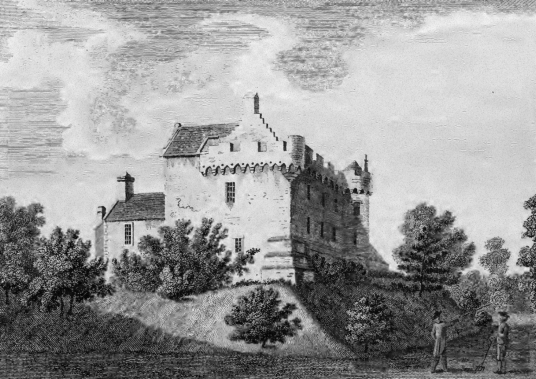 Dalquharran Castle consists of a ruined 15th-century tower, with a round tower at one corner. It was extended to form an L-plan, and rises to three storeys and a garret within the corbelled-out crenellated parapet. The castle was extended and altered in the late 17th century, and was surrounded by gardens and landscaped grounds. The basement is vaulted. 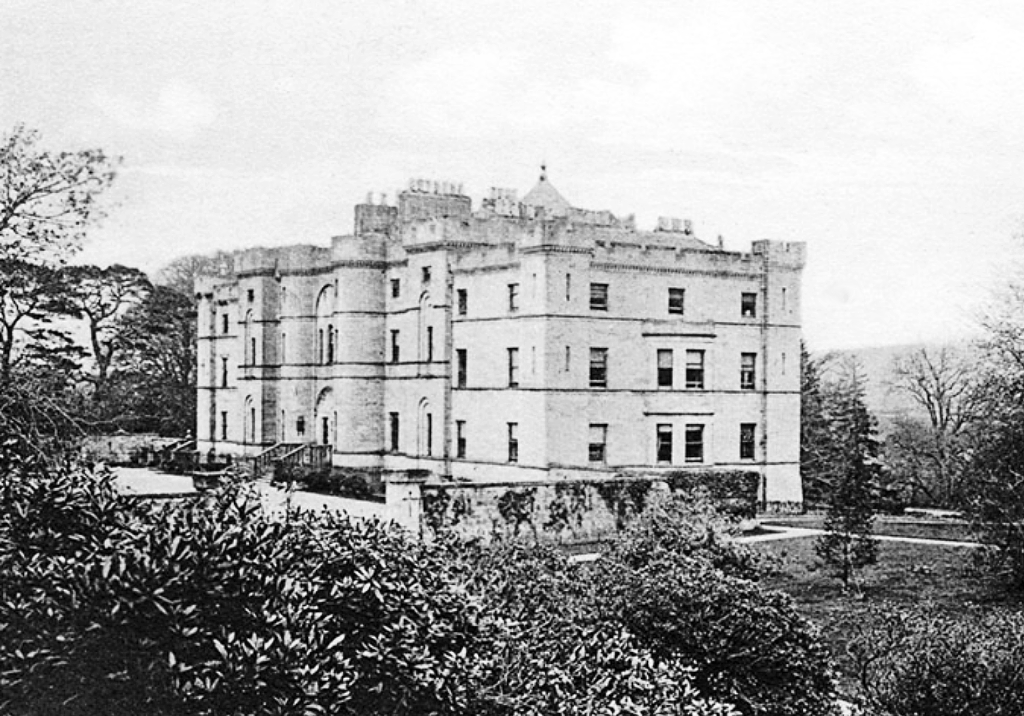 About 1790, the old castle was abandoned for a new mansion, Dalquharran House [NS 270022]. This is a large castellated building of three storeys, which was designed by Robert Adam and has a round tower and central stair like Culzean Castle, and the walls are crowned by a corbelled-out and battlemented parapet. This was enlarged with new wings about 1881 but the family got into debt, and the building was later used as a youth hostel and as a school for the deaf. This house has been stripped and the roof removed in the 1960s, and it is also now ruinous and overgrown.
‘Dalwharra Cast.’ is prominently marked on Blaeu’s map as a large castle with three towers in a wooded and enclosed park.
Both Dalquharran Castles were a property of the Kennedy of Culzean family.