Dunskey Castle is a ruinous and atmospheric old castle, perched on cliffs above the sea, near Portpatrick, in Galloway in the far south-west of Scotland. 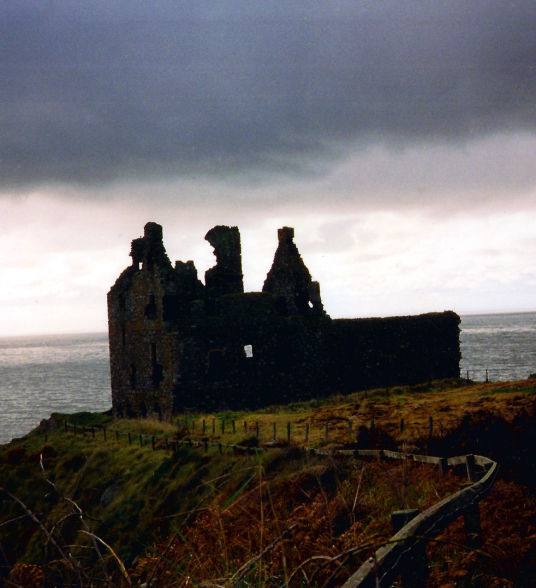 Galloway: About 6 miles south-west of Stranraer, 0.5 miles south-east of Portpatrick, on minor road and foot south of A77, on cliffs near the sea, at Dunskey Castle.

OPEN: View from exterior – climb and walk to castle from Portpatrick: great care should be taken.

The gardens and grounds of Dunskey Estate are open to the public. Holiday cottages and accommodation in Dunskey House. Tearoom. Weddings and parties. 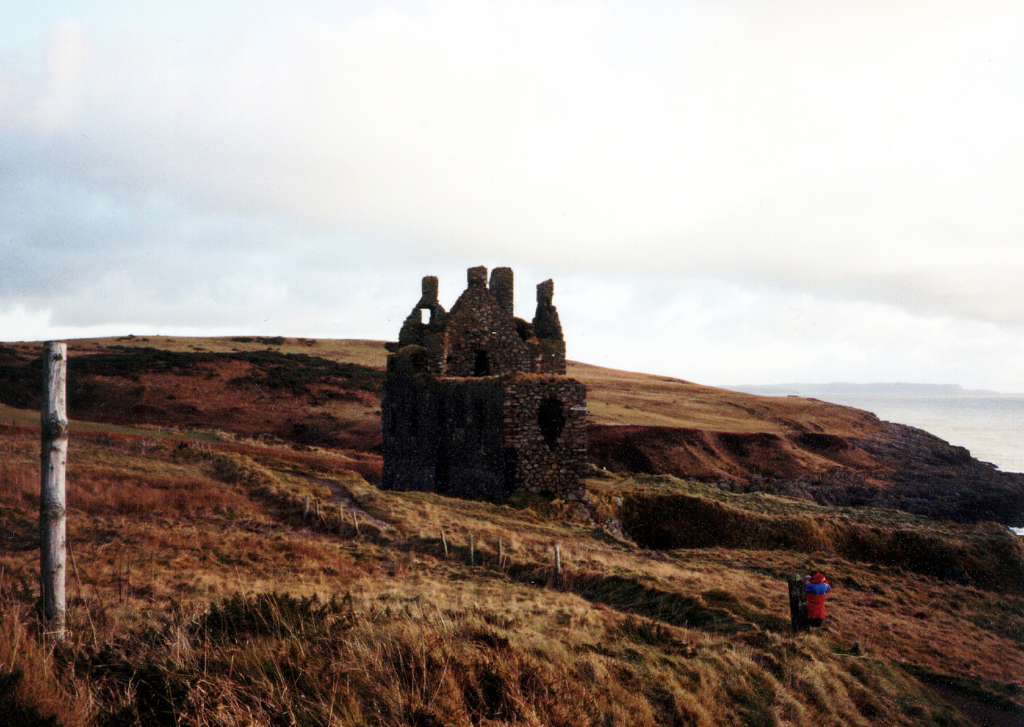 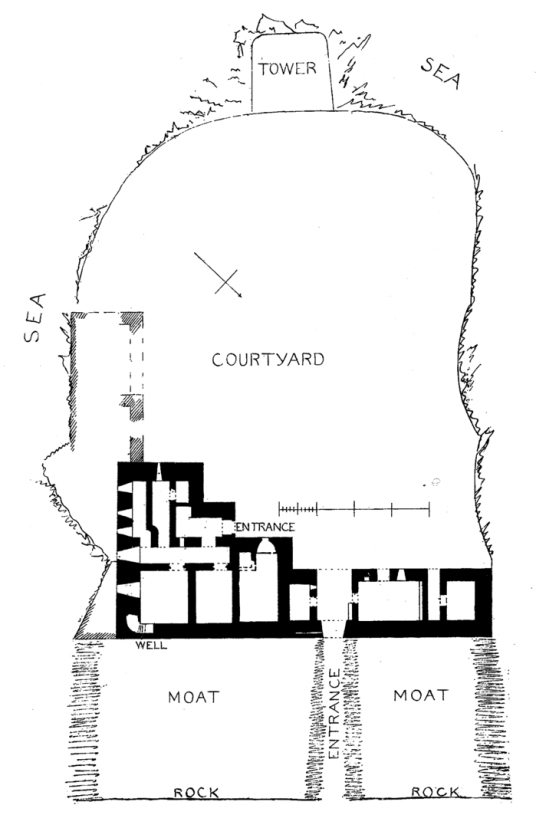 Protected by a ditch on the landward side, Dunskey Castle consists of a large ruined 16th-century L-plan tower house of four storeys. To this has been added a low adjoining block of two storeys, containing the courtyard entrance. A rectangular stair-tower stands in the re-entrant angle, and the tower was crowned by bartizans, now very ruined. Little remains of outbuildings within the courtyard. 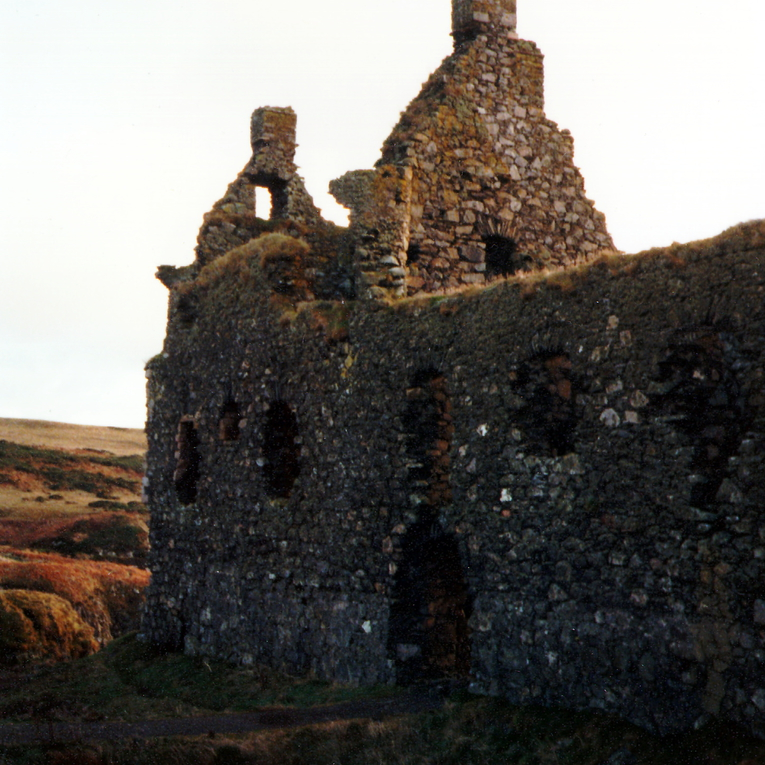 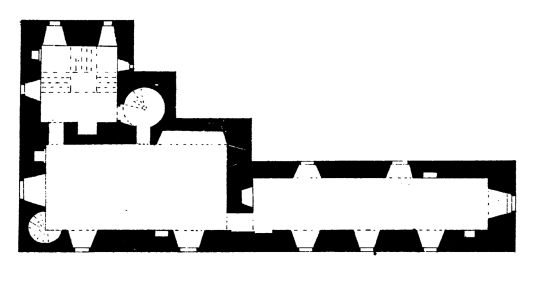 The basement of the tower is vaulted, and contains three cellars, one the wine-cellar with a small stair up to the hall above. The main entrance leads through the tower in the re-entrant to the wide scale-and-platt stair in the wing, which ascends only to the hall on the first floor of the main block. The hall has several large windows and a fireplace. The upper chambers in the main block and wing were reached by a stair-tower in the re-entrant angle.
The adjoining block has a long gallery at first floor level, entered from the hall, over vaulted cellars. 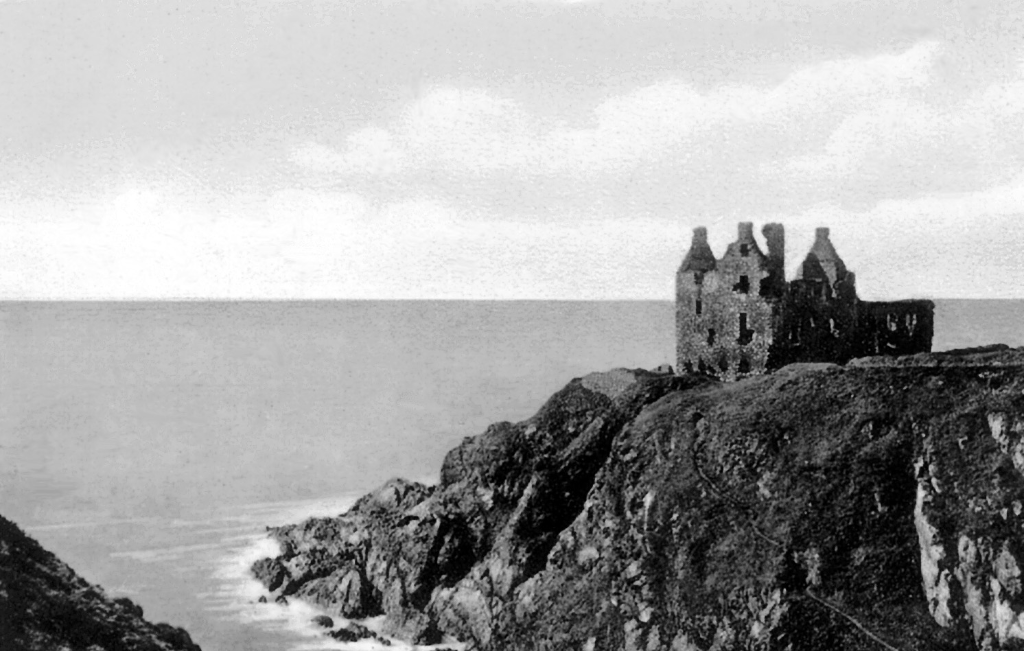 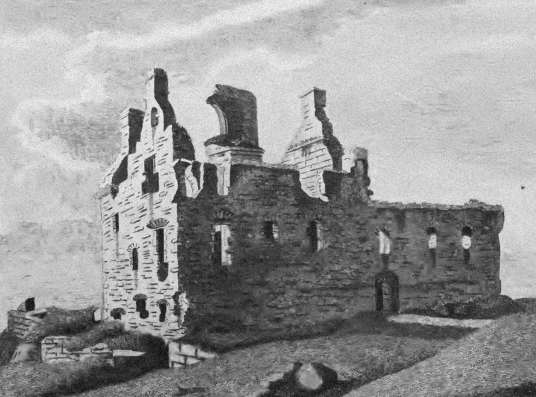 ‘Dunskay Castle’ is portrayed with a small drawing on Blaeu’s map of Wigtown.
The present stronghold was started about 1510 by the Adairs of Kilhilt, although in 1489 an older castle here was burnt by MacCulloch of Myrton in retaliation for the murder of Dionysius of Hamilton by William Adair of Dunskey. The abbot of Soulseat Abbey was imprisoned and tortured in the castle to force him to sign away the abbey lands. 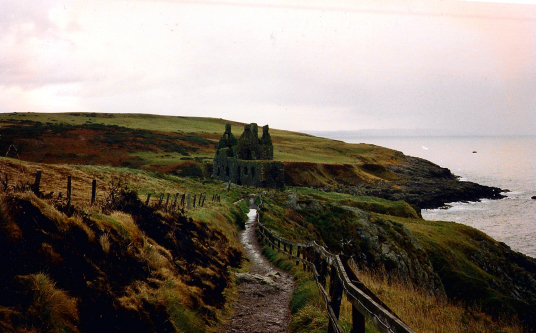 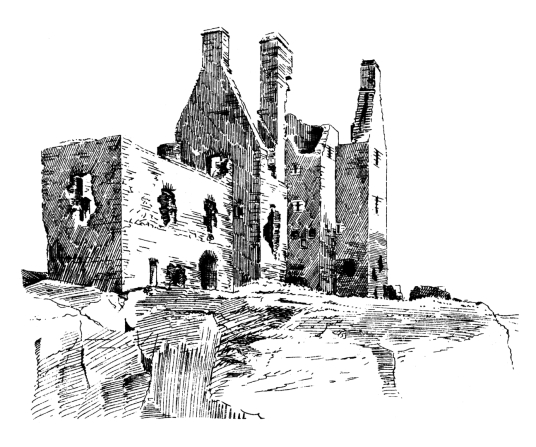 The castle was altered and remodelled in the 16th century, but was sold in 1620 to Hew Montgomery, then in the 1660s to John Blair of Dunskey, Minister of Portpatrick. The castle, tower and fortalice of Dunskey is mentioned in a ratification of 1672, although the castle was apparently a ruin by 1684. 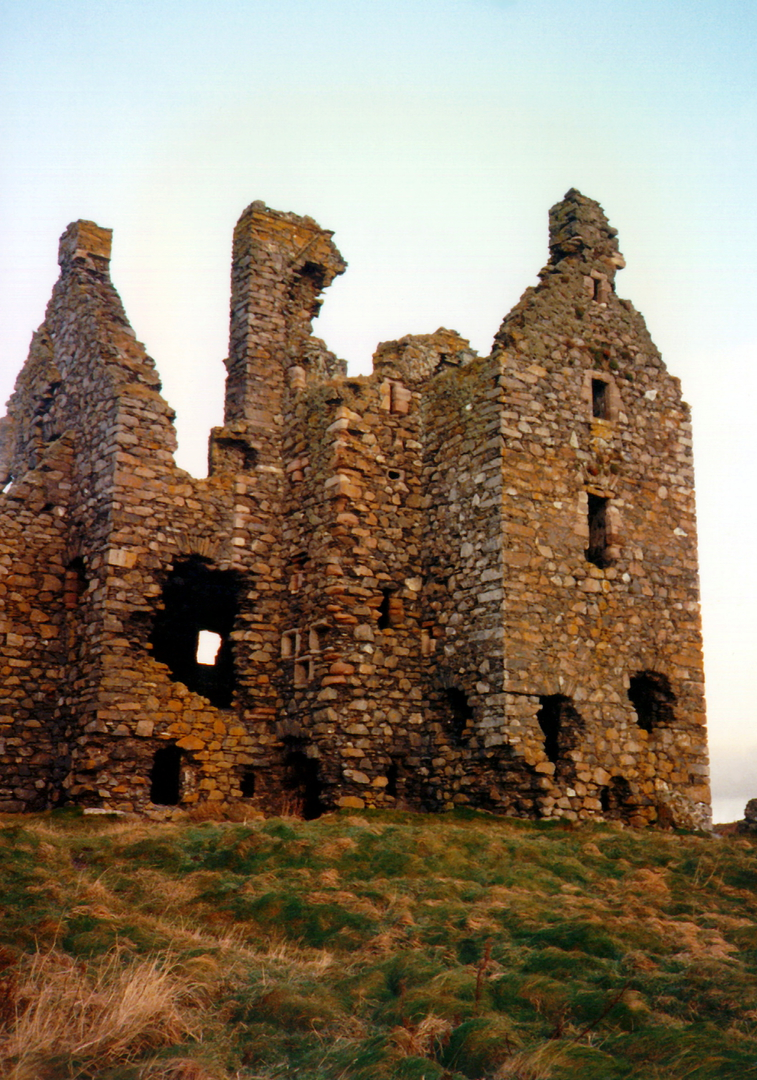 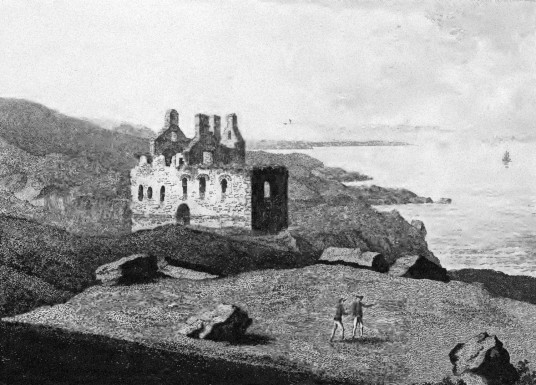 The castle was said to have had a brownie or hairy man, and is reputed to be haunted by the ghost of a nurse maid, who dropped a baby from one of the windows onto the beach far below, as well as a by a spectral piper and jester, who was imprisoned but found a way into caves below the old stronghold. He was never seen again but the sounds of his pipes are sometimes reputedly heard… 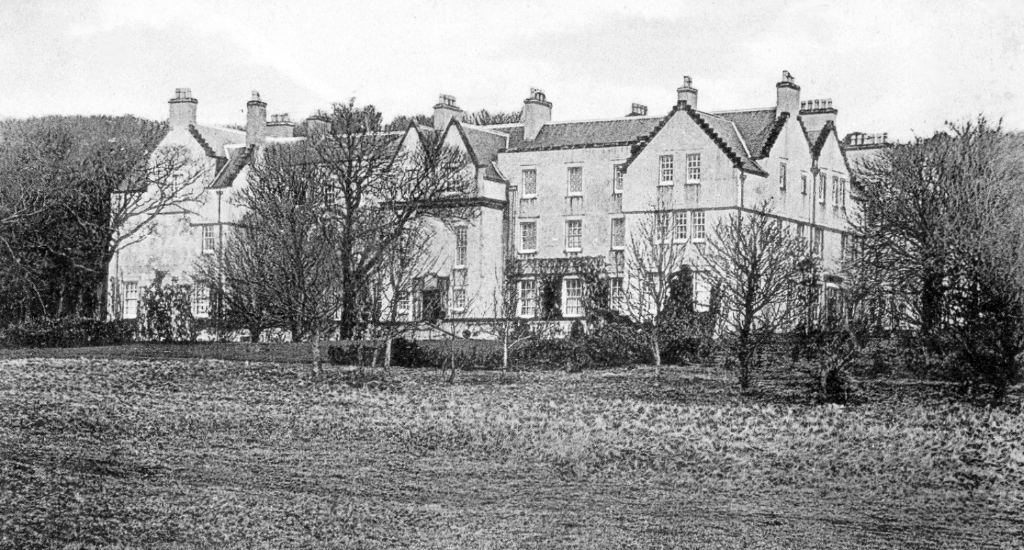 Dunskey House [NX 001559], a large baronial edifice, rising to three storeys with corbiestepped gables, and built in 1904, replaced an earlier house which dated from 1706. There are fine gardens with a walled and a woodland garden, Victorian glasshouse, maze, lochs. waterfalls, private beaches and glen walk.