Delgatie Castle, a fabulous and evocative old tower and castle in a pleasant rural spot, long held by the Hay Earls of Errol and near the Aberdeenshire town of Turriff in the northeast of Scotland. 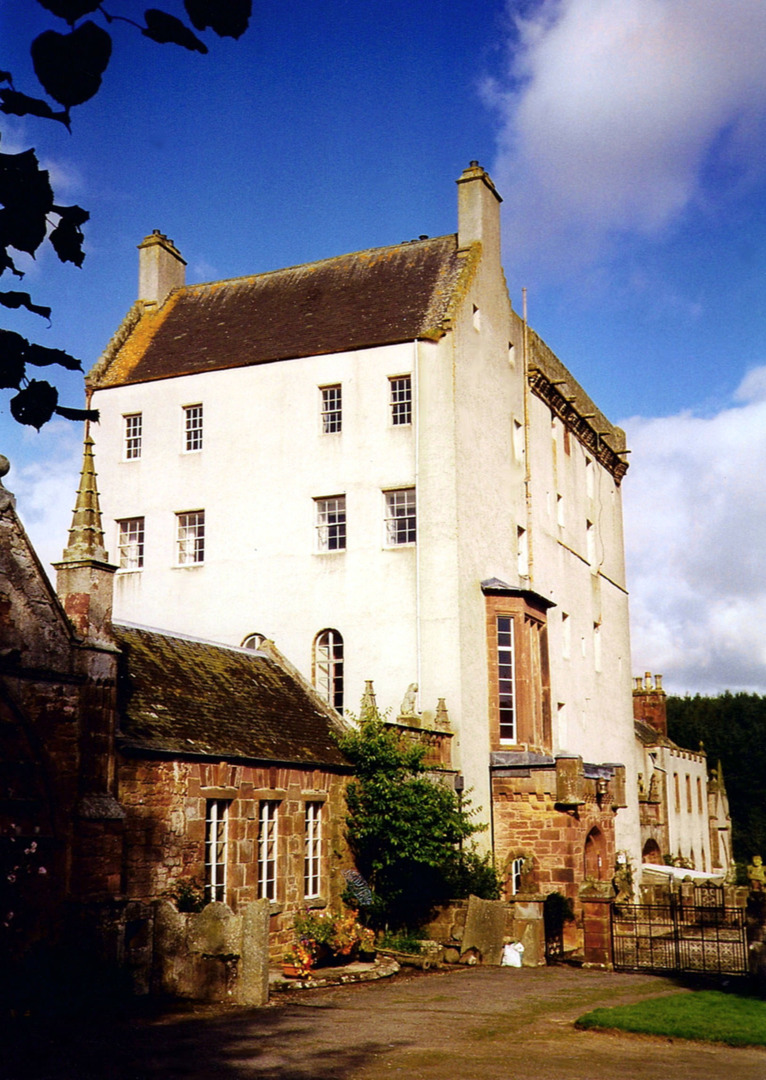 Banff & Buchan: About 2 miles east of Turriff, on minor roads east of A947 or west of B9170, west of Wood of Delgaty, at Delgatie Castle. 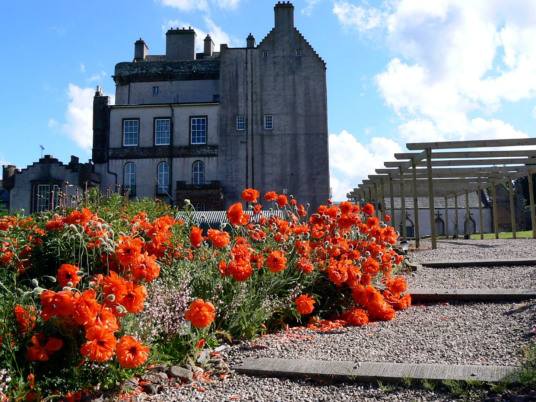 An imposing and well-preserved building, Delgatie Castle consists of a 15th-century tower of five storeys and a garret, although it may incorporate work from as early as 1030. The walls are very thick, and are harled and whitewashed. The original windows are small, and there are many gunloops. There is an adjoining 16th-century gabled house, and lower later buildings. 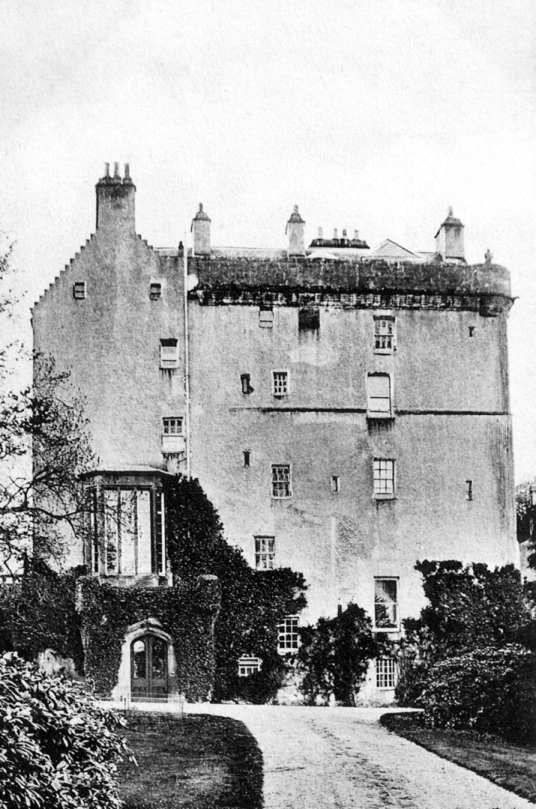 The original entrance is now engulfed by the 16th-century addition. A later entrance leads, through a fine vaulted vestibule, to a massive turnpike stair in one corner of the tower, the widest in Britain. The basement is vaulted, and contains the old kitchen with a wide fireplace. The hall, on the first floor, is ribbed- and groin-vaulted, the apex boss being adorned with the Hay arms. The fireplace lintel is dated 1570, and there are many mural chambers. 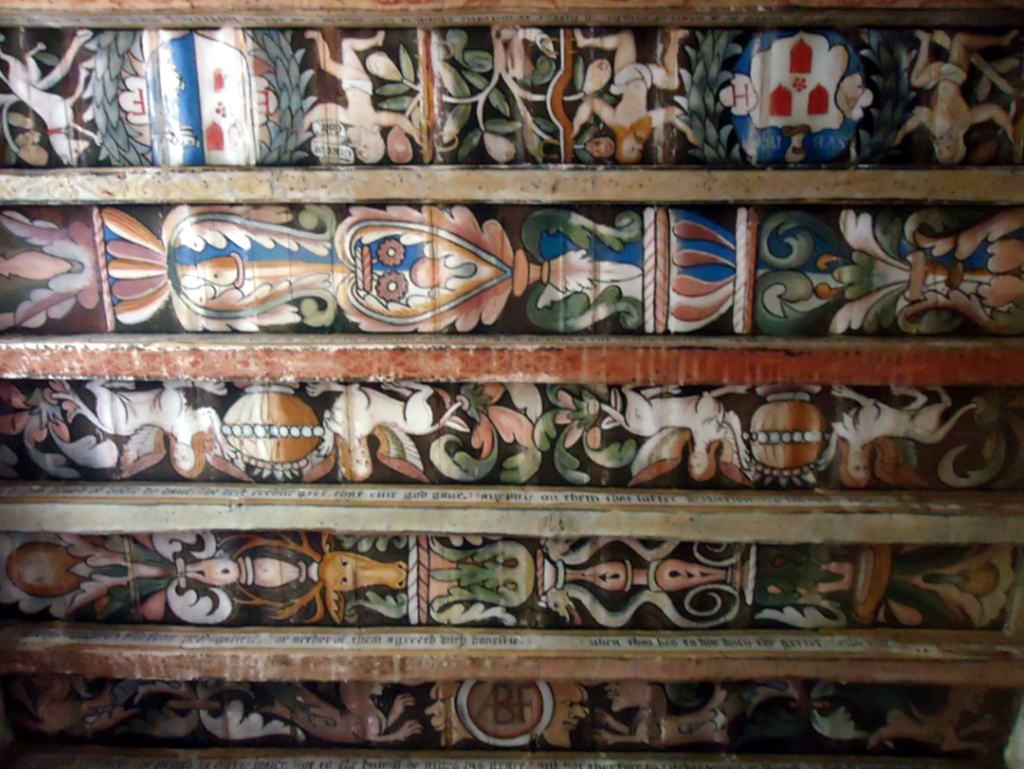 Excellent painted and inscribed ceilings survive on the second floor, dating from 1590s. The wings were added in 1769, and the castle was extended again in the 19th century. 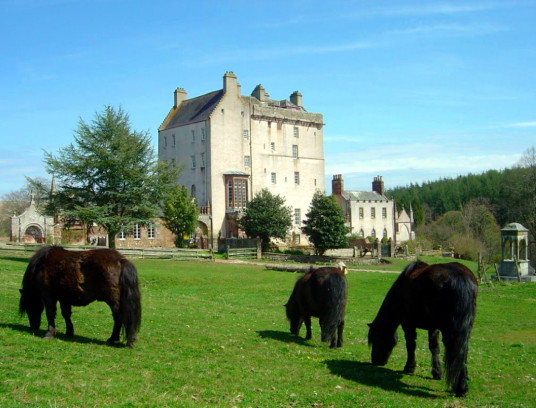 Delgatie was originally a property of the Comyn Earls of Buchan, but passed to the Hays on the Comyn’s forfeiture in the 14th century. Sir William Hay was made Earl of Errol in 1452. Sir Gilbert Hay of Delgatie, with many others of the family, was killed at the Battle of Flodden in 1513. Mary, Queen of Scots, spent three days here after the Battle of Corrichie in 1562, when the Gordon family were defeated by her forces. 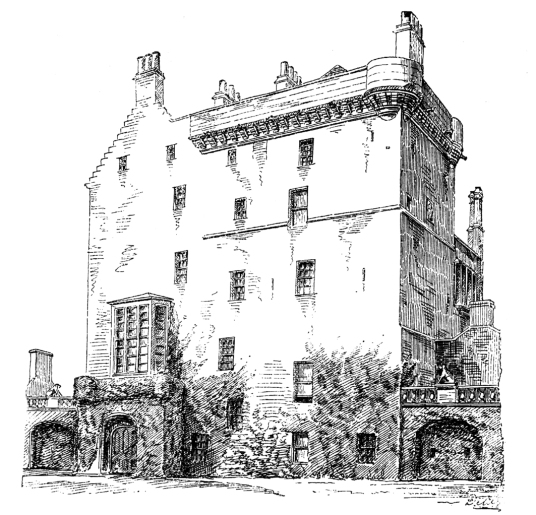 Francis, 9th Earl, was summoned for treason in 1594 for supporting the Gordon Earl of Huntly, and part of the west wall was battered down by James VI’s forces. The 9th Earl, however, went on to fight at Glenlivet in 1594, when the royal forces, under the Earl of Argyll, were defeated, but the rebellion failed and he was forfeited. 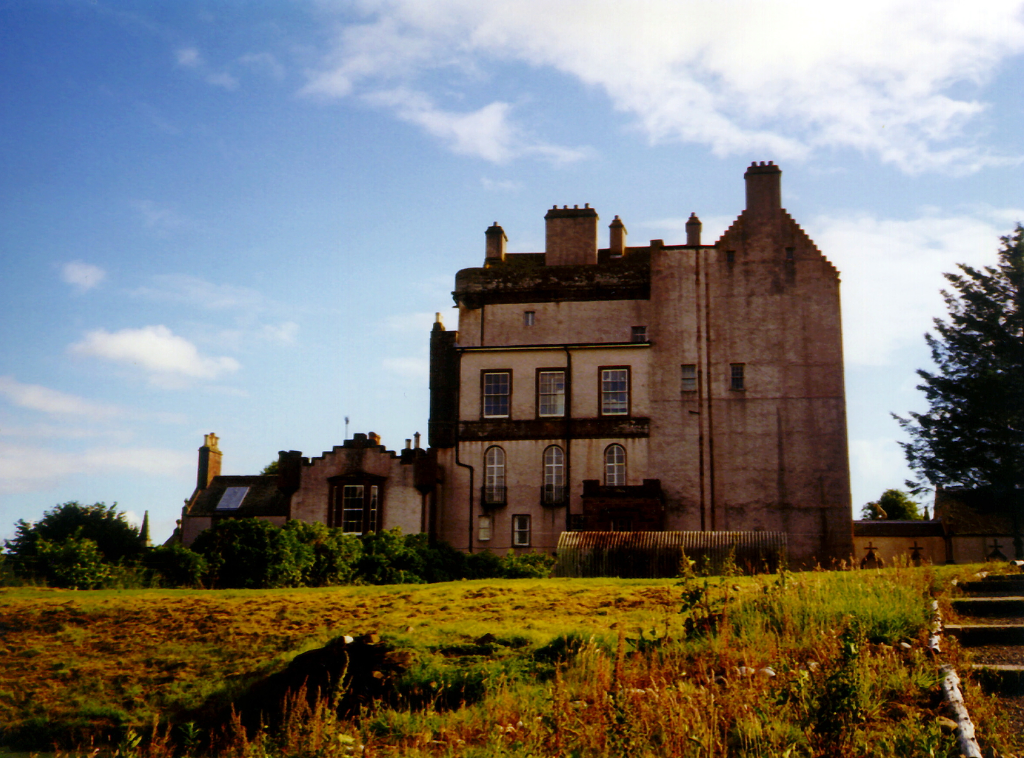 Sir William Hay of Delgatie was standard bearer to the Marquis of Montrose, during his campaign of 1645. Although defeated at Philiphaugh, Hay managed to return the standard to Buchanan Castle, but he was executed with Montrose at Edinburgh in 1650, and buried beside him in St Giles Cathedral. 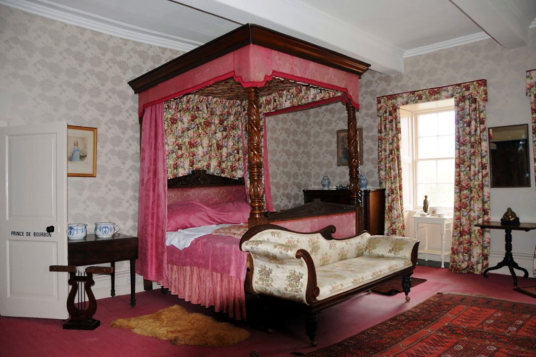 The Hays supported the Jacobites during the 1715 and 1745 Risings and suffered for it, Delgatie passing to the Gardens of Troup in 1762, to the Duffs in 1798, then to the Ainslies about 1868, but then returning to the Hays. It was made the Clan Hay centre in 1948, and is still occupied. 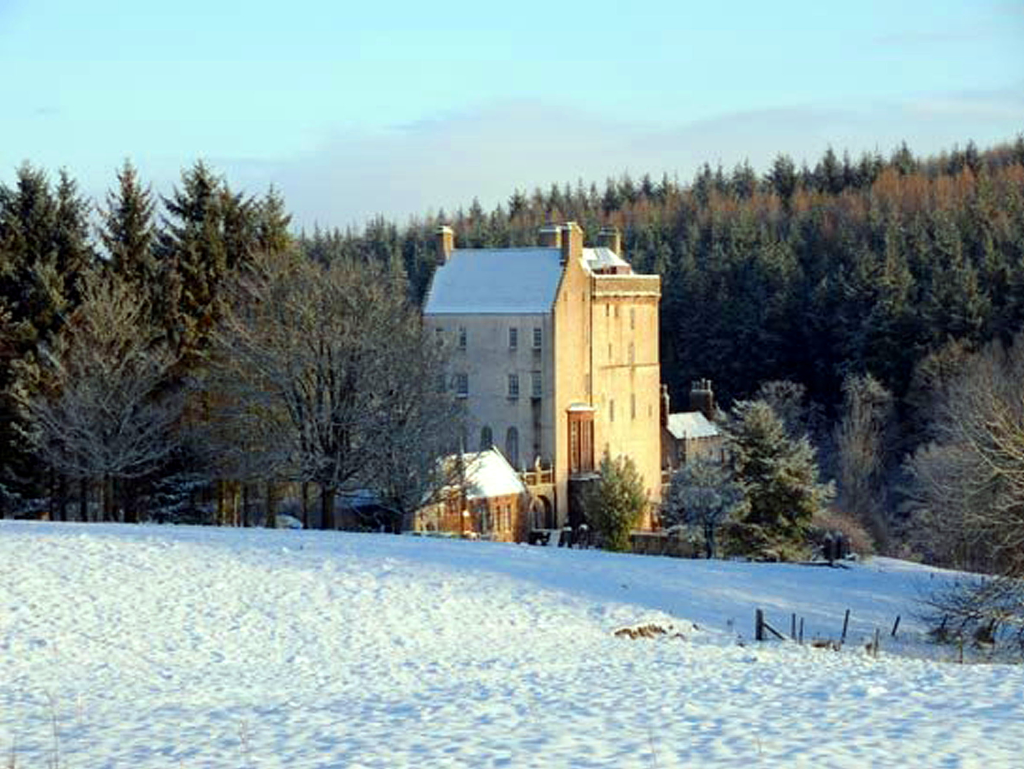 The castle is said to be haunted by the ghost of a spirited young woman, known as Rohaise. She is thought to have defended the castle from an attack, and haunts the bedroom off the main stair, which now bears her name. It is said she likes to visit men who stay in the chamber.