Athelstaneford is a pretty village in a scenic spot, site of an old castle of the Hepburns, with an attractive church and doocot, now home to a presentation about the saltire, the flag of Scotland, some miles from Haddington in East Lothian in southeast Scotland. 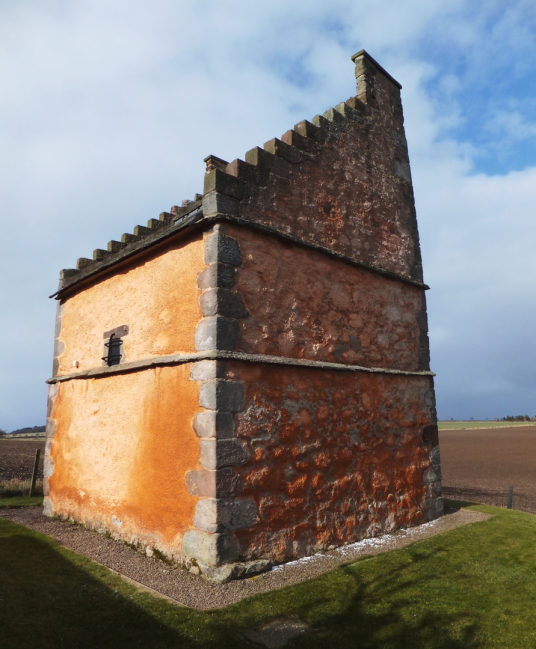 Lothians: About 2.5 miles north-east of Haddington, near B1343, Main Street, Athelstaneford. 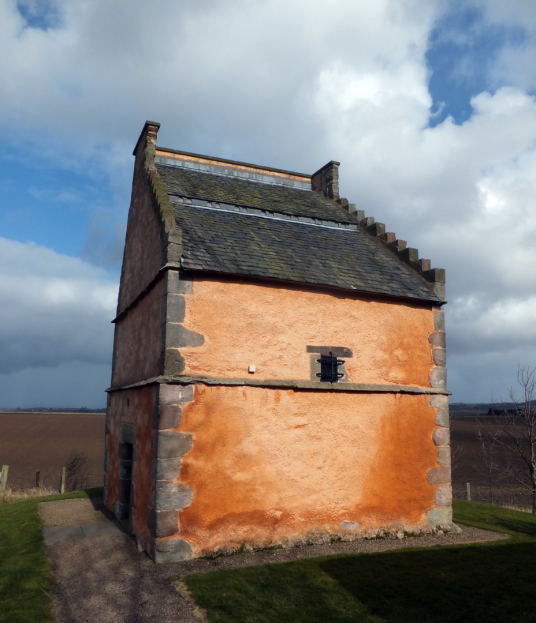 Site of 16th-century castle, of which only the lectern-style doocot remains, dated 1583 with the initials ‘GH’ for George Hepburn. ‘Athelstanfoord’ is marked on Blaeu’s map of Lothian, and the name is pronounced ‘Elshanford’. ‘Athelstonefoord’ is marked on Adair’s map of East Lothian, although it is depicted as a village. Some remains of the castle survived until the 1930s.

The lands were held by the Herries family in the 14th century, but they passed to the Hepburns. George Hepburn of Athelstaneford, a supporter of Mary Queen of Scots, was involved in the siege of Waughton Castle in 1568 and was accused of the killing of John Geddes and the wounding of others, although his son, Andrew, apparently slew Geddes. George also fought at Langside, but he was acquitted and he died in 1601. His son George inherited, while his third son was Sir John Hepburn, Marshall of France, companion-in-arms to Gustavus Adolphus, King of Sweden, and founder of the Royal Scots Regiment. He died in 1636 after being shot at the siege of Saverne. 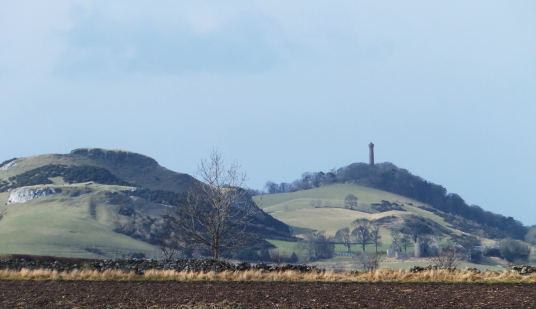 The property was purchased around 1664 by Francis Kinloch, along with Gilmerton and Markle. He was Lord Provost of Edinburgh and in 1686 was made a baronet of Nova Scotia, five years before he died. His son, another Francis, succeeded, and an act of 1706 confirms a weekly market to be held on a Tuesday and a yearly fair on 2 of July at the town of Athelstaneford belonging to Sir Francis Kinloch of Gilmerton. The family improved the village, which remains an attractive place, in the 1780s, building a new church, manse (Fairnielaw House) and school. The Kinlochs have a burial enclosure [NT 533773] by the parish church. 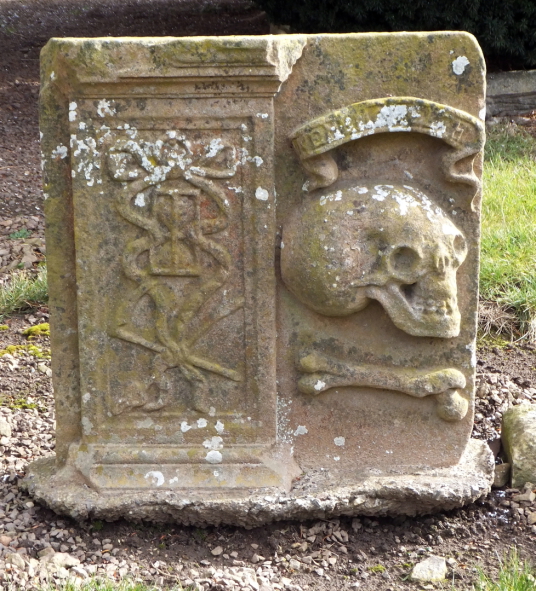 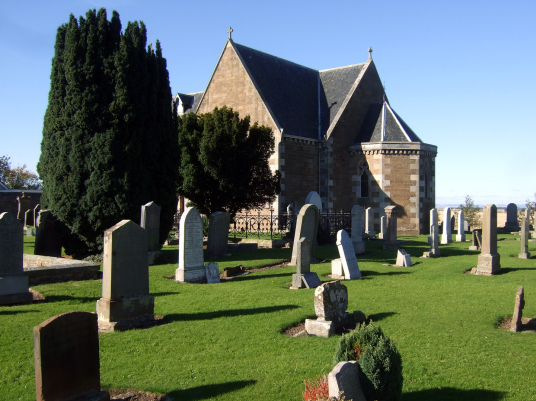 In a lovely spot with fine views, the present church is on a much older site dating from 1176 or earlier, was altered in 1864, and there are many interesting old carved burial markers from 1700 or earlier. Robert Blair, poet and minister, who died in 1746, and John Home, minister and dramatist who died in 1808, are buried here. 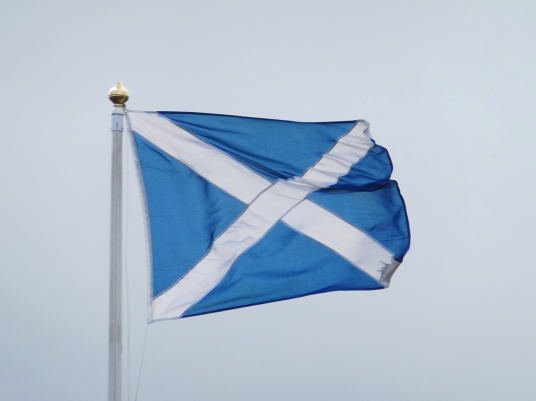 The doocot (at the back of the church), which is harled and orange-washed, has been restored as the National Flag Heritage Centre to house an unmanned audio-visual display which briefly describes the story around the battle in 832 when the Picts and Scots defeated the Northumbrian King Athelstane. The story goes that a white cross of clouds was seen floating against the blue sky (the saltire or St Andrews Cross), and this was then used as the national flag of Scotland.