Argyll & Dunbartonshire: To south of Dumbarton, on minor roads south of A814, on a promontory on the north side of River Clyde, at Dumbarton Castle. 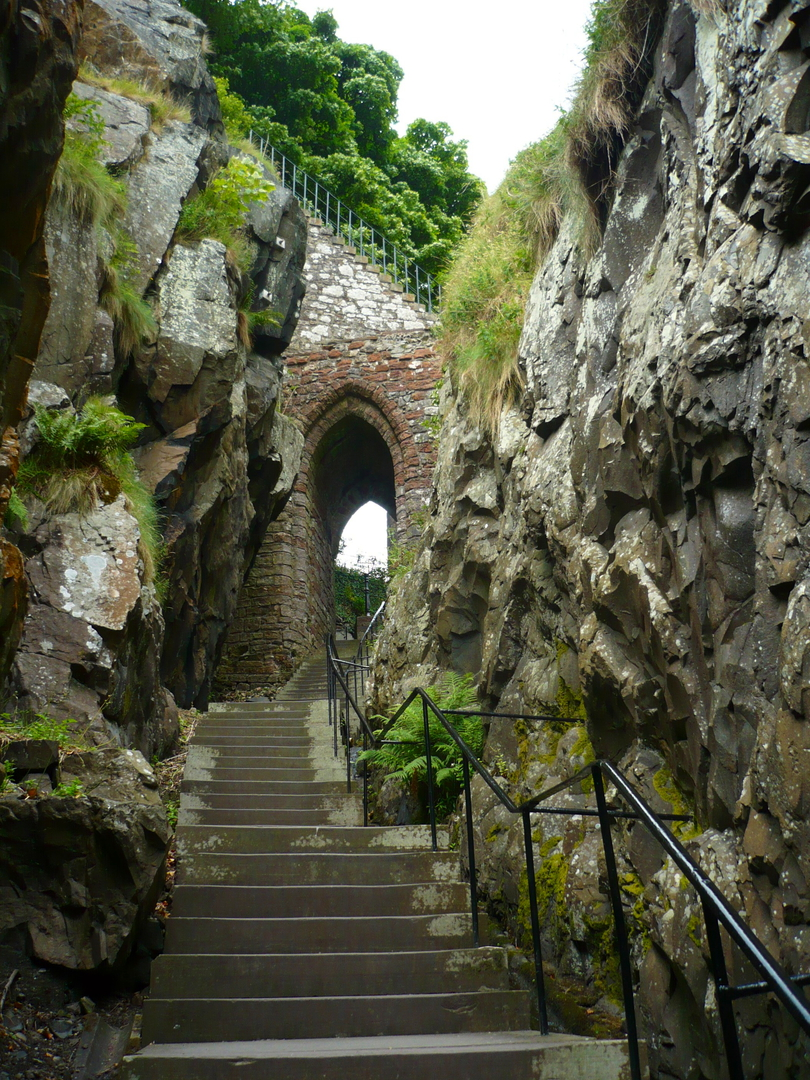 Little survives of the medieval Dumbarton Castle on its twin-peaked hill. Most of what remains are 18th- and 19th-century fortifications, as well as the Georgian governor’s house, except for the 14th-century entrance. The castle stands in a prominent spot, commanding the Clyde, and there are fantastic views from the summits. 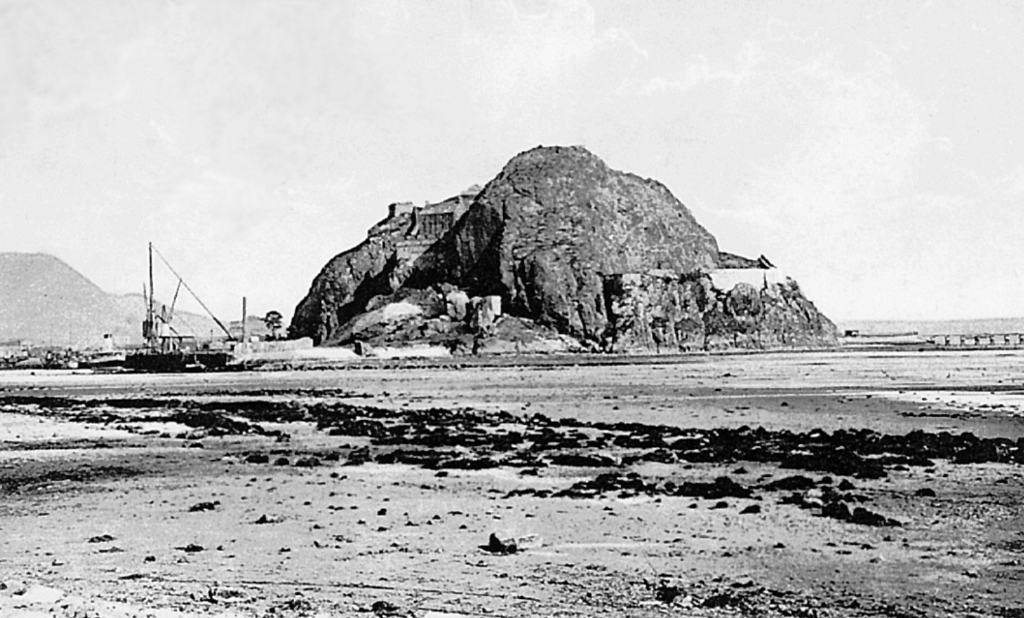 Meaning ‘fortress of the Britons’, Dumbarton is first mentioned around 450 as the stronghold of Alcluith of the kings of Strathclyde. In 756 it was captured by Picts and Northumbrians, and in 870 was besieged by raiders from Ireland, who captured the rock only after four months of fighting, starving the garrison into surrender. Owen the Bald, the last King of Strathclyde, died at the Battle of Carham in 1018, and Strathclyde was absorbed into the kingdom of Scots. 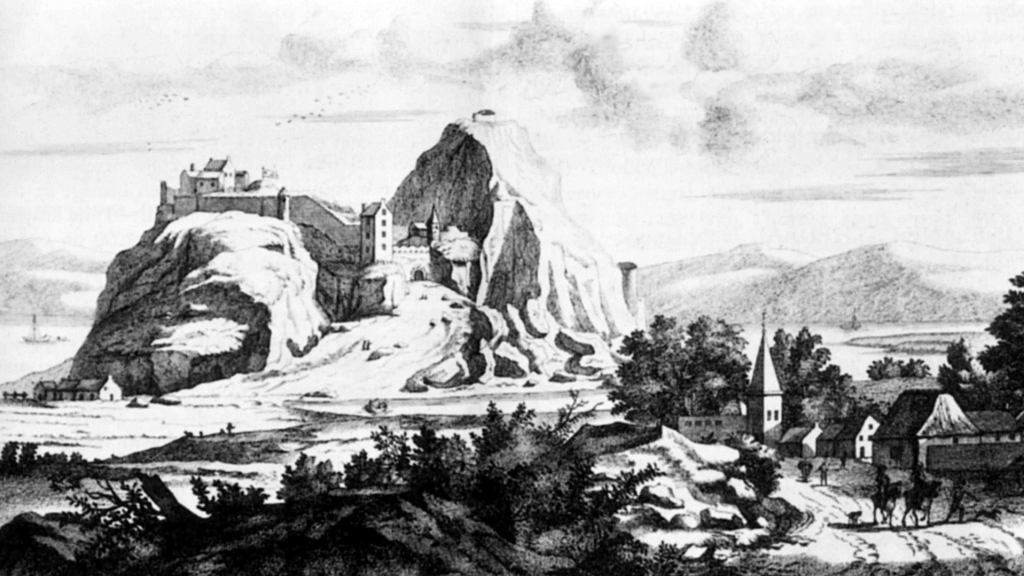 Dumbarton became a royal castle, and was a formidable fortress. William Wallace was held here before being taken to London for execution in 1305. In 1333 the young King David II and his queen Joan sheltered in the castle during fighting with the English. In 1489 James IV besieged Dumbarton twice to oust the Earl of Lennox, the second time successfully, and then used it as a base to destroy the Lord of the Isles. 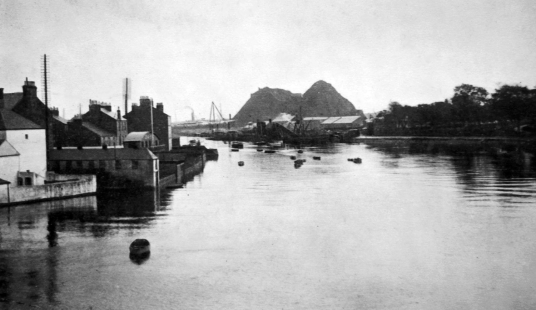 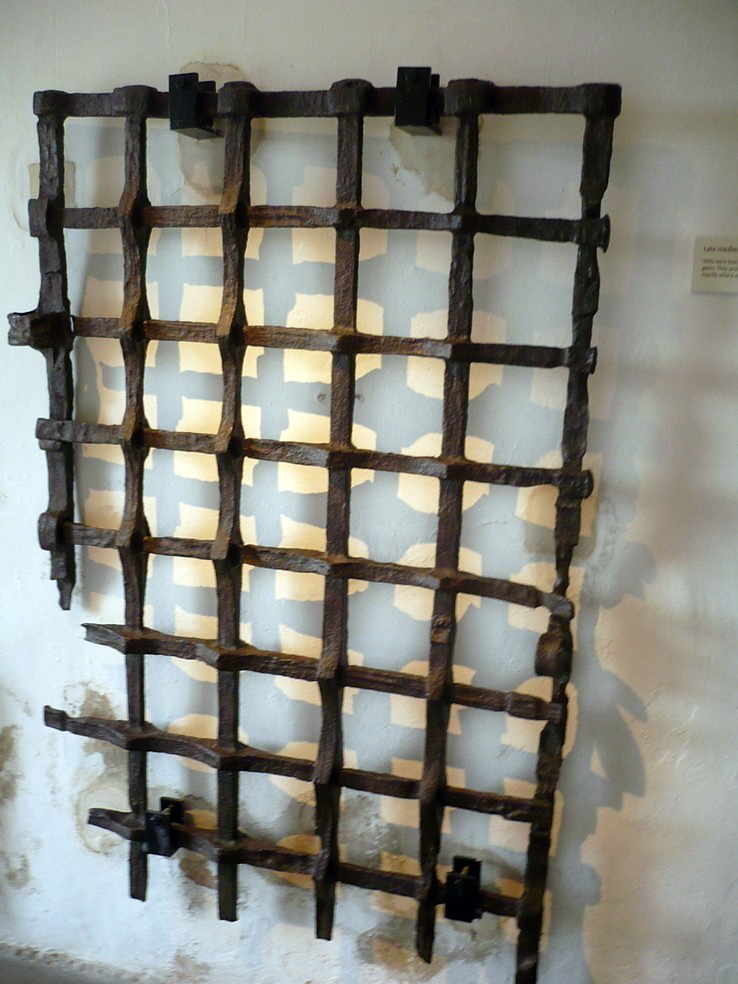 The castle changed hands many times in the 16th century, between various factions, but after the disastrous Battle of Pinkie in 1547, the young Mary, Queen of Scots, was kept at Dumbarton for some months before being taken to France. The castle changed hands again, but was retaken in 1562 and held for Mary until 1571. James Douglas, Earl of Morton, and Patrick Stewart, 3rd Earl of Orkney, were imprisoned here in 1581 and 1614 respectively. The castle was captured and recaptured several times in the 1640s, but in 1654 a Royalist force made a successful surprise attack on Cromwell’s garrison. 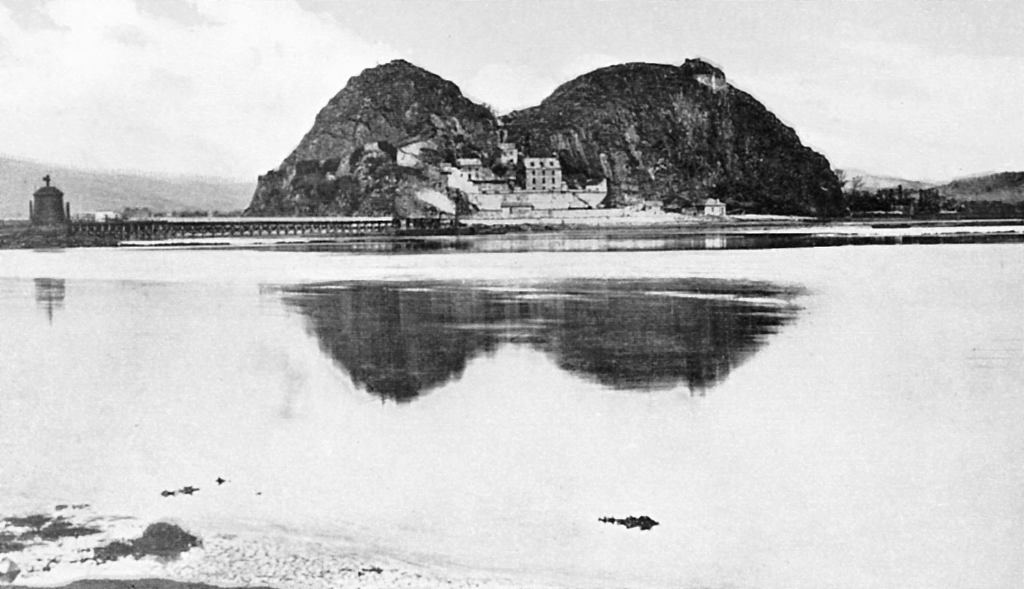 Lord George Douglas, younger brother of the Earl of Selkirk, was made Earl of Dumbarton in 1675, and was a Lieutenant General in the French army of Louis XIV. As a Catholic, Douglas accompanied James VII into exile in 1689 and died in France in 1692 and was buried at Abbey of Saint Germain des Pres. He married Anne Wheatly, daughter of George, Duke of Northumberland, and they had a son, George. George became a Lieutenant Colonel in the French army but when he died in 1749 without issue the title became extinct.

The title was given to Prince Harry in 2018 on his marriage to Megham Markle, making him the 3rd Earl of Dumbarton, as well as Duke of Sissex. 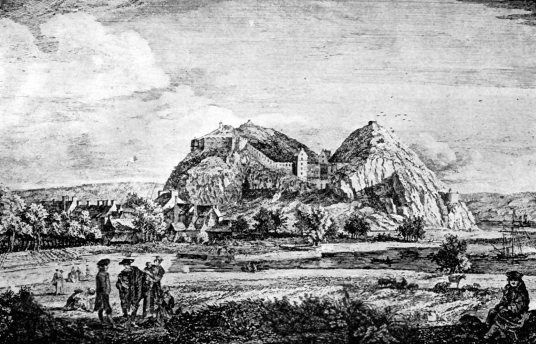 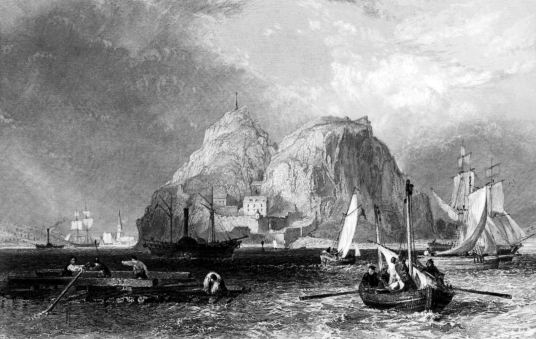 The old castle was badly damaged during this period, and improvements were begun in 1675 and carried on until the middle of the 18th century to develop Dumbarton as an artillery fortification and garrison. Further renovations were made to develop the castle for coastal defence during the 1790s, but nothing remains of the medieval castle except for the 14th-century portcullis arch. 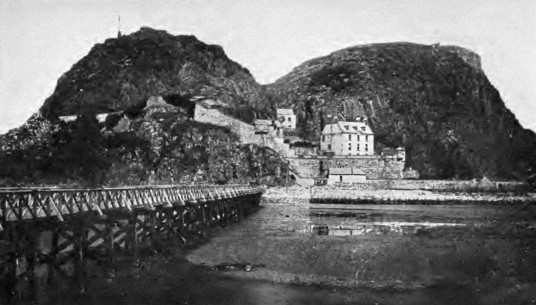 One story is that the castle terrace is haunted by the headless apparition of a sentry, mostly seen on fine moonlit nights.