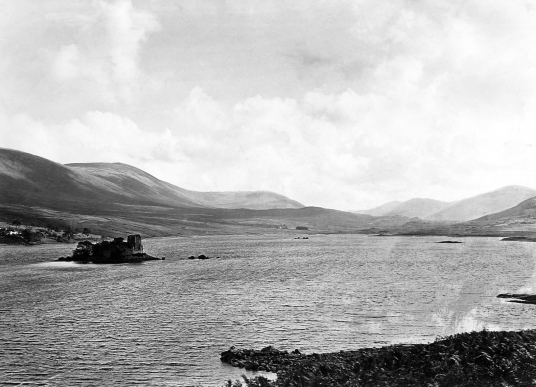 Loch Doon Castle is a ruined 13th-century courtyard castle, polygonal (11-sided) in plan, which formerly enclosed ranges of buildings, including a 16th-century tower house. There were two entrances. It originally stood on an island in the middle of the loch but, when in 1935 the water level was raised by a hydroelectric scheme, the castle was moved to the present site, although the 16th-century tower was not rebuilt for some reason…

Loch Doon Castle: before being moved and with the remains of a tower house (MacGibbon and Ross)

‘Cast. Loch dun’ is marked on Blaeu’s map of Carrick, and there was also an island to the south with buildings, marked as ‘Prisonersto.’. 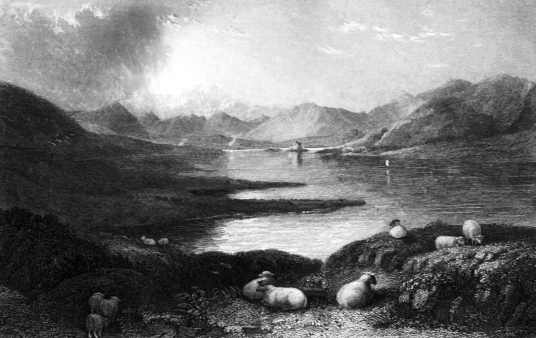 The castle was built by the Bruce Earls of Carrick, but was captured by the English in 1306, Sir Christopher Seton (also see Seton Castle), Robert the Bruce’s brother-in-law, being seized after the siege and later hanged at Dumfries. The castle was retaken by the Scots by 1314. In 1333 it was one of the six strongholds which held out for David II against Edward Balliol. 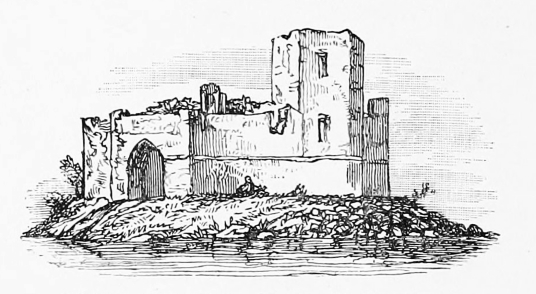 Loch Doon Castle: before being dismantled and partially rebuilt (Seton, 1899)

The place was besieged in 1446, and in 1510 Loch Doon was captured from the Kennedys by William Crawford of Lochmores, being gutted by fire. The castle was restored and reoccupied until abandoned in the 17th century. John Kennedy, Earl of Cassillis, had the heritable office of keeper of the Castle of Loch Doon in a ratification of 1672.