Ballindalloch Castle, an impressive stronghold and homely mansion in formal gardens and lovely wooded grounds, long a property of the Macpherson Grants, and near Charlestown of Aberlour in Moray in northern Scotland. 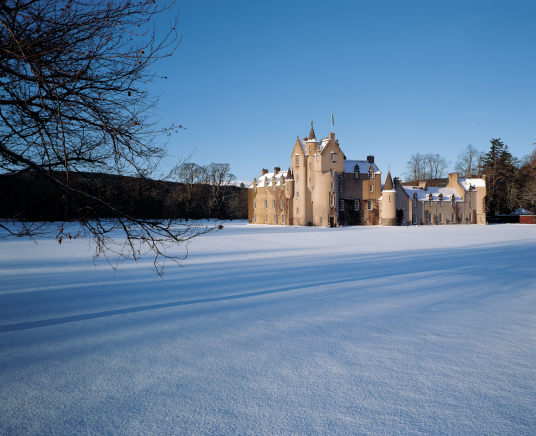 Balvenie Castle (Many thanks and © Tom Wolf www.tom-wolf.com)

Moray: About 7.5 miles south-west of Charlestown of Aberlour, on minor roads north of A95, just east of River Avon, at Ballindalloch Castle. 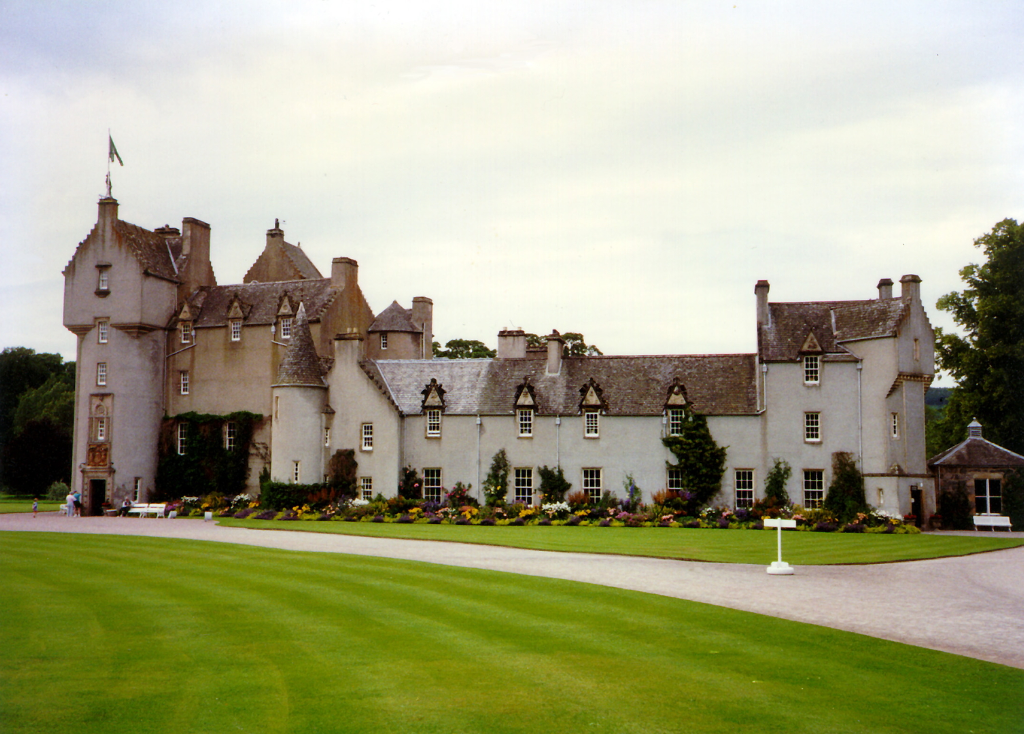 Ballindalloch Castle is an impressive, attractive and homely 16th-century Z-plan tower house, which was extended and altered in 1845. The old part consists of a main block with towers projecting at opposite corners. A round stair-tower in the middle of one front, which rises a storey higher than the main block, is crowned by a square watch-chamber. 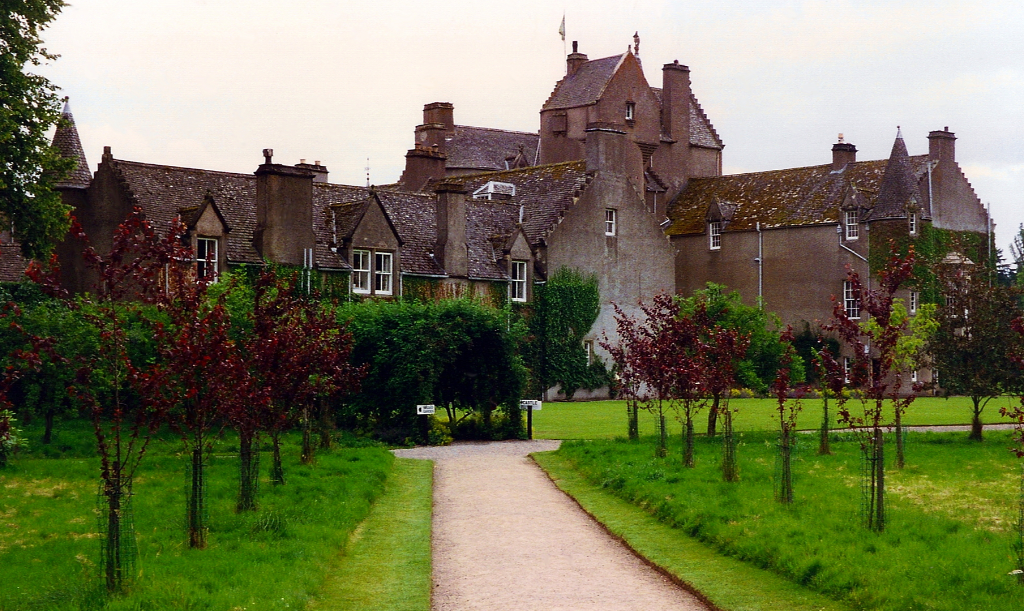 A lower wing was added in the 18th century, and in the 19th century the house was extended again. The walls of the tower are pierced by shot-holes and small windows. There are fine gardens and grounds. 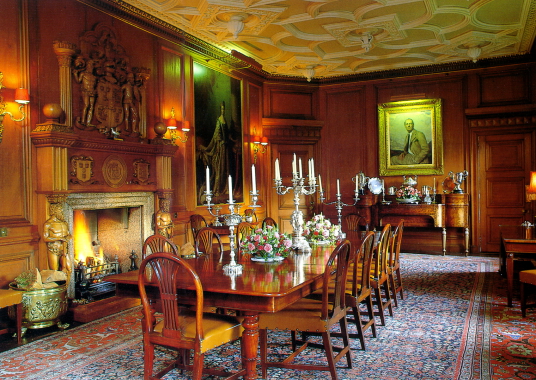 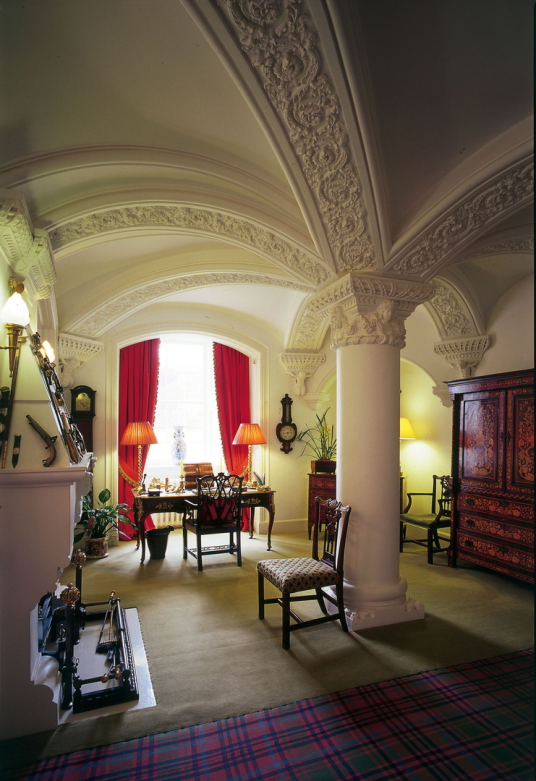 The tower has been greatly altered inside, but the basement is vaulted, and the hall would have been on the first floor, with private chambers occupying the floors above and in the towers. One fireplace is dated 1546. The castle was remodelled in the 18th and 19th centuries into an elegant and comfortable residence. 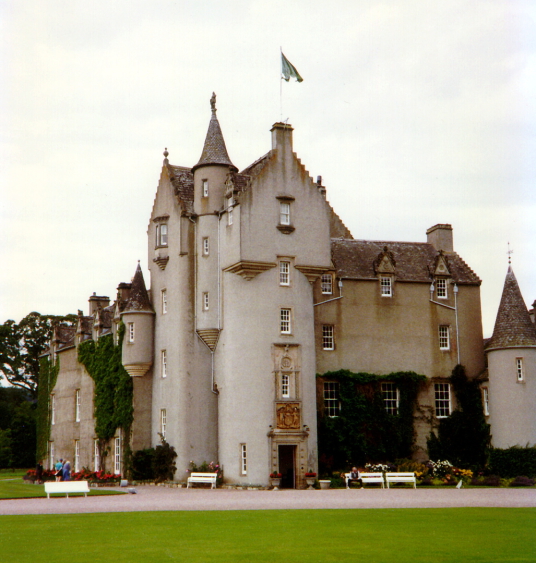 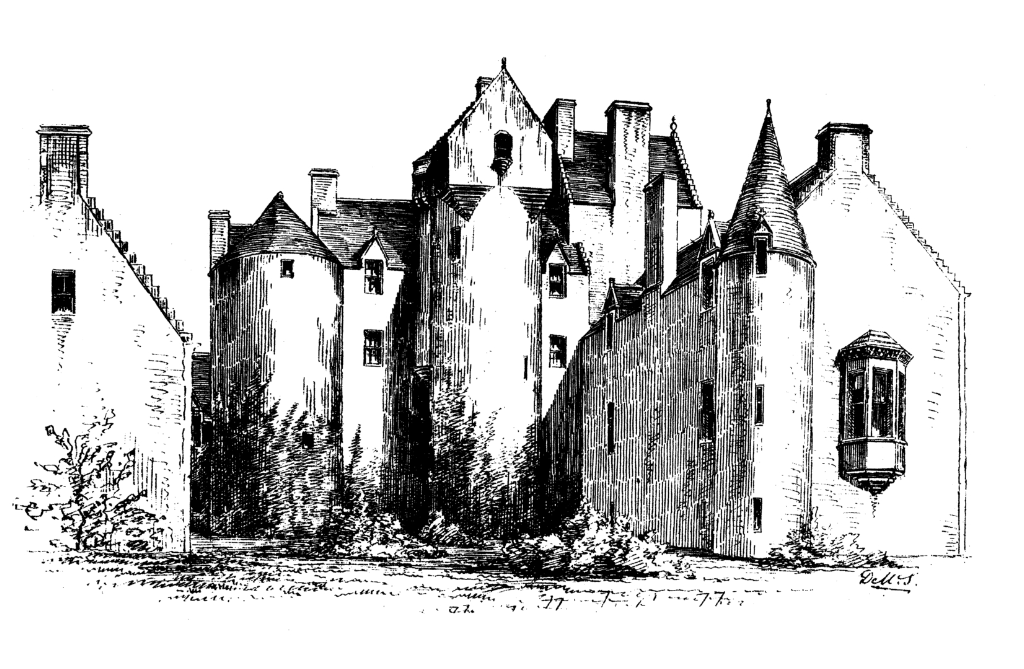 ‘Balnadalach’ is marked on Pont’s map, and the place is depicted as an L-plan tower.
The lands originally belonged to the Ballindalloch family, but passed to the Grants by 1499. There was an earlier castle, known as Castle Stripe [NJ 185361]. The story goes that the present castle was begun at another site, but any work carried out on the building was quickly dismantled, reputedly by fairies. A voice was heard telling that the castle should be built elsewhere and the present site was chosen. 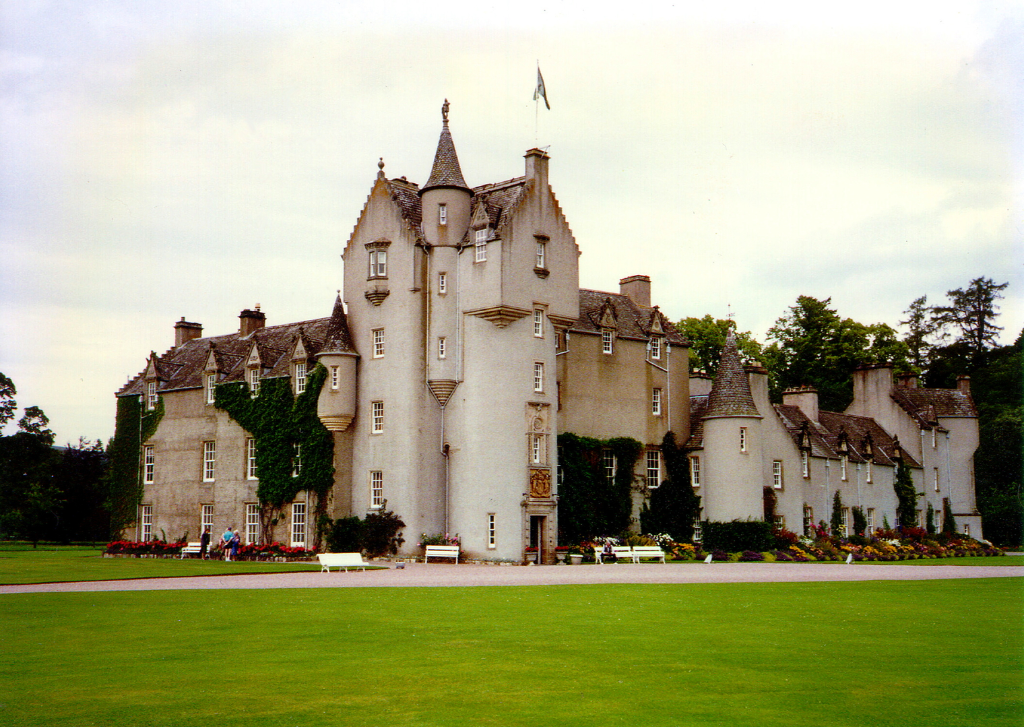 The castle was captured and sacked by the Gordons during a feud, and was burned by the Marquis of Montrose after the Battle of Inverlochy in 1645. In the 18th century, it passed by marriage to the Macphersons. The house is still occupied by the Macpherson-Grants, and among many other attractions, has an extensive collection of 17th-century Spanish paintings. 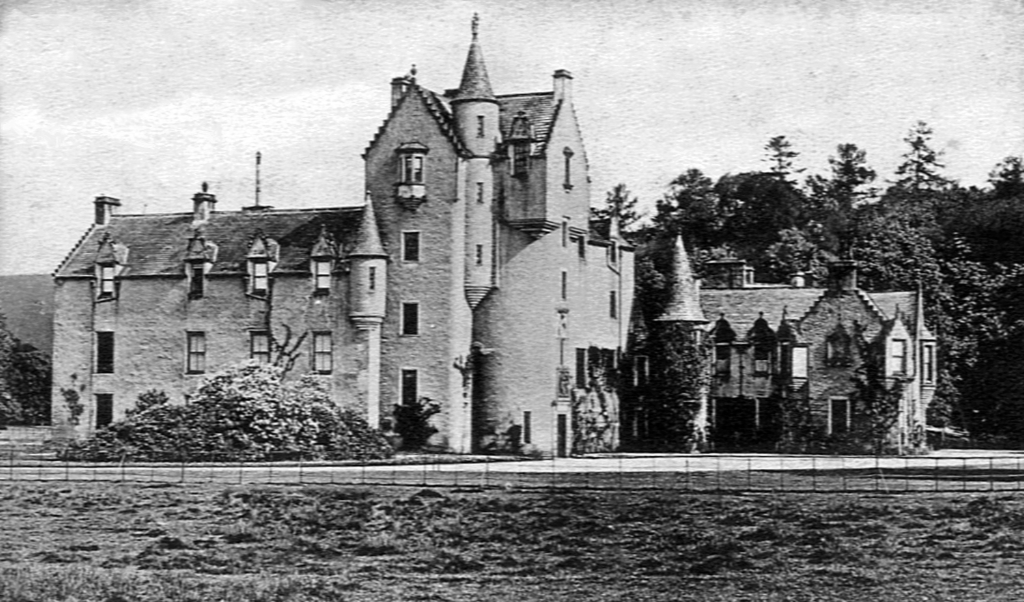 A ‘Green Lady’ has reputedly been seen in the dining room, and reports of a ‘Pink Lady’ are also recorded. Another ghost is said to be that of General James Grant, who died in 1806. Grant was very proud of the improvements he had made to the estate, and his phantom is said to ride around the lands every night to survey his achievement. He is then said to go into the wine cellar.
Another ghost, reportedly seen at the nearby Bridge of Avon, is that of a girl believed to have been unlucky in love.