Ayrshire: About 3 miles north-east of Troon, on minor road south of A759, 0.5 miles west of Dundonald, at Auchans. 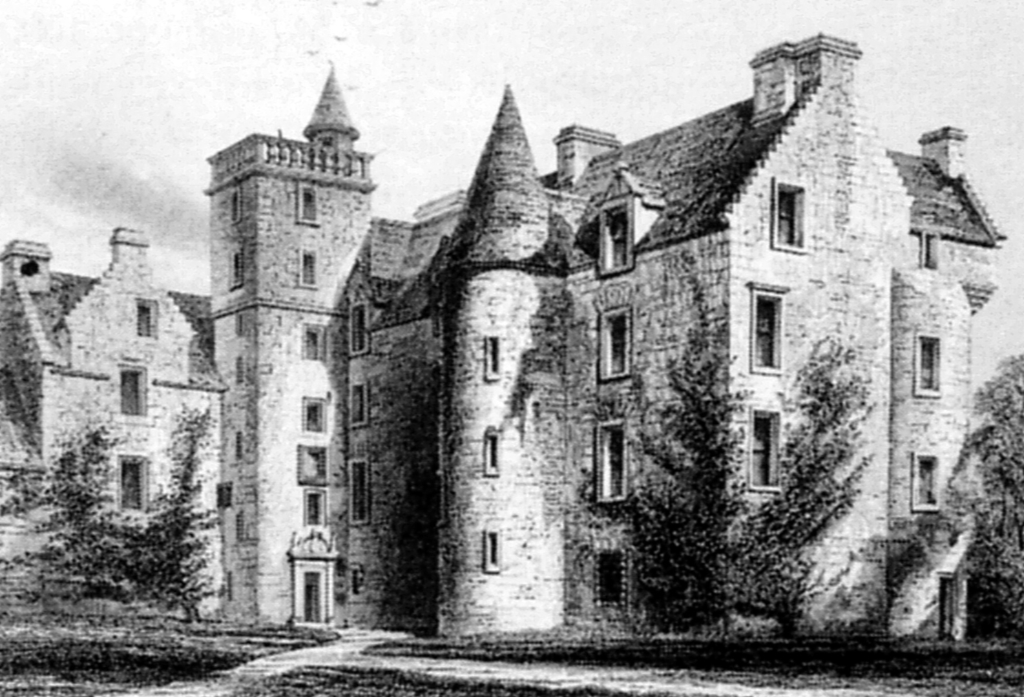 Auchans incorporates a much-altered 15th-century tower in an L-plan house. It consists of a long main block of three storeys and an attic and a lower wing. A square stair-tower stands in the re-entrant angle, while a round stair-tower is capped by a square corbelled-out watch-chamber.
Apart from the vaulted kitchens, the floors have all collapsed, and the building is very ruinous and overgrown. 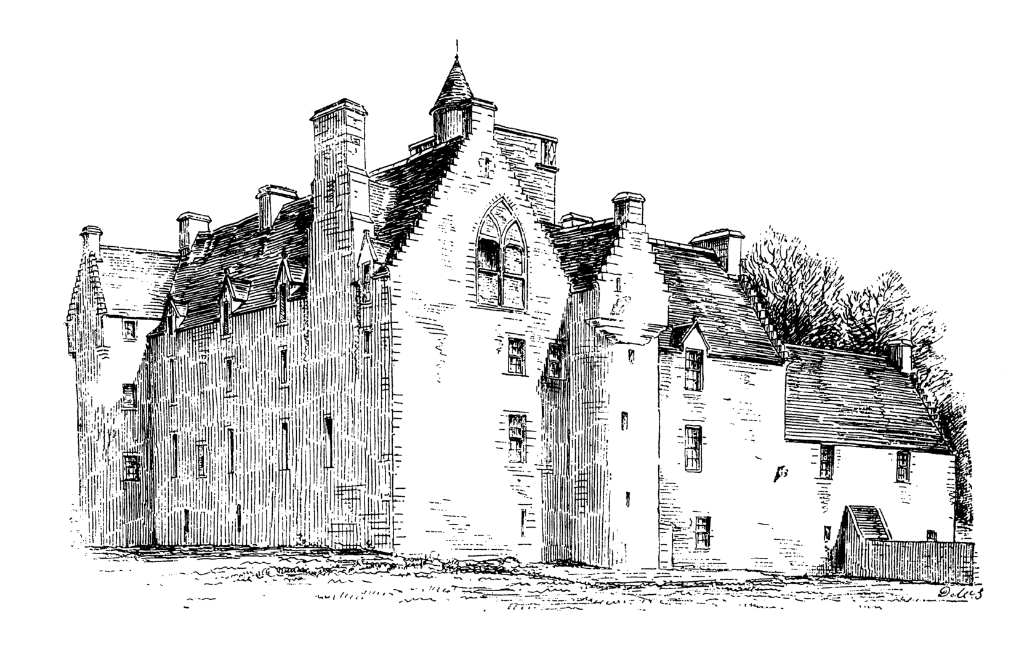 ‘Aghans’ is marked on Blaeu’s map of Kyle, depicted in a wooded park.
Auchans was a property of the Wallaces. One of the family, Colonel James Wallace, was a Covenanter, and led the Pentland Rising of 1666. The property was sold to the Cochranes of Coldoun, who altered and extended the house by demolishing much of Dundonald Castle. Sir William Cochrane suffered during the Civil War of the 1650s for supporting the Royalists, but was rewarded by being made Earl of Dundonald in 1669.
The property passed to the Montgomery Earls of Eglinton, and was the home of the beautiful Susanna Kennedy of Culzean, widow of the 9th Earl. She remained a staunch Jacobite until her death in 1780 at the age of 91. The poet Allan Ramsay dedicated his work The Gentle Shepherd to her. According to tradition, in her old age she trained rats which she would summon to dine with her.
The house was later divided into workers flats, fell into disrepair, and is ruinous.
A new Auchans [NS 360349] was built around the beginning of the 19th century, but this was sold in 1960 and demolished and a housing estate occupies the site.
An underground passage is reputed to link Auchans to Dundonald Castle.