Fife: About 2 miles west and south of Inverkeithing, in Rosyth Dockyard, west of minor road from B981, Murray Road, south of Rosyth, at Rosyth Castle. 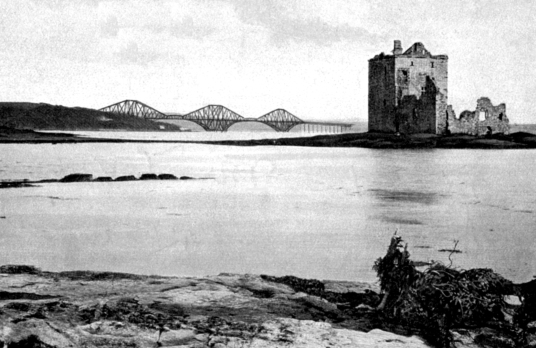 Once standing on a small island connected to the mainland by a causeway, Rosyth Castle is an altered 15th-century tower, now L-plan. It consists of a main block of three storeys and an attic, and a projecting stair tower, and stands in a ruined 16th-century courtyard. The courtyard was formerly enclosed by a high barmkin wall and ranges of buildings, but these have mostly gone on two sides. The castle is dated 1561. 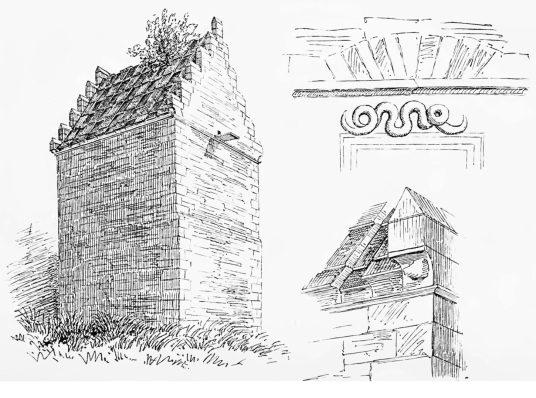 To the north, in Orchardhead Wood, there is a rectangular barrel-vaulted doocot [NT 110822], dating from the 16th century. 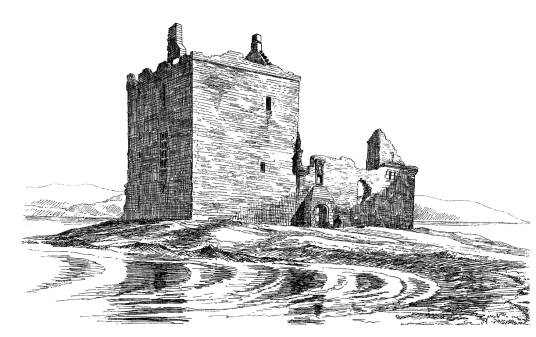 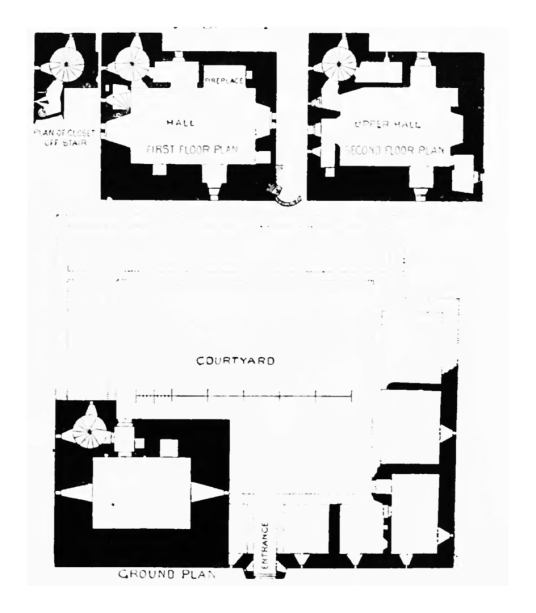 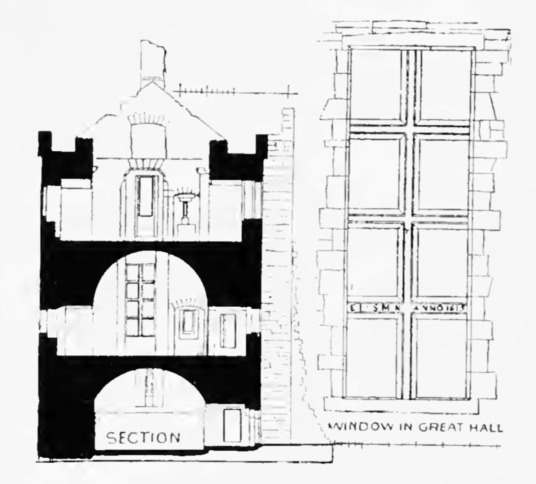 The entrance to the castle is in the re-entrant angle and leads, through a lobby, to the vaulted basement and to a stair to the first-floor hall. The hall is barrel-vaulted, and has a large 17th-century window. The second floor was occupied by a single chamber, and there was a garret.

‘Rosyth C.’ is marked on Blaeu’s map of Fife, and the tower and fortalice are mentioned in a ratification of 1587. 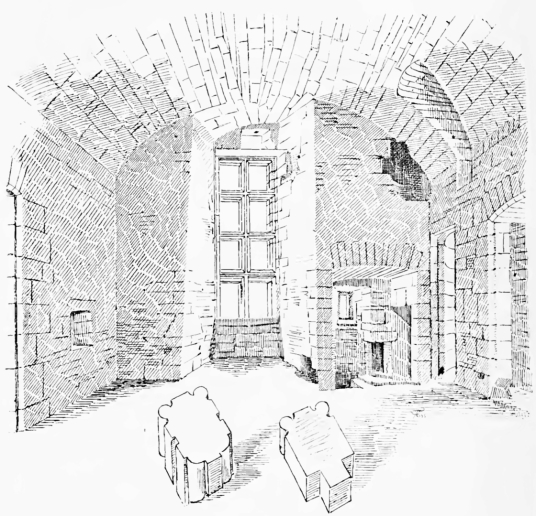 This was a property of the Stewarts of Rosyth from 1428 until the beginning of the 18th century. It was for the family that Walter Bower, Abbot of Inchcolm, compiled a history of Scotland, known as the ‘Scotichronicon’, in the 1440s. One of the family, Robert Stewart of Rosyth, was a supporter of Mary, Queen of Scots, and Harry Stewart, laird of Rosyth, had a ratification of 1592 which mentions the tower, fortalice etc. James Stewart of Rosyth, was imprisoned in 1647 for being a Royalist, and Rosyth was sacked by Cromwell’s forces in 1650. 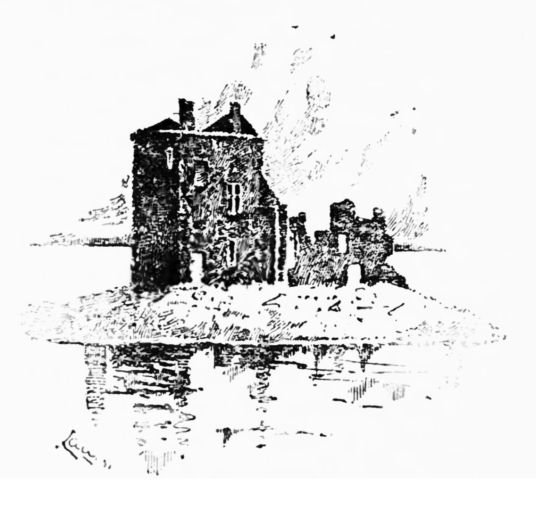 In the 18th century the property passed to the Primrose Earl of Rosebery, then went to the Hope Earl of Hopetoun.
The castle stands in the dockyard at Rosyth, now surrounded by reclaimed land.