Slains Castle, the sprawling and magnificent ruin of a once splendid cliff-top castle and mansion of the Hay Earls of Errol, near Cruden Bay in the northeast of Scotland. 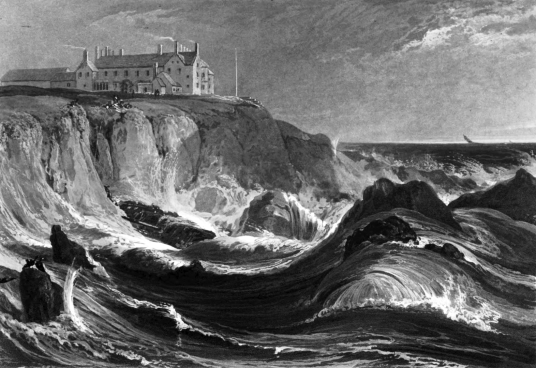 Banff & Buchan: About 1 mile east of Cruden Bay, on minor roads and foot east of A975, on cliffs above sea, at (New) Slains. 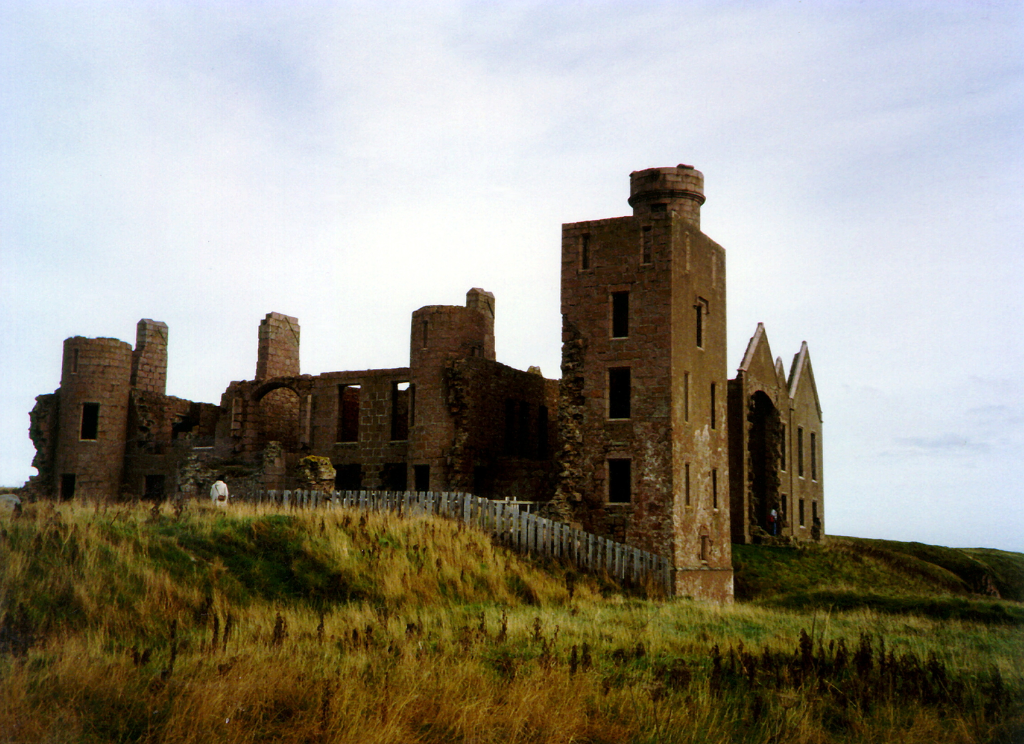 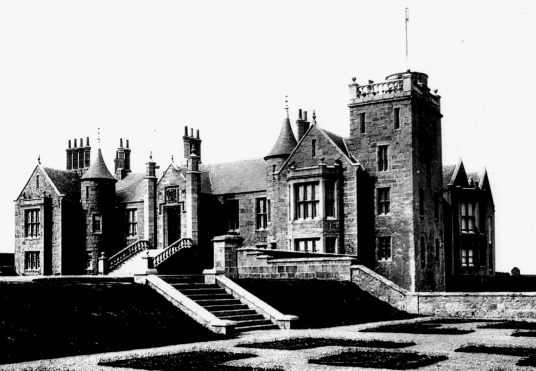 The huge ruin of Slains (or New Slains) Castle, standing on precipitous cliffs above the sea, incorporates part of the basement of the 16th-century tower house of Bowness. The castle now consists of mostly two-storey buildings around a central courtyard, with adjoining ranges, and a tall four-storey tower with a round stair-turret. 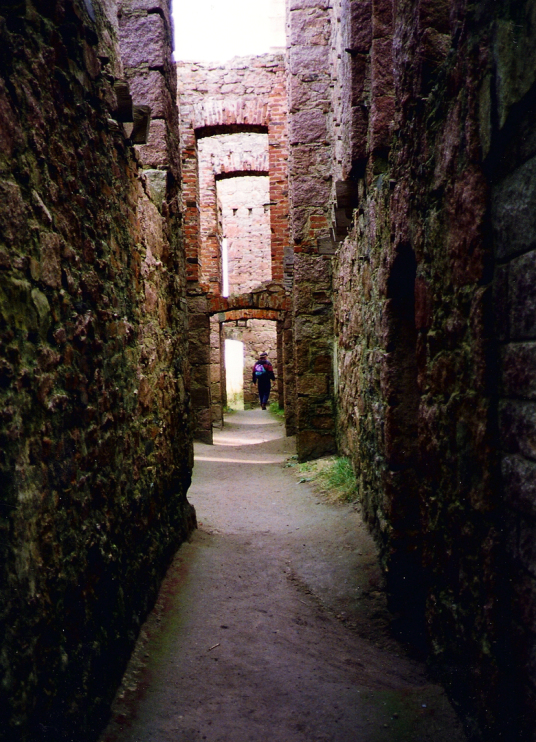 The building was greatly altered in 1664, when a corridor was inserted within the courtyard, and was substantially rebuilt and granite faced in 1836. There were extensive gardens. 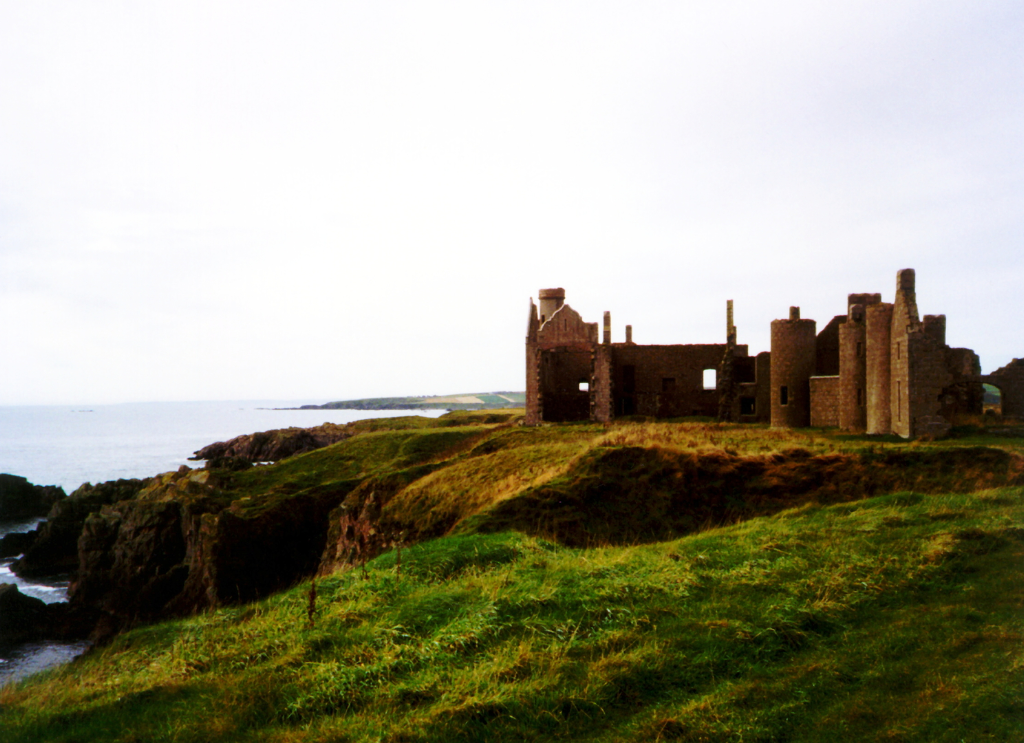 ‘Bowness’ is probably marked on Pont’s map of Buchan, although it is difficult to decipher. 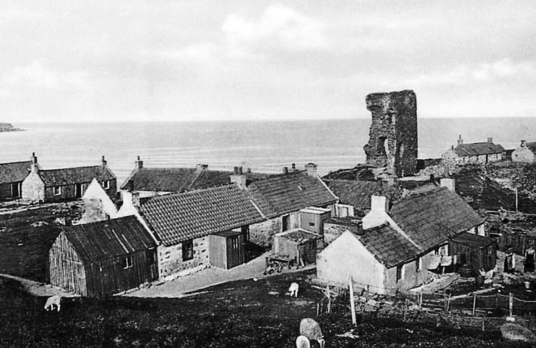 The present castle was built by Francis Hay, 9th Earl of Errol, after James VI had destroyed his castle at what is now known as Old Slains [NK 053300], further south down the coast near Collieston, after the Hays had taken part in the rebellion of 1594 along with the Earl of Huntly. Not much more than one crumbling wall with a window or doorway survives from this building. 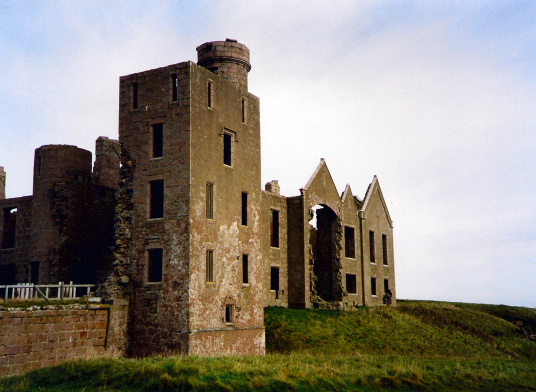 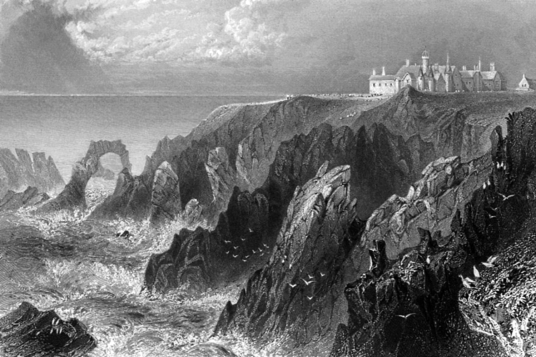 Dr Johnson and Boswell visited the newer Slains in 1773. Bram Stoker had the inspiration for writing Dracula here, after staying in a cottage near Cruden Bay and perhaps visiting the castle, although the building was not a ruin at the time, as some have suggested. 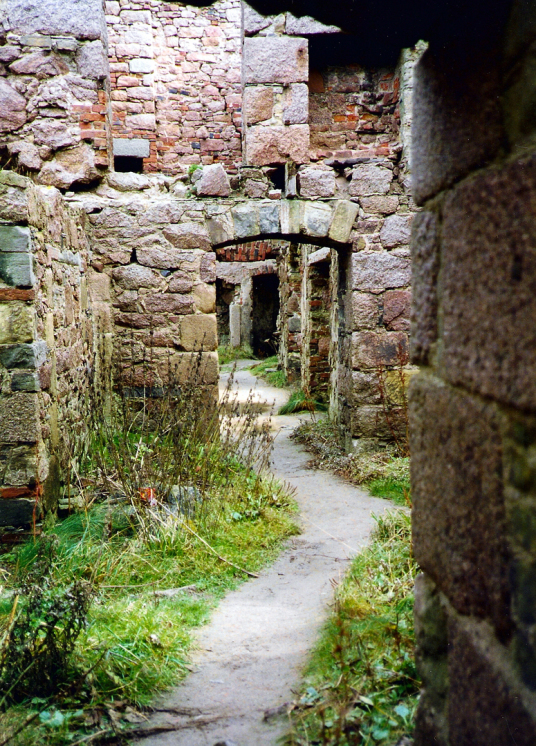 The property was sold by the Hays in 1916, apparently because of crippling death duties, and unroofed in 1925. Recent reports suggest that there are plans to turn the ruins into a holiday complex, which would be a shame as it as a grand ruin, although so far they have come to nothing. 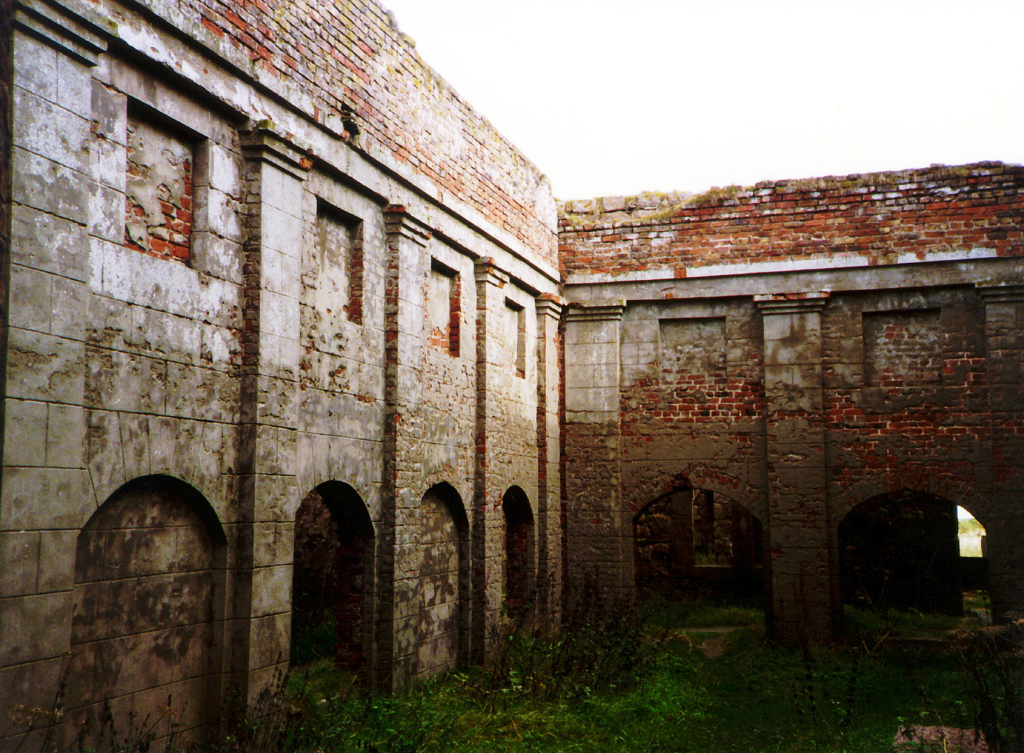 The castle is in a dangerous location near cliffs, and great care should be taken, particularly with children. A 15-year-old boy fell to his death here in 2013.
Some accounts have the castle haunted by the ghost of Victor Hay, 21st Earl of Errol, who died in the first quarter of the 20th century. 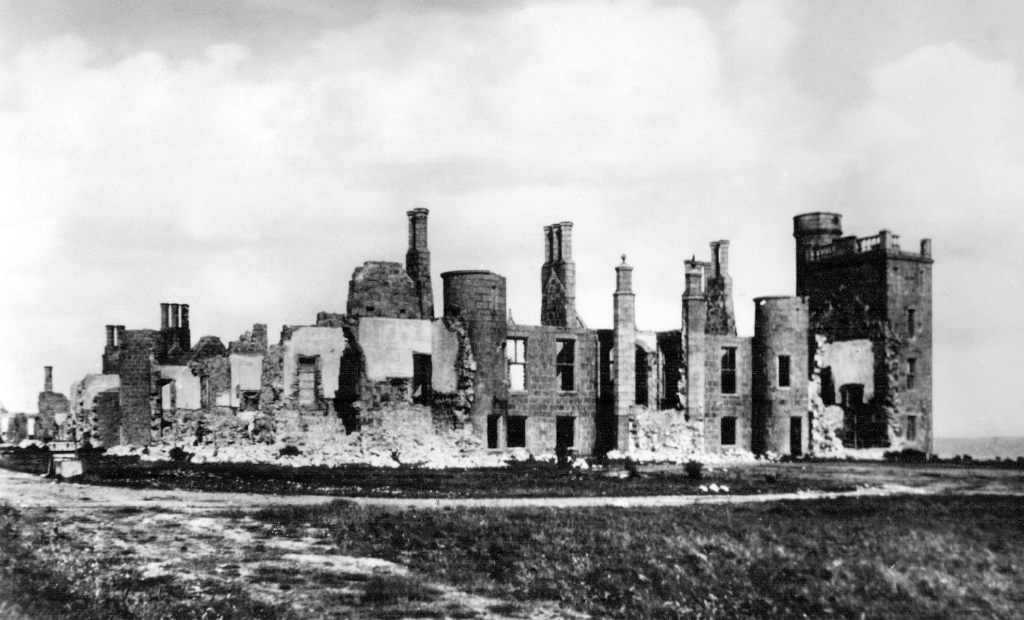 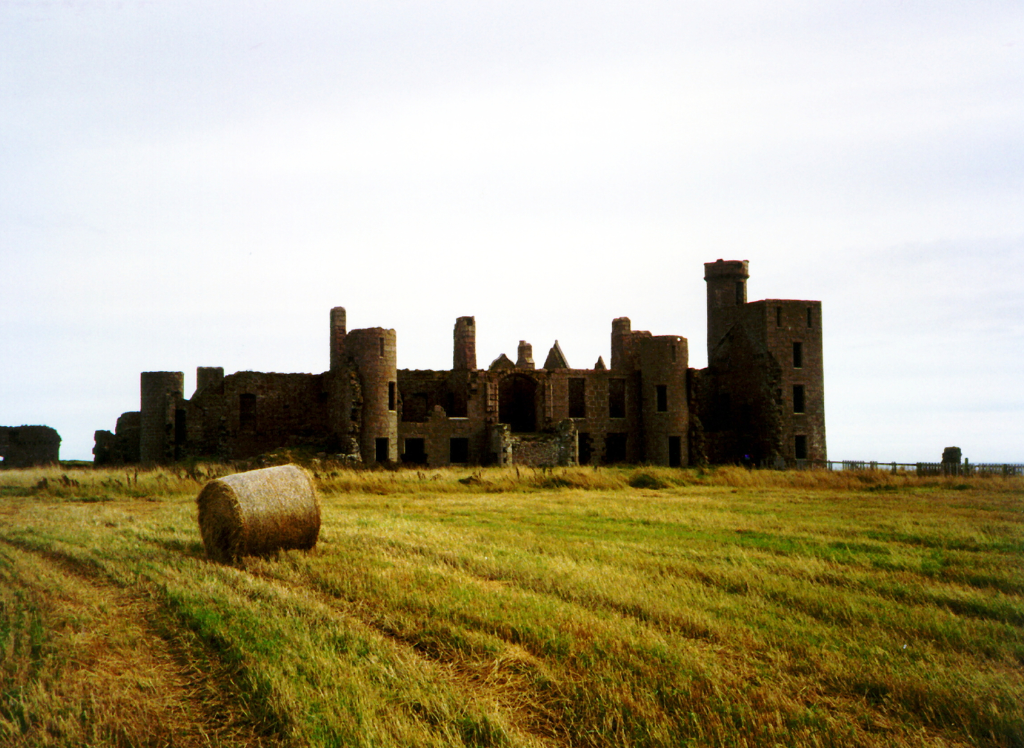