Glasgow Cathedral: open to the public. 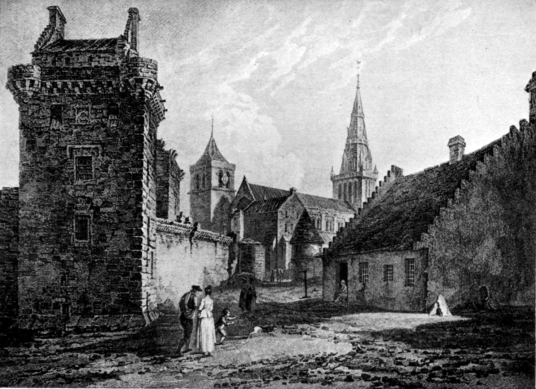 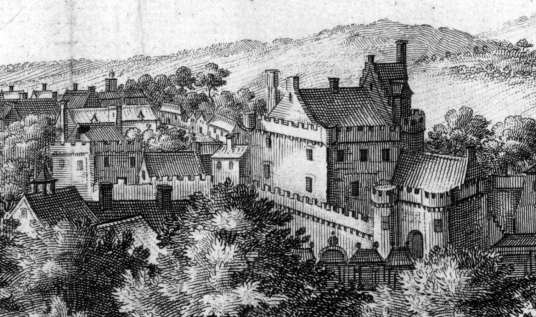 Almost nothing remains of a 12th-century castle. Carved stones from the castle are on display within the crypt of Glasgow Cathedral. ‘Glasgva’ is prominently marked on Pont’s map of Lanark, where the layout of the city is depicted with the cathedral and probably the adjacent castle. 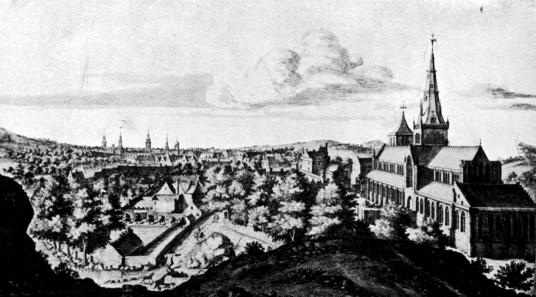 This was a royal castle in 1258, but it had become the Bishop’s residence by the 14th century. It was recaptured from the English by William Wallace in 1296, but was garrisoned by Edward I of England in 1301. Bishop John Cameron built a large tower of five storeys in the 15th century, then in the early 16th century Archbishop James Beaton constructed the curtain wall and built a ‘great’ tower at the south-western corner on the site, which is now occupied St Mungo’s Museum, while in 1544 a magnificent gatehouse, flanked by round towers, was built on the southern wall by Archbishop Gavin Dunbar, adjacent to the present location of the gate to the Necropolis. 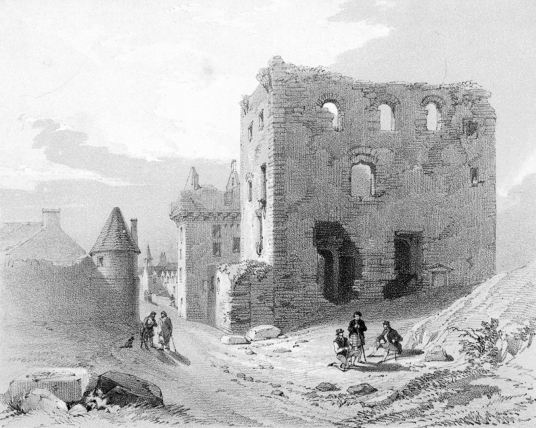 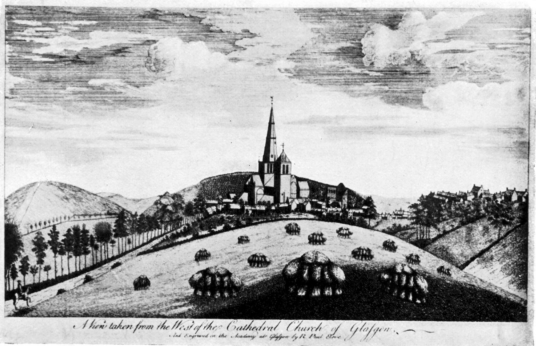 In 1544 the castle was besieged by the Regent Arran after the Battle of Glasgow Muir, when it was held by the men of the Earl of Lennox. The surrender of the castle was negotiated on condition that the garrison would be allowed to go free; however Arran hanged the leaders. In 1571 the Hamiltons tried to seize the castle for Mary, Queen of Scots, but the garrison of 24 inexperienced men held out until relieved by the approach of English troops. 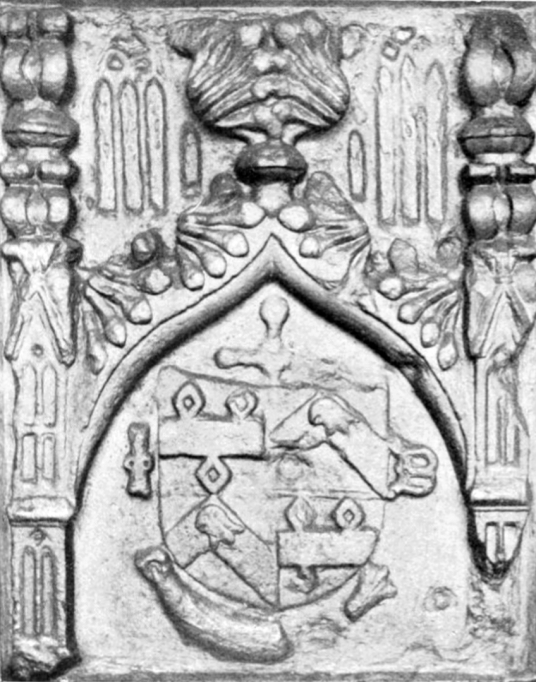 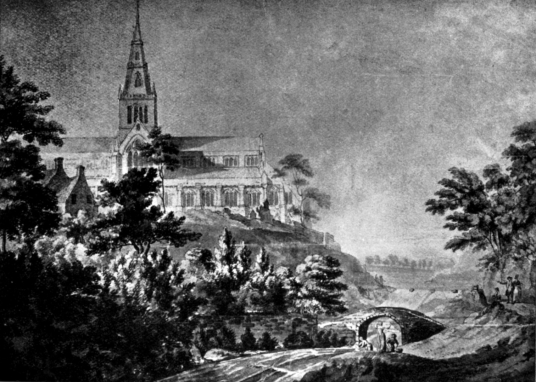 The castle was abandoned as a residence in the late 17th century, but was then used as a prison, including to hold captives during the 1715 Jacobite Rising. The castle was ruinous by 1727, and the site was cleared for the building of the Royal Infirmary in 1789. A stone, making the site, is in the grounds of the infirmary. 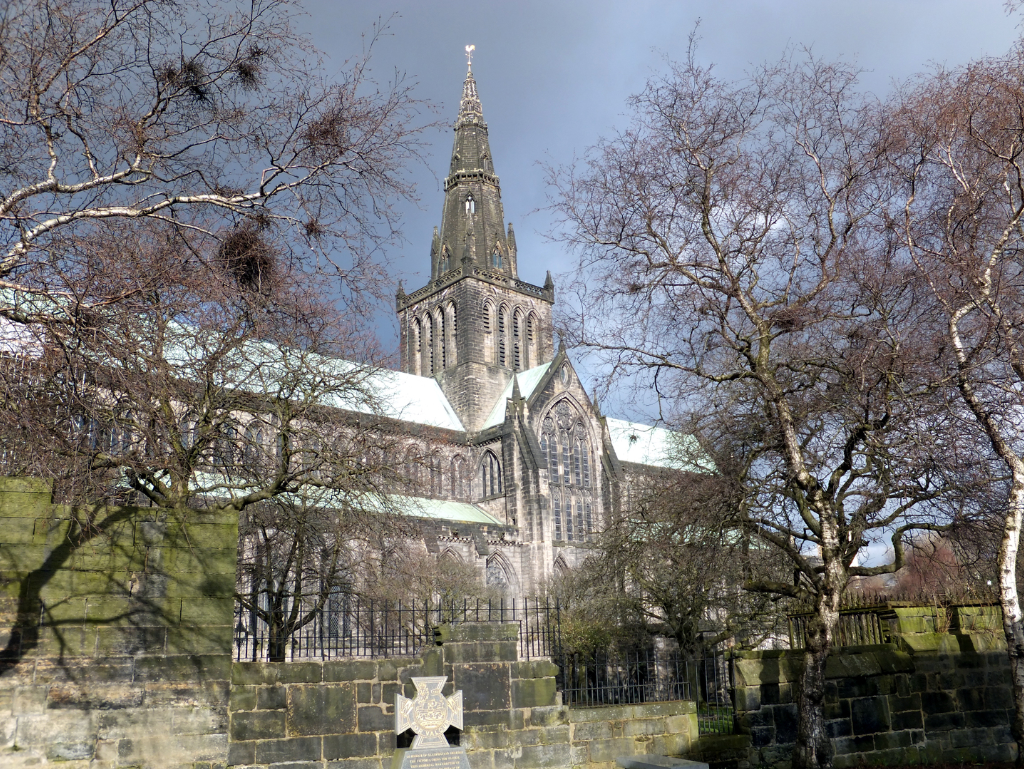 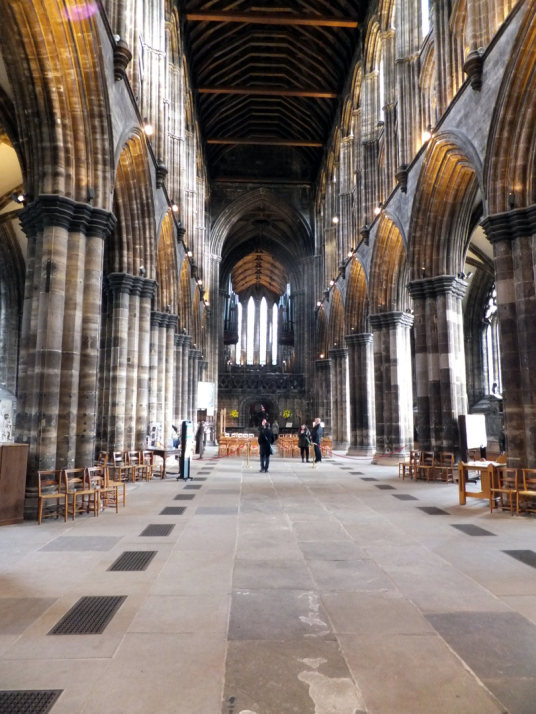 The hugely impressive, although a tad gloomy, Glasgow Cathedral [NS 602656] is the only Scottish medieval cathedral to have survived the Reformation more or less intact. The cathedral houses the shrine of St Mungo and the carved tomb of Bishop Robert Wishart, a leading player in the Wars of Independence. The head of his effigy, however, has been destroyed. There are also many other memorials, as well as the atmospheric Blackadder Aisle, and an interesting burial ground. Provand’s Lordship and St Mungo‘s Museum of Relgious Life are close by.

The crypt was used as L'Hopital des Anges in the TV series Outlander, and the cathedral was also used as a location in the Netflix movie Outlaw King, about Robert the Bruce. 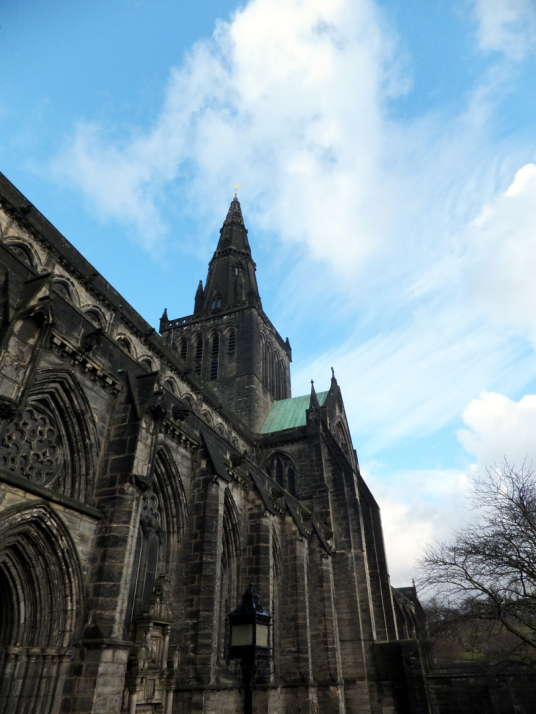 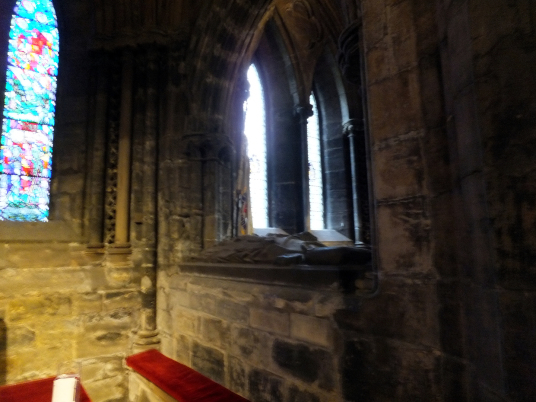 The International Exhibition of Science, Art and Industry was held at Kelvingrove Park in Glasgow in 1888, and one of the exhibits was a 'recreation' of Glasgow Castle. 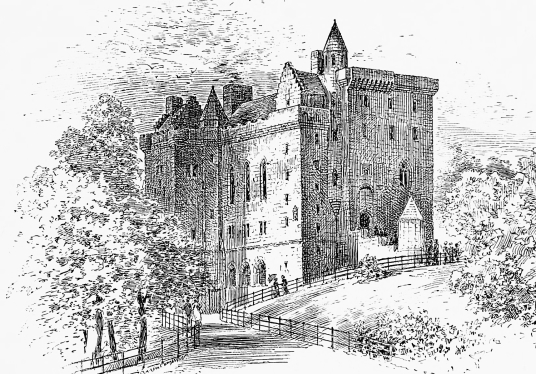 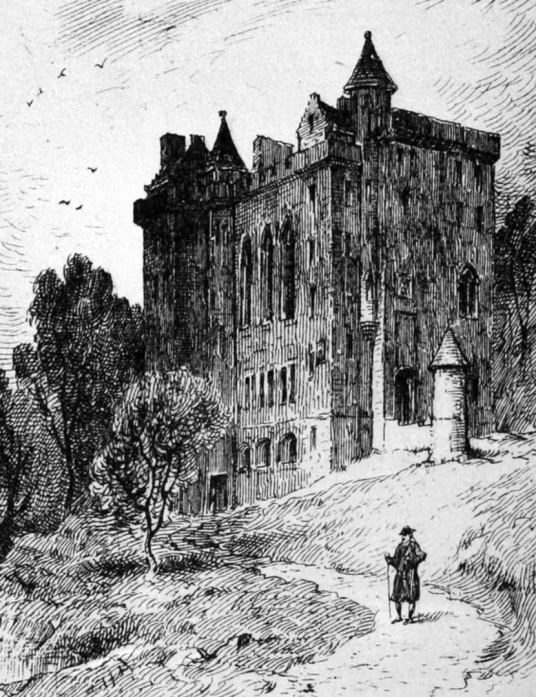 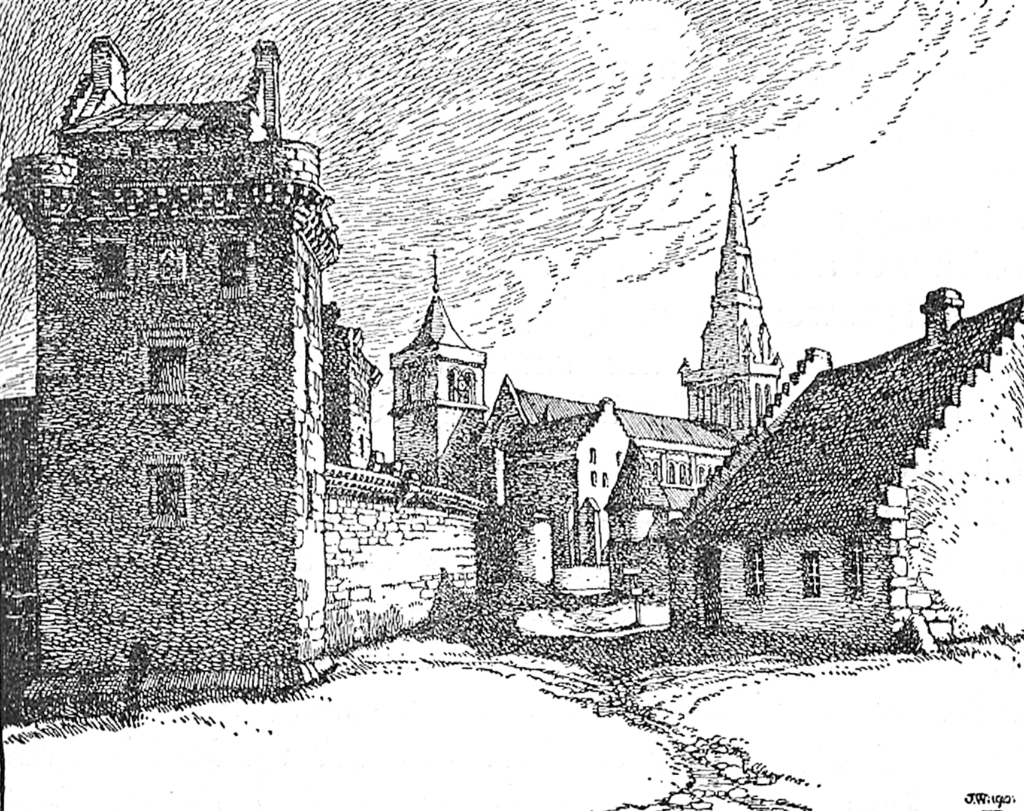