Lothians: About 2 miles north-east of Tranent, on minor roads south of A198, 1 mile south-west of Longniddry, at St Germains House. 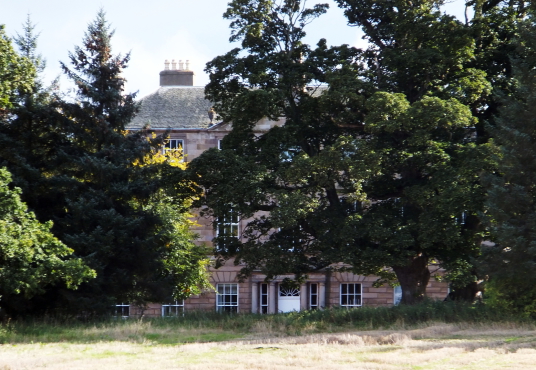 Site of old house or castle, probably developed out of the remains of a medieval hospital, which was dedicated to St Germain and was the only Bethlehemite establishment in Scotland. The name is from a property in France. In wooded grounds, the present house dates from the 18th century, but incorporates older work, perhaps from the 1500s. The building was altered in the 1820s and again in the 1950s and rises to three storeys with an imposing classical front. There is a cylindrical doocot [NT 426746], which has 501 nesting boxes. 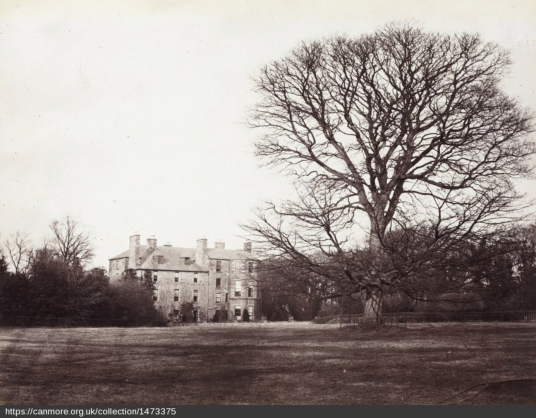 ‘S. Germains’ is marked on Blaeu’s map of The Lothians, then as ‘Sanctgermains’ on Adair’s map of East Lothian.
The preceptor of St Germains is mentioned in 1577, but the property had passed to the Setons (whose own seat Seton Castle is nearby) by the beginning of the 17th century, and probably much earlier, and stayed with them until they were forfeited following the 1715 Jacobite Rising. St Germains went to the Hastings family, one of whom was active in the East India Company, then probably to the Campbells before 1745, and then to the Andersons in 1782, who held the property until the beginning of the 20th century.

The Hon. Sir John Seton, son of the first Earl of Winton, got the lands of Saint Germains after his brother obtained the Earldom of Eglinton. It was a beautiful sylvan domain, suggestive of spiritual peace and honest pleasure, where the woods were vocal with "The moan of doves in immemorial elms."

In early times there had been a hospital or hospice there, and the ivy-grown remains of a very ancient building are still seen beside the rippling burn. I have no doubt that the name is derived from Saint Germanus of Auxerre, who twice visited Britain and left the deep impress of his sanctity and learning upon the people. It must have reached even unto the land of the Picts and Scots. " St. Germanus was the titular saint of many churches in England, and of the great abbey of Selby in Yorkshire," says Alban Butler, July 26. In French it is St. Germain, and under this form his devotion would be introduced by the Normans into England and Scotland. In " Ragman's Roll" mention is made of a certain " Bartholomew Mestre de la maison de St. Germen, anno 1296 "; and at a later date the house and its revenues came into the possession of the Knights Templars. After their suppression they were bestowed by James IV. on King's College, Aberdeen. But how long they remained an endowment of that seat of learning we know not, nor how or when they came to the Setons.

Sir John married Margaret, daughter of Mr. William Kellie, " one of the Senators of the Colledge of Justice, " says Lord Kingston in his Continuation, followed by Mr. Seton in his History (II., 711); but no such person is found among these officials in Hailes's Historical Account, and Nisbet merely says that she " was daughter to Mr. William Kellie of Newtoun," and that the arms of Seton and Kellie were yet to be seen on a stone above the gate of Saint Germains.

II. John Seton of St. Germains. He succeeded his father in this beautiful estate, and married Anna Turnbull, by whom he had a son George, baptized in Tranent parish kirk, April 27, 1675, and a daughter Anna, baptized December 15, 1676. No more is known of him.

III. George Seton of St. Germains. Succeeded his father, and died on the 11th of January, 1718. He never married, being too poor to support a family; since his fortune was now only sufficient to starve on like a gentleman.

With him ended the line.

An Old Family or The Setons of Scotland and America (Monsignor Seton, 1899) 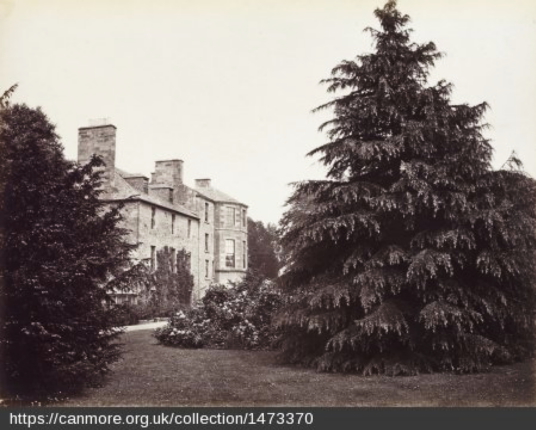 St Germains then passed to the Tennents, who were brewers and made lager. The house was used by the RAF as a convalescent home during World War II, and was divided into apartments in 1947. It is still occupied.