Lothians: In North Berwick, just south of East Road at junction with Quality Street, at The Lodge.

OPEN: Public park and gardens: open at all reasonable times. Holiday apartment available in The Lodge. 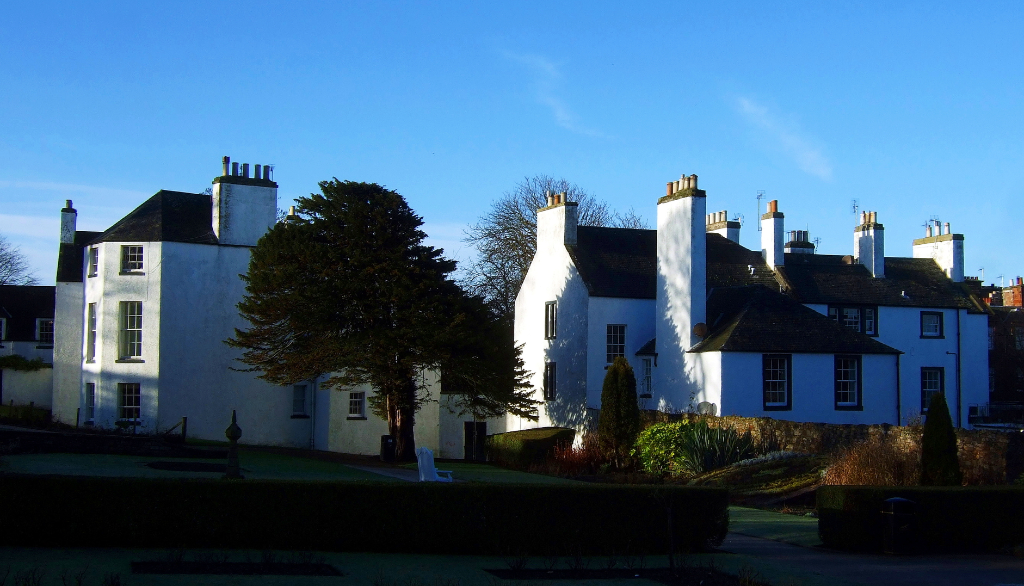 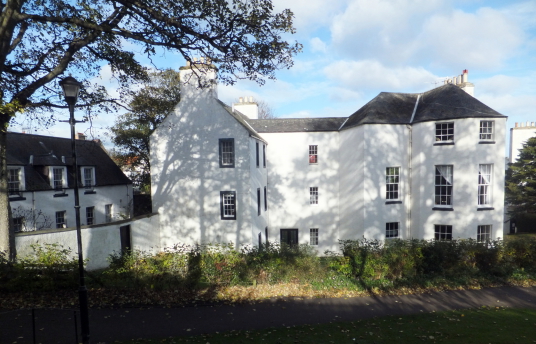 The Lodge consists of blocks of white-washed buildings enclosing a courtyard on two sides with walls on the others. The buildings, dating from the 17th century (or perhaps earlier), rise to three storeys, and have been much altered down the centuries. The Lodge was divided into separate apartments in 1969. 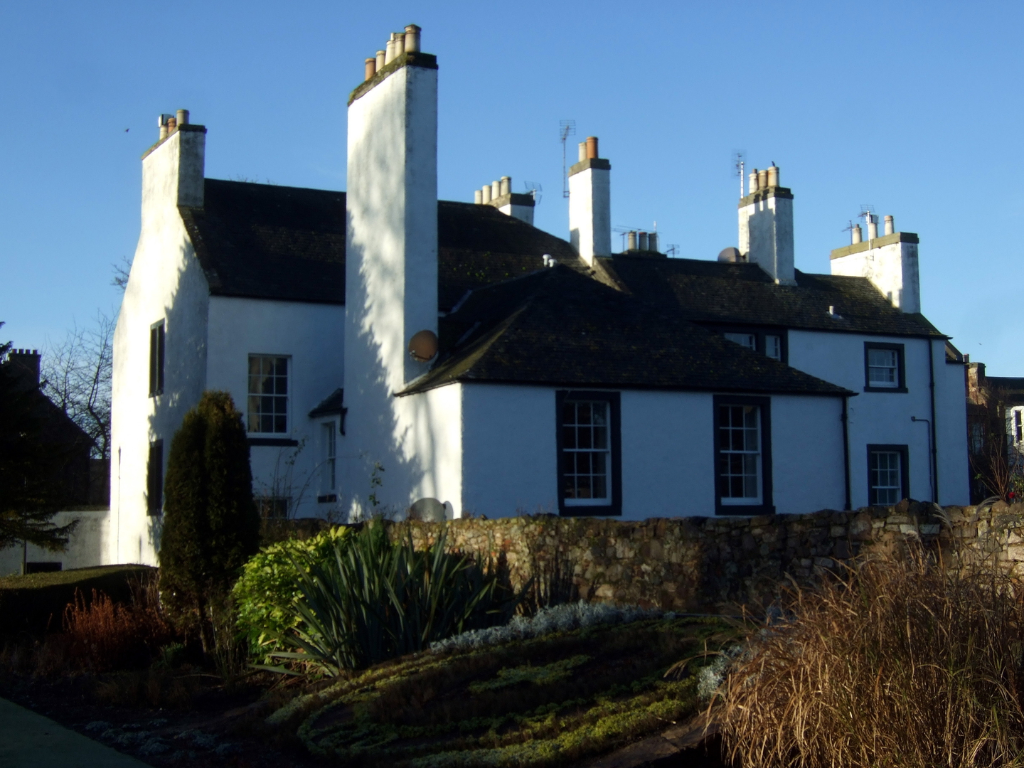 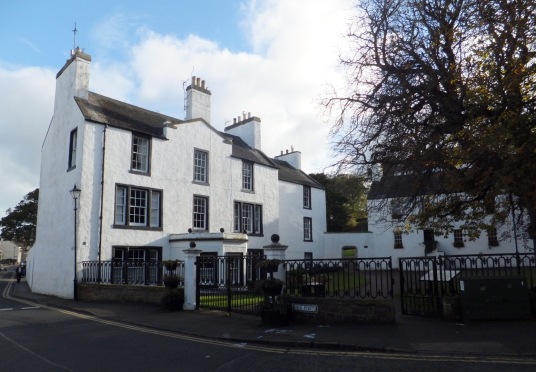 The Lodge was owned and built (or remodelled) by the Dalrymples, after Sir Hew Dalrymple, Lord President of the Court of Session, purchased the Barony of North Berwick (and Tantallon Castle) from the Douglases (or the Dick family) around 1690. The Dalrymples held the property until 1939 when The Lodge was bought by the local council, and the grounds, including a formal garden, are now a public park. 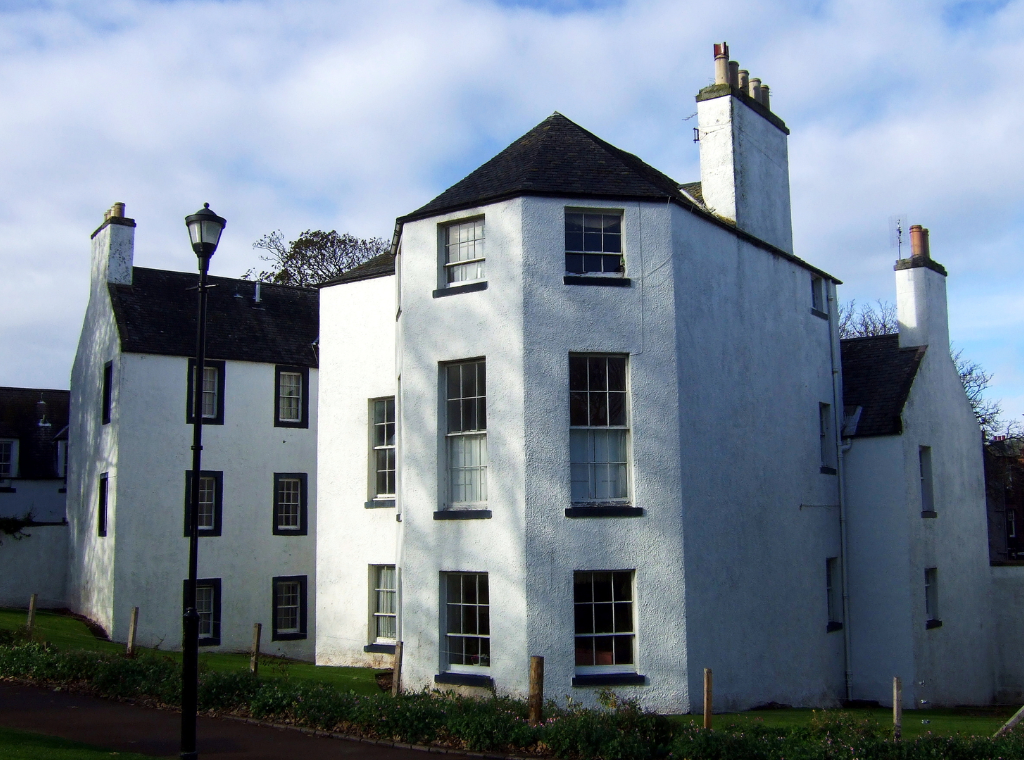 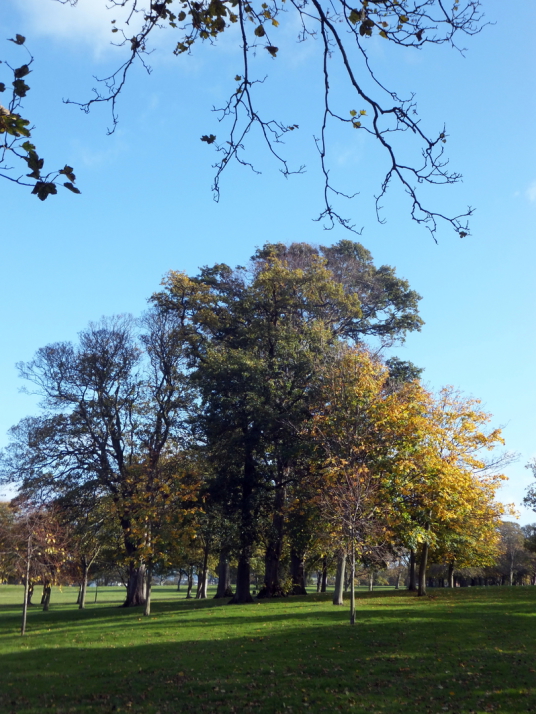 ‘Northberwick’ is marked on Blaeu’s map of The Lothians, then depicted on Adair’s map of East Lothian. 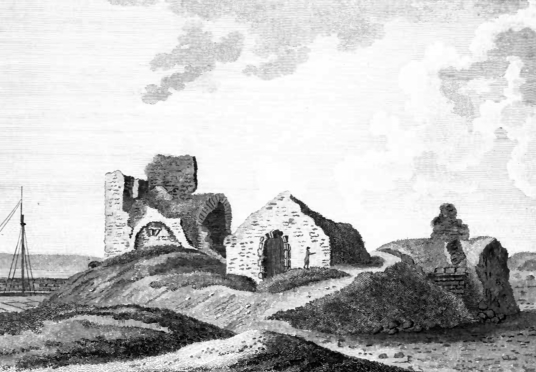 It was at the old kirk on North Berwick (by the Seabird Centre) that reputedly a great meeting of witches and warlock took place on Halloween 1591, many having flown here on sieves. The devil was also there, and with much merriment and dancing. A great storm was conjured to try to drown James VI and his new bride Anne of Denmark, but although they survived, their accompanying ship, laden with the queen's dowry, was lost. A servant from Tranent was tortured into confessing and from her many others were also accused, tried by James Vi, and executed. The story is told in more detail on www.bogles.co.uk.