Borders: About 3 miles north-west of Jedburgh, near B6400, north of Ale Water, at Ancrum. 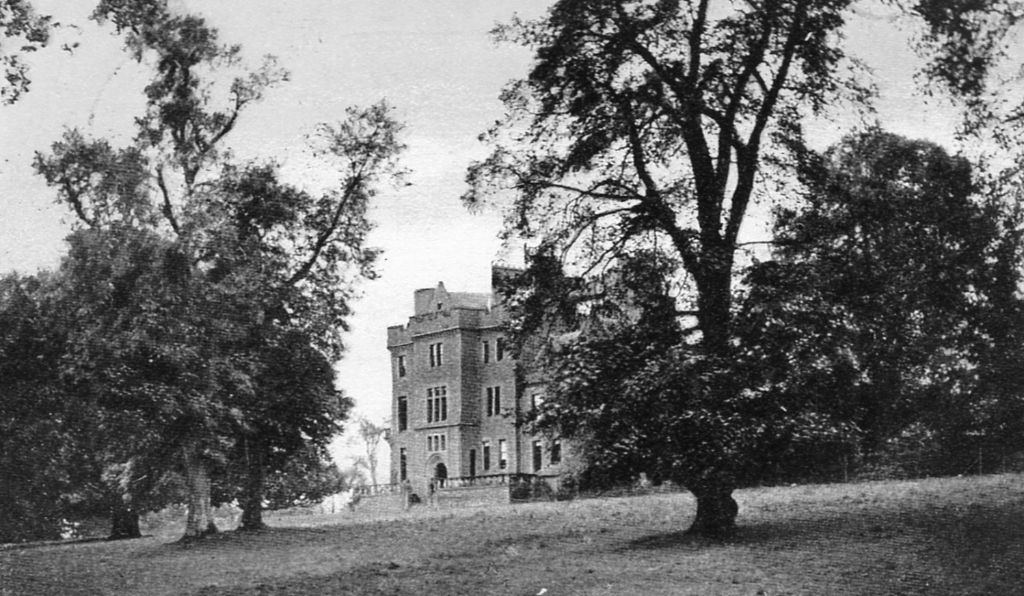 Once standing in a wooded park in a scenic location, Ancrum House, a grand 19th-century baronial mansion, incorporated a castle dating from 1558 (or earlier). The castle was destroyed by fire in 1873, restored, but then burned out again in 1885. It was later rebuilt, but was finally demolished in 1970.
The site is marked prominently on Blaeu’s map of Teviotdale, and a large and imposing tower and courtyard are depicted on Pont’s map. The village of Over Ancrum (and possibly the castle) was torched by the English after the Battle of Flodden in 1513, then again in 1544, and again by the English under the Earl of Hertford in 1545. Also see Ancrum.
This was originally a property of Jedburgh Abbey, but passed to the Kerrs by 1542. The castle had been seized by the Turnbulls and others in the 1570s, but it was recovered by the mother of the then laird.
In 1620 Robert Kerr of Ancrum killed Charles Maxwell in a duel after Maxwell had insulted him. Kerr fled to Holland, but on his return was made a Gentleman of the Bedchamber to Charles I, and then Earl of Ancram in 1633. On Charles’s execution, Kerr fled back to Holland where he died in poverty. The property (although not the title and see Monteviot House) later went to the Scotts, who held Ancrum from the 1670s or earlier.
The Battle of Ancrum Moor was fought nearby in 1545. An English army of 5,000 men raided the area, as they had been doing for many months with much murder and violence, but was routed by a Scottish force led by Scott of Buccleuch. Lilliard, (according to tradition and questioned by some people who do not enjoy a romantic but tragic yarn) a girl of Teviotdale, fought in the Scottish army, her lover having been murdered by the English. After receiving many wounds, she was herself slain, the event recorded at Lilliard’s Edge, by a monument and some terrible verse near the A68.
‘Fair Maiden Lilliard lies under this stane,
Little was her stature, but great was her fame,
Upon the English loons she laid many thumps,
And when her legs were cuttid off, she fought upon her stumps.’