Lochranza Castle is an imposing old ruinous fortress, standing on a spit of land in a stunningly beautiful spot at Lochranza to the north of the mountainous island of Arran on the west coast of Scotland. 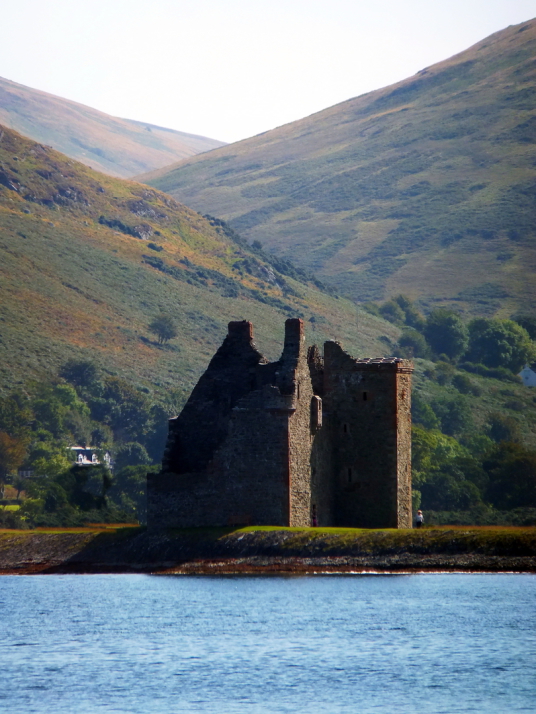 Ayrshire: About 10 miles north and west of Brodick on north end of isle of Arran, on minor roads just north of A841, on south shore of Loch Ranza, at Lochranza Castle.

The castle can also be reached by CalMac ferry from Claonaig, near Tarbert on Kintyre. Skipness Castle is not far from Claonaig. 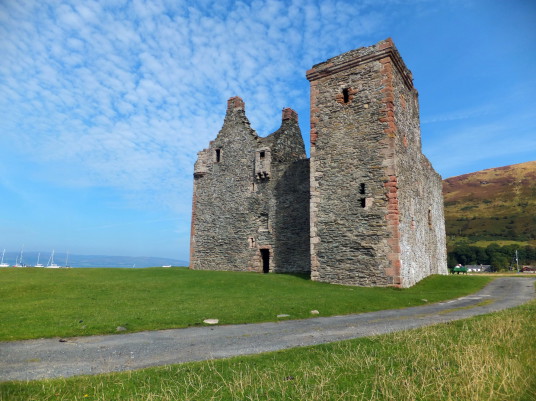 Standing on a spit of land in a very picturesque spot, Lochranza Castle is a ruined L-plan tower house, remodelled in the 16th century, although it incorporates much of a 13th- or 14th-century hall-house. The main block is of three storeys and an attic, while the wing rose two storeys higher and was capped by a watch-tower. A bartizan crowned one corner, and there is a machicolated projection, over the entrance, at parapet level. 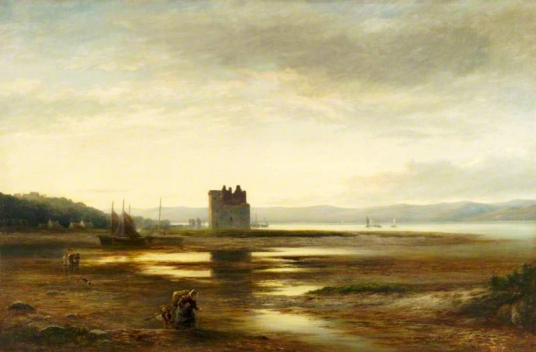 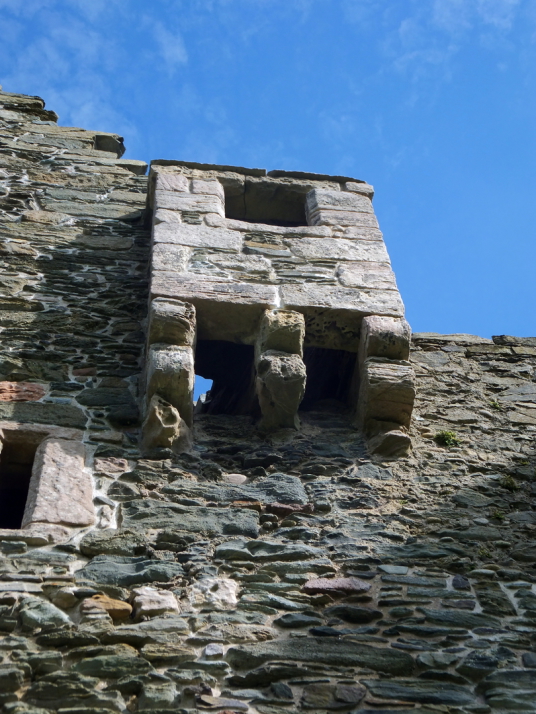 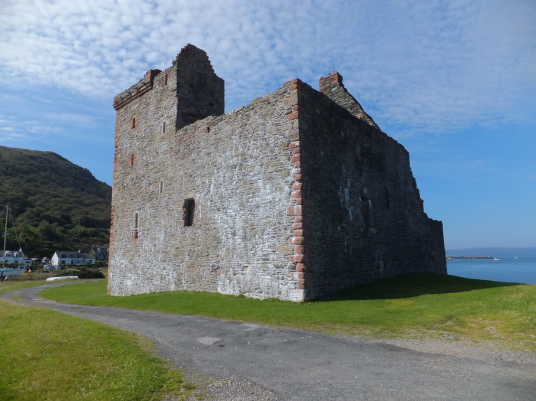 The entrance led to a turnpike stair, which climbed to all floors, as did a smaller stair in the thickness of the walls. The basement of the main block is vaulted, and contained the kitchen and a cellar, but other parts are not vaulted. A small stair, in the thickness of the wall, climbed to the hall, but has been sealed up. The hall has a raised dais, and there is a pit prison. 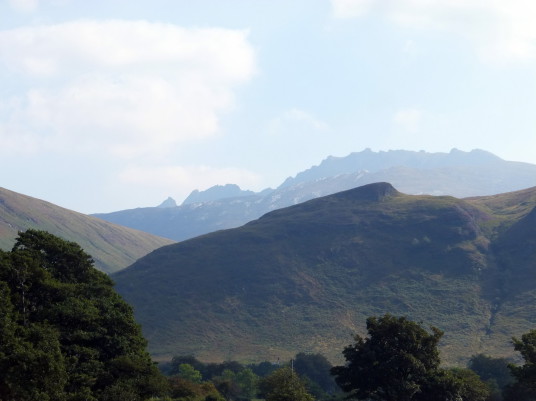 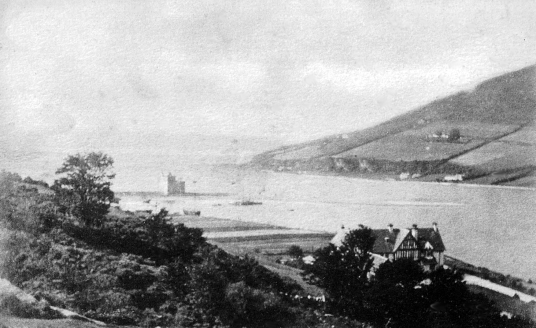 ‘Castel Loch Rensa’ is marked on Blaeu’s map of Arran.
Lochranza was probably owned by the MacSweens, but was used as a hunting lodge by the kings of Scots, and is said to have been visited by Robert the Bruce. The castle may have been built by the Stewarts of Menteith, the MacDonald Lord of the Isles or by the Campbells, who appear to have held the property in 1315. It passed to the Montgomerys, later Earls of Eglinton, in 1452. 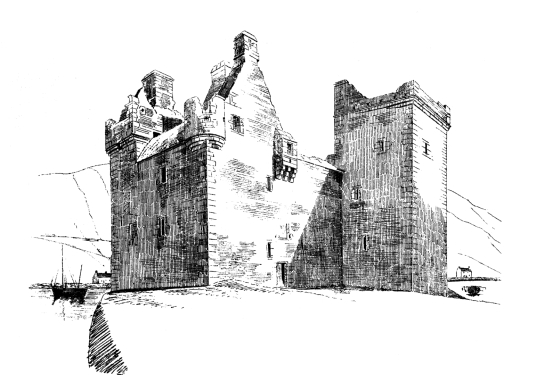 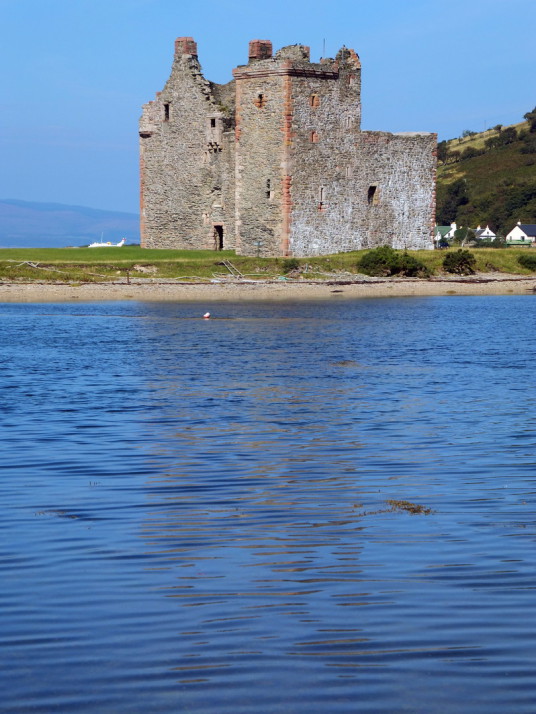 James IV used it as a base to attack the MacDonald Lords of the Isles in the 1490s, and it was occupied by the forces of James VI in 1614 and Cromwell in the 1650s. In 1705 it was sold to Anne, Duchess of Hamilton, but it had been abandoned by the end of the 18th century. The property was sold again recently.

The sumptuous Brodick Castle is also on Arran. 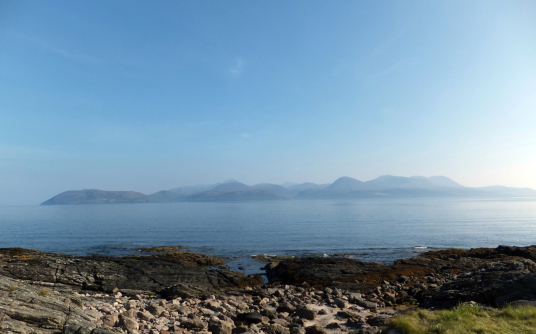 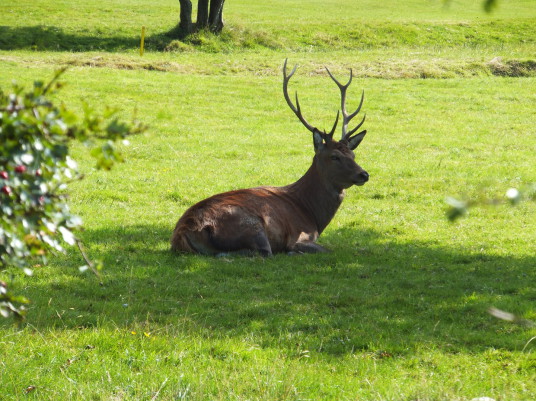 Note on map: the location on the map above appears to be in the sea but this part of Google maps is incorrect. The location is correct if you look at the satellite view.