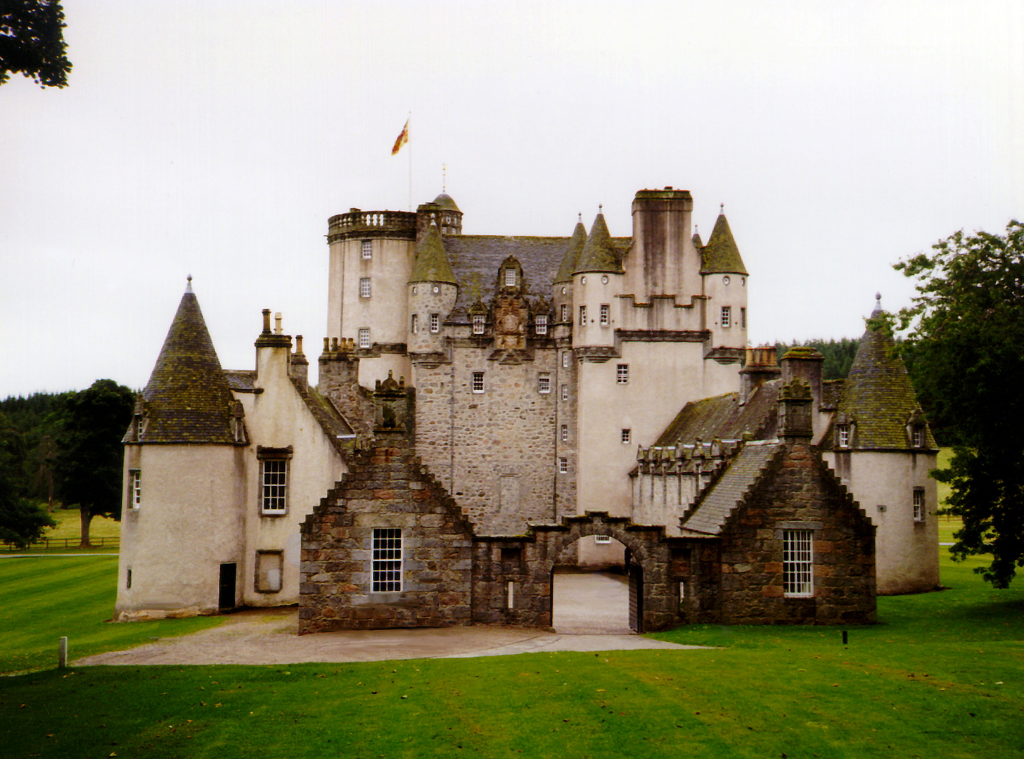 Impressive and well preserved, Castle Fraser is a tall and massive Z-plan tower house, mostly dating from between 1575 and 1636. It consists of a large main block, a square tower at one corner, and a great round tower at the opposite corner. Two projecting wings form a courtyard, the final side being completed by other buildings, one with an arched gateway. It was built by the mason John Bell. 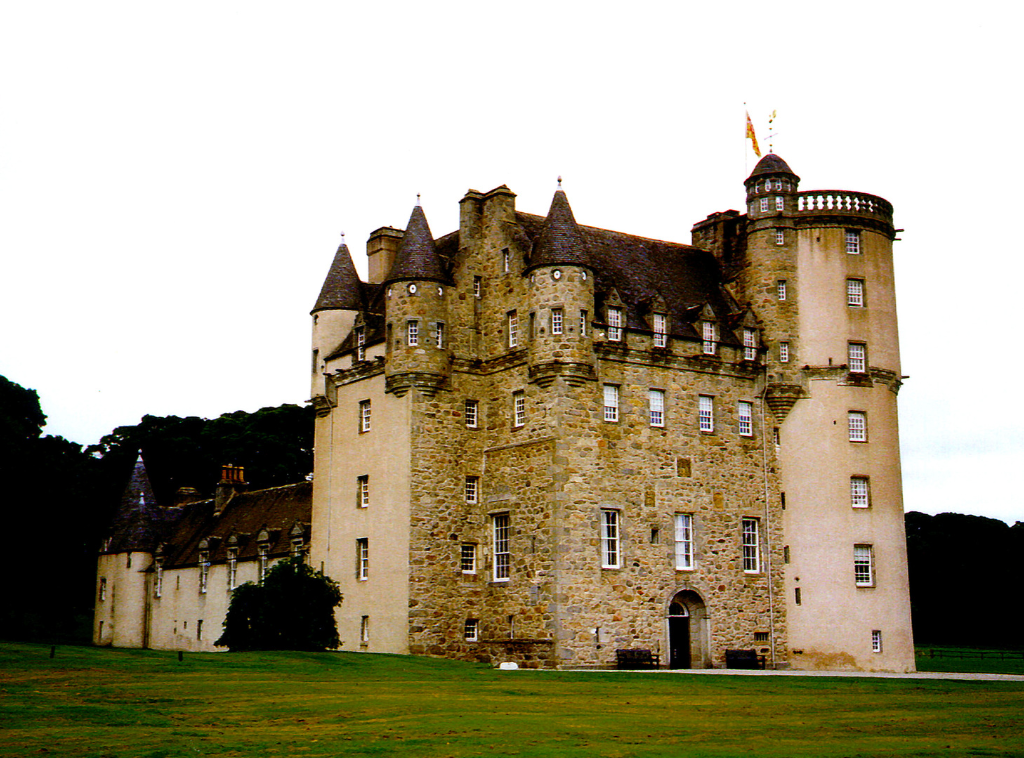 The oldest part is a plain 15th-century tower of four storeys and an attic. The great round tower rises two storeys higher to finish in a flat roof. The corners of the main block and square tower are crowned by two-storey corbelled-out bartizans with shot-holes. The upper storeys of the main block and both towers project on corbelling, and have dormer windows. The walls are pierced with many gunloops, slits and shot-holes. Over the present entrance are panels dated 1576, 1683, and 1795. 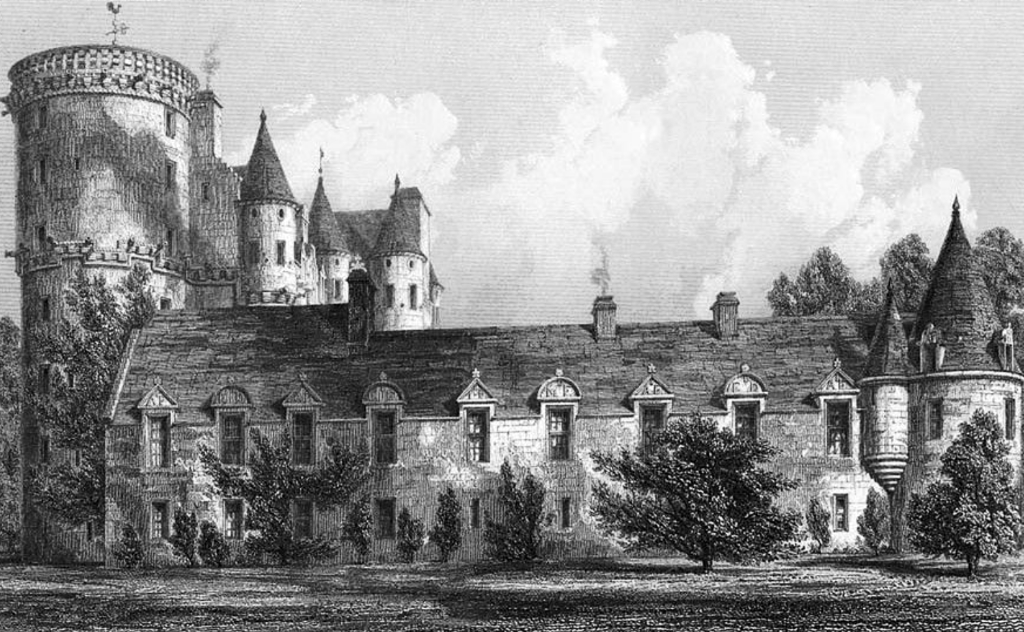 The original entrance, in the re-entrant angle with the square tower, leads to the vaulted basement, containing a kitchen and cellars. It also leads to a wide turnpike stair, climbing to the first-floor hall, above which there are smaller turret stairs to the private chambers on the floors above. The interior was remodelled in 1838, but there are many Fraser family portraits, as well as a Laird’s Lug and secret stairs. 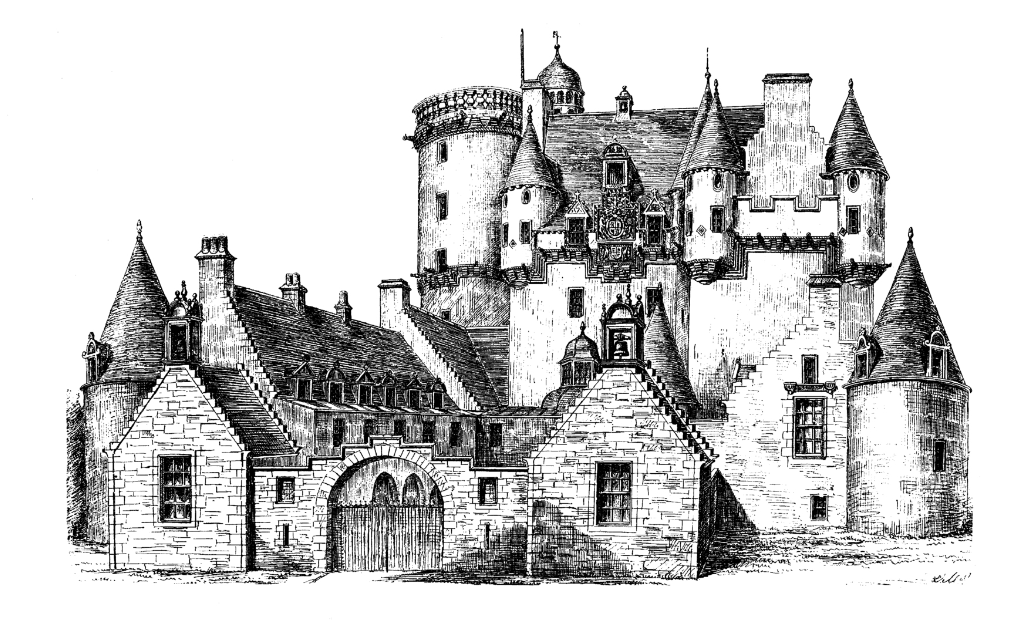 The property was acquired by the Frasers in 1454 and was known as Muchalls in Mar, and in 1633 Andrew Fraser was made Lord Fraser. The Frasers were Covenanters, and their lands were ravaged in 1638, and then in 1644 by the Marquis of Montrose. Later the family were Jacobites, and Charles, 4th Lord, died a fugitive, falling from a cliff the year after the 1715 Jacobite Rising. 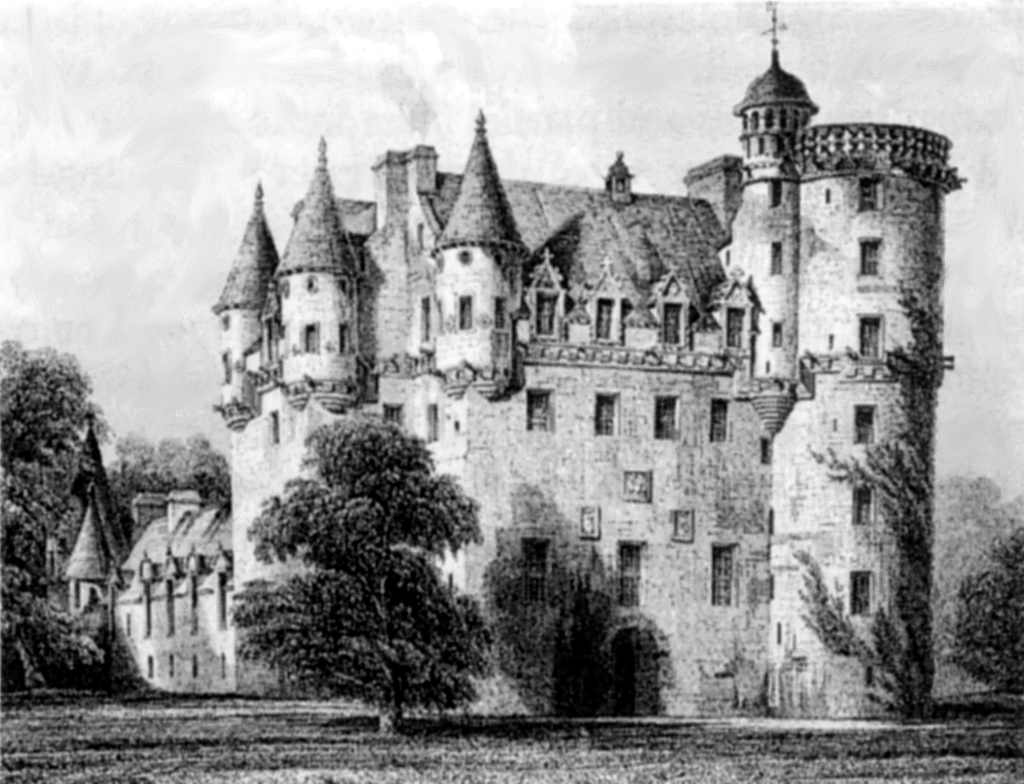 In 1976 the property was given to The National Trust for Scotland. There is an 18th-century walled garden, and a grassed amphitheatre, lake and woodland.
One story associated with the castle is that a young woman was murdered in the Green Room of the castle’s Round Tower – either in the 19th century or the distant past depending on the version of the tale – and that her body was dragged down stairs before being buried. It was said that blood from her corpse, which stained the stairs and the hearth of the chamber, could not be cleaned off, and the stairs were eventually boarded over to hide the stains. Also reported is the apparition of a woman in a long black gown, said to be Lady Blanche Drummond, who died in 1874.