Borders: About 2 miles west and south of Hawick , on minor roads just south of A7, south of the River Teviot. 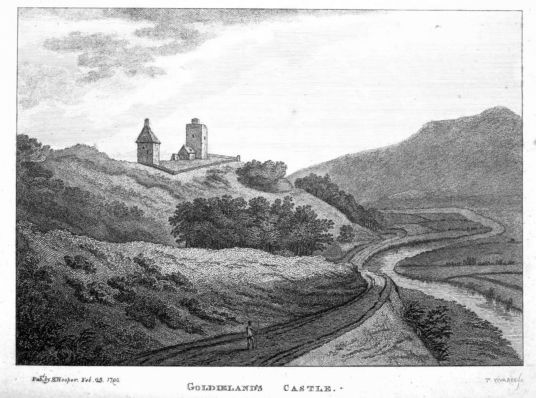 Goldielands Tower is a ruined 16th-century tower house, rectangular in plan, formerly of five storeys. It had a courtyard with two outbuildings and corner towers. The tower had a vaulted basement, with an entresol floor, and turnpike stair, which now ends at the second floor. The chamber above housed both the hall and kitchen. The parapet and attic storey have gone.
The site is marked on Blaeu’s map of Teviotdale in a small park as ‘Gaudylands’. 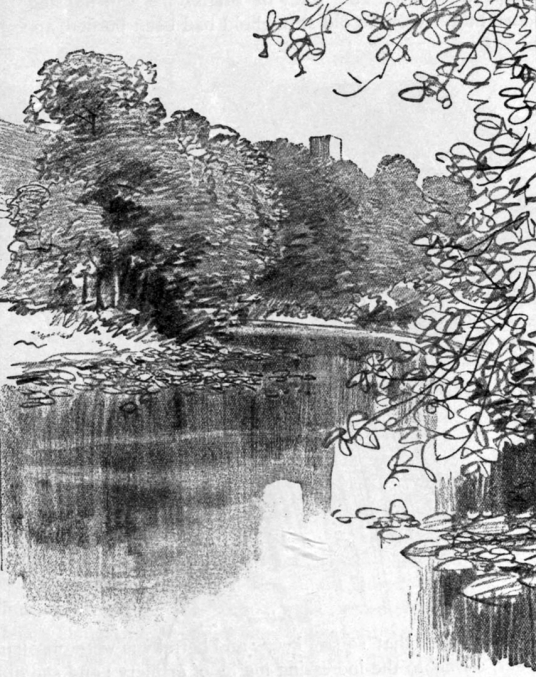