Banff & Buchan: About 5.5 miles north of Huntly, on minor roads east of B9118 or south of B9117, just north of River Deveron, just east of Milltown of Rothiemay. 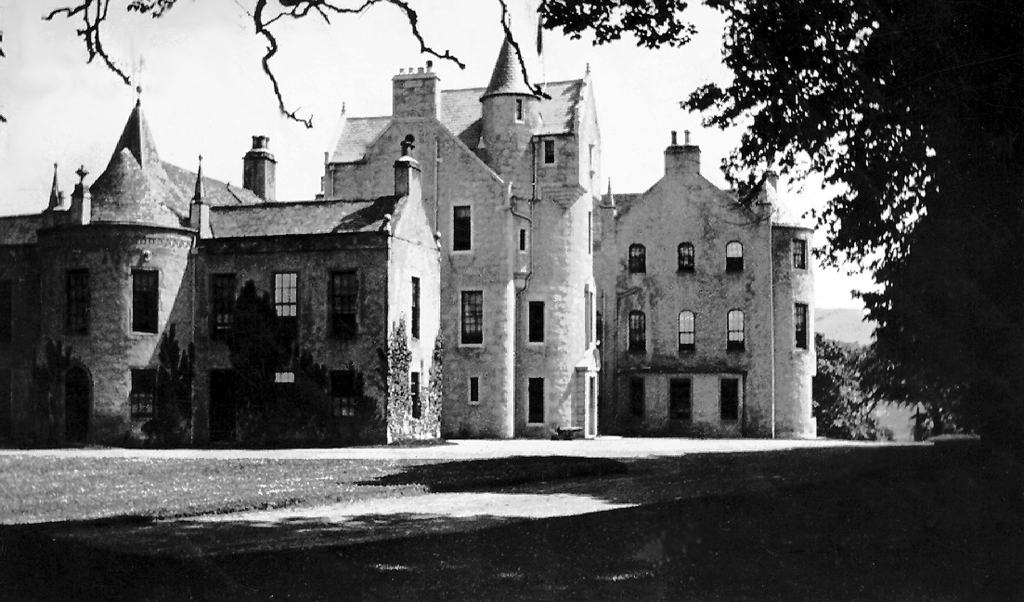 Site of 15th-century castle, formerly comprising a mostly 16th-century Z-plan tower house, which was extended in the late 17th century, then remodelled in the 19th century into a large and impressive baronial mansion. The walls were as much as 8 foot thick. Little or nothing remains.
A square doocot [NJ 550843] survives, which dates from the 18th century. 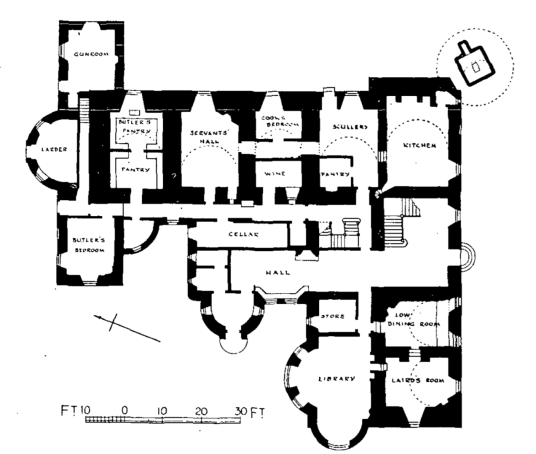 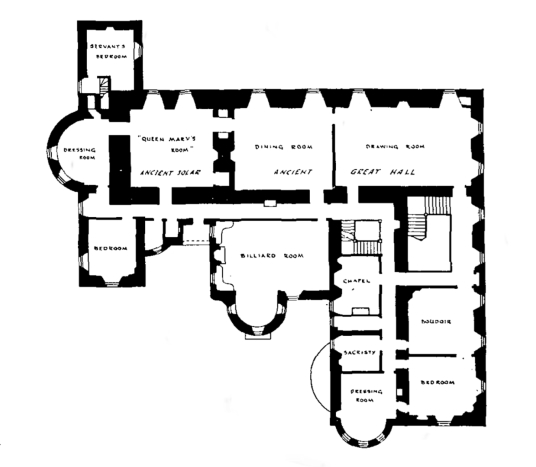 The original castle was built by the Abernethys, after they had been given the lands by David II in the 14th century. Lord Saltoun gave a gift of pears from the castle orchard to James IV in 1496. Mary, Queen of Scots, spent the night here in September 1562.
Rothiemay was sold to the Stewart Loch Ochiltree in 1612, then to the Gordons of Cairnburrow five years later. The castle was attacked by George Gordon of Gight in 1618. In 1630 William Gordon of Rothiemay, and others including John Gordon, Lord Aboyne, were burned to death at the castle of Frendraught in suspicious circumstances, although the Crichton laird was cleared of involvement. In revenge, Lady Rothiemay employed Highlanders to attack and harry Crichton’s lands and family. Lady Rothiemay was eventually imprisoned in 1635, but later released. 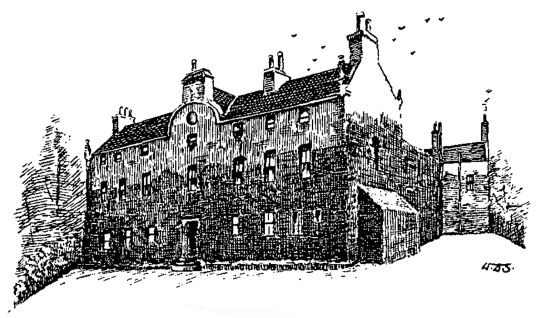 The castle was captured and looted by the Marquis of Montrose in 1644, and held by Cromwell’s forces in the 1650s. James Gordon of Rothiemay is on record in 1661, and he or another John in 1695.
Rothiemay passed to the Duffs in 1741, and they rebuilt and extended the castle (also see Duff House, Banff), then passed to the Forbeses of Rothiemay in 1890, who also added to the building and who moved to Dunira near Comrie in Perthshire. They sold the property in 1940, and Rothiemay was completely demolished about 1960.
There are tales of ghosts, including the apparition of an old woman, and the phantom of Lieutenant Colonel J. Foster Forbes, seen several times, including by his grandchildren.