Inveresk is a peaceful, picturesque and very affluent village, above the bustling town of Musselbugh, and there are many old and interesting houses, only some of which are covered below.

Lothians: About 0.75 miles south and east of Musselburgh, just south of A6124, at Inveresk, just east of the River Esk. 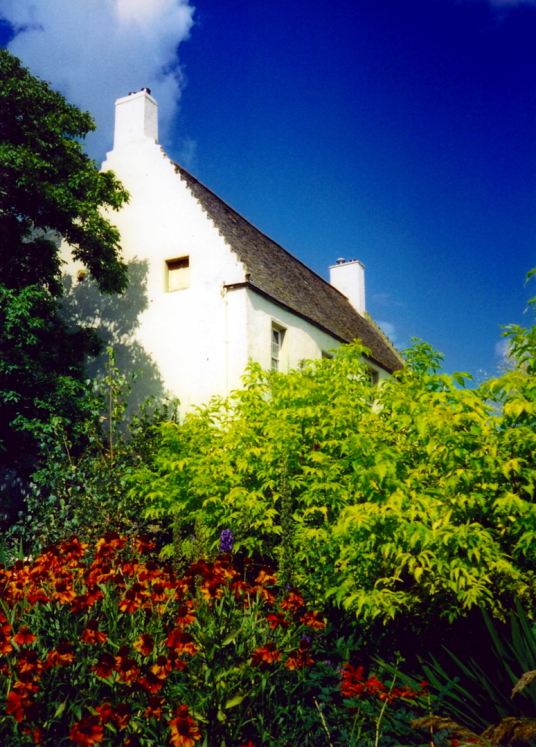 One wing of Inveresk Lodge, a 17th-century L-plan mansion, is probably a 16th-century tower house. One block rises to three storeys, and there is a stair-tower in the re-entrant angle. The walls are whitewashed and the building has corbiestepped gables with a very steeply pitched roof. There was a small courtyard at the back of the building, a window or door of which has an iron yett in place. 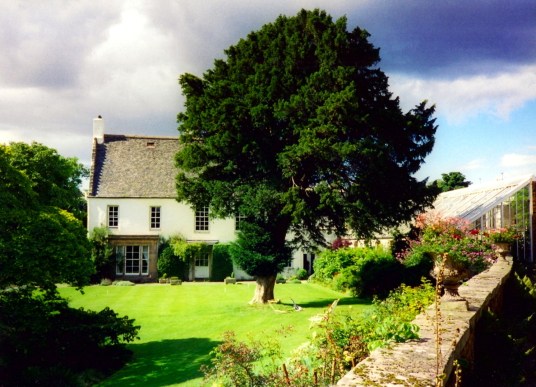 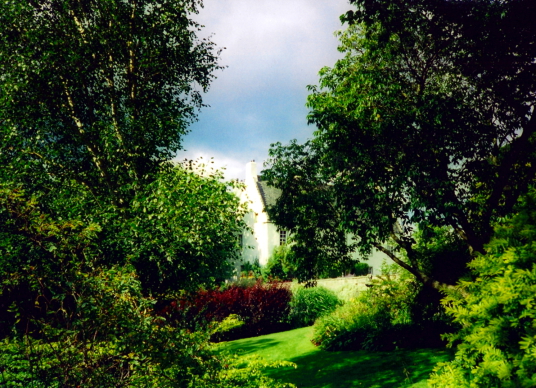 ‘Innervysk’ is marked on Blaeu’s map of The Lothians, and then depicted on Adair’s map of Midlothian.
The lands of Little Inveresk were held by Dunfermline Abbey, but passed to the Maitlands of Thirlestane after the Reformation, until sold to the Scotts of Buccleuch in 1709. The property was held by the Wedderburns of Blackness from 1774 until 1911, but passed to the Elphinstones and then to the Bruntons, who were industrialists in Musselburgh. 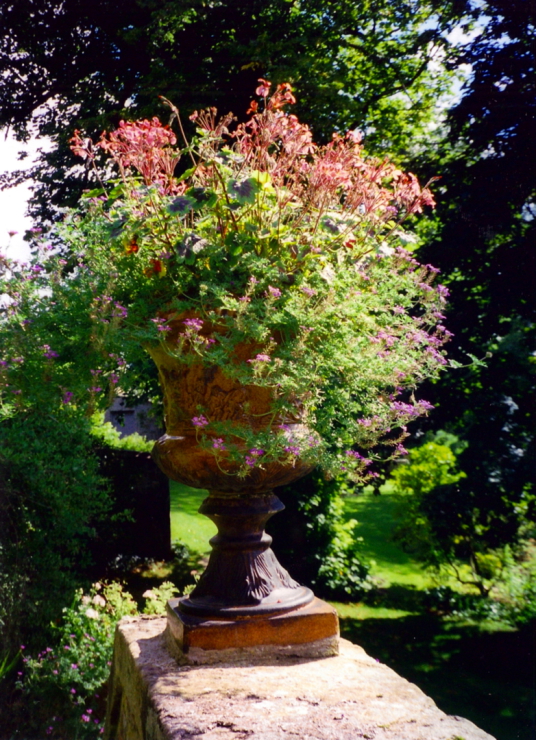 One of the owners was James Wedderburn, who made his fortune from a sugar plantation in Jamaica, where had had had many slaves. He had a son by one of the slave girls, who he sold on when she was pregnant. Robert, who was born free, travelled to London, and then to Scotland to find his father; however Robert was rejected by his father and was sent packing with a small beer and a broken sixpence. Robert Wedderburn went on to be a radical advocate of antislavery and author.

The gardens, which were given to The National Trust of Scotland in 1959, feature a large range of plants as well as an Edwardian conservatory and aviary, a woodland walk, and a pond. 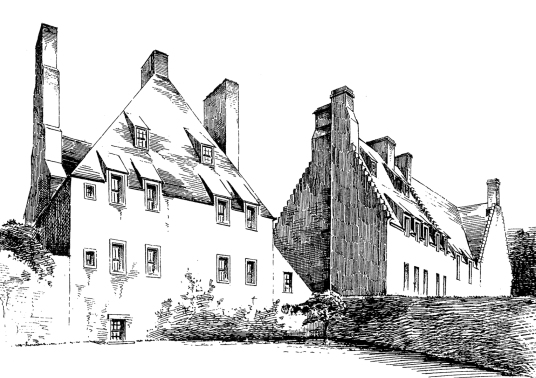 Inveresk Lodge is said to be connected to the nearby Halkerston Lodge by an underground tunnel, and these may have originally been one complex of buildings. Halkerston Lodge is an attractive symmetrical house of two storeys and an attic with Arts and Crafts influences. The building dates from 1640, although it may incorporate older work as the basement is vaulted. The building was renovated in the 1960s. 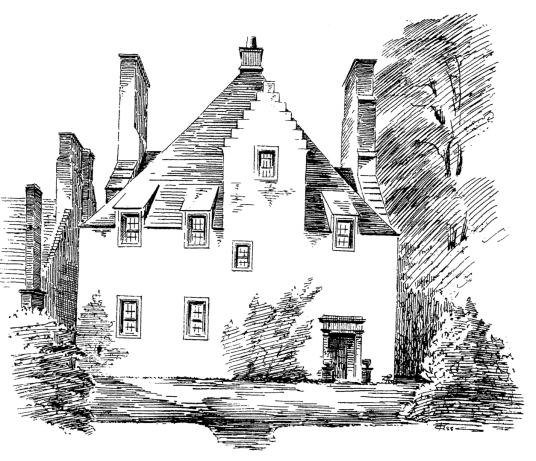 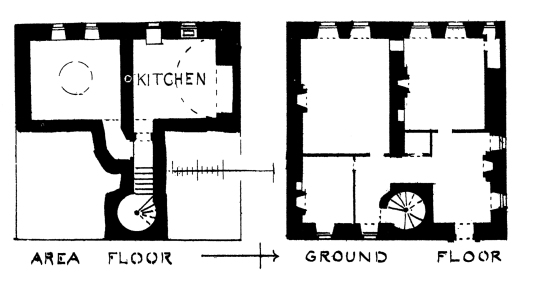 Lothians: To the south of Musselburgh, on minor road east of A6124, 3 Inveresk village, at Inveresk House. 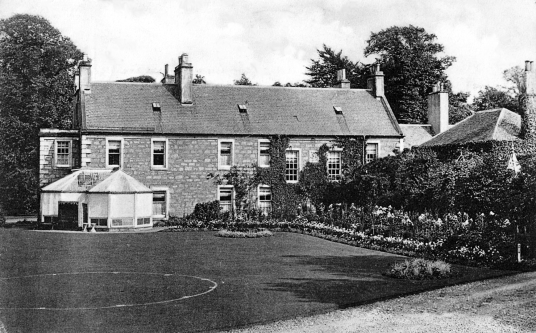 Site of fortified or old house, which was first built in 1597 and had a turnpike stair. One range of the present building dates from the 17th century. The house was built as a manse for the nearby St Michael’s Church, and was altered and extended down the years. 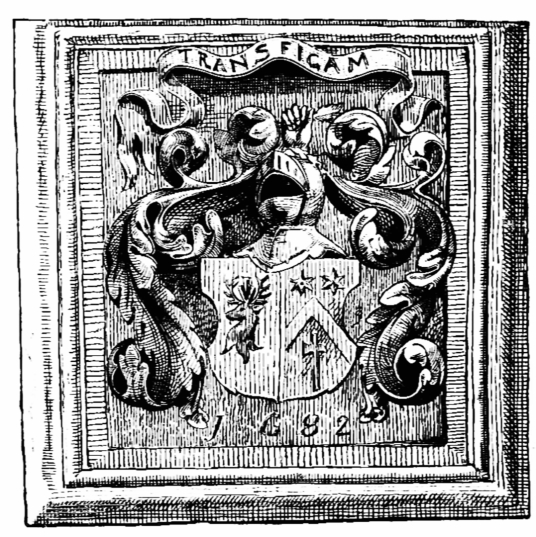 A panel dated 1643 is above the entrance with the monogram MOC and KL for Master Oliver Colt and Katherine Logan, while another armorial panel, dated 1682 with the arms of Sir Robert Colt (Oliver’s son) and Dame Elizabeth Syme, is on the west wall. The family also held Auldhame, near North Berwick.
There is an old doocot [NT 346721] on the other side of the road, and now in the grounds of Eskgrove House.
‘Innervysk’ is marked on Blaeu’s map of The Lothians, and then depicted on Adair’s map of Midlothian. 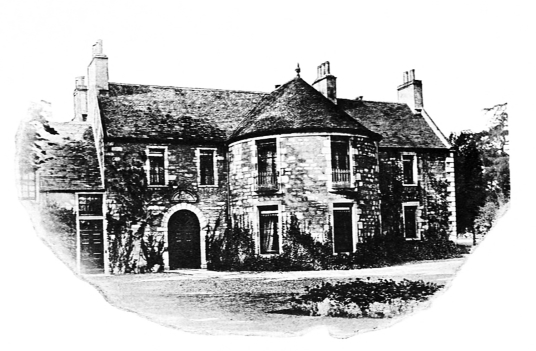 The property was held by the Colt family, who were ministers of the church, and Oliver Cromwell stayed at the house for about two months in 1650 before withdrawing and then going on to defeat the Scots at the Battle of Dunbar. The Duke of York, later James VII, dined at Inveresk House, and Bonnie Prince Charlie may have visited in 1745 before the Battle of Prestonpans.
The house stands near the site of a Roman fort, and in 1783 the remains of baths were discovered. A tunnel was found in 1789 beneath the house, and in it were reputedly the remains of a man in full armour with a barrel of gunpowder, perhaps a failed attempt to blow up Cromwell. The Colts held the property until 1890.
One story is that at one time the house was haunted and ‘many strange and unaccountable scenes have occurred’. A murder is said to have taken place in the house and the killer, one of the servants, reputedly then committed suicide.
An apparition of Oliver Colt is said to have appeared to his brother in 1855 at the time of his death at Redan during the Crimean War. The apparition was surrounded by a ‘sort of phosphorescent mist’ and ‘bore the wounds that had killed him’, 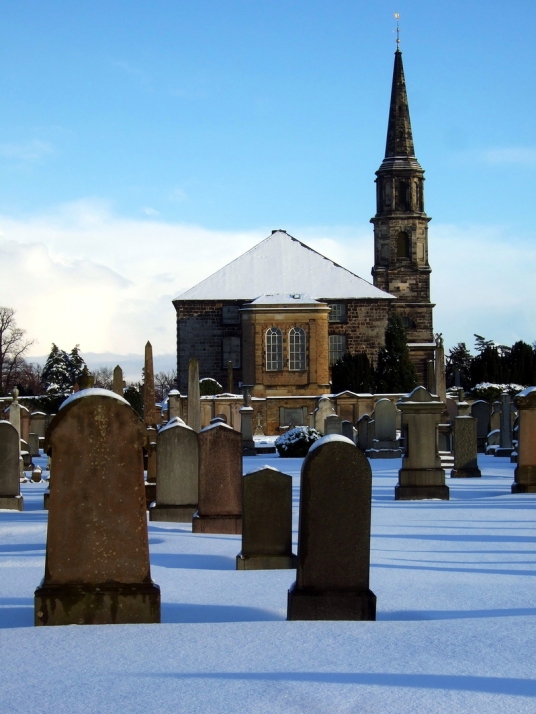 St Michael’s Church [NT 344721], still used as the parish church and dating from 1805 on a much older site, has an interesting burial ground with old memorials. There are fabulous views as well as an earthwork, known as Oliver’s Mound, thrown up by the Scots before the Battle of Pinkie in 1547 or by Cromwell for taking potshots at the old bridge across the River Esk below. 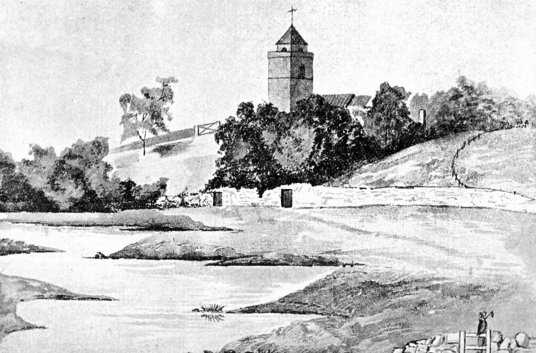 Inveresk House: Inveresk Parish Church, from an old watercolour, before present church was built in 1805 (Stirling, 1894)

There is also said to have been a healing well near the house, known as the Fairy Well or St Michael’s Well. The water was said to have curative value, made good tea, and large rumbling noises could be heard issuing from it as warning of a storm. A bit like the wife…

Lothians: About 0.5 miles south and east of Musselburgh, just south of A6124, Inveresk village, at the Manor House.

OPEN: The gardens are occasionally open along with other properties in Inveresk 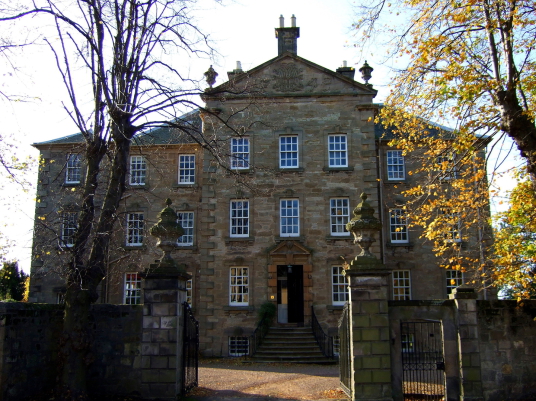 Standing in gardens that sweep down to the Esk, the Manor House is an imposing edifice of three storeys and a basement with flanking pavilions, and stands just back from the road through the village. The present building dates from 1748, the date on the elaborate monogram on the pediment, and was built for Archibald Shiells. The building may incorporate older work. 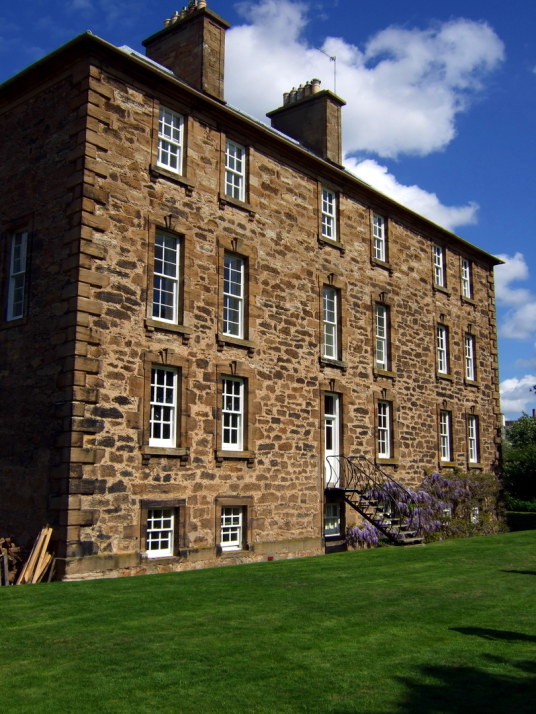 The property went to the Spences of Lathallan, then to others before being the home of Dr John Bartholomew, the geographer and editor of The Times Atlas of the World. The house is still occupied.

Shepherd House, dating from the 17th century, has a small but beautiful garden (shepherdhousegarden.co.uk). 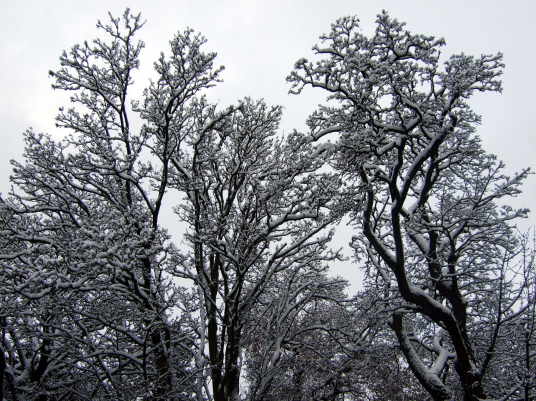