OPEN: House not open but may be seen from road; the remains of the priory may be visited (by scenic footpath (Postmans Walk) from Aberlady). 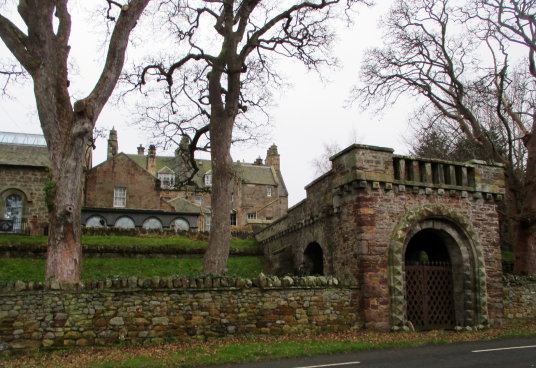 Set in a pretty spot by the sea in wooded grounds, Luffness House (or Castle and sometimes recorded as Aberlady Castle) incorporates a much-altered 16th-century tower house, although parts date from the 13th century. It is now a T-plan building, with a stair-tower and turret, and the house was altered and extended in the 17th century, then again in the 18th, 19th and 20th centuries, including work by William Burn and then by David Bryce. 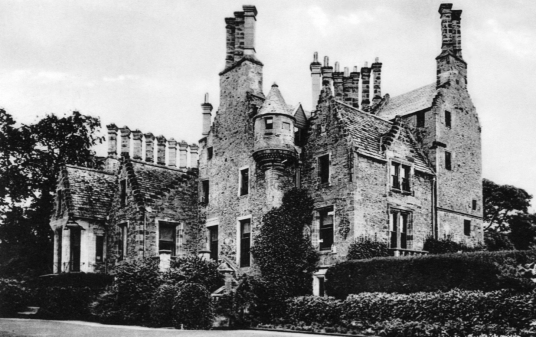 There is a fine beehive doocot [NT 4706805], dating from the 16th century, with three string courses and around 500 nesting boxes. 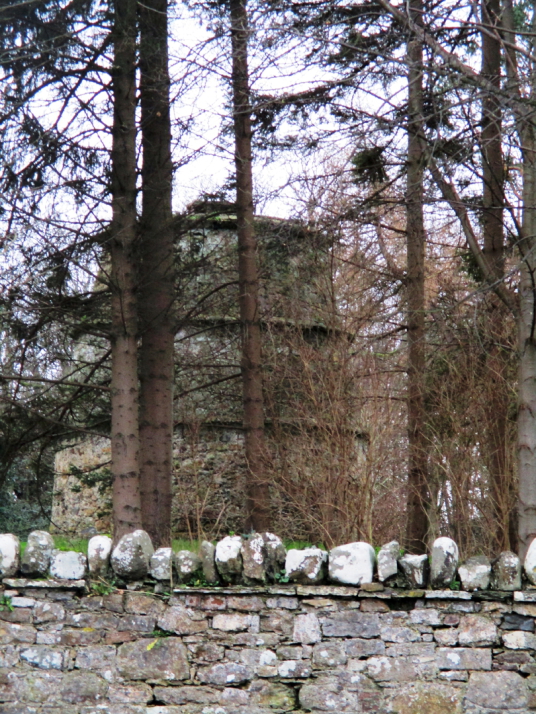 The castle was formerly surrounded by a moat and there is a fine round beehive 16th-century doocot [NT 476805]. A carved stone has the date 1584 and the initials S P H. I H. for Sir Patrick Hepburn and Isobel Hepburn, reset on one of the bartizans. The walled garden dates from the early 19th century and is believed to have been built by French prisoners of war. The first apricots in Scotland were apparently grown here.

‘Lufnesse’ is marked on Blaeu’s map of The Lothians, depicted in wooded policies, and ‘Lufnes’ on Adair’s map of East Lothian. 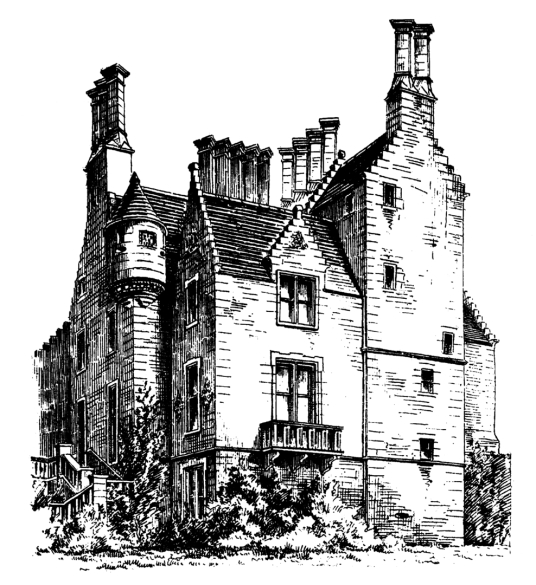 The lands were a property of the Cospatrick Earls of Dunbar and March, but passed by marriage to the Lindsays in the 12th century. They built a castle in the 13th century, once a large and strong fortress. The property (or at least part of it) was given to the Church in memory of the 8th Earl, Sir David Lindsay, High Chamberlain of Scotland in 1256 and a Regent for Alexander III. He died while on crusade led by Louis of France, and on his deathbed promised land for a religious house provided his body was returned to Scotland. A Carmelite friary [NT 471801] was built nearby in 1293, some fragments of which survive, including the stone effigy and tomb of a man in armour (probably the founder), in an overgrown woodland setting. 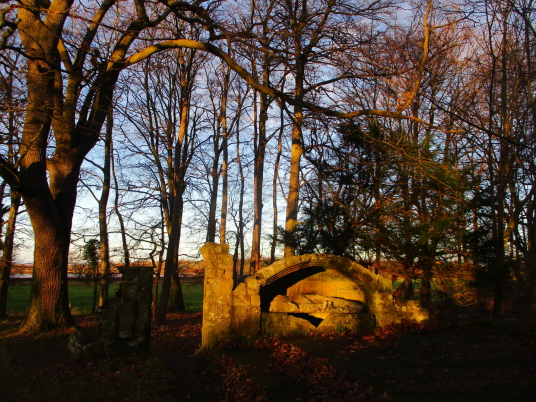 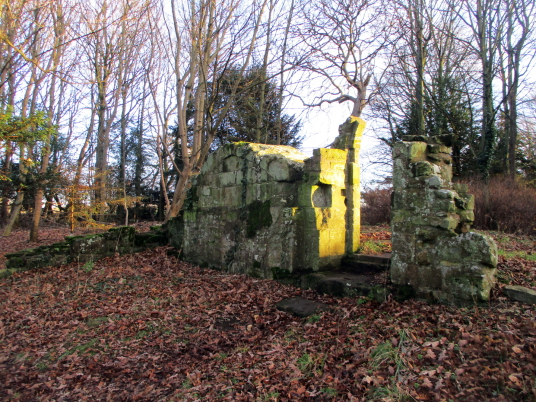 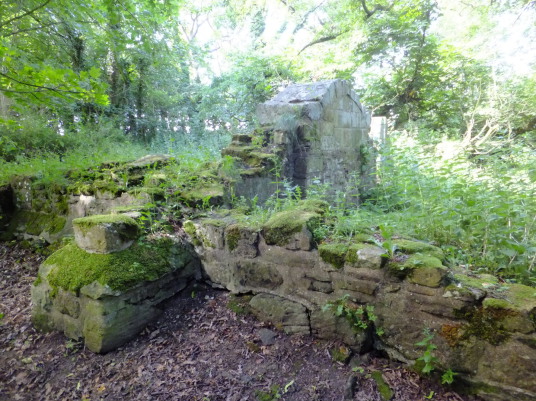 The castle was occupied by Edward I of England in 1311. Luffness was sacked in 1548, and a fort was built around the place by the French the following year to stop the English supplying the fort at Haddington, some remains of which survive, but it was destroyed on the orders of Mary of Guise in 1552. Mary, Queen of Scots, visited Luffness. Sir Patrick Hepburn of Luffness is mentioned in 1568 and 1598. The property passed to the Hepburn Earls of Bothwell and they rebuilt the castle. By 1648 the estate had gone to the Durhams, and Mr James Durham of Luffness is on record in 1648, then Sir James in 1661 and 1663, while Adam Duff of Luffness is mentioned in 1704. 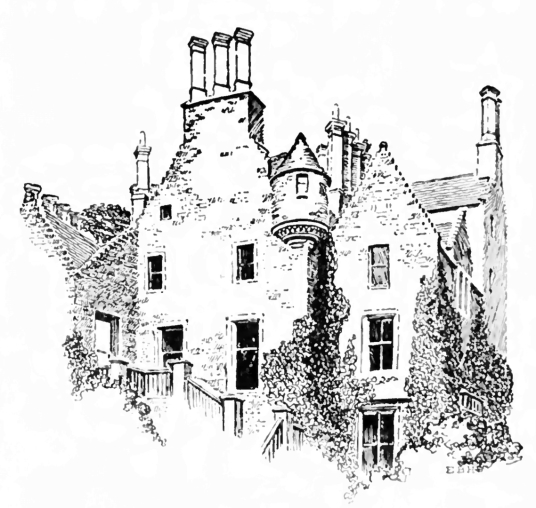 In 1739 Luffness was sold to the Hope Earl of Hopetoun, and was altered and extended by William Burn in 1822, and then by David Bryce in 1846 and 1874. It is in good condition, and still occupied by the Hope family (also see Hopetoun House). The Hopes have a burial enclosure at Aberlady Parish Church (see entry for Kilspindie Castle, which includes info on the church). 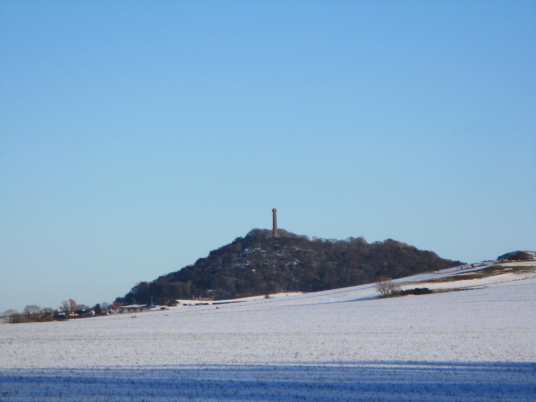 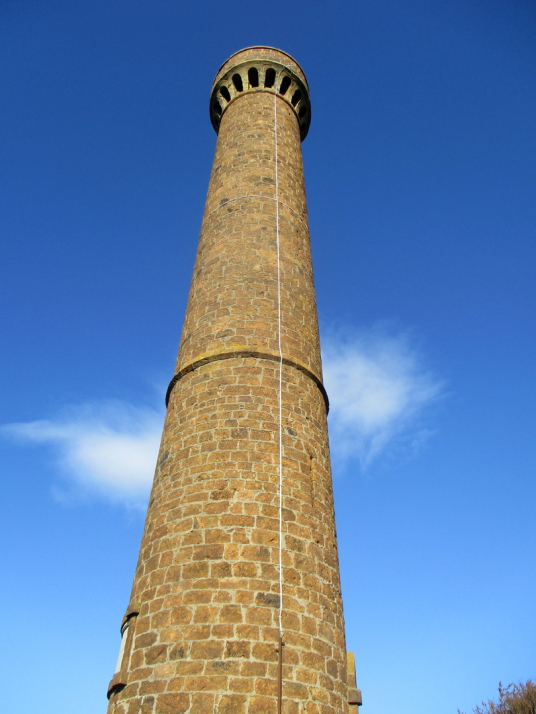 The Hopetoun Monument [NT 475805], a prominent chimney-like erection, was built in 1824 to commemorate John Hope, 4th Earl of Hopetoun, the inscription being: ‘This monument was erected to the memory of the Great and Good John, Fourth Earl of Hopetoun by his affectionate and grateful tenantry in East Lothian. MDCCCXXIV’. There is a walk to the foot of the monument, from where there are fine views. It is also apparently possible to climb the 132 steps to the top of the monument. 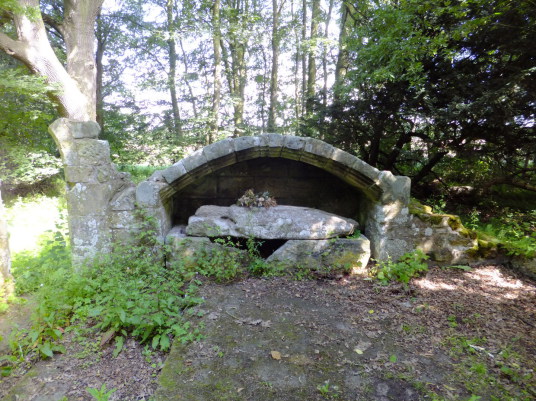