Fife: About 3 miles south and west of Kirkcaldy, in Kinghorn, near A921, just north of the Firth of Forth, 3-5 Burt Avenue, in the town.

Site of castle, nothing of which remains. ‘Kingorn’ is marked on Blaeu’s map of Fife, and the village is depicted on Ainslie’s map of Fife of 1775, though no indication is given of a castle.
A stronghold, believed to have been located on Pettycur headland and dating from the 12th century, was a royal castle, and Kinghorn was made a royal burgh between 1165 and 1172. Alexander III fell from cliffs nearby in 1286 on his way to the castle to meet his young wife Yolande de Dreux.

The property passed to Sir John Lyon of Glamis, Chancellor of Scotland, towards the end of the 14th century, and they built a new castle above and to the north of the harbour. Patrick Lyon, 9th Lord Glamis, was made Earl of Kinghorne in 1606.

Kinghorn was burnt by the English in 1547 after the Battle of Pinkie. The castle was used by the French in 1559, and they were attacked by forces under William Kirkcaldy of Grange. Patrick Lyon, Earl of Kinghrone, had a ratification of 1672 which mentions the lands and barony of Kinghorn, with the fortalice, castle and castlehill thereof. There was nothing left of the old stronghold by 1790.
There are tales of a ‘Grey Lady’ (or ‘Green Lady’), the phantom of Yolande, which has reputedly been sighted searching for her husband in the area and around the Kingswood. Yolande, however, did not die of a broken heart. The young widow went on to marry the Duke of Brittany, with whom she had at least six children, and she died in 1330, well into her 60s. 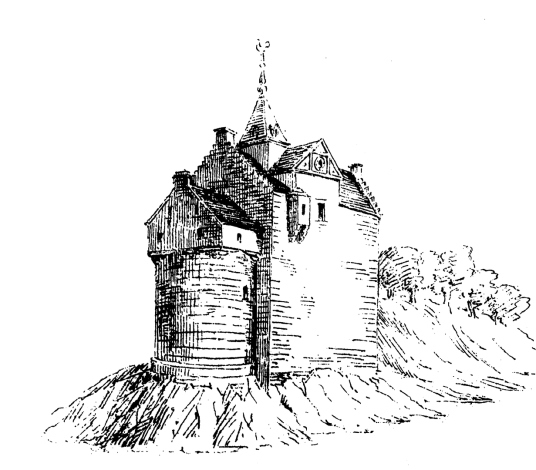 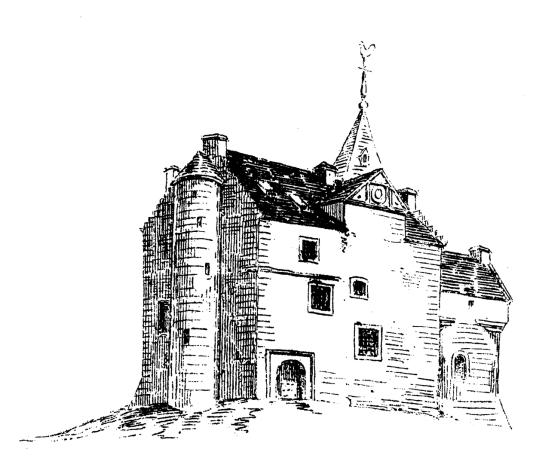 Kinghorn Tolbooth or Town House and jail [NT 270872] was remodelled from the tower and church of St Leonards (also known as St Leonard’s Tower) after the Reformation (see drawings above). This was damaged after being hit by lightning in 1822, and a new town house was built in 1826, an impressive castellated and battlemented edifice of two storeys with a council chamber, cells, prisoners' exercise yard and a guard house. This closed and the building has been renovated as holiday accommodation.