Urquhart Castle, a scenic old ruinous stronghold in a beautiful location on the banks of the famous Loch Ness, home to the legendary Loch Ness Monster, near Inverness in the Highlands in the north of Scotland. 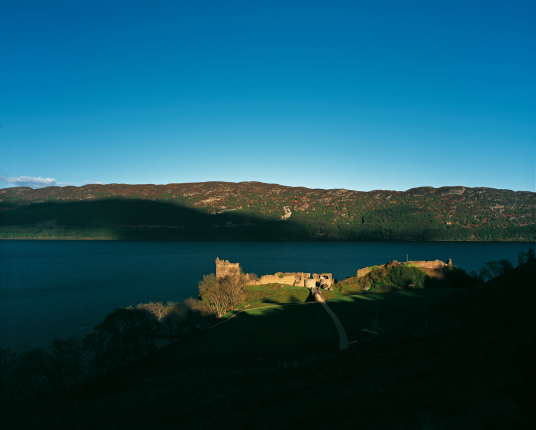 Urquhart Castle (Many thanks and © Tom Wolf www.tom-wolf.com

South Highland: About 1.5 miles east and south of Drumnadrochit, on foot just east of A82, on Strone Point, west shore of Loch Ness, at Urquhart Castle. 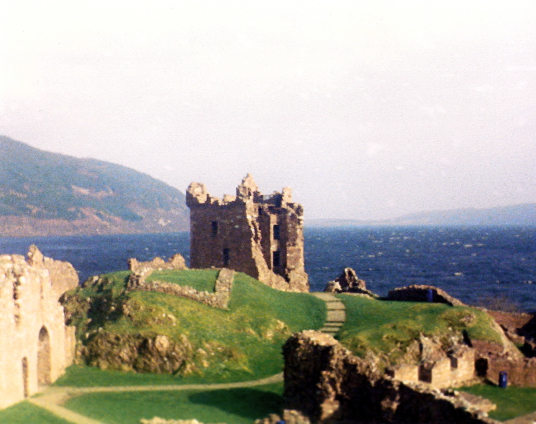 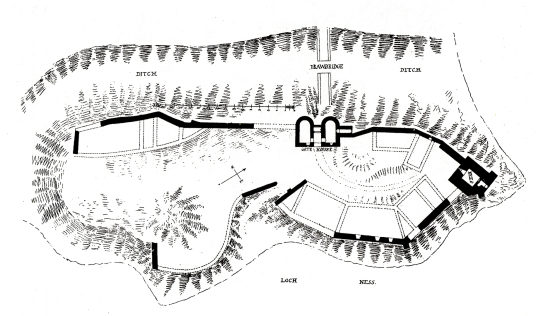 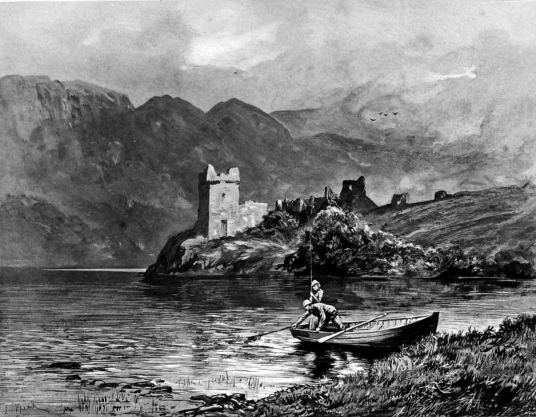 Standing in a beautiful location on the shore of Loch Ness, Urquhart Castle consists of a 13th-century castle of enclosure with a curtain wall and gatehouse. The courtyard encloses ranges of buildings, including a hall and chapel, and has a 16th-century tower house at one end. The lower storeys of the gatehouse survive, as well as parts of the curtain wall and traces of the ranges within the courtyard. The tower house, part of which blew down in a storm, had a vaulted basement, and a hall on the first floor, with private chambers on the floors above. There are fine views up and down Loch Ness. 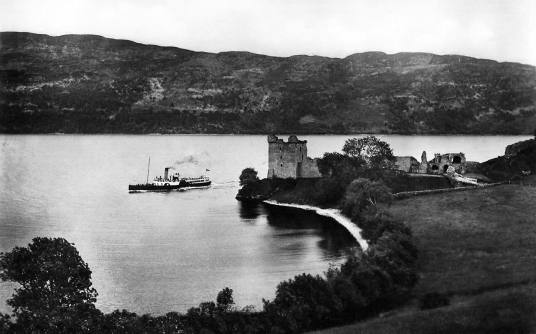 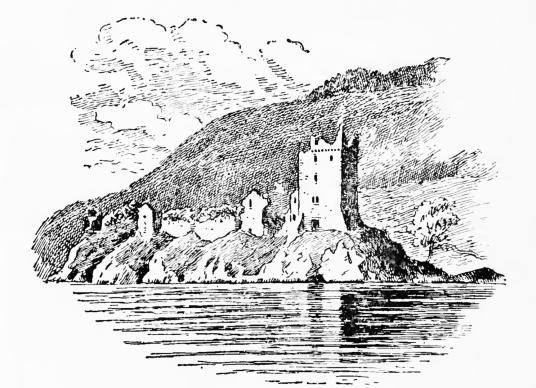 ‘Urwhart’ is marked on Pont’s map of the Great Glen.
The Picts had a fort here in the 6th century, which St Columba may have visited when he converted a Pictish chief Bridei, and where he may have confronted a kelpie or beastie in the loch. 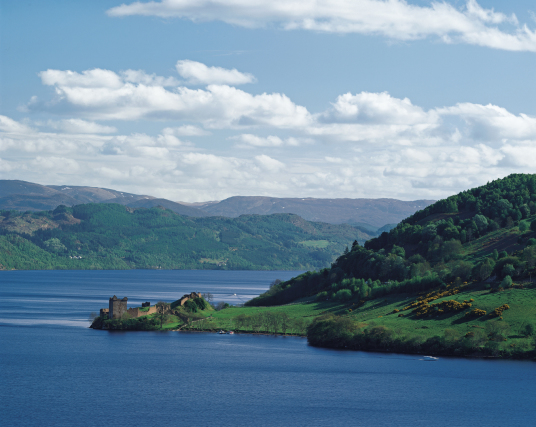 Urquhart Castle (Many thanks and © Tom Wolf www.tom-wolf.com 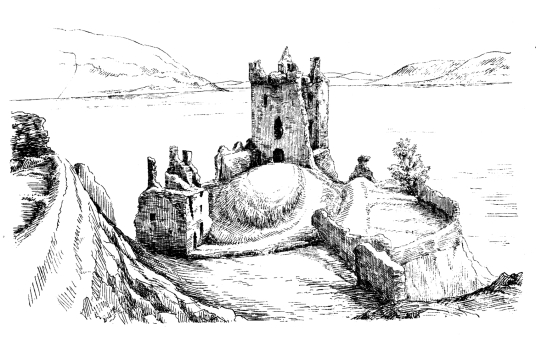 The first castle was built by the Durwards in the mid 13th century, and the large main courtyard was added in the late 13th and 14th centuries, probably by the Comyns. It was held in 1296 by forces of Edward I of England, but after two attacks was taken by the Scots, only to be recaptured by the English in 1303 after a long siege. In 1308 it was taken again by the Scots, led by Robert the Bruce. 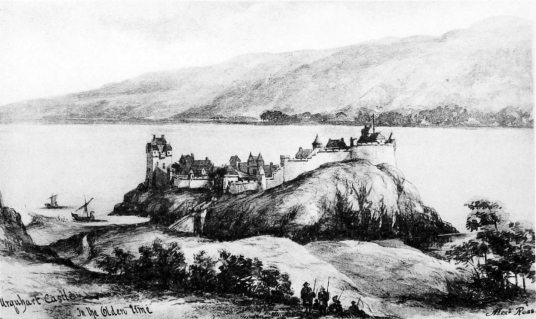 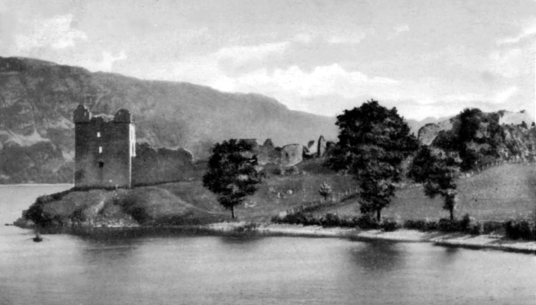 The castle held out for David II in 1333 against Edward Balliol and Edward III of England. It was captured in 1437 by the Earl of Ross, but in 1476 was given to the Gordon Earl of Huntly. In 1509 James IV gave the castle to John Grant of Freuchie, on condition that he strengthen it, and the Grants built the tower house, gatehouse and present courtyard walls. The MacDonalds, however, captured the castle about 1515, after the death of their enemy, James IV, at the Battle of Flodden, and in 1545, with their allies the Camerons of Lochiel, plundered and wasted the castle and the surrounding area. 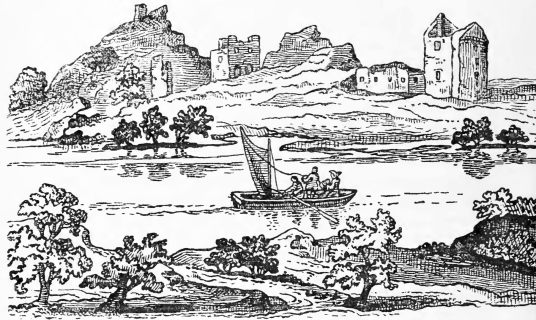 In 1644 the castle was sacked by Covenanters. The castle held out against the Jacobites in 1689, but was later dismantled in 1691 to prevent them from using it.

The castle had some 480,000 visitors in 2017, and a £300,000 refurbishment was undertaken in early 2018 to improve access to the viewing platform of the tiwer, among other things. Plans have peen proposed for a community buyout of the visitor centre, describing it as a 'cash cow', although how that would impact on access to and maintenance of the castle has not been addressed. 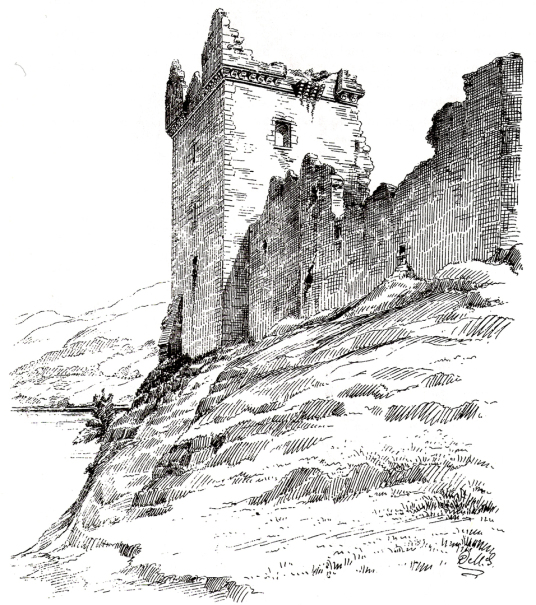 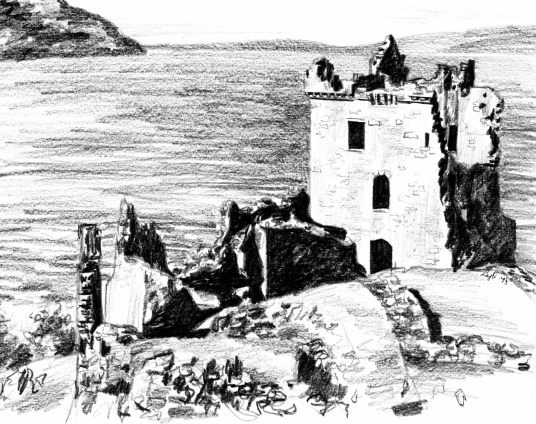 There have been many sightings of the Loch Ness Monster from near the castle, and there are two monster exhibition centres in nearby Drumnadrochit.