Culzean Castle is a spectacular clifftop mansion with an impressive interior, incorporating an old castle of the powerful Kennedys of Cassillis, in fine landscaped gardens and grounds by the sea, near Maybole in Ayrshire in southwest Scotland. 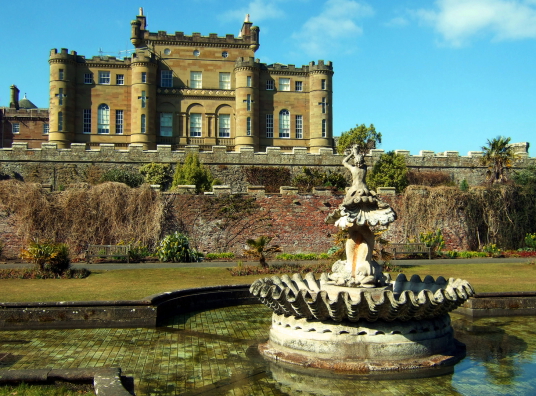 Ayrshire: About 4.5 miles west of Maybole, on minor roads north of A77 or A719, in Culzean Country Park, on shore of Firth of Clyde, at Culzean Castle. 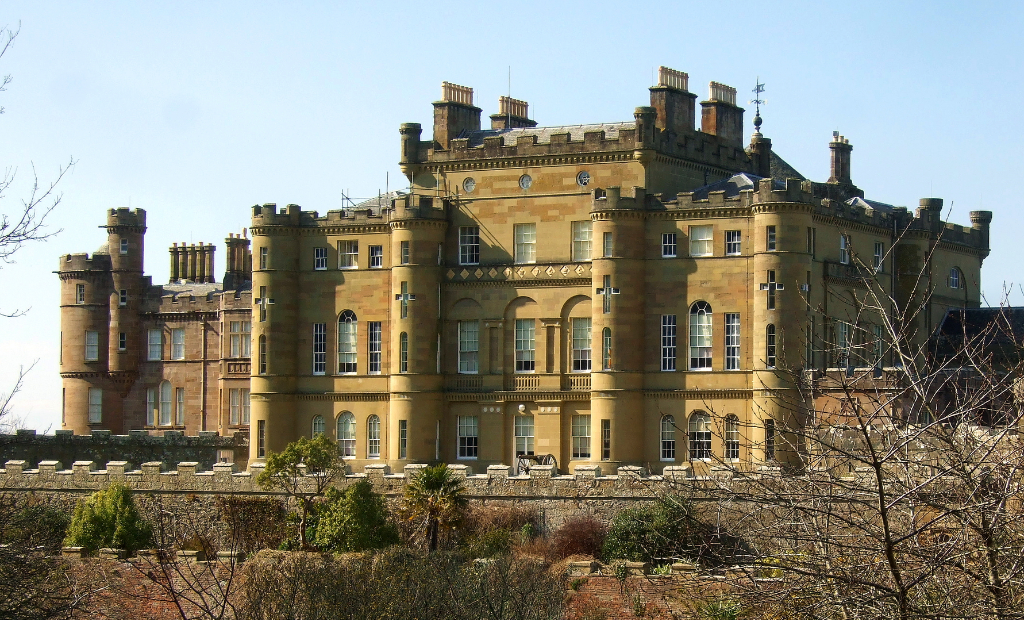 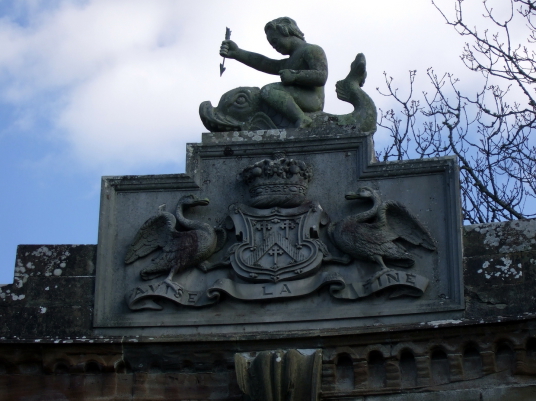 Pronounced ‘Cul-lane’, Culzean Castle, a magnificent sprawling baronial mansion of three storeys built between 1777-92, incorporates part of a 16th century L-plan tower house, which itself was built on the site of an older castle. The castle stands in hundreds of acres of grounds and parkland on cliffs above the shore of the Firth of Clyde. The building has a corbelled-out and battlemented parapet with a lower castellated extension. 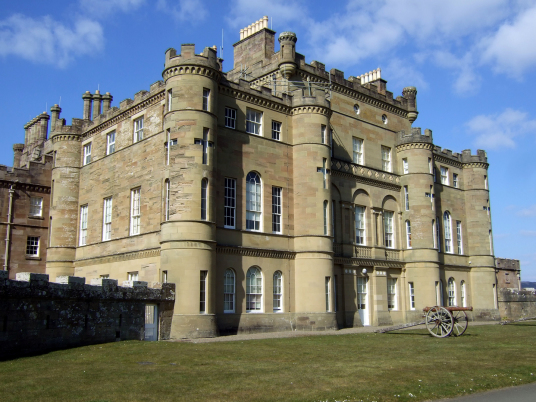 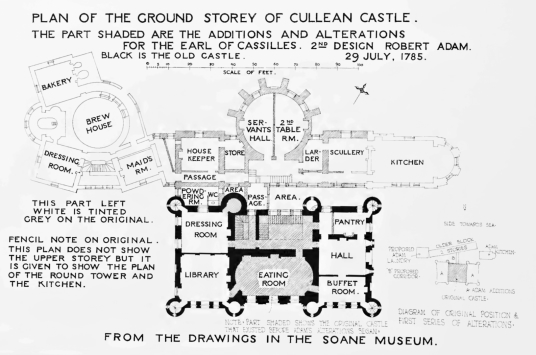 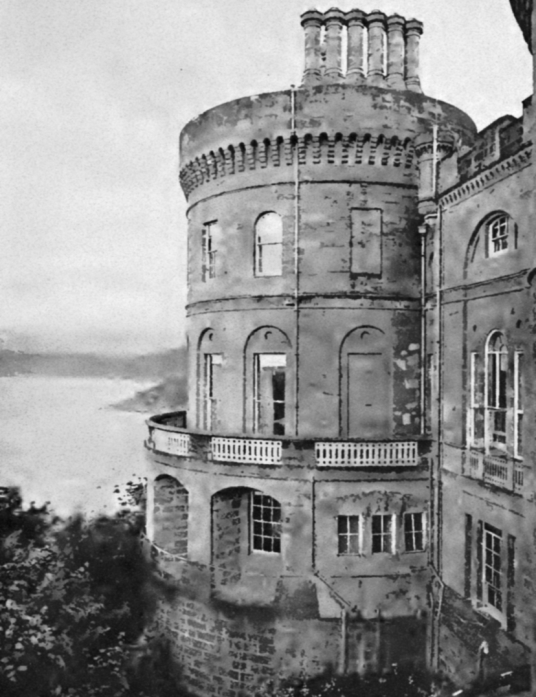 The elegant and lavish interior includes the spectacular Oval Staircase and the Circular Saloon. There is a walled garden. 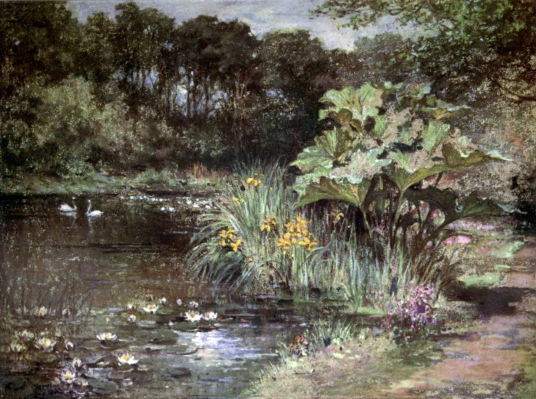 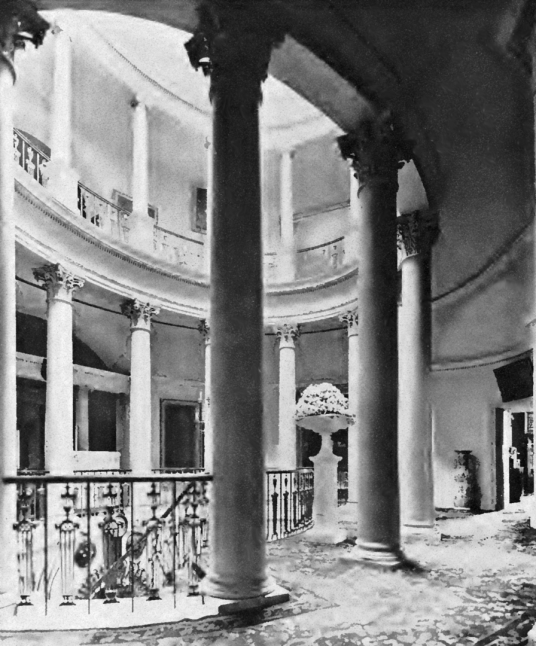 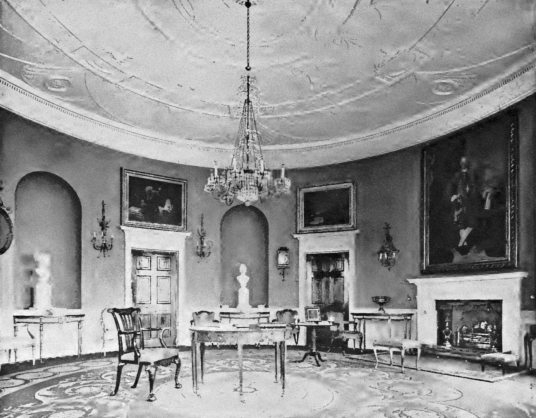 The place is prominently marked as a large tower in a large enclosed park as ‘Koif Cast.’.
This was a property of the Kennedys from the 12th century, and they may have had stronghold here from then. Thomas Kennedy of Culzean was murdered by Gilbert Mure of Auchendrane in the course of a feud after the slaying of Gilbert Kennedy of Bargany in 1601. 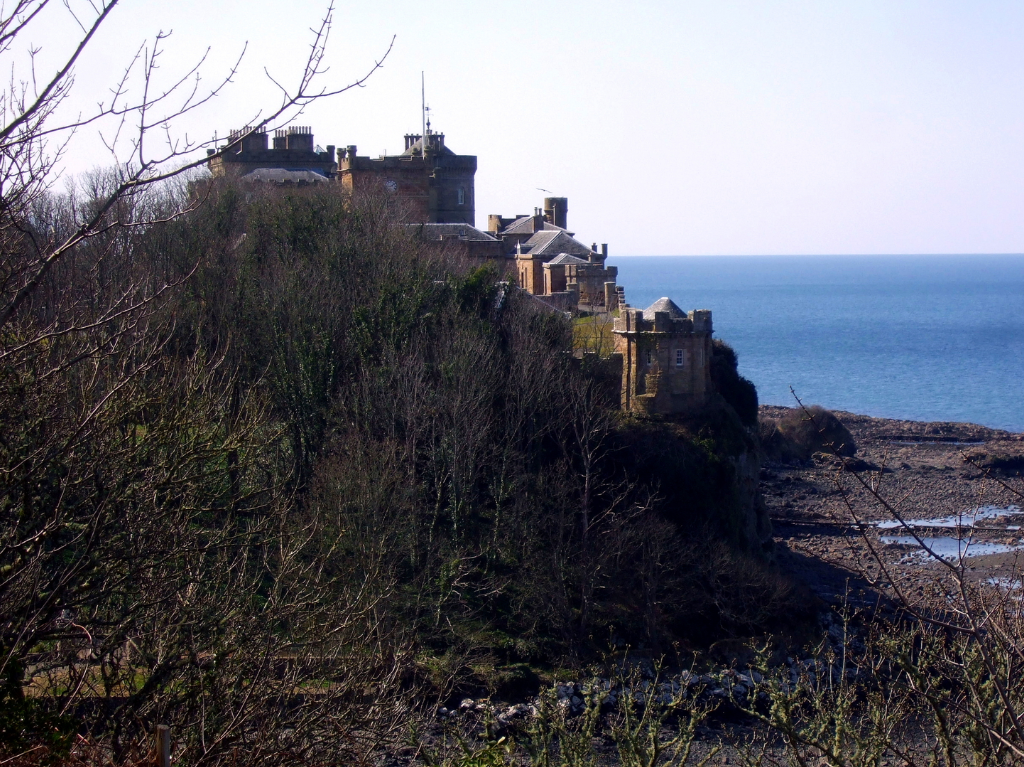 The castle was completely rebuilt, although it incorporates much of the old castle, for Thomas and David, the 9th and 10th Earls of Cassillis respectively, by Robert Adam. The property passed to The National Trust for Scotland in 1945. 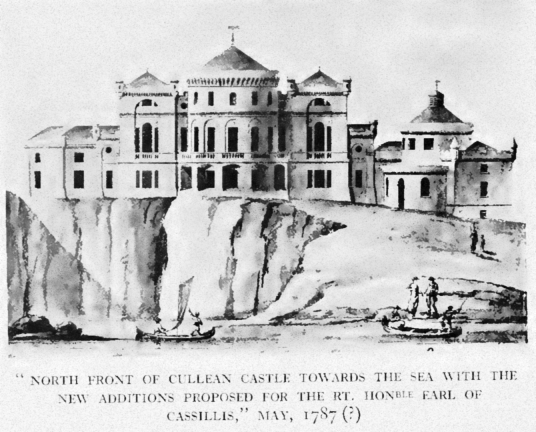 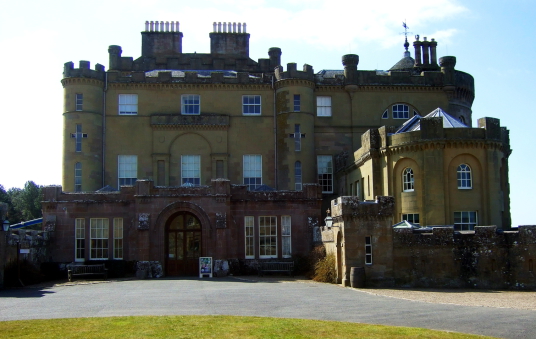 A flat within the building was reserved for use by President Dwight Eisenhower for his services to Britain during World War II, but is now an exclusive hotel. 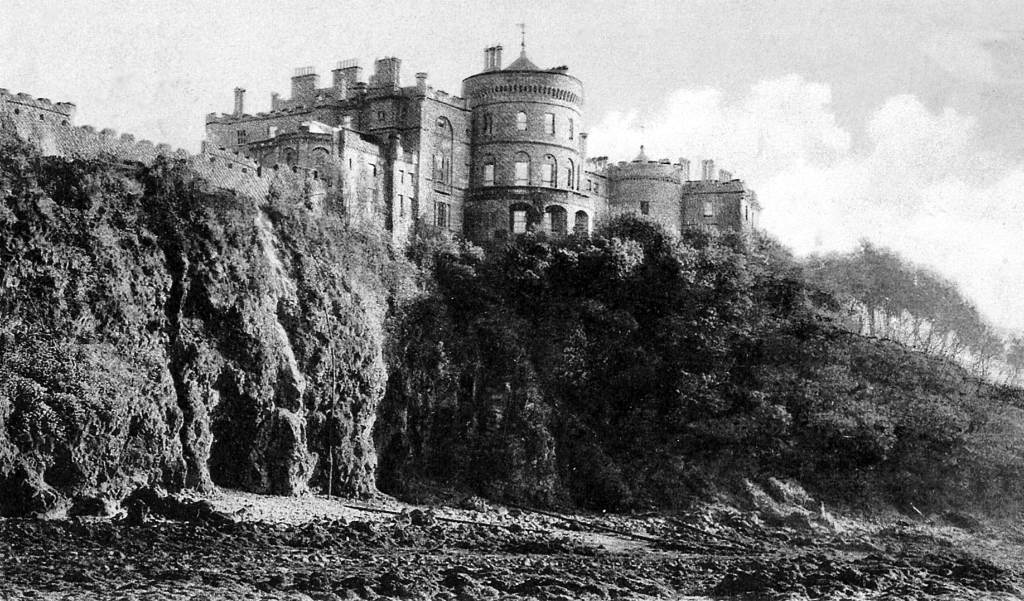 Culzean was one of the locations for the 2006 movie The Queen with Helen Mirren, as well as for The Wickerman, where it is used as the seat of Lord Summerisle. 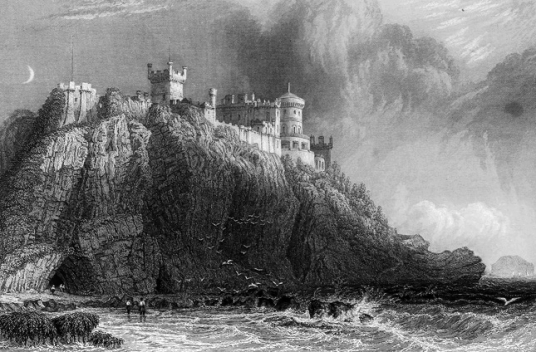 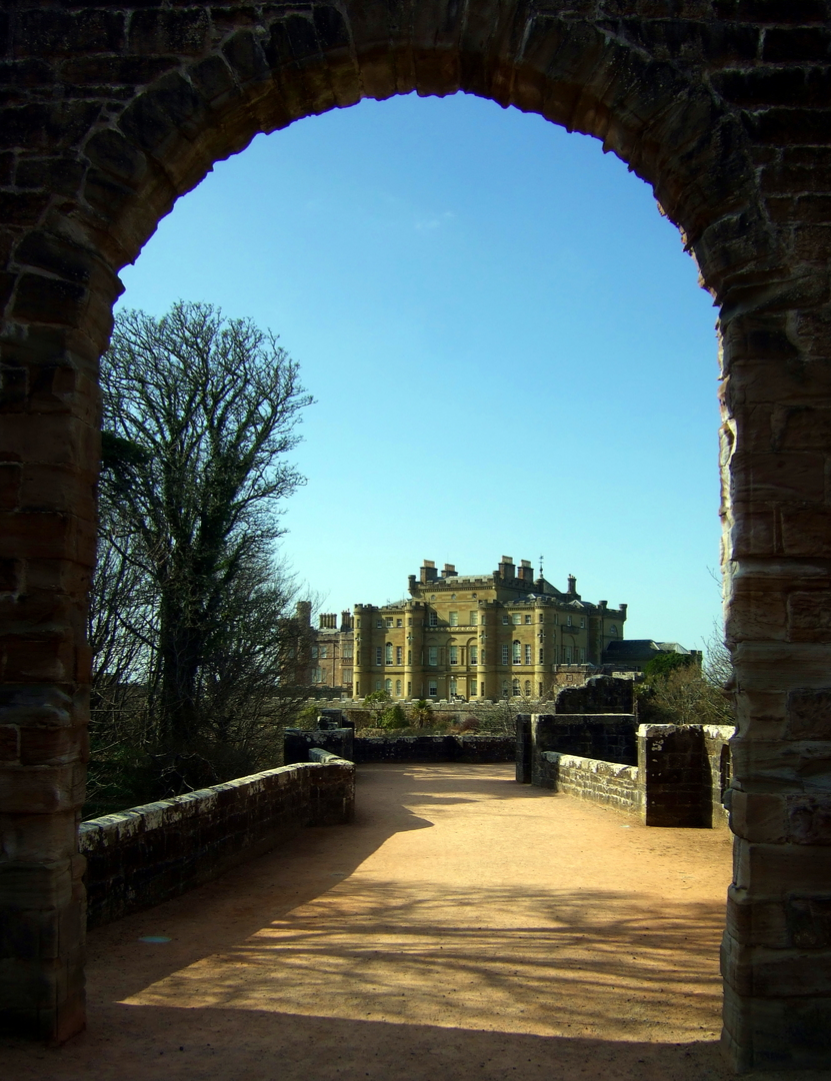 A ghostly piper is said to herald when one of the Kennedys is about to get married, and to play on stormy nights. His apparition has reportedly been seen in the grounds. There are reputedly two others ghosts who haunt the castle, one a young woman dressed in a ball gown. Sightings of a ghost were reported in 1972. There are also stories of a ‘White Lady’, said to be the ghost of a mistreated servant.