Lothians: About 2 miles east of Musselburgh, 1 mile west of Prestonpans, on minor road south of B1348, 0.25 miles south of Firth of Forth, at Prestongrange House. 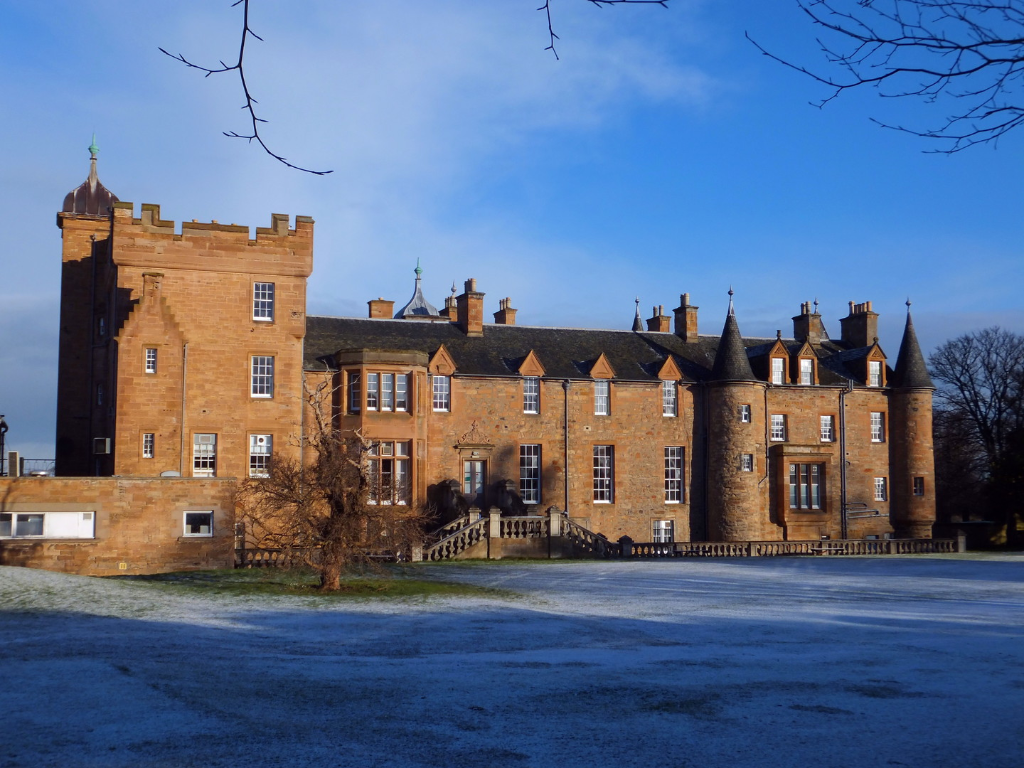 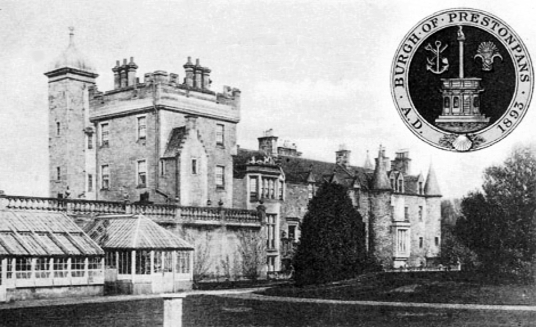 Set with views over the Forth in wooded parkland, Prestongrange House is a handsome large baronial mansion of three and four storeys, with a flourish of square and round towers capped by ogee and conical roofs. There is a semi-octagonal entrance tower, and the building incorporates work from the 15th or 16th centuries (or even 12th), including most of the long main block and the stairtower. 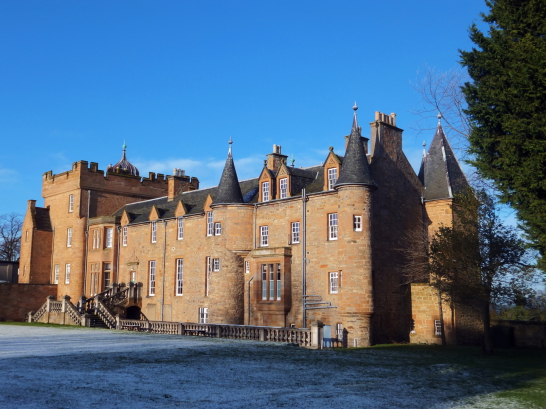 This was extensively altered and extended in 19th century by the architect W.H. Playfair including with the addition of a large rectangular battlemented tower of four storeys to the west. There is an unsympathetic modern addition at this end, and part of the basement is barrel vaulted. 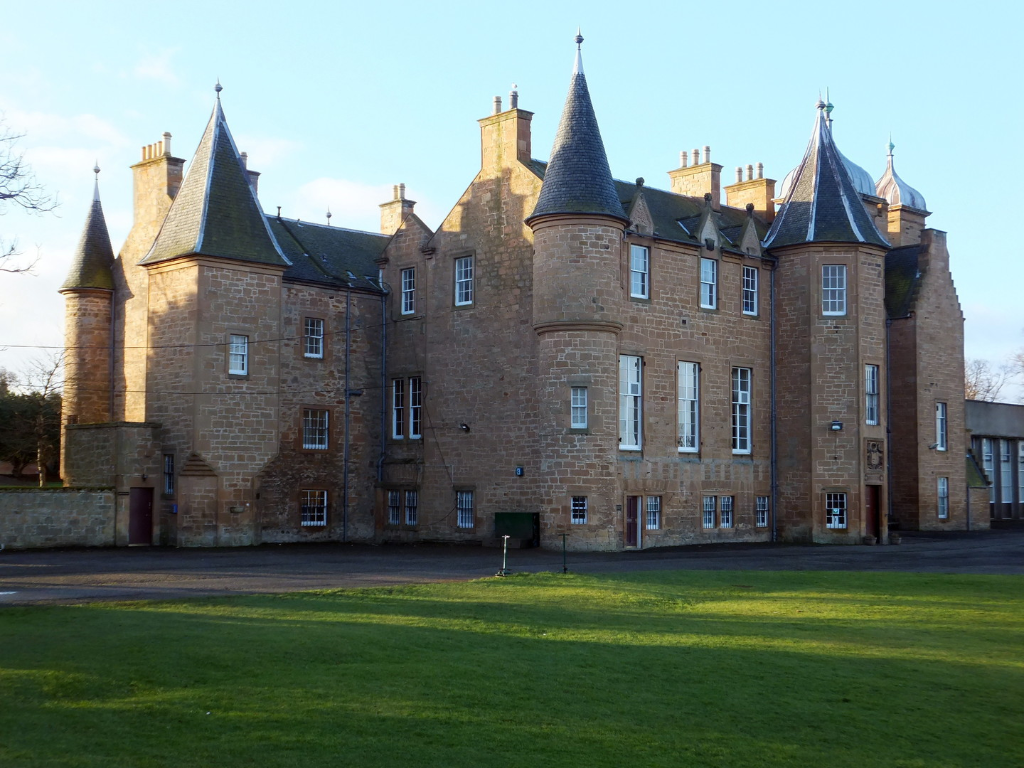 ‘Grange’ is marked on Blaeu’s map of The Lothians, then ‘Prestongrang’ on Adair’s map of East Lothian. On a map drawn just after the Battle of Prestonpans in 1745, the house is shown with a three storey tower to the west with a two storey wing with dormer windows in an extensive wooded park; however the building is only depicted with five bays so the drawing may be inaccurate. 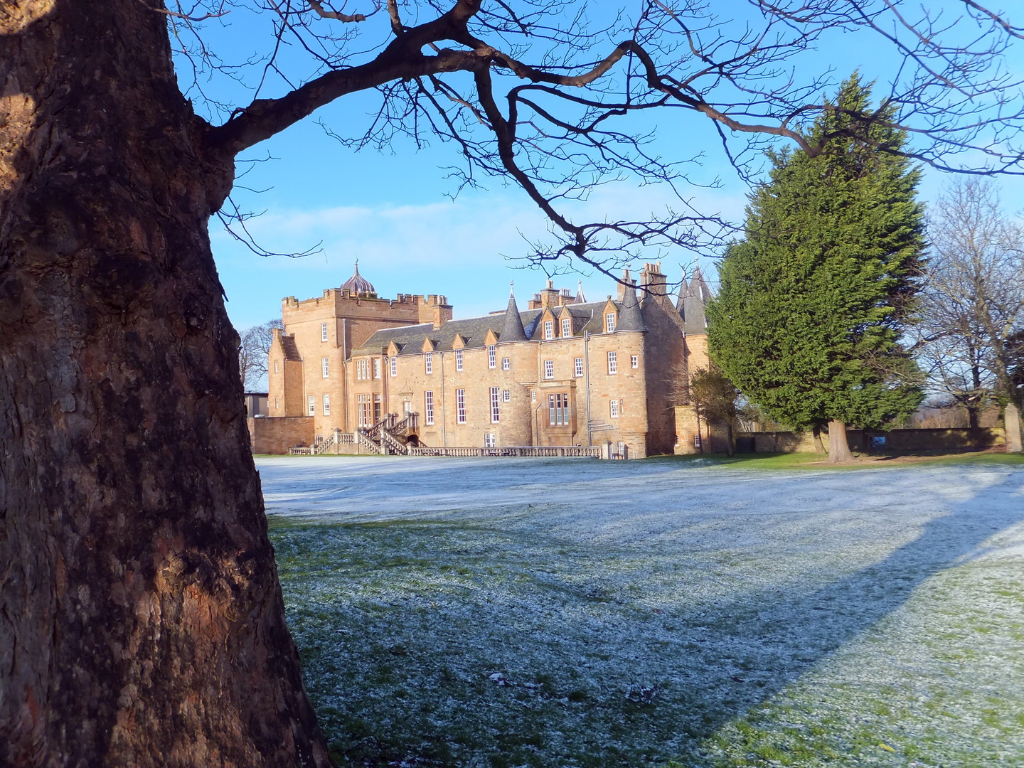 The estate passed from Newbattle Abbey, who had started coal mining here by the 13th century, to the Kerrs, later Earls of Lothian (now based at Monteviot House), and Mark Kerr, Lord Newbattle, had a ratification of 1587 which mentions the manor. The property was sold to the Morrisons in 1609, and Sir Alexander Morrison of Prestongrange is mentioned in the 1640s, then William Morrison of Prestongrange in the 1690s and 1700s. 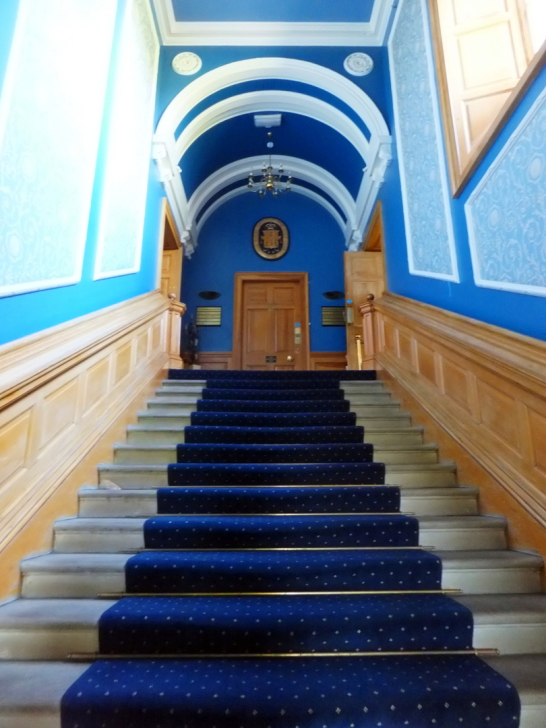 In 1746 Prestongrange was bought by William Grant, Lord Prestongrange and Lord Advocate, and then later passed to the Grant-Sutties, after Agnes Grant, his daughter, married Sir George Suttie of Balgone. A painted ceiling, dating from 1581, was discovered during alterations in 1965 and was removed to and reset in Merchiston Castle, which is now part of Napier University. The family moved out at the beginning of the 20th century, and the building now houses the clubhouse of the Royal Musselburgh Golf Club, which was founded in 1774 and is the fifth oldest golf club in the world. 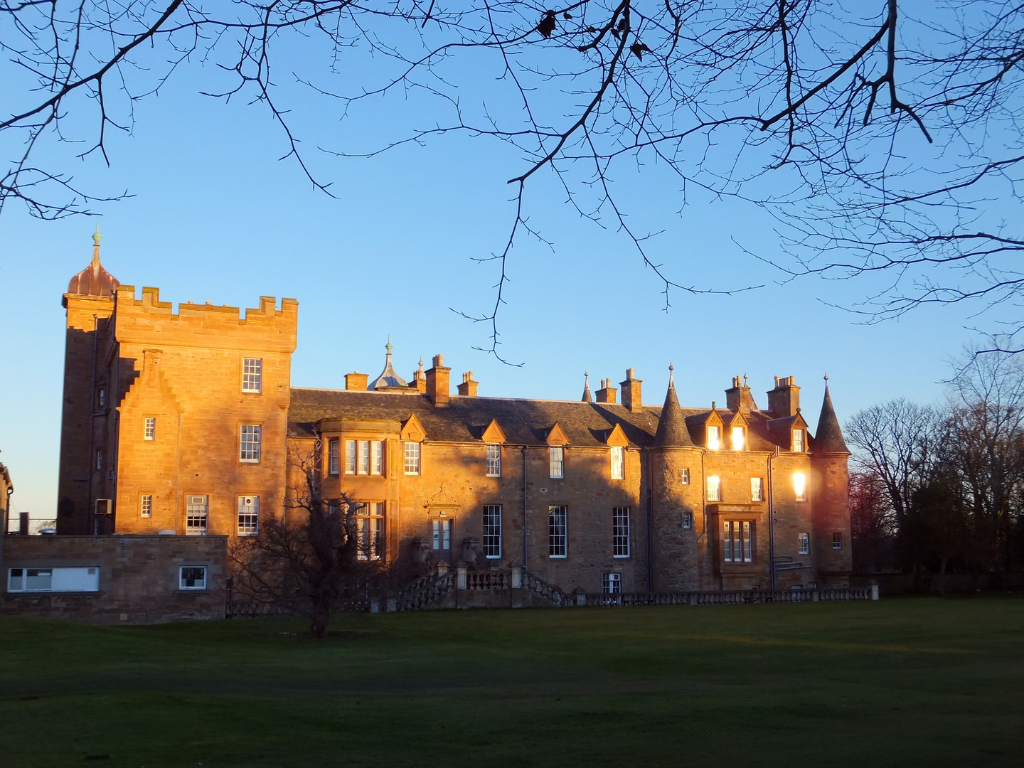 The building is said to be haunted.
The open-air Prestongrange Museum [NT 371738], with evidence of coal mining, pottery and brick making, is close by. 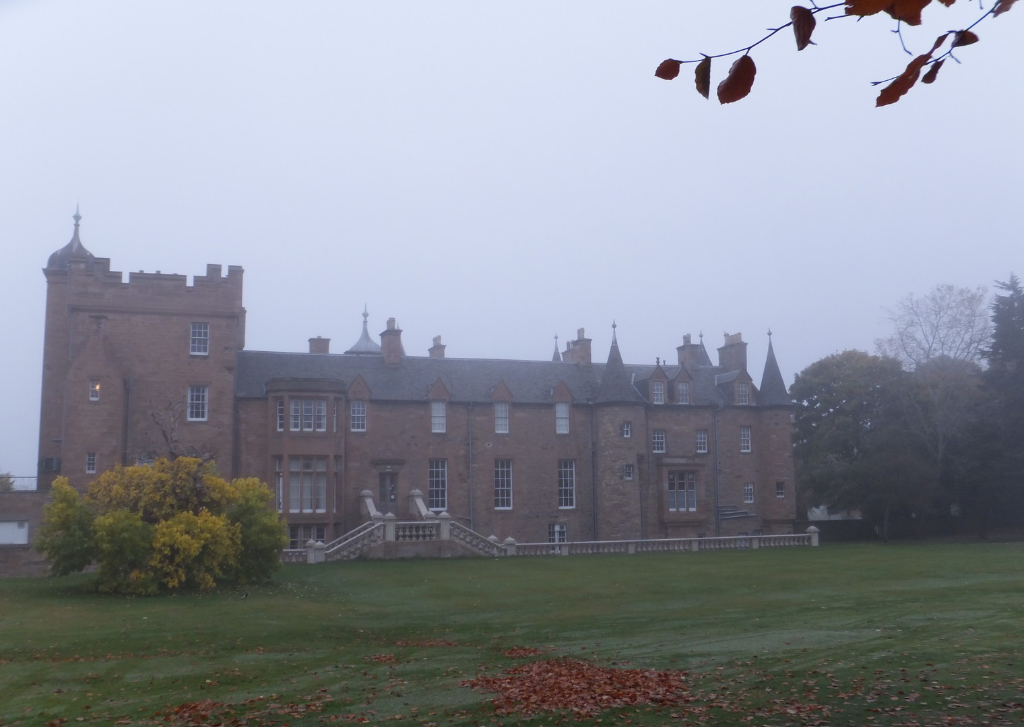 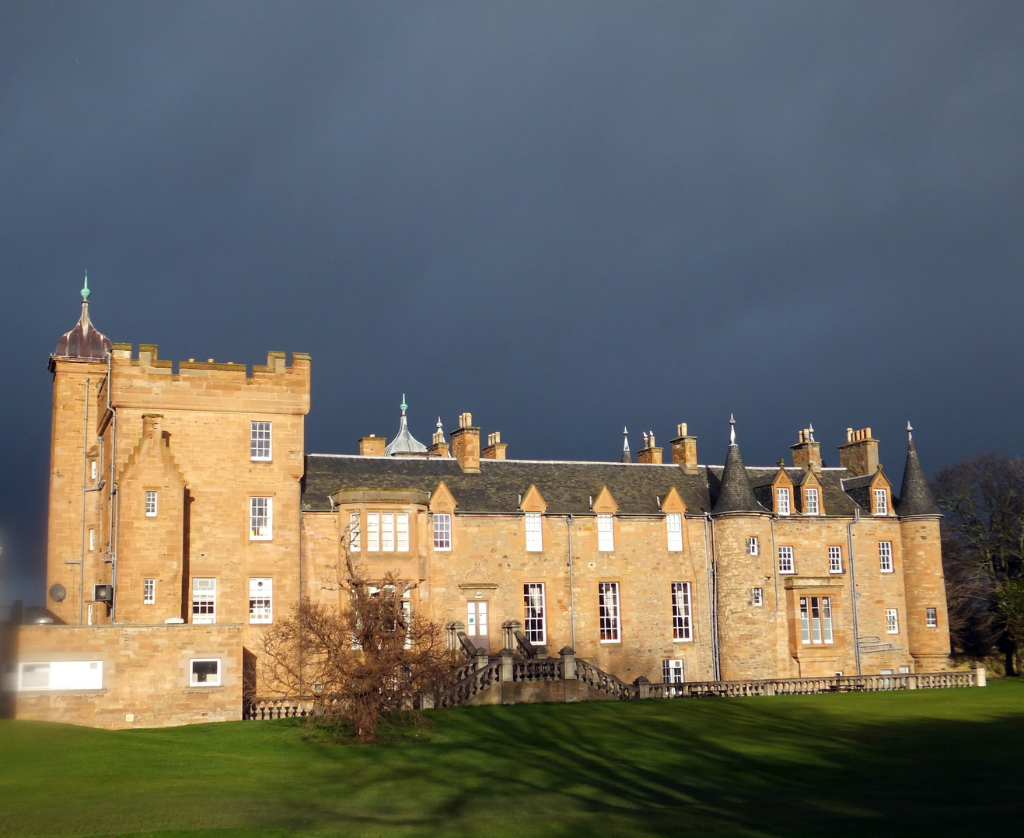 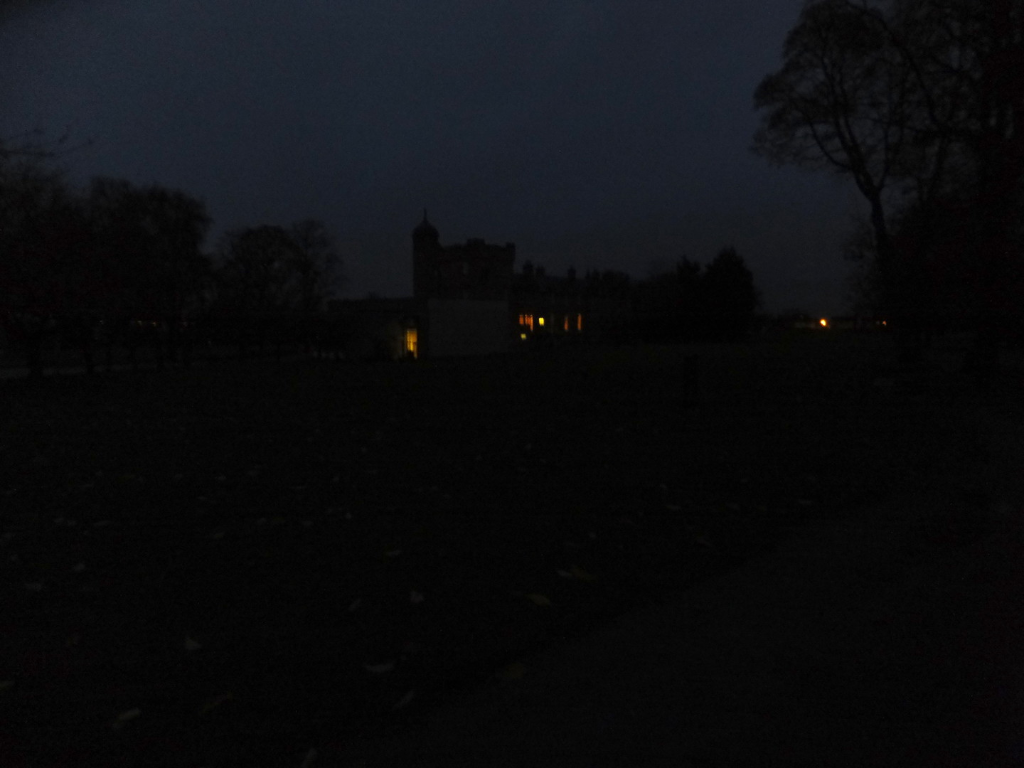 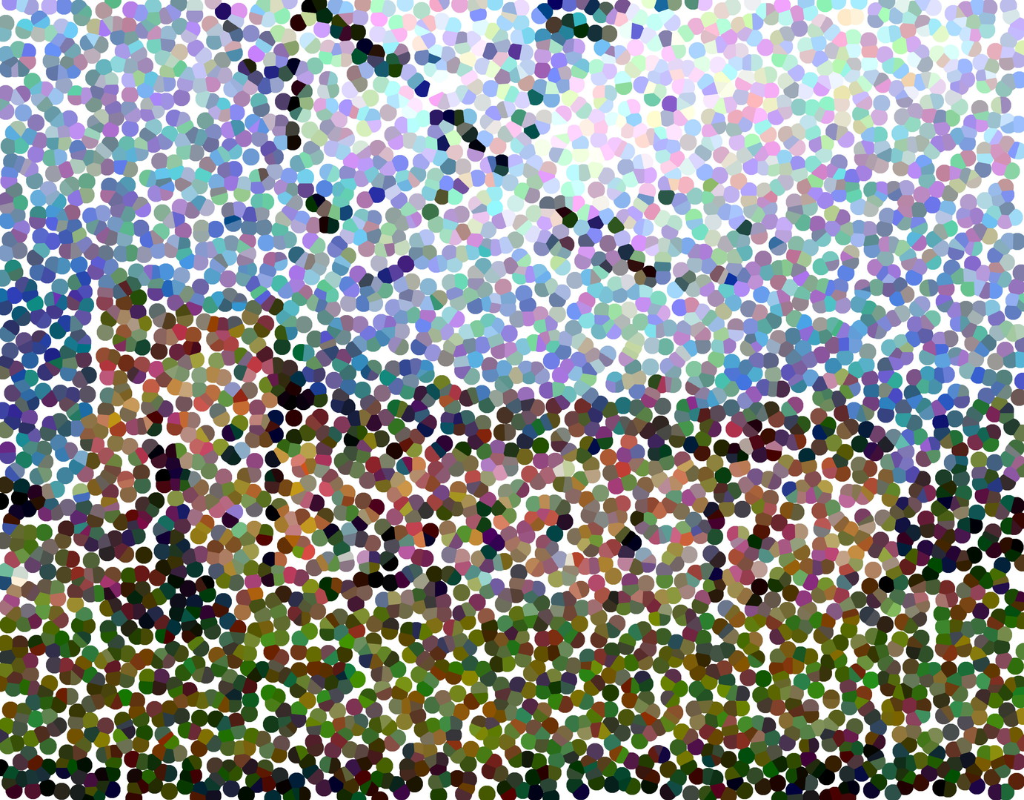 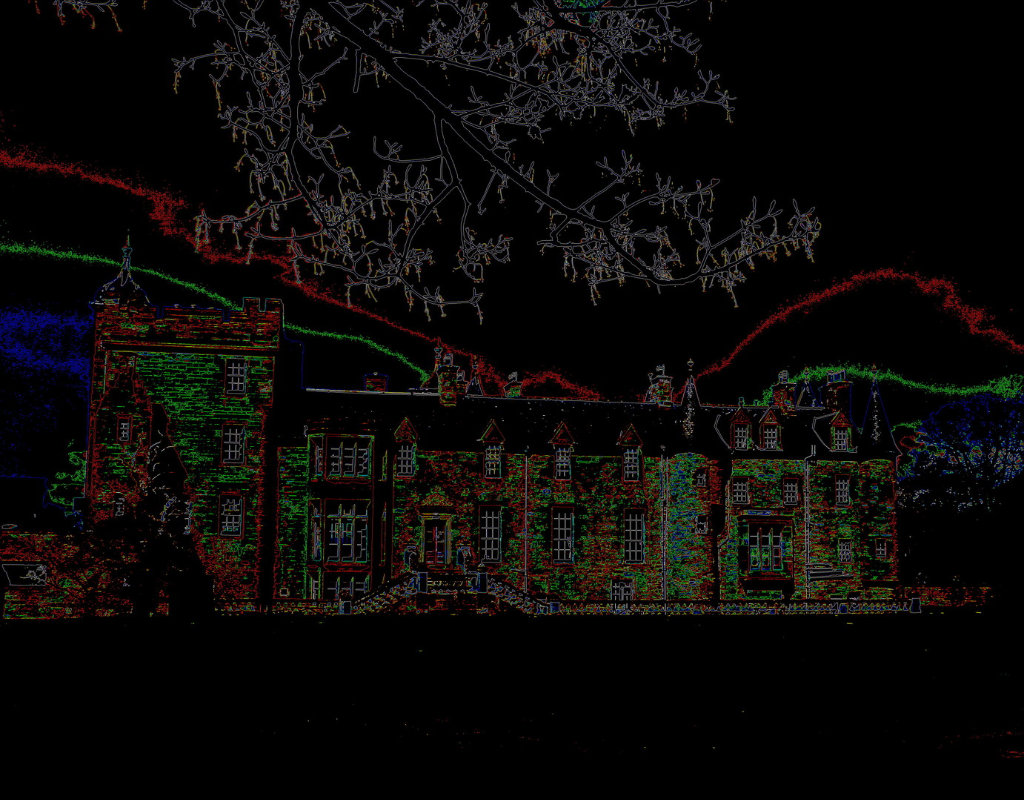 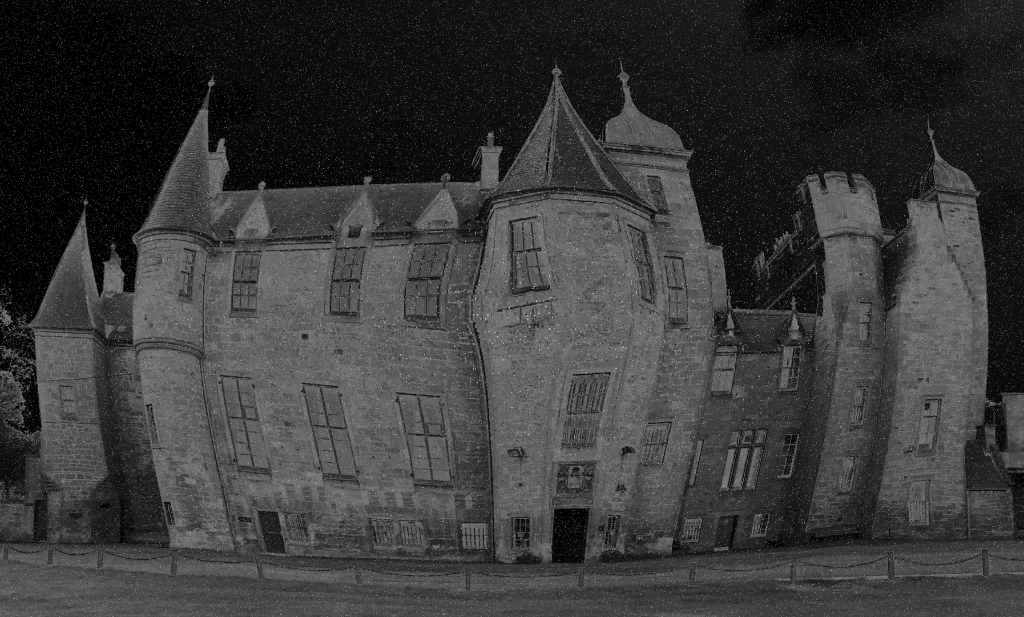