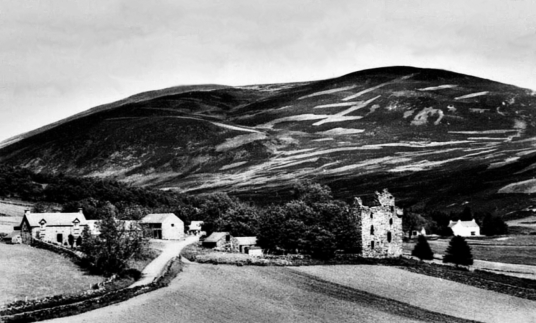 Situated in the narrow glen in a prominent spot, Forter Castle is a handsome 16th-century L-plan tower house of four storeys and a garret. It consists of a main block and an offset square wing. A stair-turret projects above the first floor in the main re-entrant angle, and round bartizans crown corners of the main block. There are a number of shot-holes.
The entrance, at the foot of the wing in the re-entrant angle, leads to a wide stair to the first floor only, while the floors above are reached by the stair in the turret. The basement was vaulted, and contained the kitchen with a wide fireplace and two cellars. The hall, on the first floor, has a large fireplace, and recreated painted beams and ceiling in 16th century style. 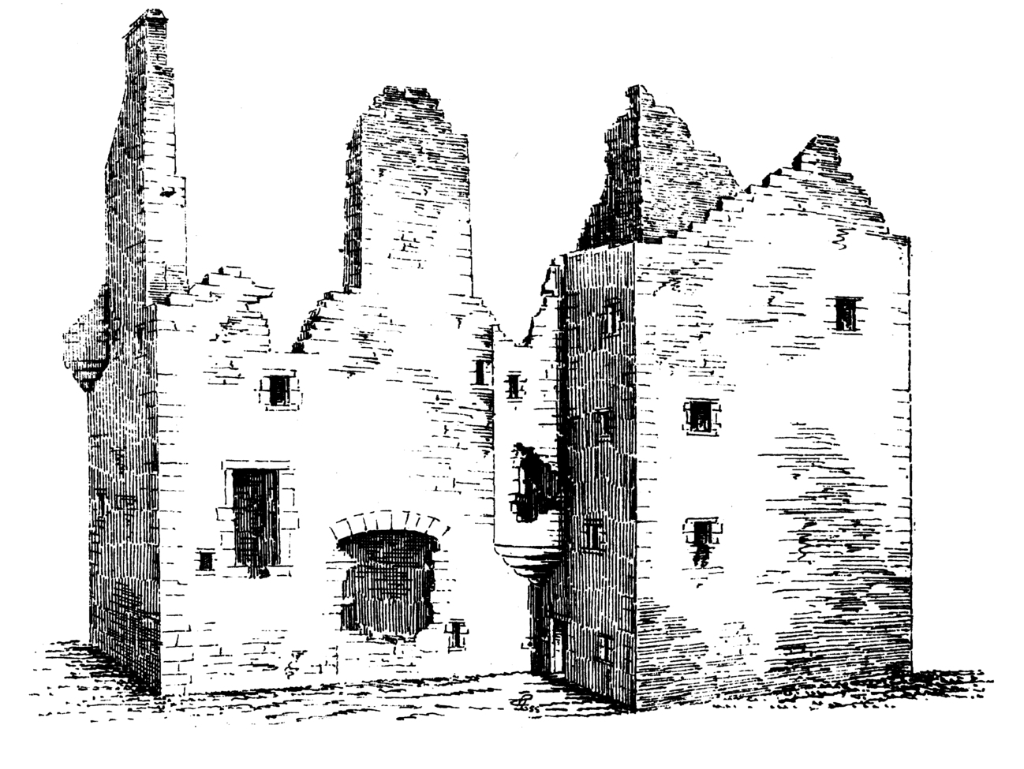 The lands belonged to the Abbey of Coupar, but passed to the Ogilvies after the Reformation. The castle was attacked in 1591 by the Campbells, and then plundered and burned by the Earl of Argyll in 1640, when he turned out the Countess of Airlie, as recounted in the old ballad ‘The Bonnie House o’ Airlie’. The castle was later restored. Also see Airle Castle and Cortachy Castle. 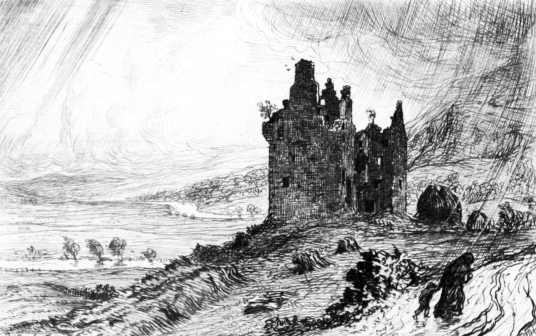 The property was sold to the MacThomas (MacCombie) family, who built a new castle at Crandart [NO 188675]. MacCombie of Forter is mentioned in a judicial proceeding of 1661. The family feuded with the Ogilvies, and were eventually ruined and had to sell the property in 1676.
Forter Castle became ruinous, but was sympathetically restored from 1988 and is occupied.