Hopetoun House, a massive and magnificent old mansion in expansive landscaped grounds by the Firth of Forth, held by the Hope Earls of Hopetoun, and near South Queensferry in West Lothian in central Scotland. 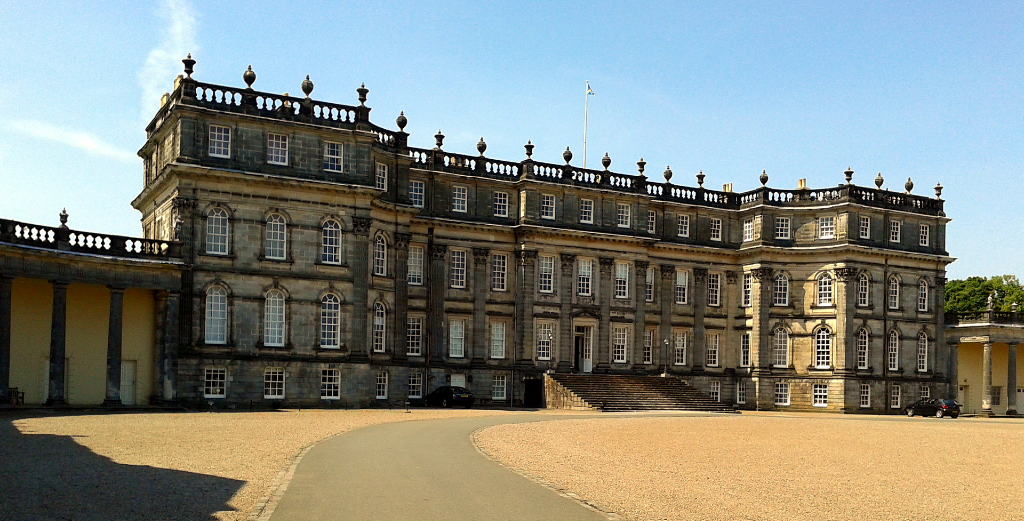 Lothians: About 2.5 miles west of South Queensferry, on minor roads north of A904, south shore of Firth of Forth, at Hopetoun House.

OPEN: Open Apr (or earlier depending on Easter)-end Sep 10.30-17.00; last entry 60 mins before closing; other times closed except for group visits by prior appt. Venue for weddings and events. Farm shop. Holiday accommodation.
Tel: 0131 331 2451   Web: www.hopetoun.co.uk 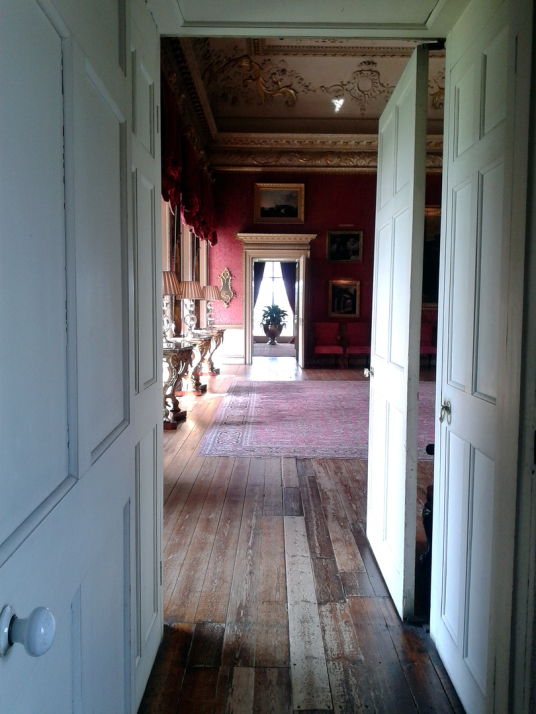 Situated on the shores of the Firth of Forth and at the centre of a 6,500 acre estate, Hopetoun House is a large, imposing and stately palatial mansion. The house has a long classical central block of four storeys and sweeping flanking wings. The oldest part of the house dates from 1699-1707, and was designed by the architect Sir William Bruce. 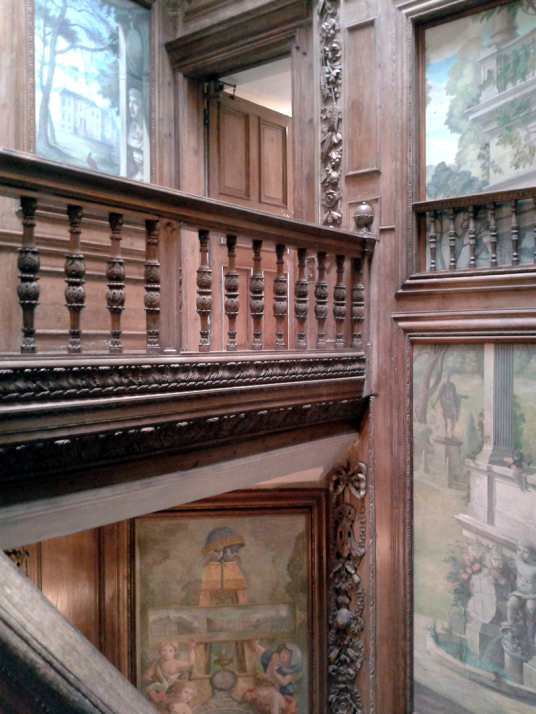 This was (and is) a property of the Hope family, who are descended from the Hopes of Craighall, a property in Fife. Sir Charles Hope, Lord Lieutenant of Linlithgow and Governor of the Bank of Scotland, was made Earl of Hopetoun in 1703. He had the house enlarged and remodelled by the architect William Adam from 1721, the work being continued by John and Robert Adam. 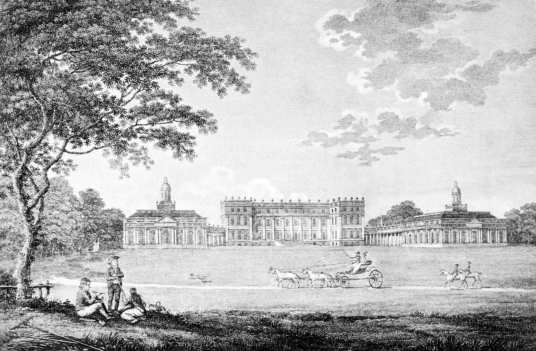 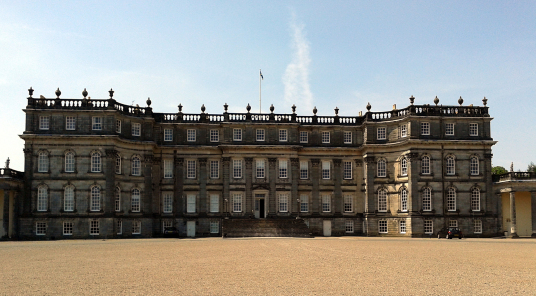 In 1902 John Hope, 7th Earl of Hopetoun, who also served as Governor General of Australia and Secretary of State for Scotland, was made Marquess of Linlithgow. Hopetoun was transferred to a charitable trust in 1974, although the Earls of Hopetoun still live at the house. The family also owns Luffness House in East Lothian. 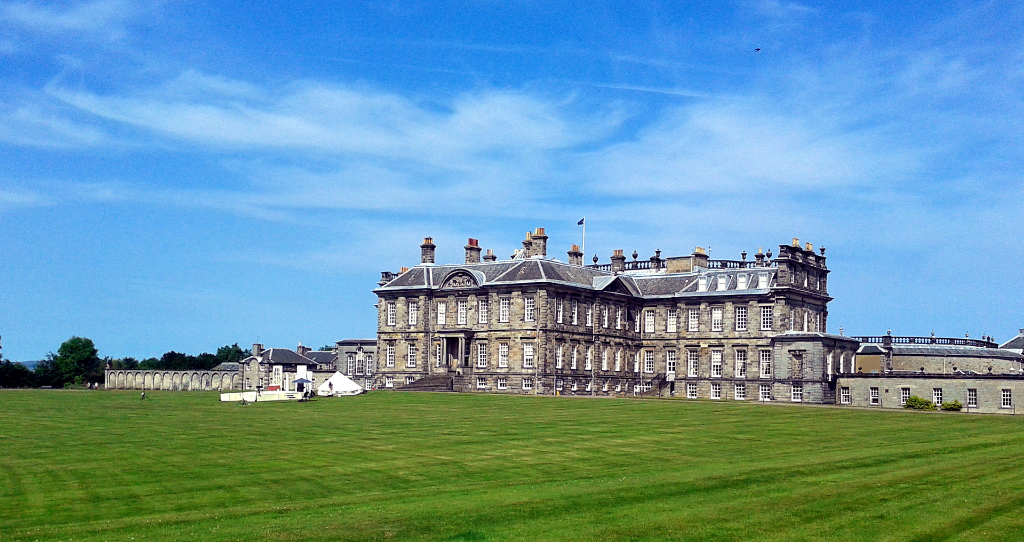 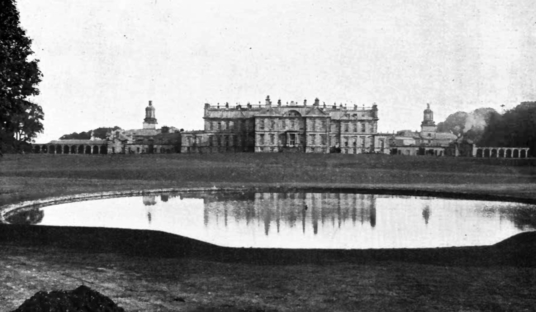 There are fine interiors, dating from the late Georgian period through to the Edwardian, and the house is set in 100 acres of gardens and rolling parkland.
The black-clad apparition of a man is said to have been witnessed in the grounds, and to herald doom or misadventure in the lives of the Hope family.

At Abercorn Church [NT 083792] is the Hopetoun Aisle of 1707 with fine mural monuments, as well as The Binns aisle dating from 1618 and Tam Dalziel of The Binns is buried here.  The present church, which is dedicated to St Serf, dates from the Reformation to the present day.

Hopetoun House is used as a location in the Outlander TV series, being the home of the Duke of Sandringham in Series One, as well as other scenes (Outlander scenes). Midhope Castle, Jamie’s home Lallybroch, is also on the Hopetoun estate and the exterior may be viewed, although a pass should be bought from Hopetoun Farm Shop.