Balvaird Castle, a large and impressive old tower house with ruinous outbuildings of the Murrays, in a very imposing and beautiful position in Glen Farg, some miles from Bridge of Earn in Perthshire. 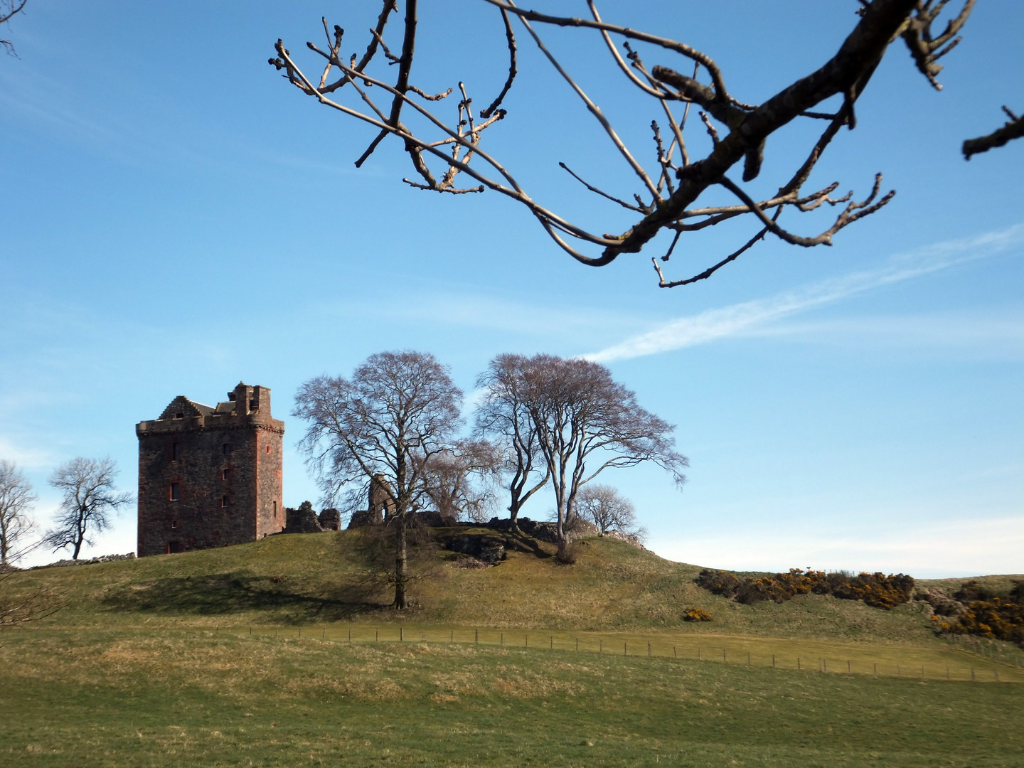 Perthshire: About 4 miles south and east of Bridge of Earn, on minor road and foot east of A912, 1 mile south of Glen Farg, 0.25 miles south-west of Balvaird Castle. 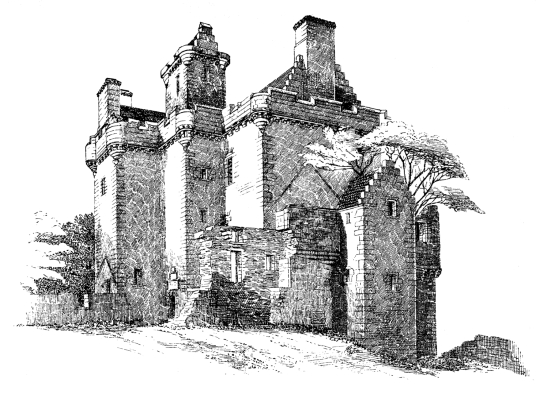 In an attractive spot in Glen Farg, Balvaird Castle is a fine well-preserved L-plan tower house. It incorporates work from the 15th century, and there are the ruins of outbuildings in a courtyard along with the remains of a large walled garden or orchard.

The massive tower has a main block of three storeys and an attic, the wing rising a storey higher. A square stair-tower, in the re-entrant angle, is crowned by a caphouse and watch-chamber. The roof has corbiestepped gables, and the parapet projects on corbelling. 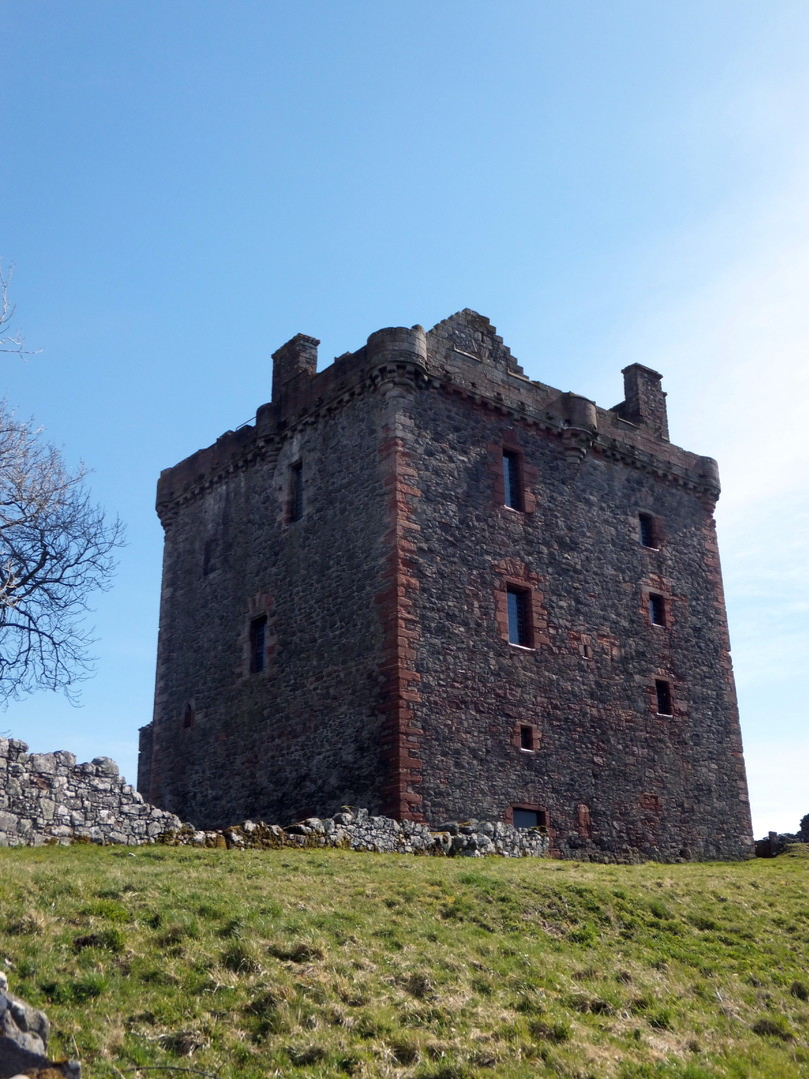 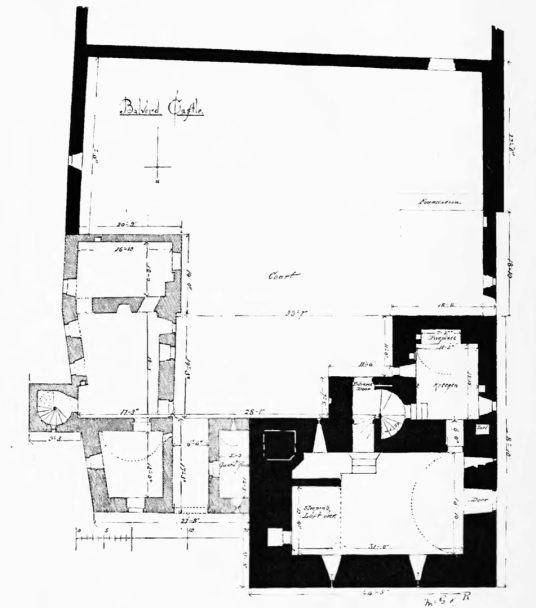 The entrance is in the foot of the stair-tower. The basement is vaulted, and contains the kitchen in the wing, with a pit-prison in the thickness of the walls. The hall, on the first floor, has a fine carved fireplace, window seats and an elaborately decorated aumbry. The cludges all link into one drain, which was flushed out by rain water from a tank on the roof. 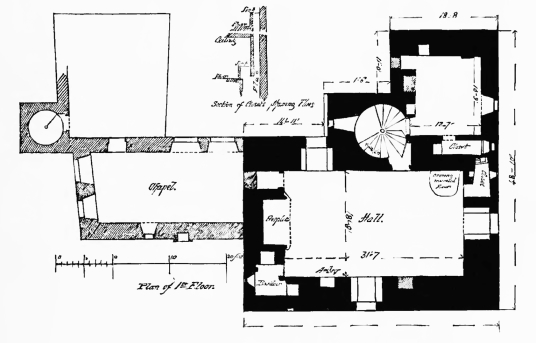 The courtyard has had ranges of buildings, but these are mostly ruined, apart from the two-storey gatehouse. The second storey is corbelled out and contains a chapel.
‘Balverd’ is marked on Blaeu’s map of Fife. 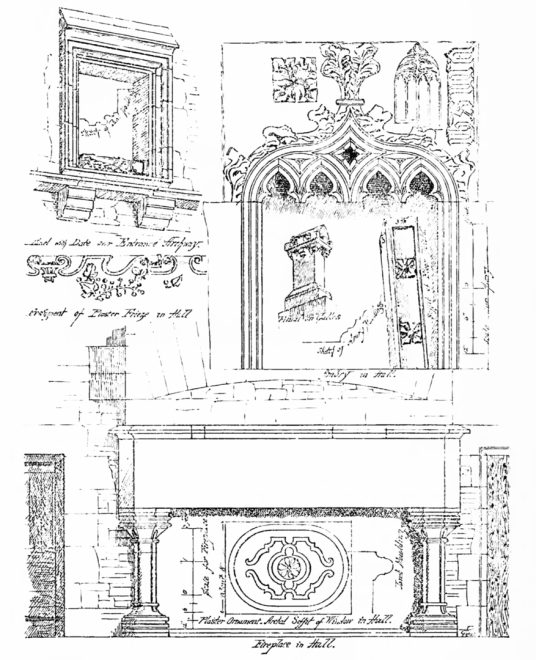 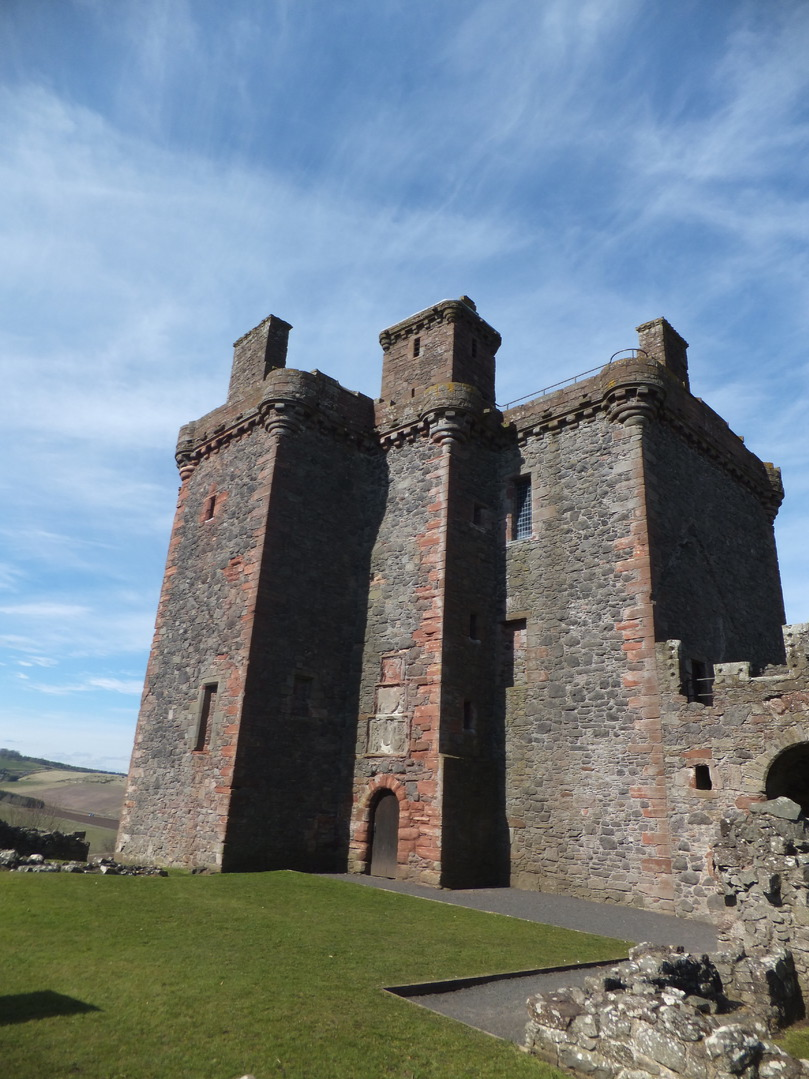 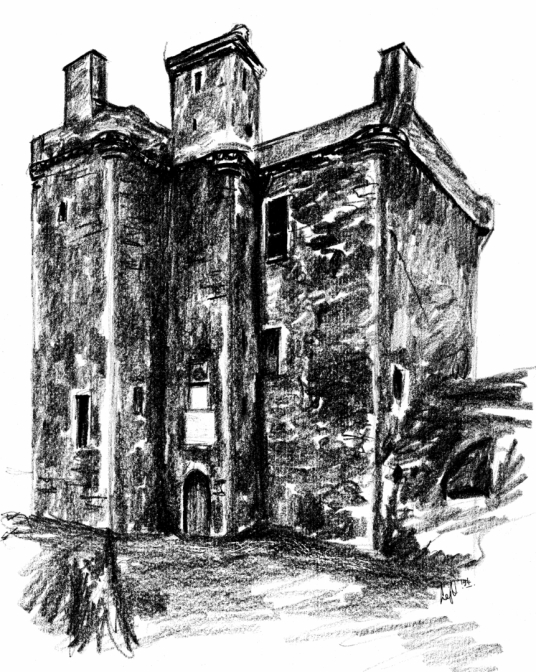 His son, David, was one of those who helped James VI dispose of the Earl of Gowrie and his son in the Gowrie Conspiracy (see Huntingtower and Gowrie House), and he was made Viscount Stormont in 1621. The tower, fortalice and manor place was ordained to be the principal messuage in a ratification of 1681 in favour of David Murray, Viscount of Stormont. 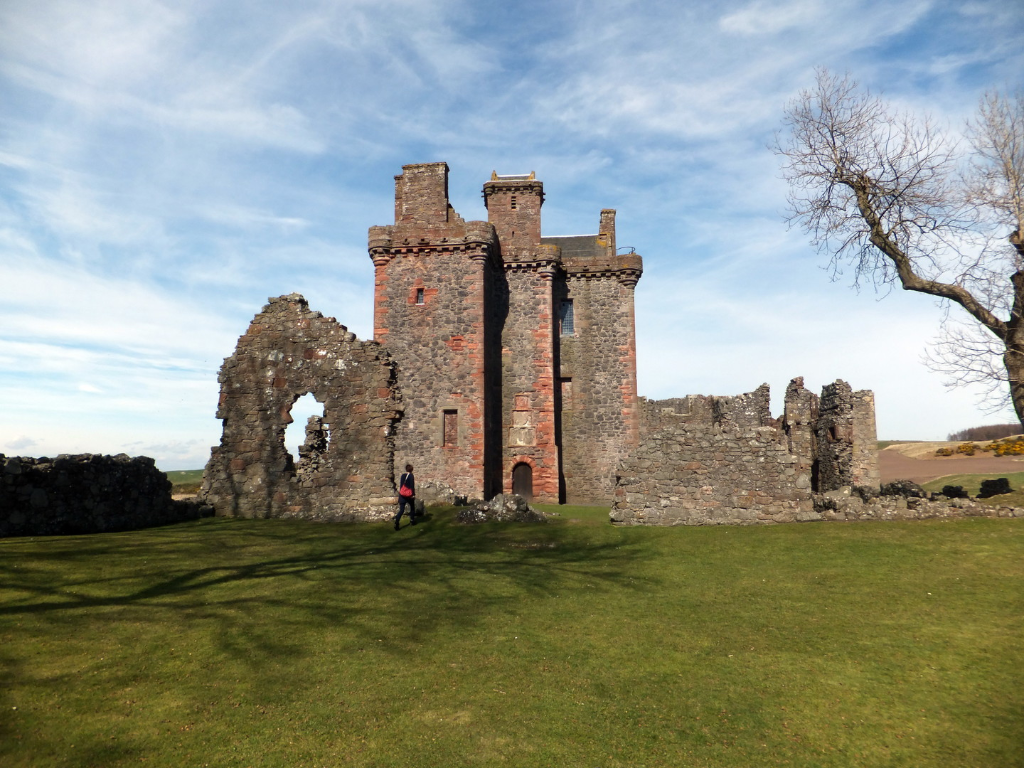 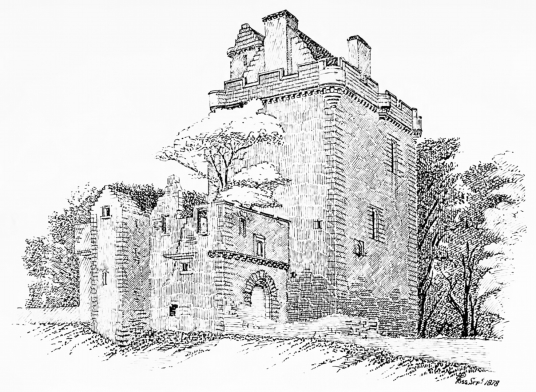 The family were made Earls of Mansfield in 1776, and had moved to Scone Palace [NO 114267] by the middle of the 17th century. The castle was then used to house farm workers.
The castle is still owned by the Murrays, but is now in the care of HES.