Bishops's and Earl's Palace, a fabulous complex of two ruinous palaces, one a magnificent Renaissance edifice built by the notorious Patrick Stewart, Earl of Orkney, near St Magnus Cathedral in Kirkwall, the capital of Orkney, in the far north of Scotland. 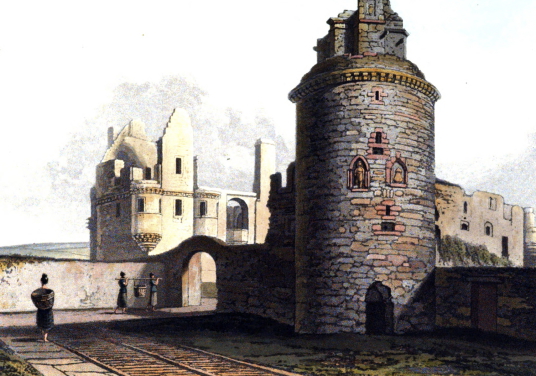 Orkney: In Kirkwall on Orkney, on minor road just south of A960 (Palace Road), across road from cathedral, by Watergate, at the Bishop's and Earl's Palaces. 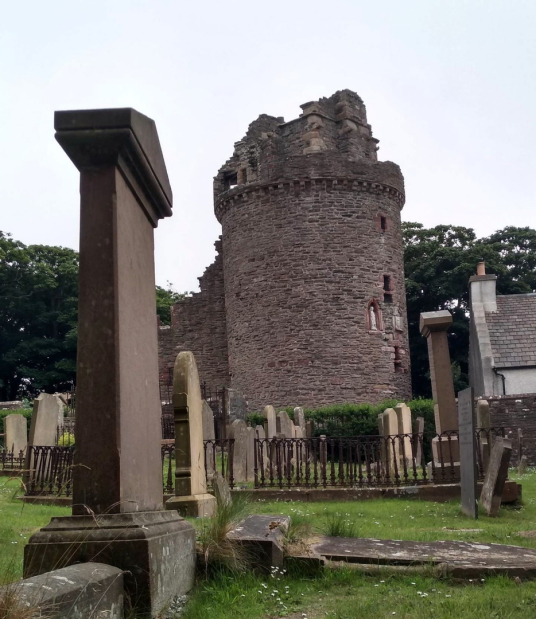 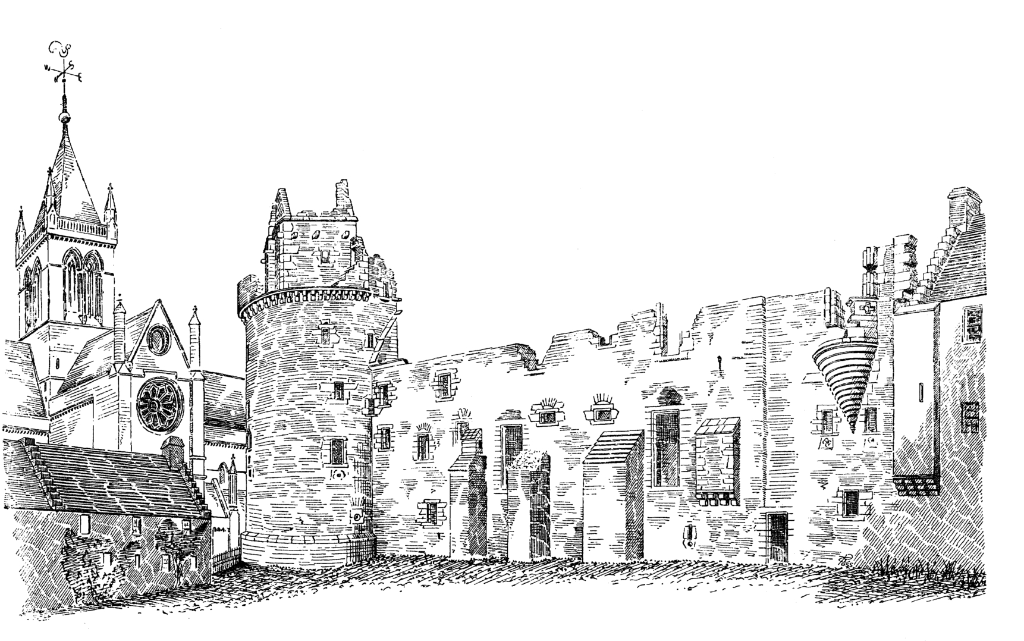 Standing across the road from the magnificent medieval cathedral, the Bishop’s Palace consists of a hall block of three storeys and an attic, with a large four-storey round tower at one end. The building incorporates work from the 12th century, although it was much altered in the 16th century. The round tower had a corbelled-out parapet and a garret of two storeys. The palace was altered again at the end of the 16th century, with the addition of an arched loggia and corbelled-out turrets. A courtyard wall probably joined it to the nearby Earl’s Palace. 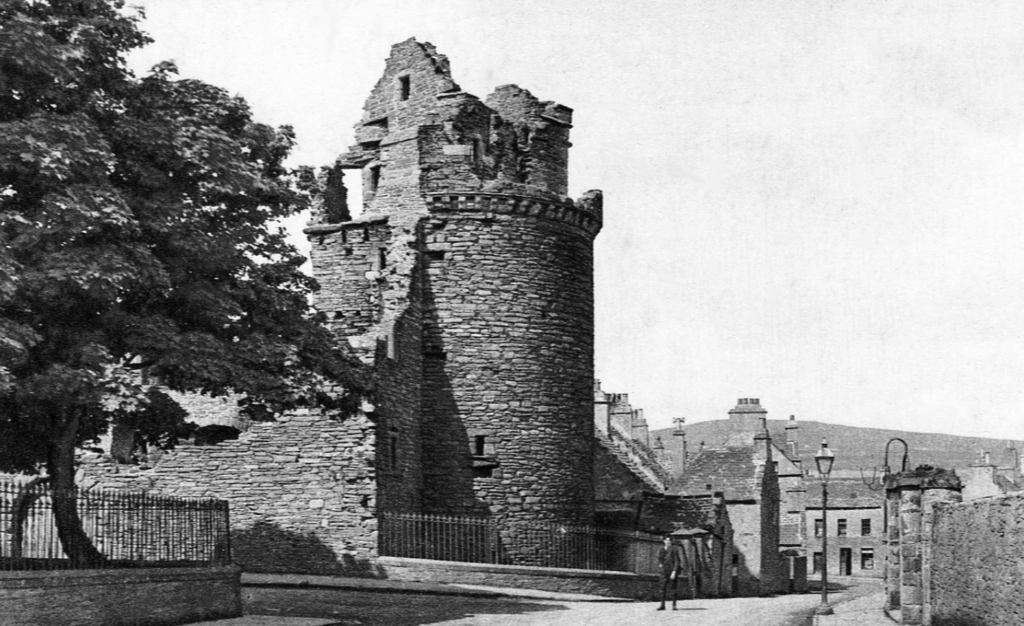 The palace was the residence of the Bishops of Orkney from the 12th century, when Orkney was held by the Norsemen. King Haakon Haakonson died here in 1263 after his defeat at the Battle of Largs. In 1568 Robert Stewart, an illegitimate son of James V, acquired the lands of the Bishopric of Orkney, as well as the Earldom. He was followed by his son, Patrick Stewart, in 1593, who had the Bishop’s Palace remodelled and built the Earl’s Palace nearby. He was executed in 1615 along with his son, Robert, after Robert had led a rising in the islands. The palace returned to the Bishops of Orkney, who occupied it until 1688. 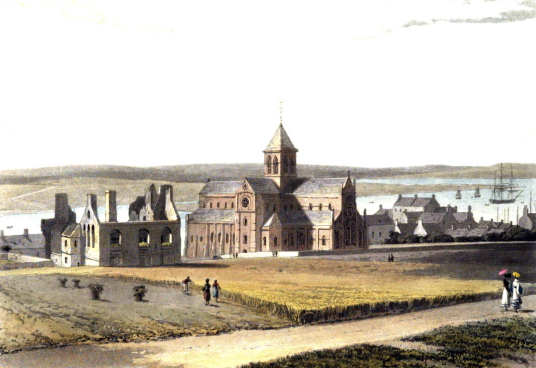 There are stories of an underground tunnel connecting the Bishop’s Palace to the Cathedral, which is said to have a ghostly piper, sent to explore the passageway. He reputedly never returned, but at times the pipes are heard from beneath the ground. 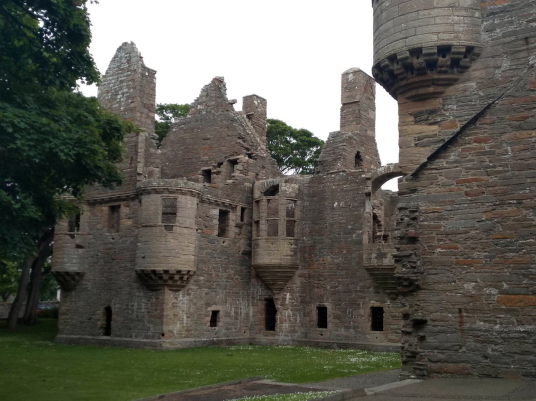 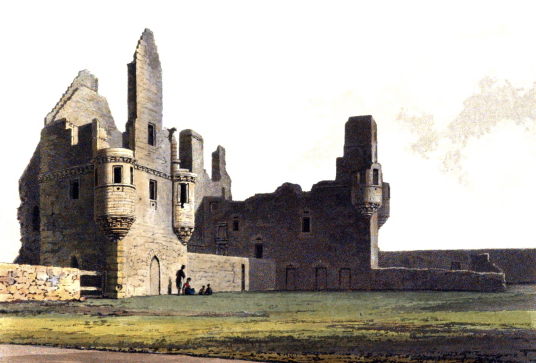 Just across from the Bishop’s Palace, the Earl’s Palace is a remarkable 17th-century U-plan tower house or palace of two storeys and an attic. It consists of a main block, one long projecting wing, and another small offset square wing. The square wing has turrets, at first-floor level, at two of the corners. Large oriel windows, also at first-floor level, have moulded transoms and mullions. The walls are pierced by shot-holes, and there are corbiestepped gables. The palace is dated 1607. 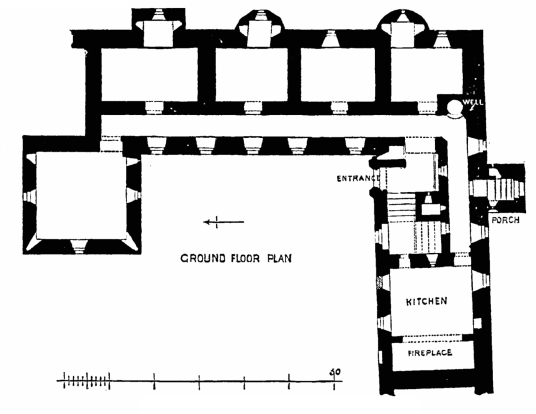 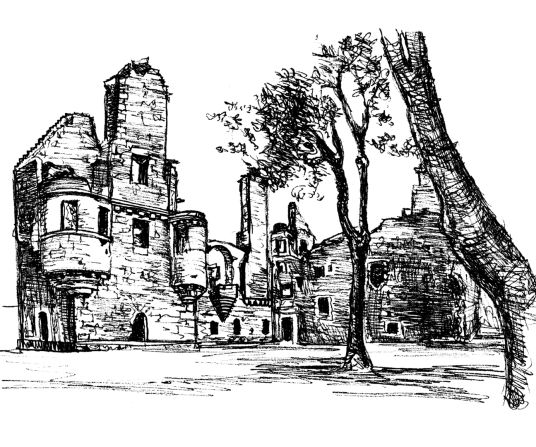 A courtyard wall linked the adjacent Bishop’s Palace with the Earl’s Palace.
The main moulded entrance, in the re-entrant angle with the long wing, opens into a vaulted lobby and a fine scale-and-platt stair climbs to the first floor. A passageway, from the main entrance, leads to vaulted cellars in the basement and to the kitchen with a massive fireplace. 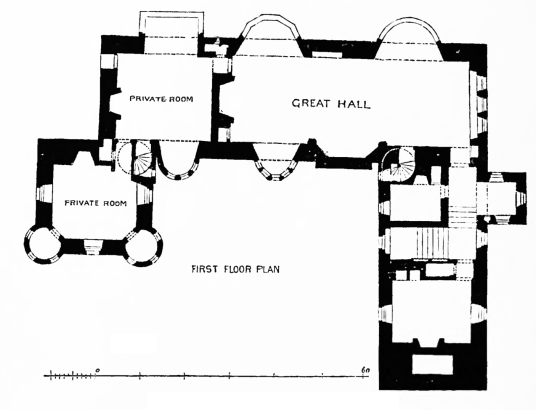 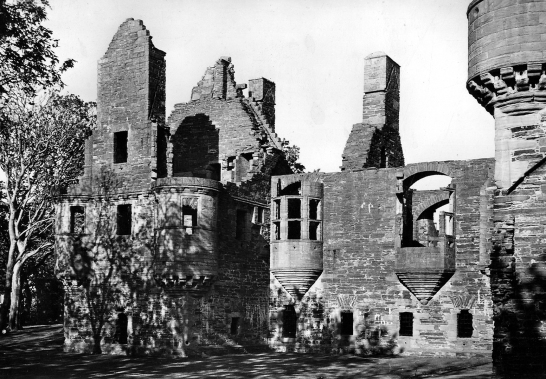 Another entrance, through a porch, also led into the basement.
The hall, on the first floor, has been a fine chamber with a large fireplace and oriel windows in both walls. An adjoining withdrawing chamber also has oriel windows. There were private chambers on the floor above. 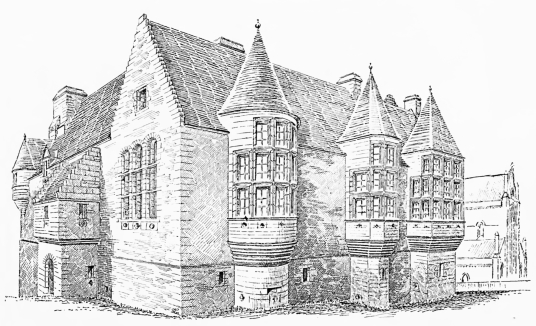 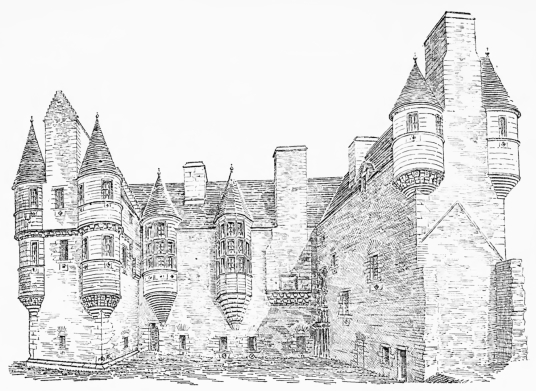 The palace was built by Patrick Stewart, Earl of Orkney, the illegitimate grandson of James V. He oppressed the Orcadians and Shetlanders, and was imprisoned in 1609. His son led a rebellion in the islands in 1614, capturing the Palace and castle, as well as Earl’s Palace at Birsay. The rising was put down by the Earl of Caithness, and Patrick and Robert Stewart were both executed in Edinburgh in 1615. The Bishops of Orkney occupied the palace until 1688.