Newliston House is a fine Adam mansion, set in landscaped grounds near Kirkliston in West Lothian in central Scotland, and held by the Dundas family, the Dalrymples of Stair, and then the Hog family. 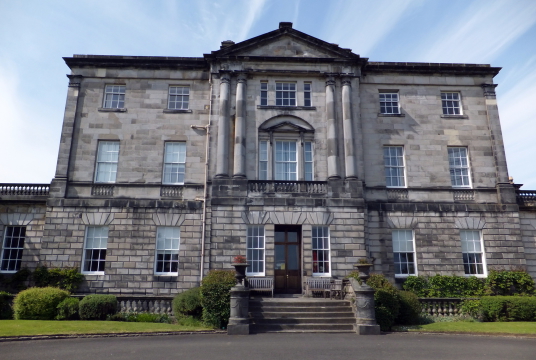 Lothians: About 1 mile south-west of Kirkliston, on minor roads west of B800, at Newliston.

OPEN: House and gardens open some days in May or Jun and by appt.
Web: HHA 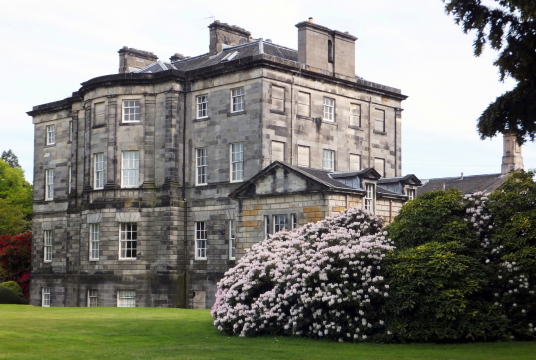 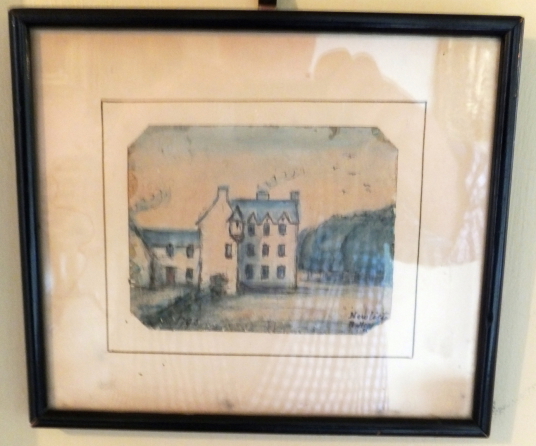 Site of tower house, which rose to three storeys and had dormer windows and a bartizan. 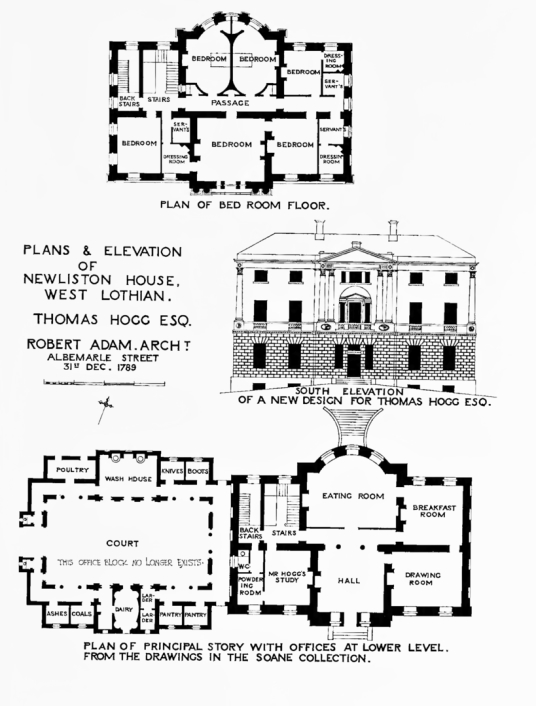 The present Newliston, a tall and imposing classical mansion set in fine grounds, was built in 1759 by the architect Robert Adam, with later wings of 1845 by David Bryce. The hall and adjoining drawing room have fine Adam decoration. 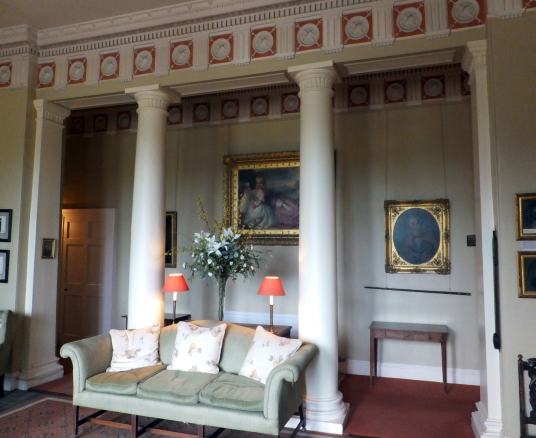 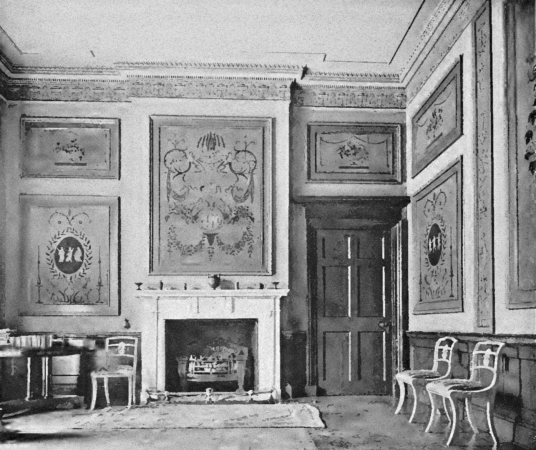 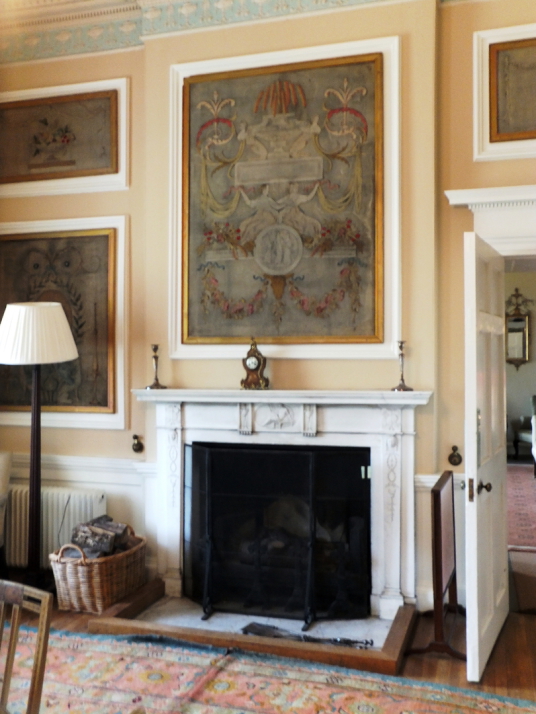 There is a walled garden, and an old doocot which has been converted into a dwelling. The stable block dates from 1723, and may have been designed by William Adam. 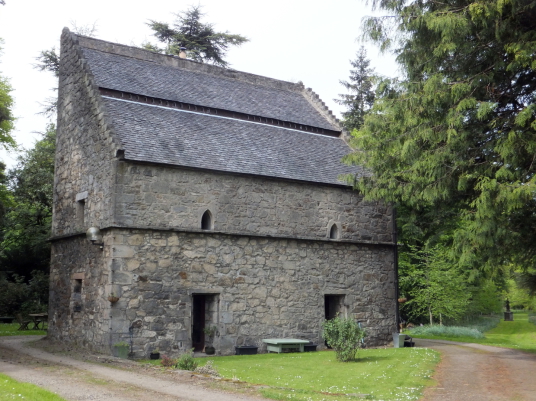 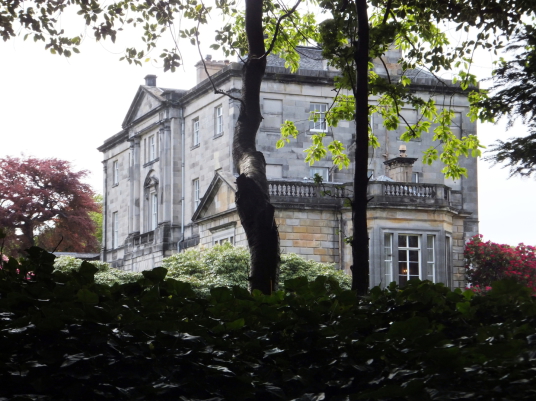 Newliston was a property of the Dundas family, one of whom was Duncan Dundas, Lord Lyon King of Arms from 1452 to 1470. Newliston passed by marriage to the Dalrymples in 1699, and was the home of Sir John Dalrymple, 2nd Earl of Stair, who died in 1747. He was a Field Marshall and British Ambassador to France. 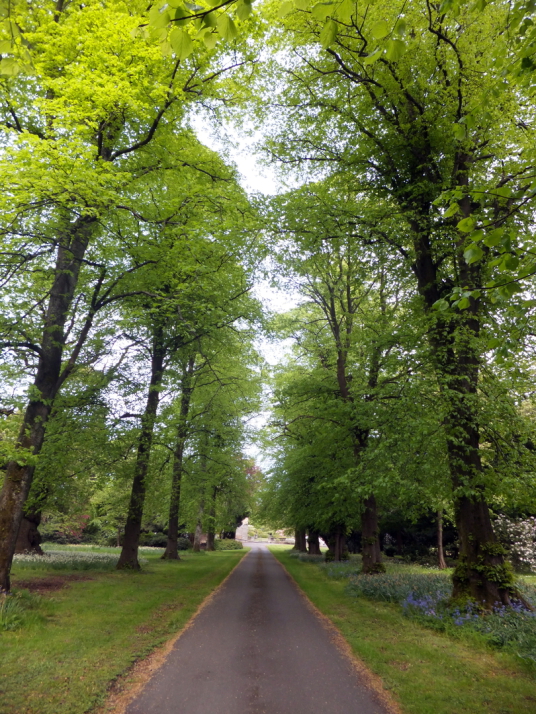 The lands were sold to the Hog family, who had the present mansion built, and their descendants still own the property. 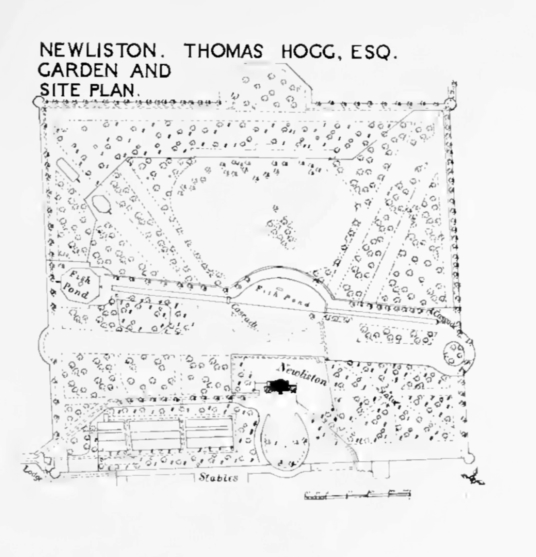 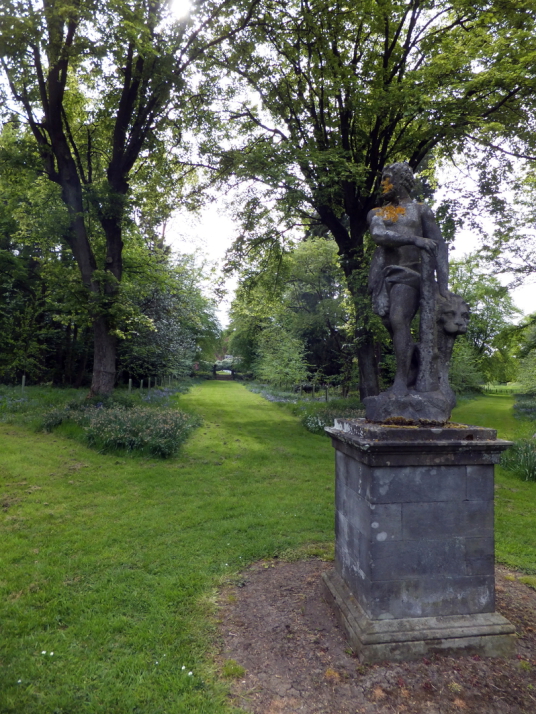 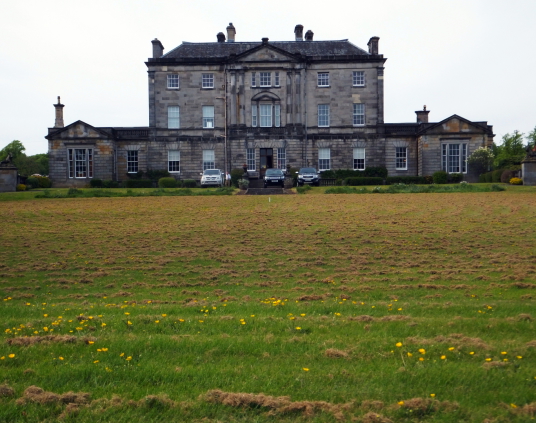 The gardens and landscaped park feature a walled garden, pond, avenue, rhododendrons, azaleas and water features, as well as a garden in the shape of a Union Flag with a statue of Hercules.