Borders: About 6 miles north-west of Peebles, on minor road west of B7059 about 0.25 miles north of junction with A72, west of the Lyne Water. 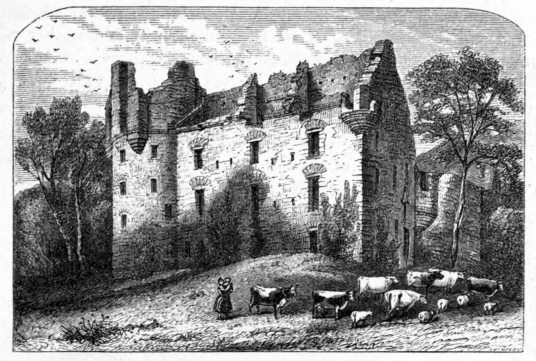 Drochil Castle is a large ruined 16th-century Z-plan tower house of four storeys and a garret. It consists of an almost square double-gabled central block with two projecting towers, corbelled out to square above first-floor level, at opposite corners. 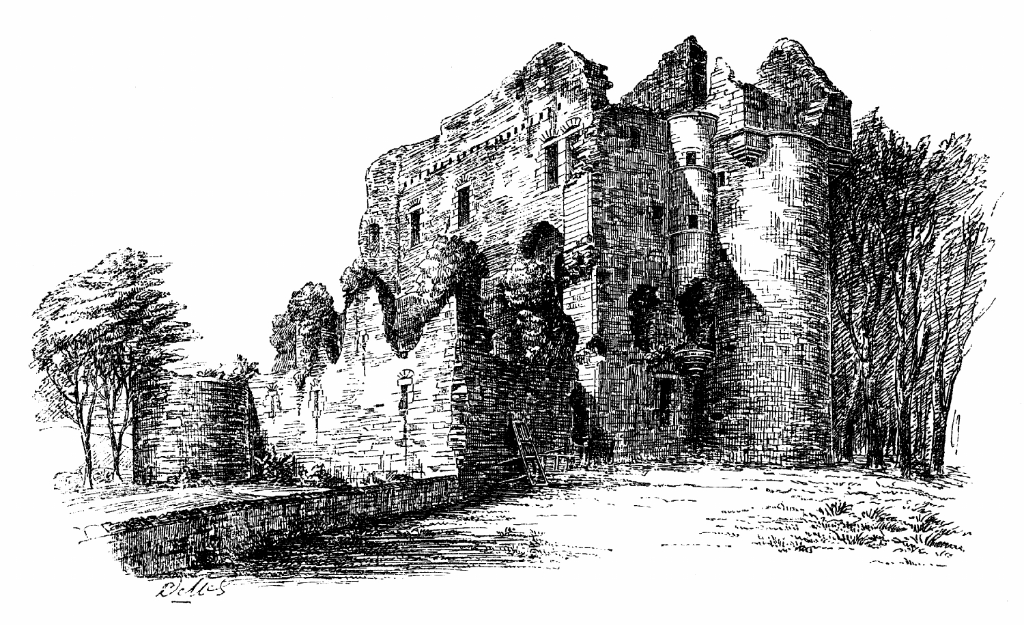 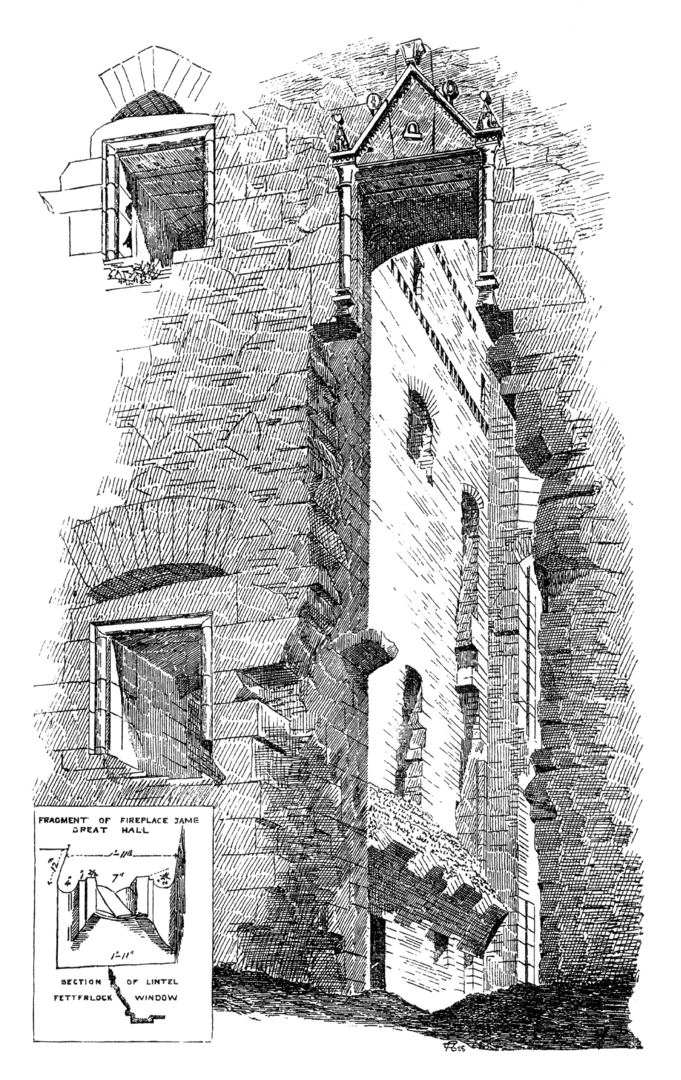 The basement is barrel-vaulted, and contained the kitchen and cellars. Passages ran the length of the building on each floor, from which individual chambers were reached – rather than each chamber opening into the next. A turnpike stair rose at one end of the passage. The hall was on the first floor with an adjoining private chamber, while many rooms occupied the floors above. 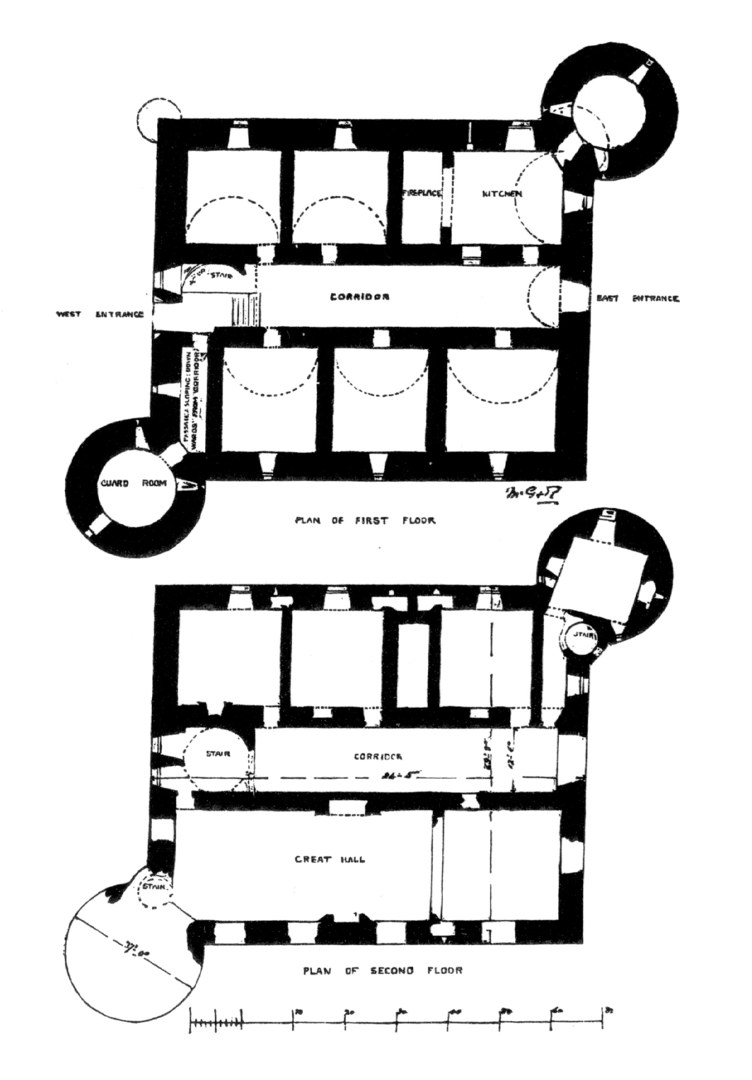 Drochil Castle is prominently marked on Blaeu’s map of Tweeddale as ‘Drocchill’.
The castle was built in the 1570s by James Douglas, Earl of Morton, who also owned Aberdour Castle in Fife. Morton was made Chancellor of Scotland in 1563, but was dismissed for his part in the murder of Rizzio, Mary’s secretary. He was Regent from 1572-8, but in 1581 was tried and executed by the Maiden – the Scottish guillotine – for his alleged part in the murder of Darnley, Mary’s husband. Drochil was abandoned about 1630, and the property was sold to the Douglas Duke of Queensberry in 1686. 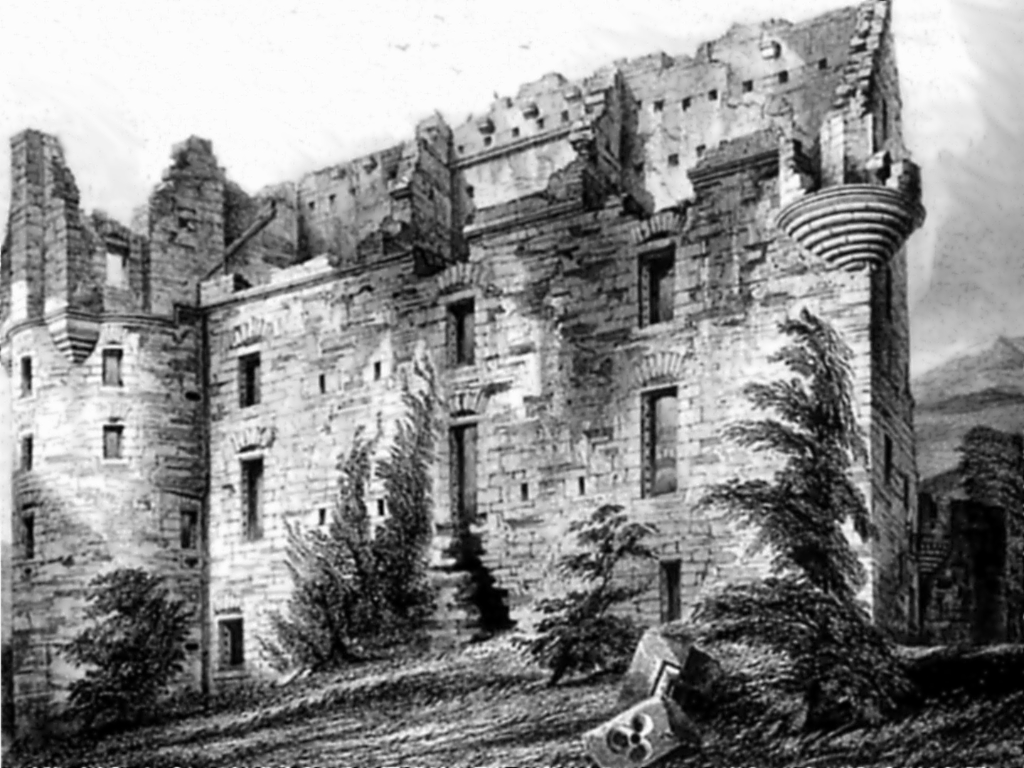 Drochil remains an impressive ruin, although screened by trees.