Lothians: About 2 miles south and west of Tranent, south of Elphinstone, on minor road south of B6414, at Elphinstone Tower or Castle. 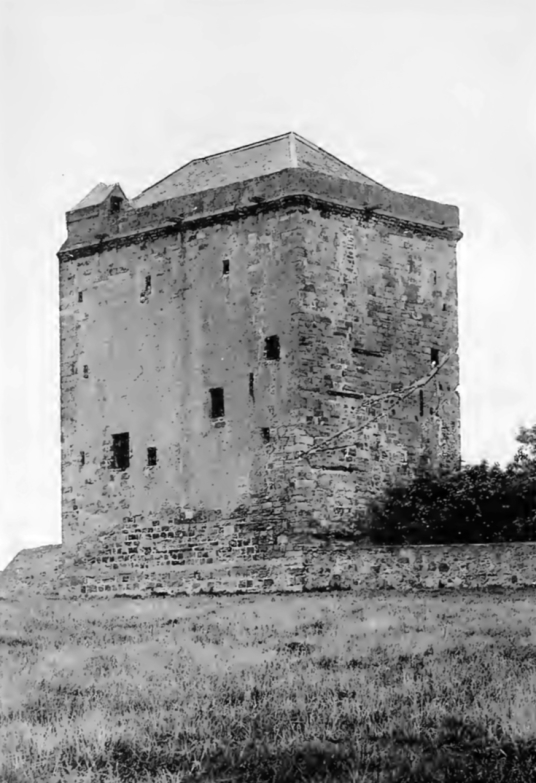 Elphinstone Tower (or Castle) was externally a simple 14th-century tower of three storeys. The tower had a stone-flagged and corbelled-out parapet with prominent gargoyles and a caphouse at one corner and open rounds at the others. There was an adjoining mansion, but this and the tower have been demolished.
The basement was vaulted. The hall and original kitchen, screened by a partition, were on the first floor, and this storey was also vaulted. The upper floors contained private chambers. Many small rooms and stairs were contained in the thickness of the walls, including a peephole, where the hall could be watched in secret. 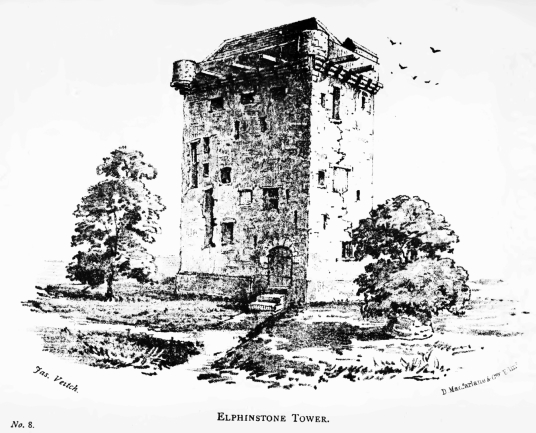 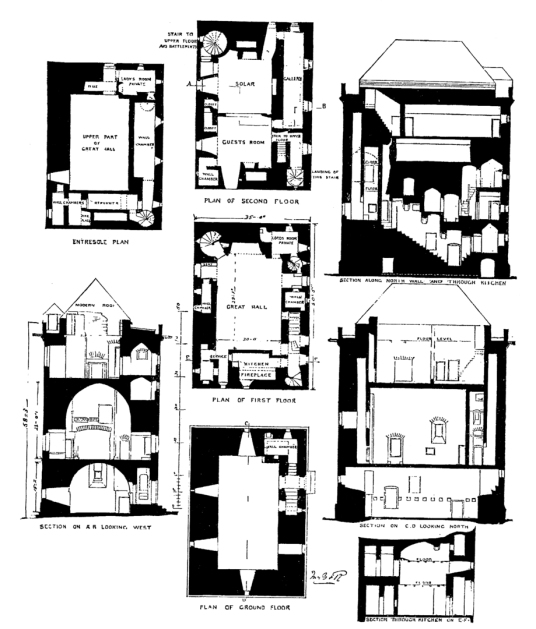 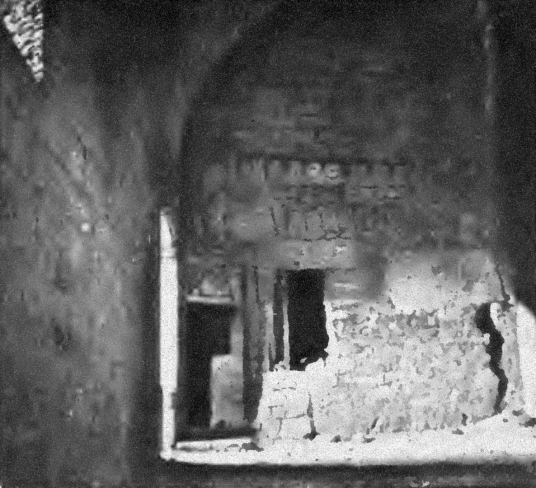 ‘Elphinstoun’ is marked on Blaeu’s map of Lothian and Linlithgow, and is shown in an enclosed and wooded park. ‘Elphinston’ is depicted on Adair’s map of East Lothian.
The property belonged to the Setons at one time, but the Elphinstones held the lands from the 13th century. Sir Alexander Elphinstone was killed in 1435 in a raid on Piperden in Northumberland, and the property passed through his heiress by marriage to the Johnstones soon afterwards. 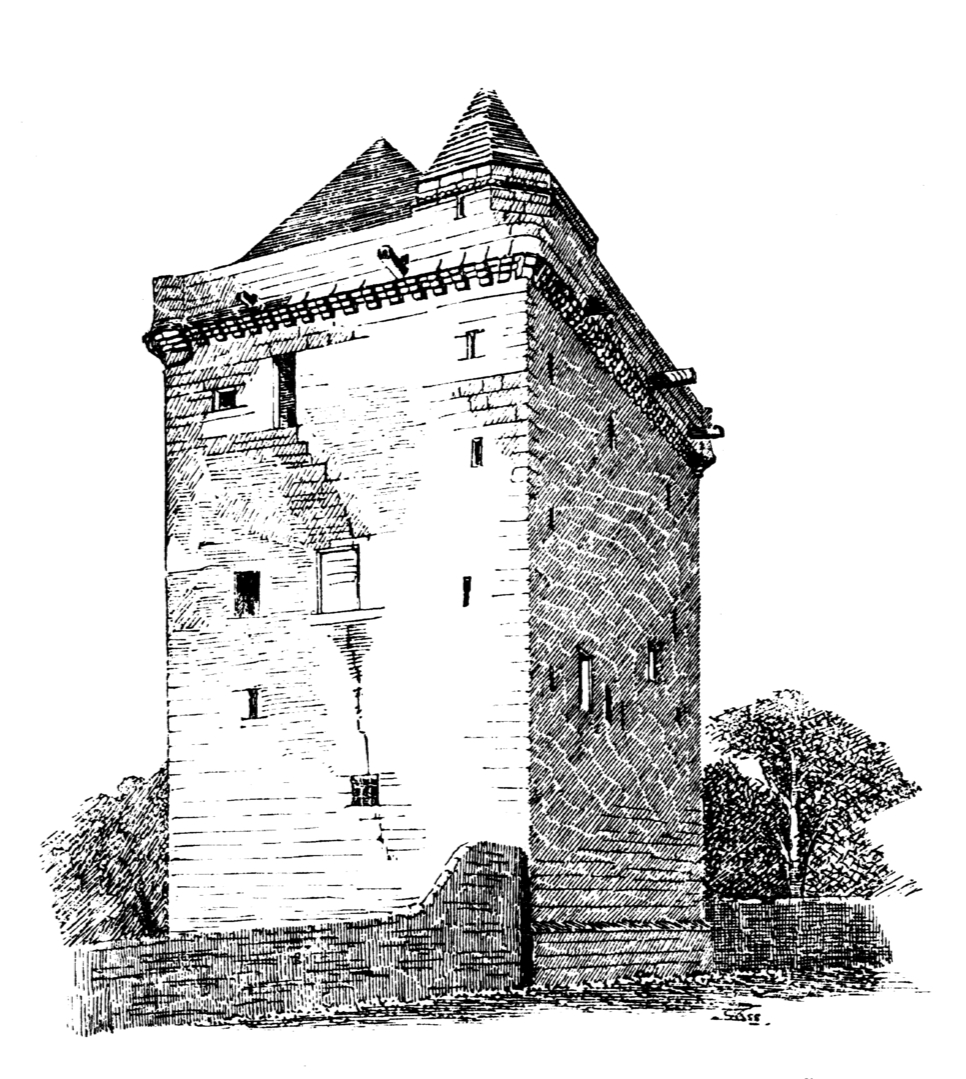 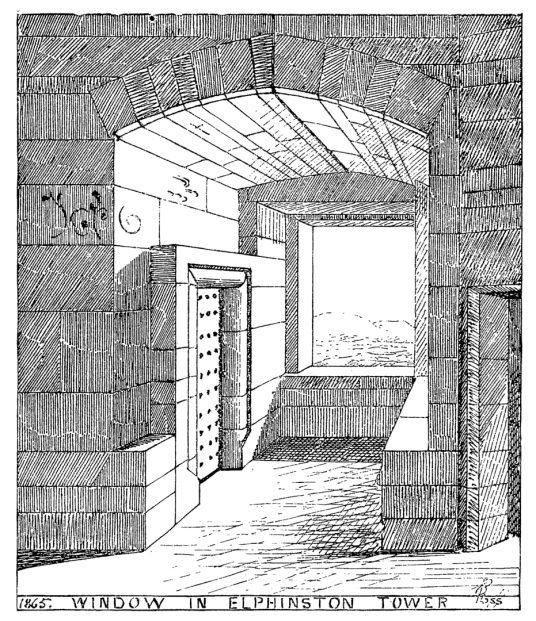 An adjoining mansion of 1600 was demolished in 1865, as was much of the tower in 1955 due to subsidence from coal workings. More has been lost since, and now only a few feet of walls remain.
One story is that there was an underground passage linking the tower to Falside Castle.