Carrick Castle, an impressive old tower house in a pretty spot on the banks of Loch Goil, long held by the Campbells and near the village of Lochgoilhead in Argyll in western Scotland. 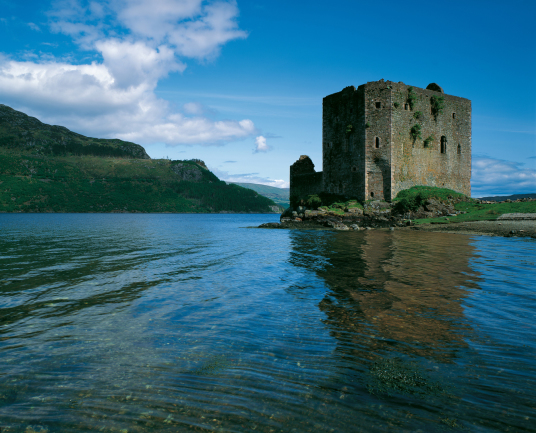 Carrick Castle (Many thanks and © Tom Wolf; www.tom-wolf.com) 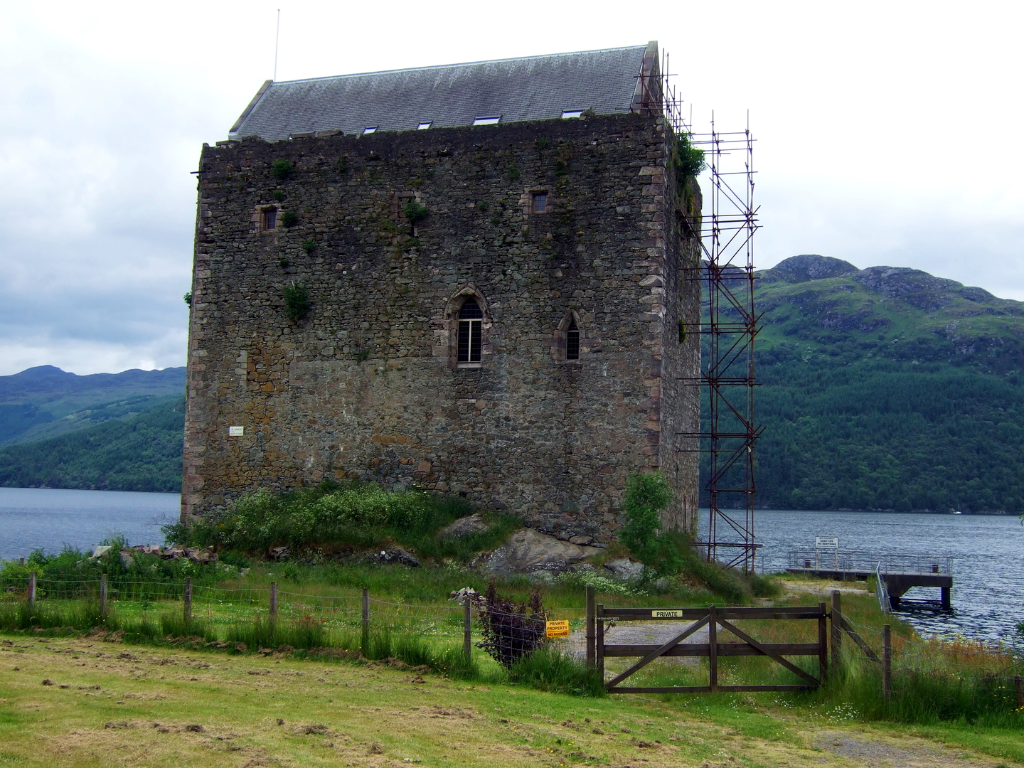 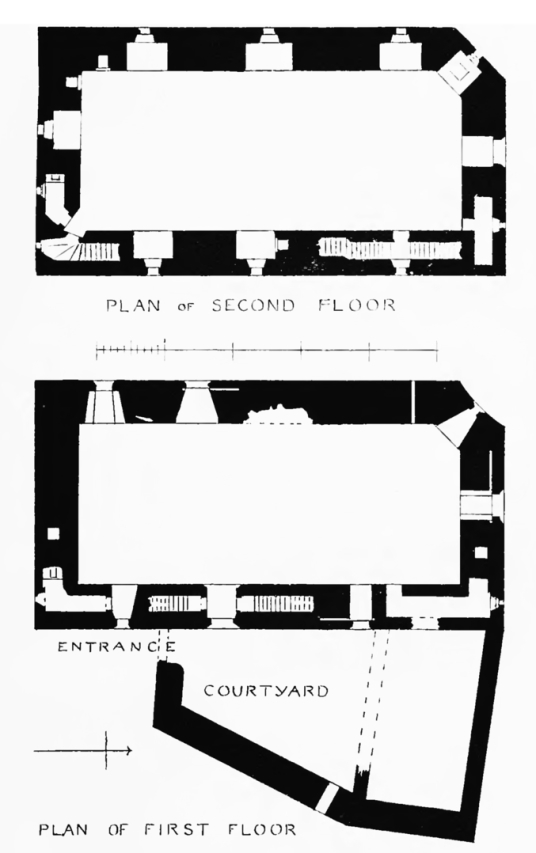 Standing on a rock jutting into Loch Goil, Carrick Castle is a 14th- or 15th-century tower, although there may have been a stronghold here from the 13th century or earlier. The castle rises to three storeys and a garret within a flush parapet. The windows are arched, and a small courtyard occupied a higher part of the rock, but little remains of ranges of buildings within the walls. There was formerly a ditch and drawbridge on the landward side. 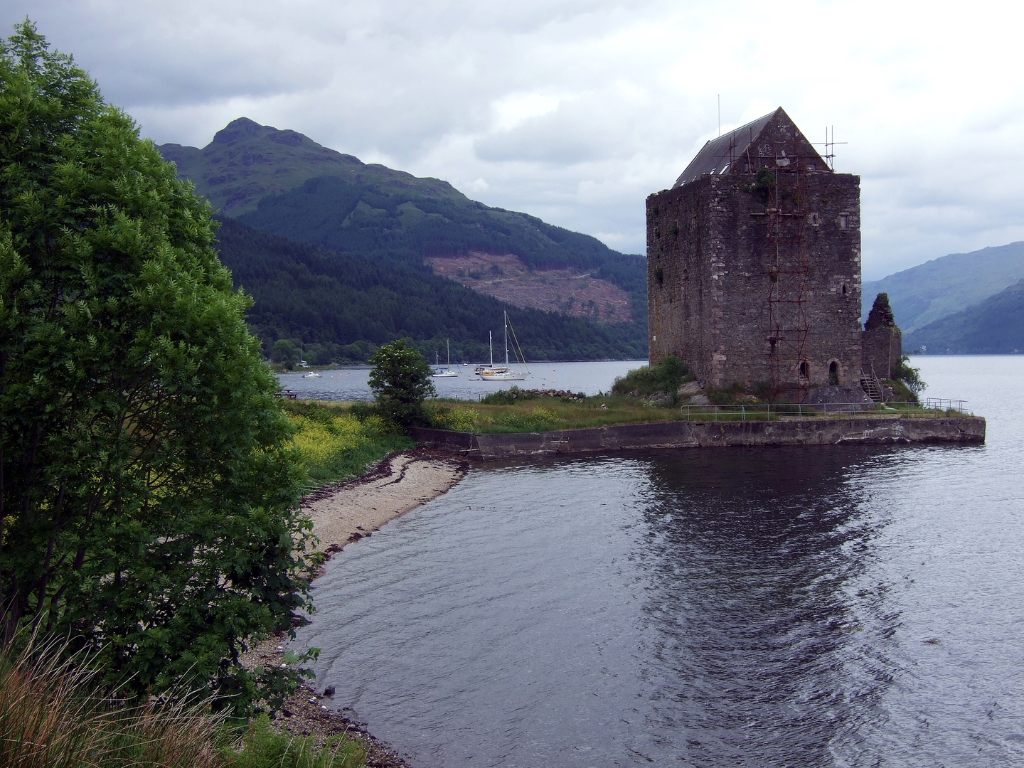 There are two entrances, both from the courtyard, one in the basement, one above to the first floor, the two floors having had no connecting stair. The basement is not vaulted and the hall, on the first floor, was once a fine apartment, and had windows with stone seats. Two straight stairs lead off on either side of the entrance, one climbing only to the second storey, the other to the parapet. During excavations, a large pit prison was unearthed, cut into the rock. 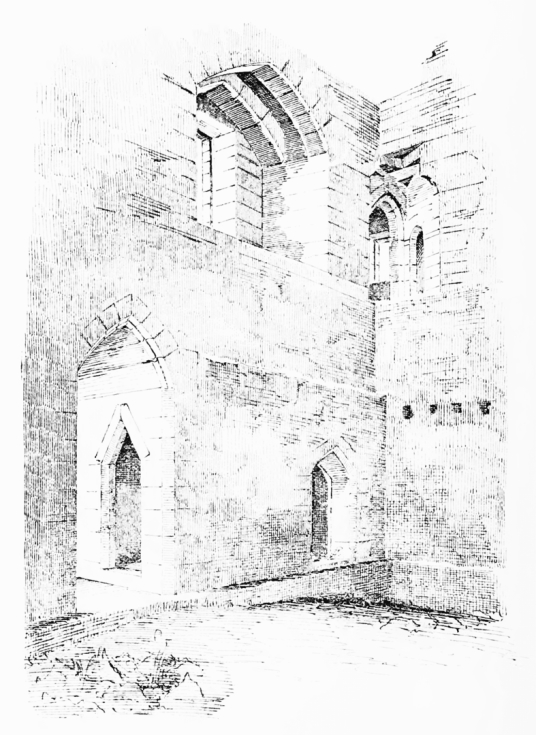 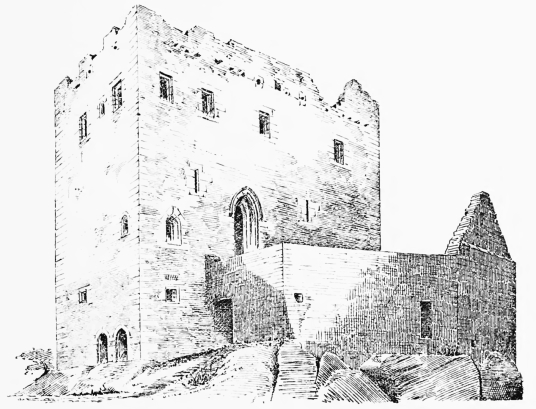 ‘Cast. Carrik’ is marked on Pont’s map of Gare Loch and Loch Long, and is depicted as a tower and courtyard. 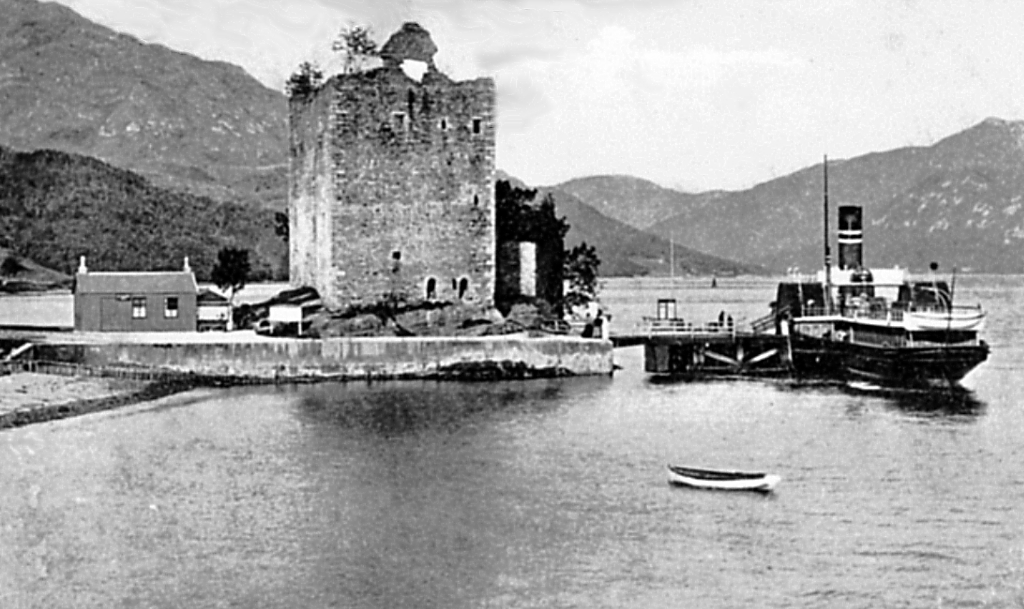 An earlier castle here may have been a hunting seat of the kings of Scots. It was originally a Lamont stronghold, and Robert the Bruce recovered the castle from the English in 1307but passed in 1368 to the Campbell Earls of Argyll. Mary, Queen of Scots stayed here in 1563. 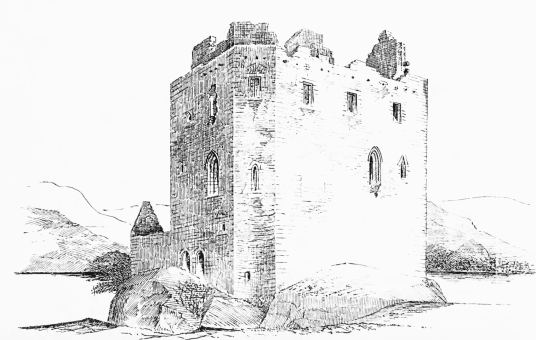 In 1685 the lands were pillaged, and the castle burned during Argyll’s rebellion, after the tower was bombarded by a government frigate. Sir John Campbell of Carrick is on record in 1704 and he, or another John, signed an oath of loyalty to George I in 1715. The property later passed to the Murray Earls of Dunmore. 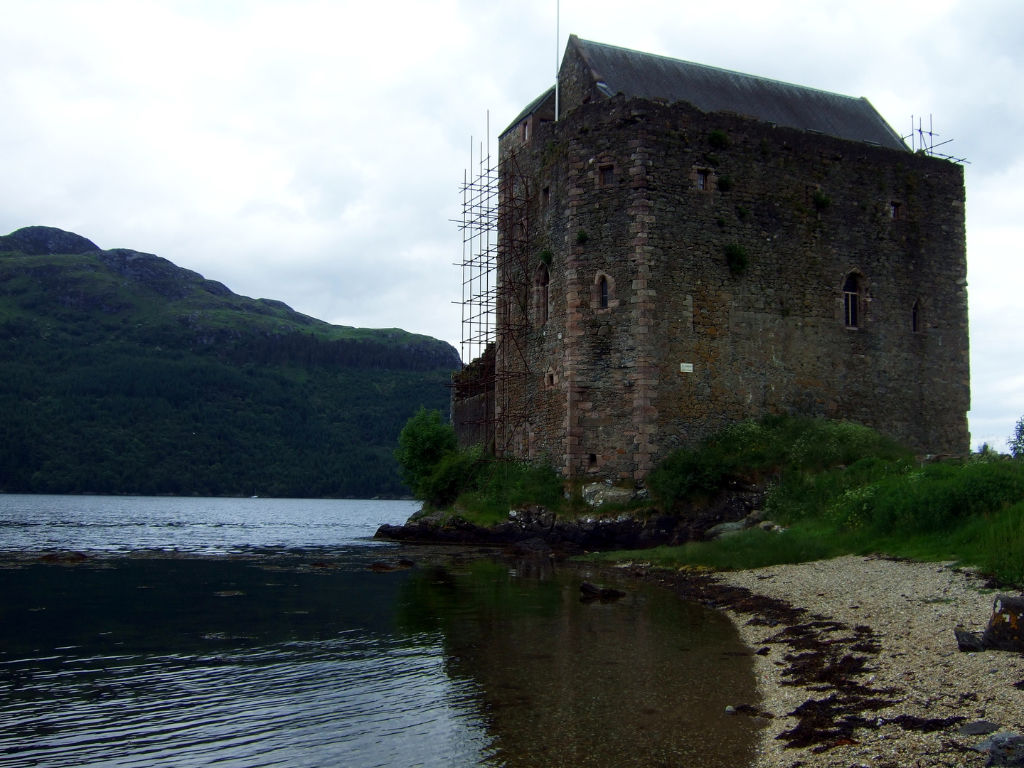 The castle has been (at least partly) restored as a dwelling, during which a pit-prison was discovered.