Ayrshire: About 3 miles north-east of Maybole, on minor road north of B742, on south bank of River Doon, 1.5 miles south-west of Dalrymple, at Cassillis House. 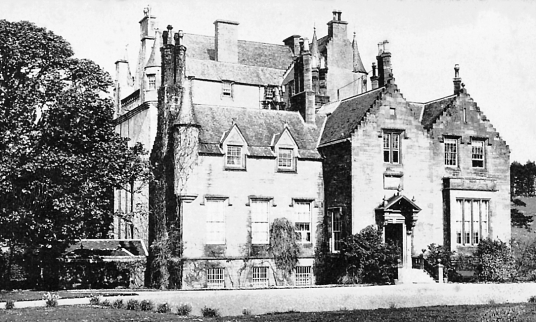 Cassillis House consists of a strong rectangular tower, built in the 14th century but much altered, to which a square tower was added in the 17th century, and large baronial extensions in 1830. The castle, which has 112 rooms, is set in a 285-acre estate, and the tower is harled and washed in yellow.
The basement is vaulted, with a prison built into the very thick walls, which are up to 16 foot thick. A 17th-century turnpike stair also survives, but few other old features remain.
‘Cassils’ is very prominently marked on Blaeu’s map of Carrick, shown as a large tower and outbuildings or courtyard in a large enclosed and wooded park. 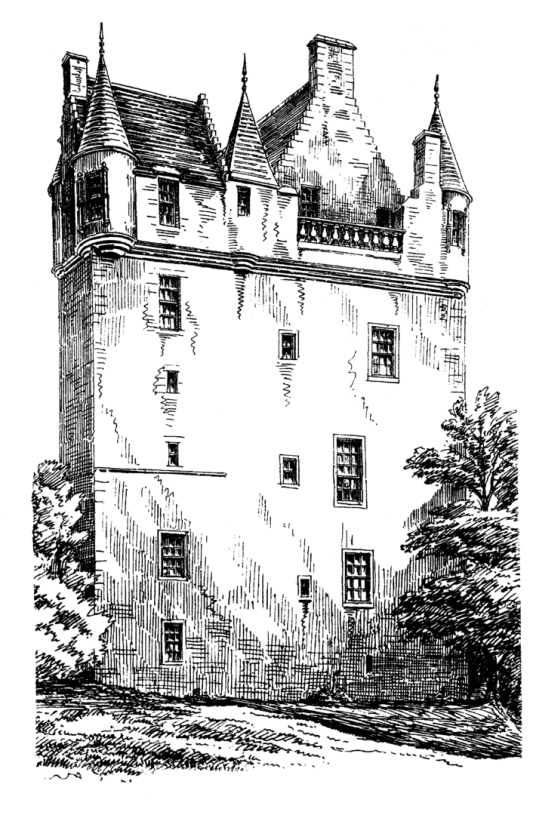 The property passed by marriage from the Montgomerys to the Kennedys in 1373 who had been Stewards of Carrick from 1367 or earlier. David, 3rd Lord Kennedy, was made Earl of Cassillis in 1509, and was killed at the Battle of Flodden in 1513. The 2nd Earl, Gilbert, was assassinated in 1527 by Sir Hugh Campbell of Loudoun, Sheriff of Ayr. Gilbert, 3rd Earl, was captured at the Battle of Solway Moss in 1542. He was Treasurer from 1554 until his death, probably by poison, at Dieppe when a commissioner for the marriage of Mary, Queen of Scots, to the Dauphin of France. The 4th Earl, another Gilbert, fought for Mary at the Battle of Langside in 1568. In 1570 he went on to boil the commendator of Crossraguel Abbey, Allan Stewart, in sop to persuade him to sign over the lands of the abbey, but Stewart was rescued by the Kennedys of Bargany. 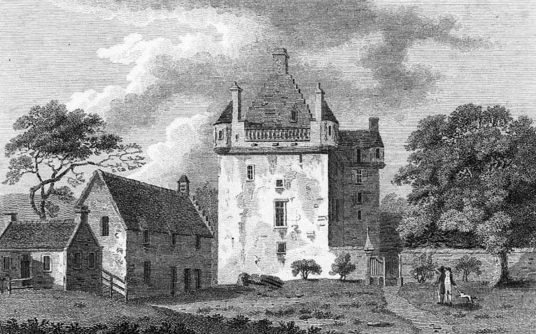 In 1601, and in a further dispute over land (see Brunston), John, 5th Earl, with 200 men, ambushed and murdered Gilbert Kennedy of Bargany, but deviously escaped punishment. Bargany’s son-in-law, John Mure of Auchendrane, took his revenge by slaying Sir Thomas Kennedy of Culzean. Mure and his son were less lucky than the Earl, and were caught, tried and executed. This inspired Sir Walter Scott's play Auchendrane, or The Ayrshire Tragedy. 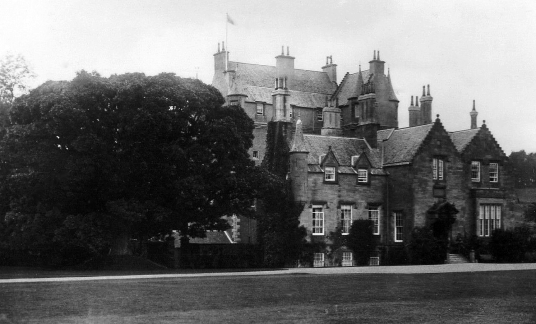 John, 6th Earl, was Justice General 1649, and supported the Presbyterian cause during the Restoration. Archibald, 12th Earl, was made 1st Marquess of Ailsa in 1831.
Culzean Castle was the family seat from the 1770s until the 1940s, when the Marquess of Ailsa and Earl of Cassillis returned to Cassillis, and the family still lived here until recently. In 2009 the property was sold to Kate Armstrong, who began the website confused.com, and the building was restored. The castle featured in an episode of the BBC TV series Restoration Homes. The house and estate of some 310 acres was on the market in 2016 for £3.9 million, apparently much less than the property cost to buy and then renovate.
One story is that the house is haunted by the ghost of Lady Jean Hamilton, wife of John, 6th Earl of Cassillis, sometimes described as a ‘Green Lady’. It is said that her apparition has been seen at a window. The tale behind the haunting (which does not appear to have any historical basis whatsoever and has also been set at Maybole Castle) is that Lady Jean was in love with Johnie Faa, the gypsy laddie of the old ballad. They ran off together, but the Earl was having none of it, pursued and caught them, and hanged Johnie from a tree, making his wife watch. From letters of the time, however, the couple were on good terms.