Lothians: About 1 mile south of Dalkeith, on minor roads just east of B703, just west of River South Esk, east of Eskbank, at Newbattle Abbey.

Many thanks and © colour photos by Simon Cavanagh 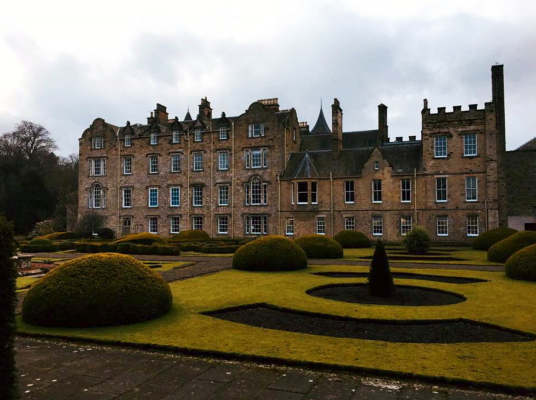 Newbattle Abbey (thanks and © Simon Cavanagh 2021)

One range of Newbattle Abbey was remodelled into a fortified house, and incorporates a fine 14th-century vaulted undercroft. The house was altered and extended in 1650, again in the late 18th century, and the 19th century. Fine plasterwork and wood carving survives, as well as a 16th-century font, and there are two 17th-century sundials in the garden. 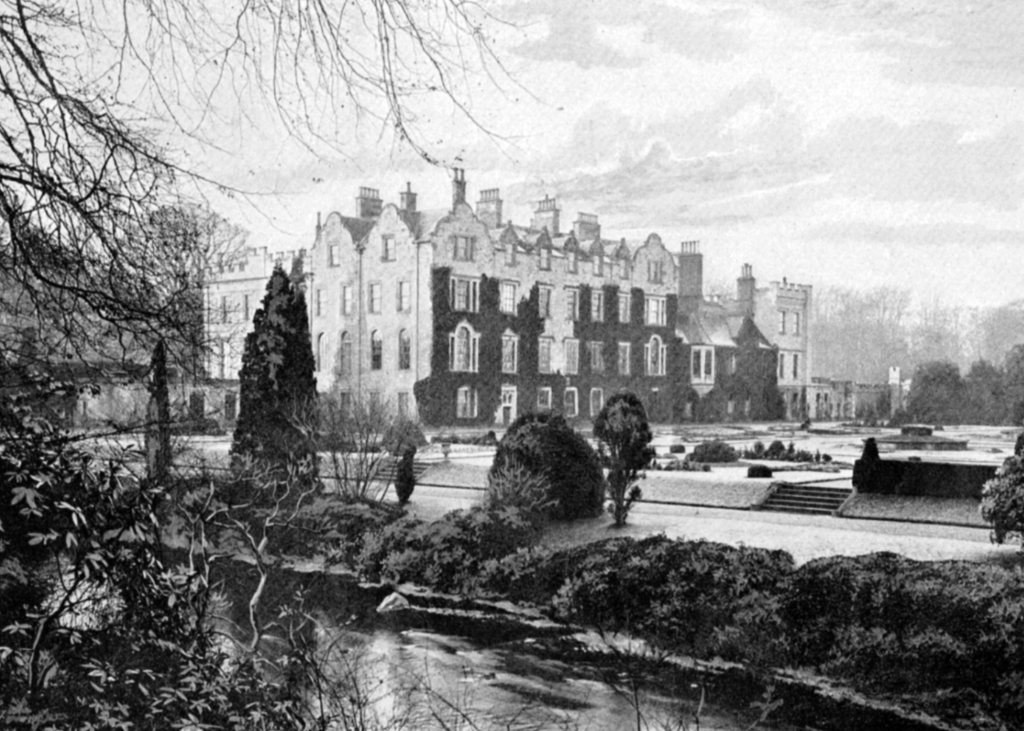 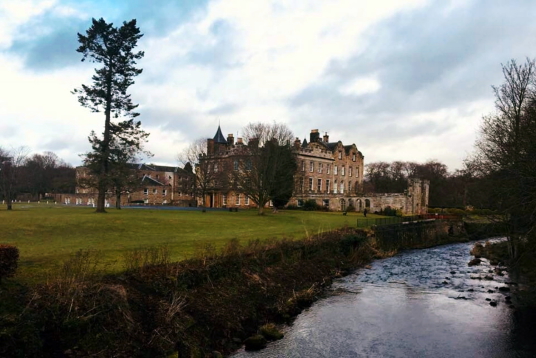 Newbattle Abbey (thanks and © Simon Cavanagh 2021)

Newbattle Abbey was founded in 1140 by David I, as a Cistercian house dedicated to the Blessed Virgin Mary, and became a very rich establishment. It was visited by Alexander II, and Marie de Coucy, his wife, was buried here. It was burned by the English in 1385, 1544 and 1548. 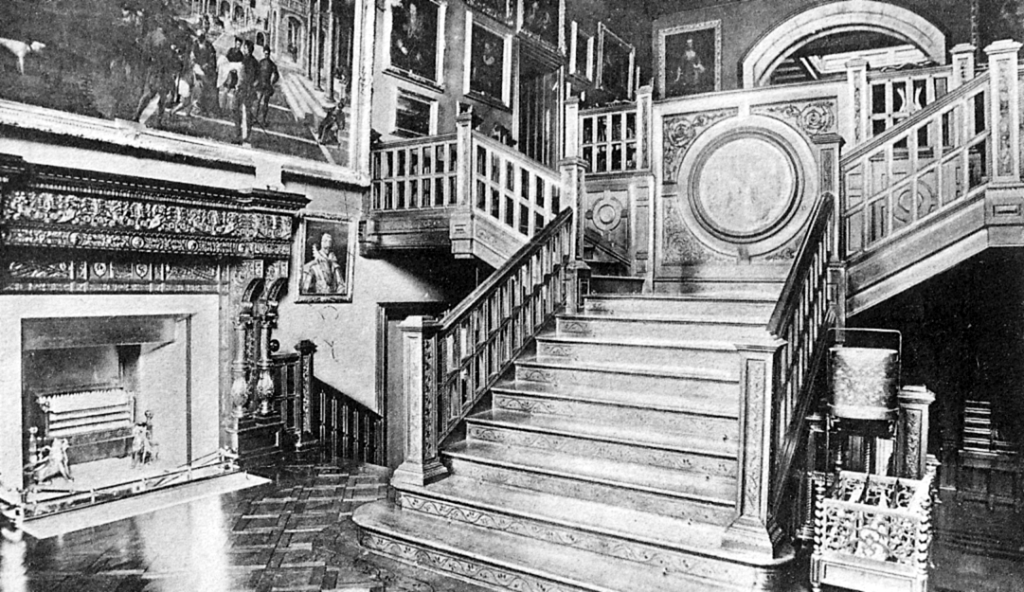 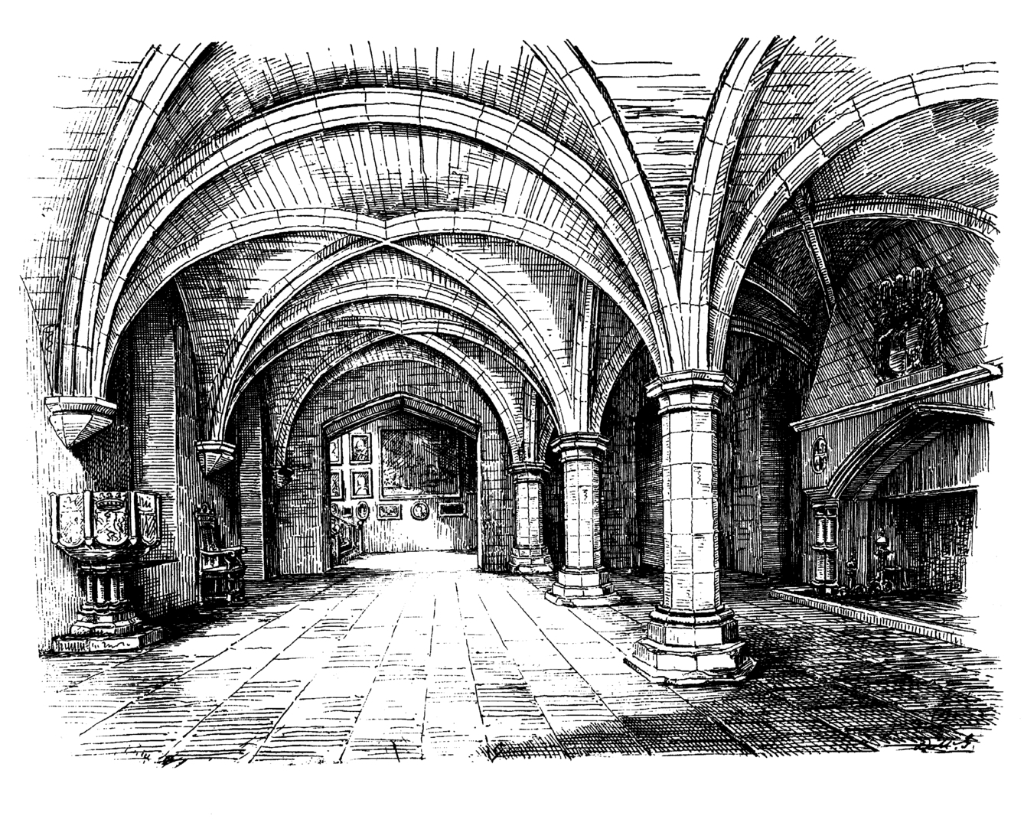 ‘Newbatel’ is prominently marked on Blaeu’s map of The Lothians, then on Adair’s map of Midlothian, where it is depicted in a large enclosed and wooded park. A village is also shown. 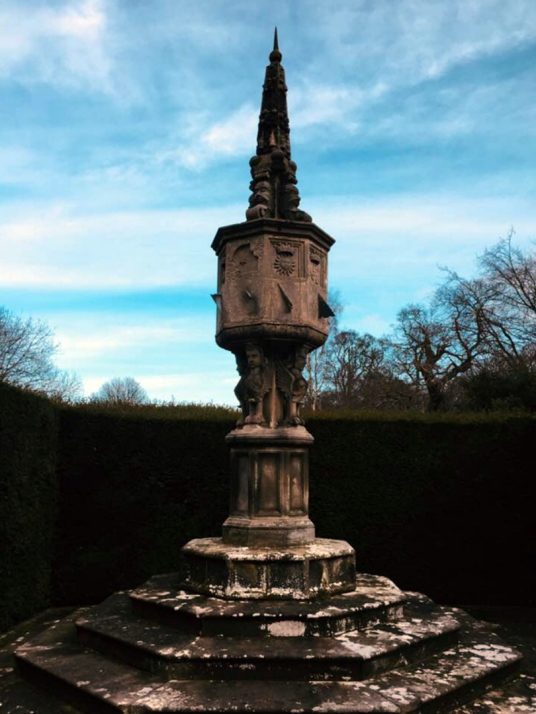 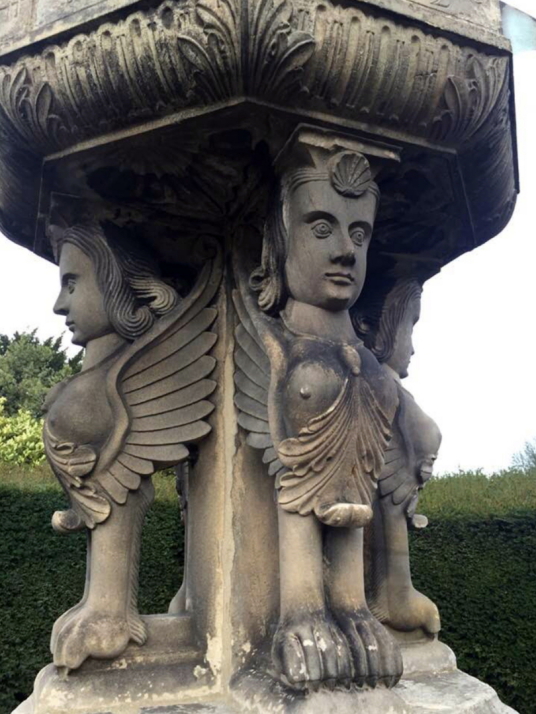 The Kerrs of Ferniehirst acquired the abbey and its wide lands after the Reformation, having been commendators, and Mark Kerr was made Lord Newbattle in 1591, then Earl of Lothian in 1606. The Kerrs demolished most of the abbey, and greatly altered the little that was left – the vaulted undercroft of the dormitory and reredorter survives, as well as the warming house. They built a 16th-century L-plan tower house, which was incorporated into a grand Gothic mansion, rising to three storeys, which was altered and extended down the centuries. 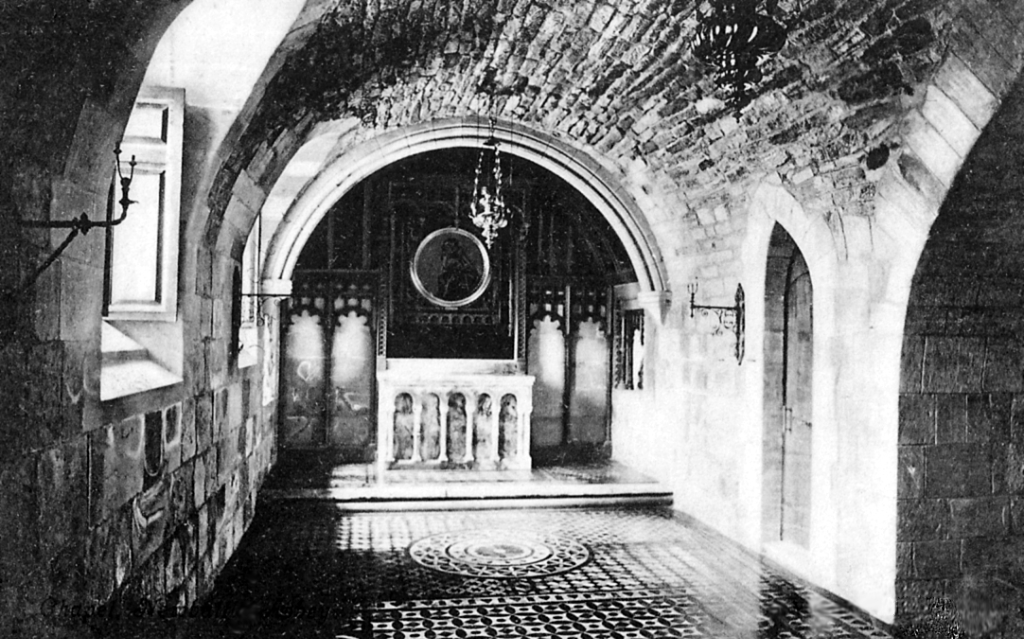 Robert Kerr, 2nd Earl of Lothian, is said to have consulted witches and magicians. He barred himself in a room at Newbattle, stabbed himself several times and then cut his own throat. He was said to have accrued great debts at the time. 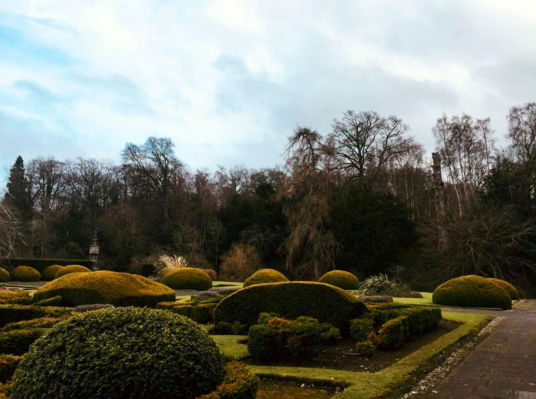 Additions were made by Robert Mylne in 1650, William Burn in 1836, and David Bryce in 1858. George IV had visited in 1822. The house was altered again in 1936 and 1968, given to the nation by Phillip Henry Kerr, 11th Marquis of Lothian, in 1937, was used by the army during World War II, and is now an adult education college. The Marquises of Lothian moved to Monteviot House and the family have a buial aisle, the Kerr Crypt, in the north transept of Jedburgh Abbey (see entry for Jedburgh Castle). 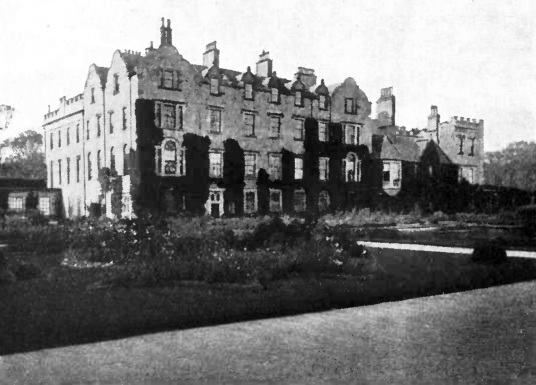 There are tales of a ‘Grey Lady’, said by some to be the spirit of a girl who was killed when she fell in love with one of the monks, as well of spectral monks haunting the grounds.