Crathes Castle is a massive and impressive old tower house of the Burnett family, set in a pleasant spot in fabulous wooded grounds with a stunning walled garden, haunted by a Green Lady ghost and located near Banchory in Aberdeenshire. 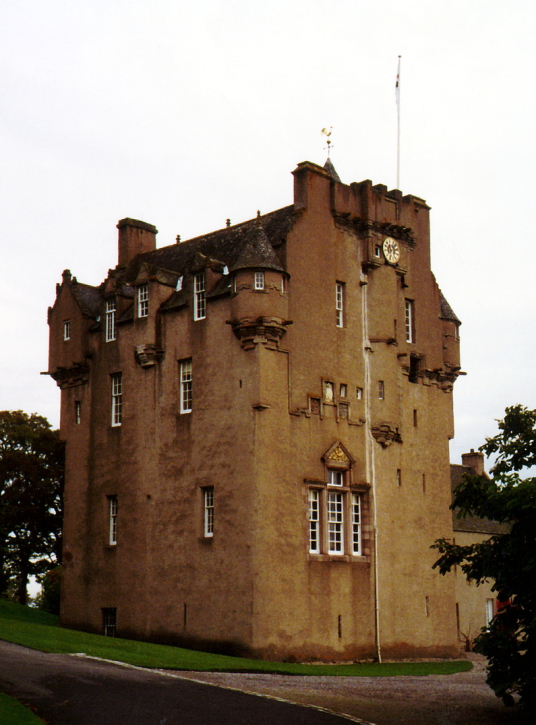 Kincardine & Deeside: About 2 miles east and north of Banchory, on minor roads north of A93, 0.5 miles north of River Dee, at Crathes Castle. 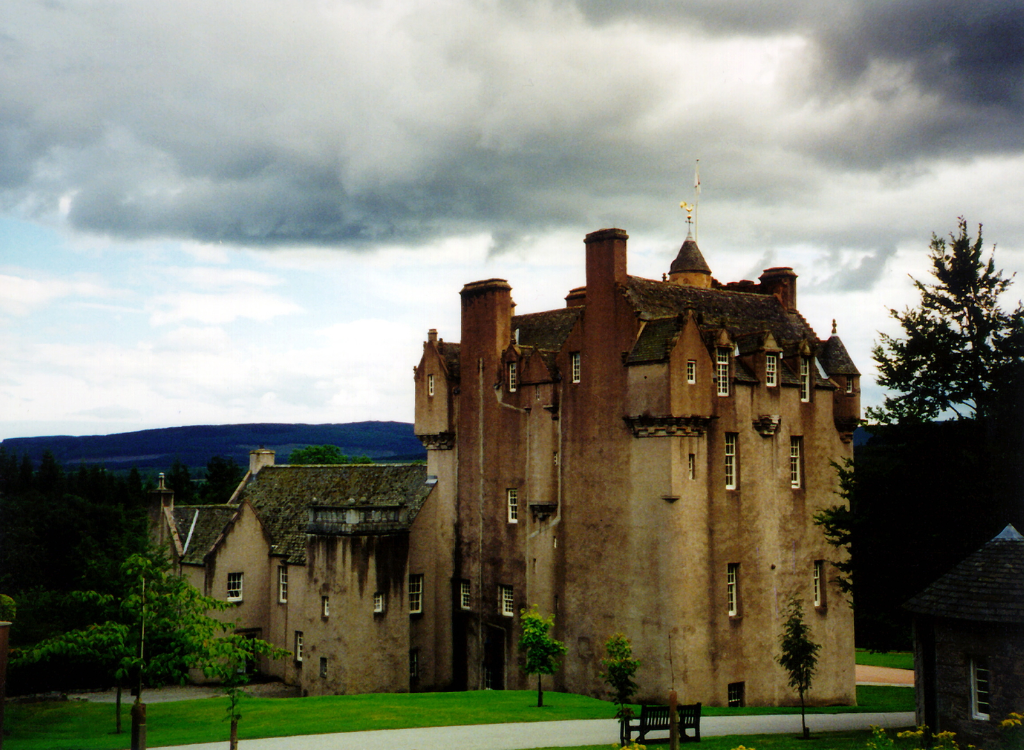 One of the finest surviving castles in Scotland, Crathes Castle is a massive 16th-century tower house of four storeys and an attic, square in plan, but with a small projecting wing, to which later work has been added. The upper storeys are adorned with much corbelling, bartizans, stair-turrets and decoration, while the lower storeys are very plain, apart from a large modern window at first-floor level. 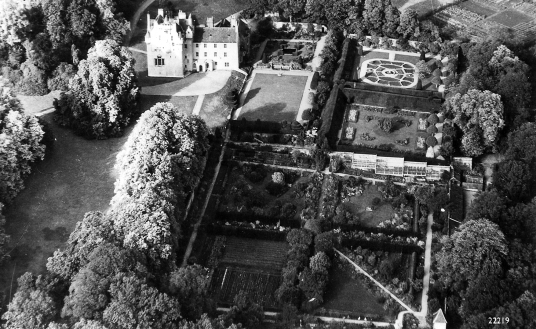 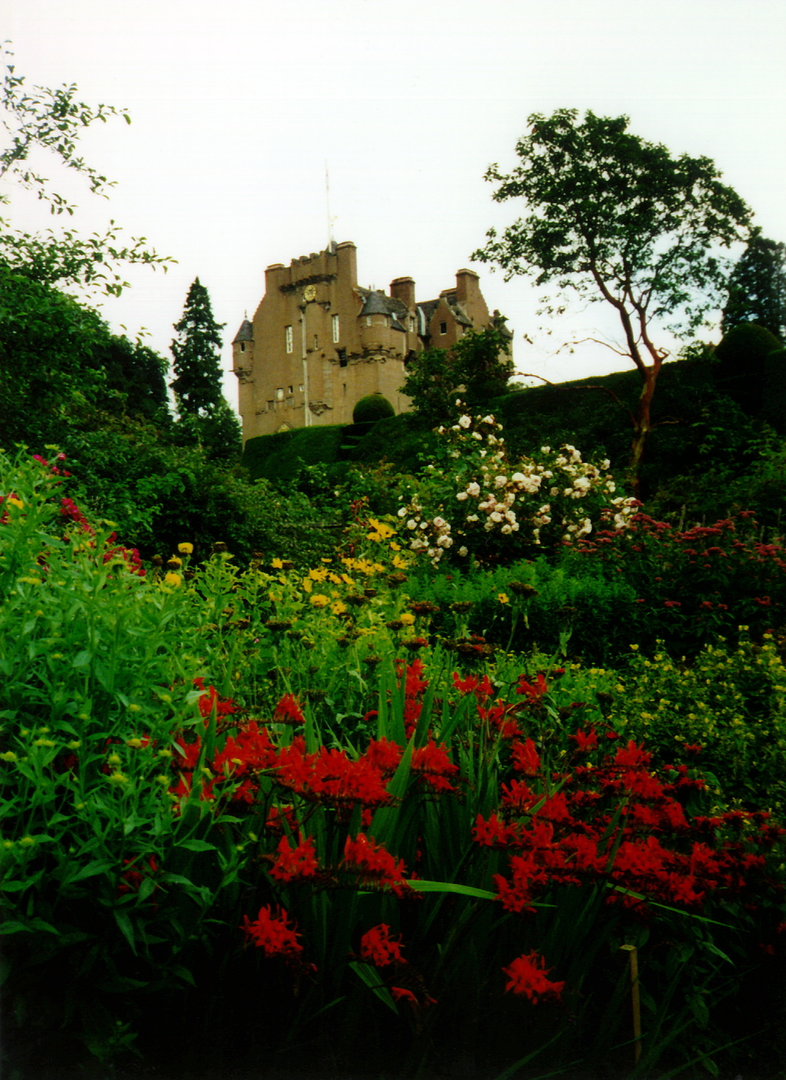 There was an 18th-century wing, but this was burnt out in 1966 and replaced by a two-storey range. There is a large and attractive walled garden with many unusual plants, and topiary and yew hedges. The 595 acres of grounds have waymarked trails. 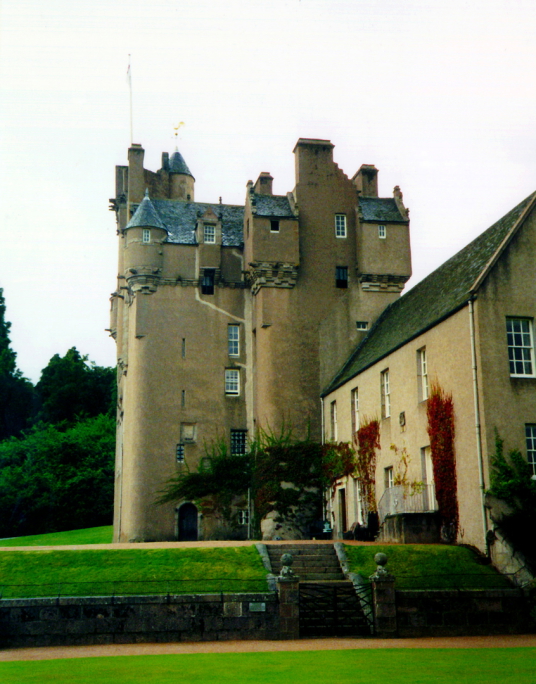 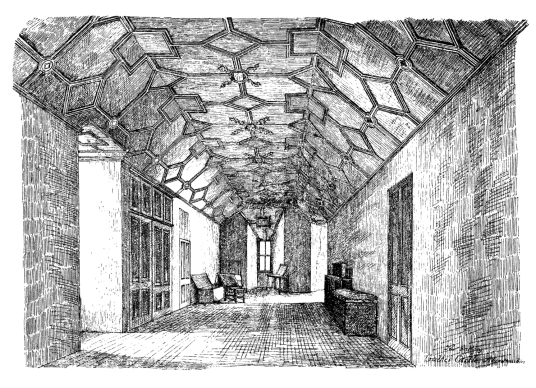 The basement is vaulted, and contained the old kitchen and cellars, the wine-cellar having a small stair to the hall above. The castle still has its iron yett. The hall is vaulted, and there is a 16th-century Italian fireplace. There are fine painted tempera ceilings in the Nine Worthies Room, the Green Lady’s Room, the Muses Room, and the High Hall, and the top floor contains a panelled long gallery. 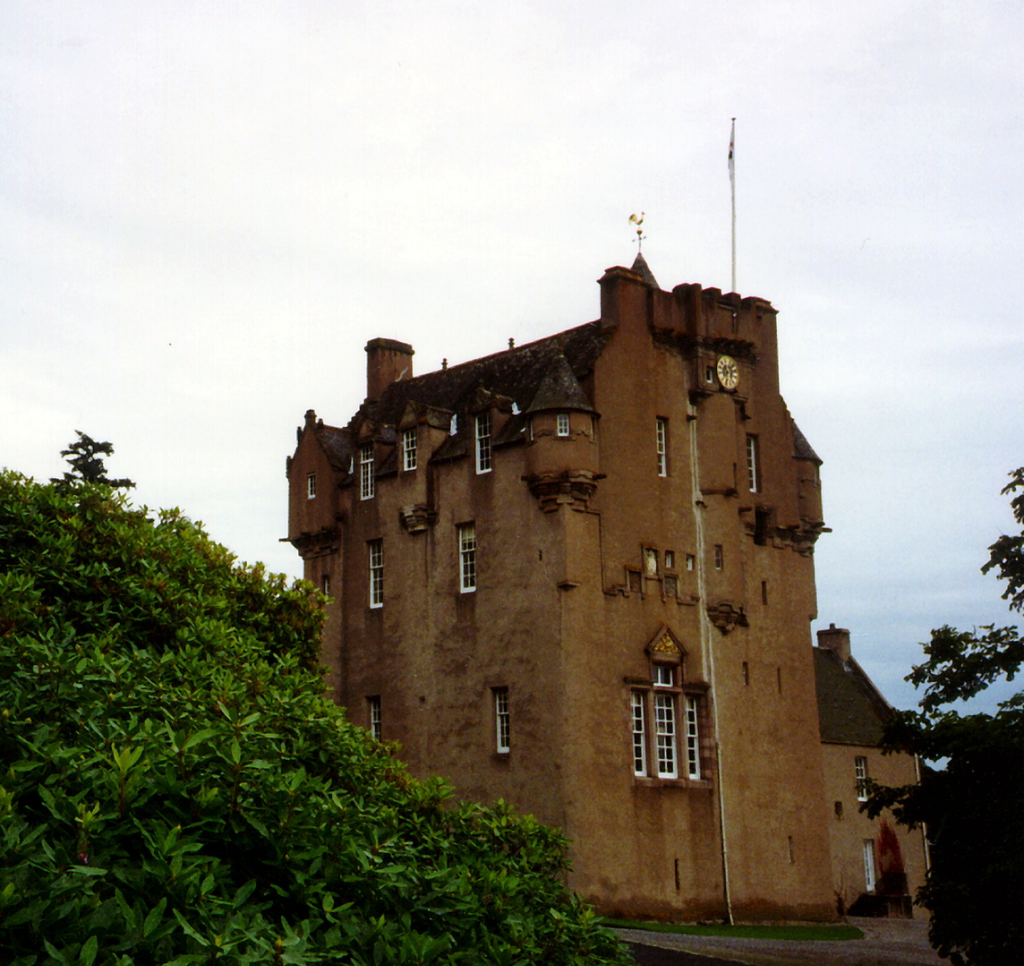 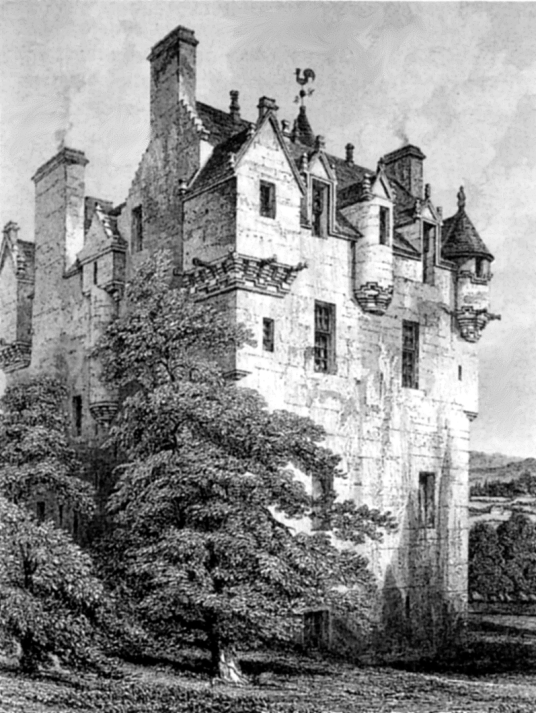 The property was owned by the Burnetts of Leys from the 14th century, their original castle being in the now drained Loch of Leys. The jewelled ivory Horn of Leys is kept at Crathes, and was given to the Burnetts in 1323 by Robert the Bruce. Around 1553, the family began to build the new castle, but it was not completed until 1596 by Sir Alexander Burnett of Leys. The estate passed to The National Trust for Scotland in 1951. 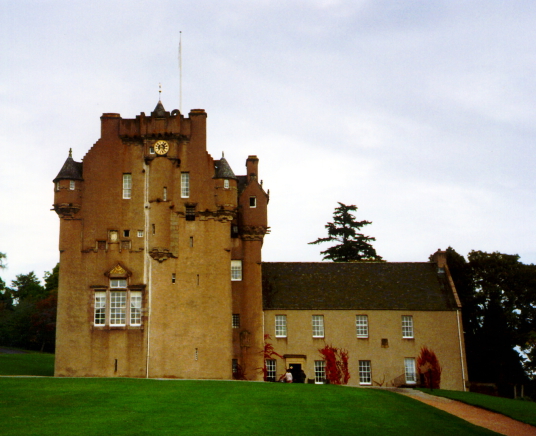 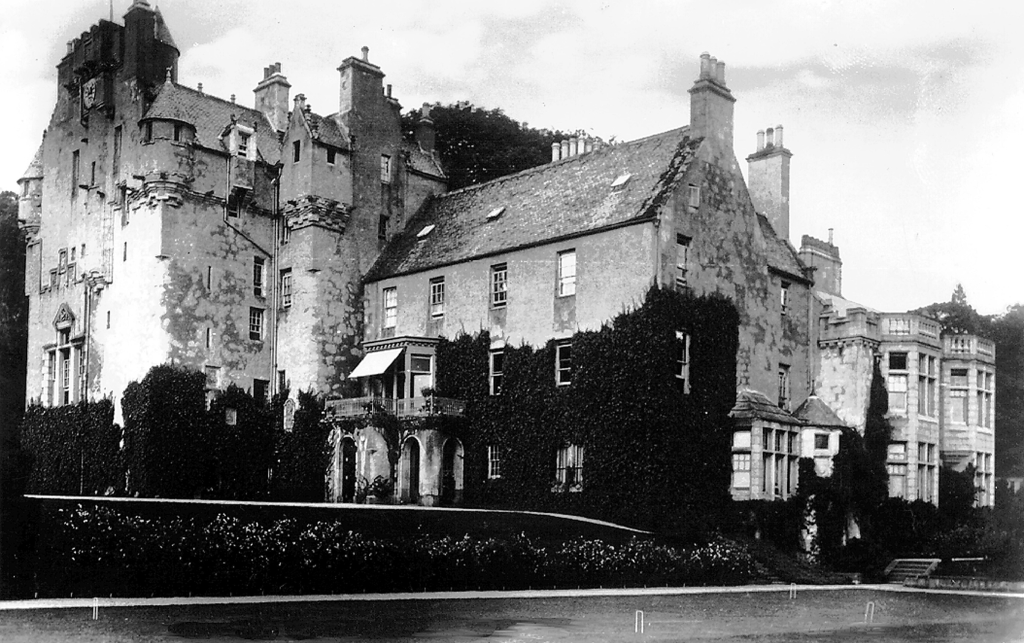 One of the chambers, the Green Lady’s room has a fine painted ceiling, but is said to be haunted. The ghost reportedly first appeared in the 18th century, and is seen crossing the chamber, with a baby in her arms, to disappear at the fire-place. A skeleton of a young woman and baby – or just the infant itself – were reportedly found by workmen under the hearthstone during renovations in the 19th century.