Lothians: About 4.5 miles east of Edinburgh, on minor road west of A6095, 1 mile west of Musselburgh, Newhailes Road, at Newhailes House. 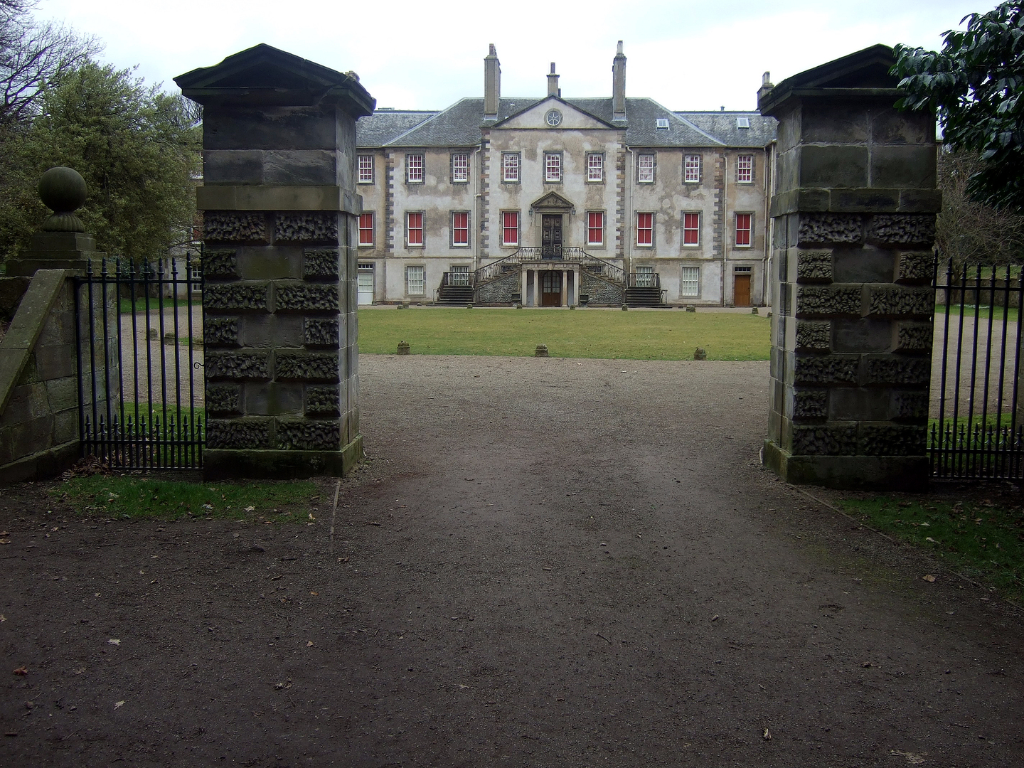 In landscaped 80 acres of parkland and woodland overlooking the Forth, Newhailes is a plain and somewhat dour although imposing symmetrical mansion. The first more modest house was built in 1686 by the architect James Smith as his own residence, but this was altered and extended in the 18th century with the addition of wings including a splendid library. There are fine rococo interiors, including the magnificent library (now without books), and there is a good collection of paintings and portraits. 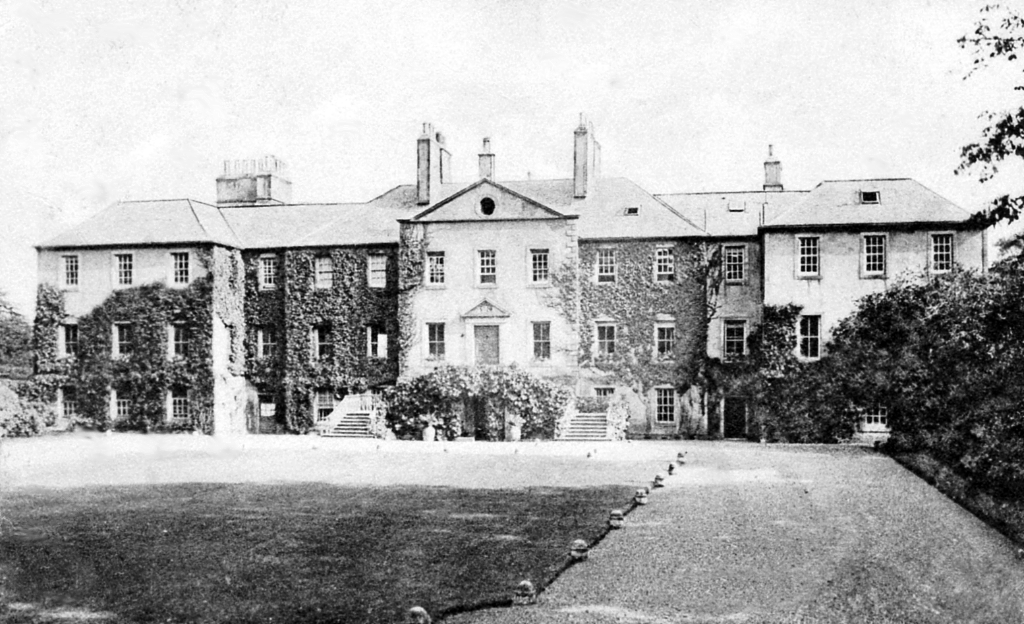 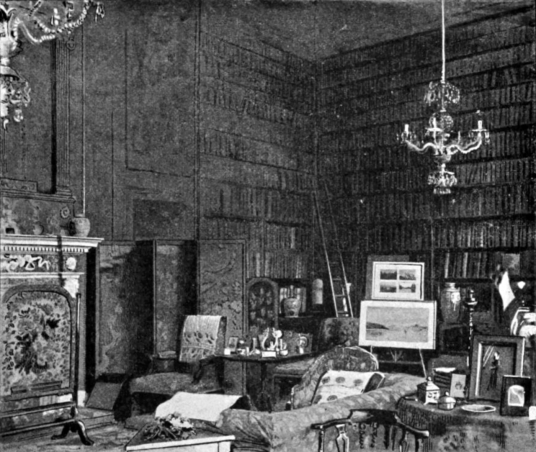 There was a castle or old house near here, known as Whitehill, although the location is not certain and does not appear to have been at the site of Newhailes House, perhaps being nearer Wanton Walls [NT 322721]. There is an old lectern-type doocot [NT 325724], probably dating from the 17th or 18th century. 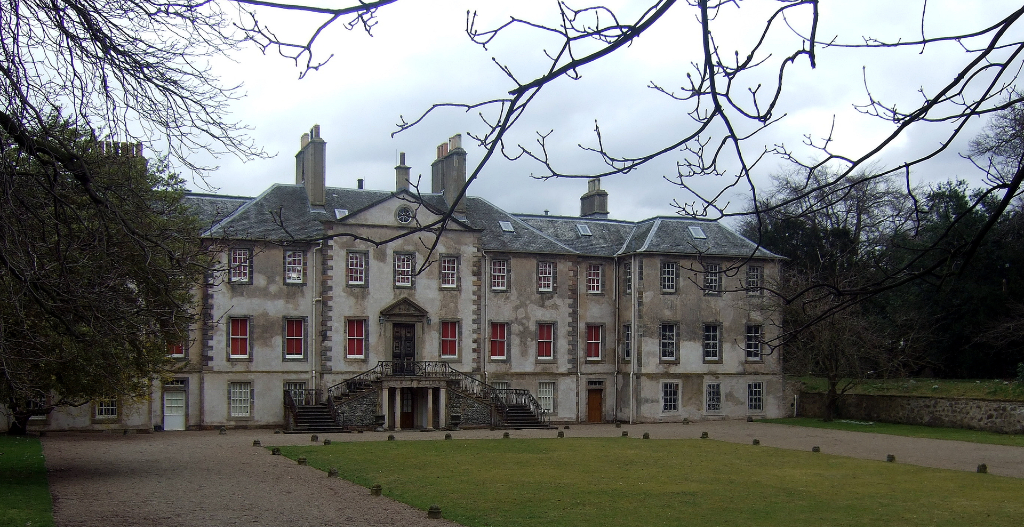 ‘Whythill’ is marked on Blaeu’s map of The Lothians, then on Adair’s map of Midlothian.
The property was formerly known as Whitehill, and was held by the Preston family from the 15th century. James Smith purchased Whitehill in 1686, was Surveyor of the Royal Works, and began the present Newhailes. Smith got into financial difficulties and sold the property to John Bellenden of Broughton, 2nd Lord Bellenden, in 1702, who renamed it Broughton. 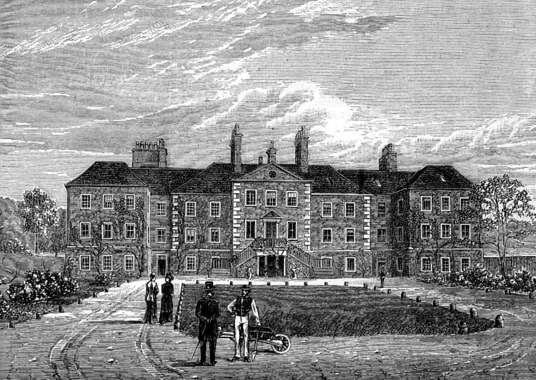 The name was changed to Newhailes when the property was purchased in 1709 by Sir David Dalrymple, fifth son of the Viscount of Stair, calling it after his East Lothian estate of Hailes (also see Hailes Castle). Sir David, Lord Hailes, had been made a baronet the previous year. He added the library wing and died in 1721, and the property went to Sir James Dalrymple, Lord Hailes, who extended the house with a matching wing, and probably laid out the grounds. Newhailed went to his son, Sir David Dalrymple, in 1751, a Scottish historian antiquary and lawyer and Lord of Justiciary, and he was one of the judges at the trial of Deacon Brodie. He died at Newhailes in 1792. 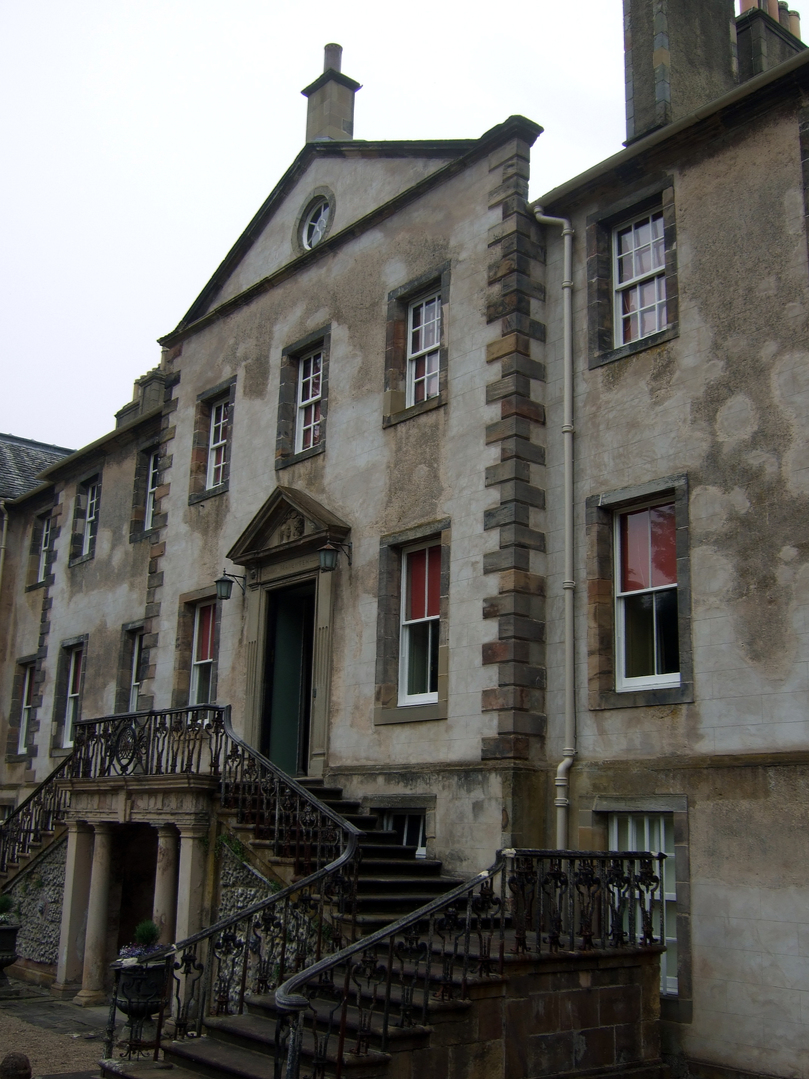 Newhailes was visited by many leading figures of the Scottish Enlightenment. The house was occupied as a private residence until 1997 and much of the atmospheric interior has been preserved as it was left. The house was then occupied by his second wife Helen Fergusson, who died in 1810, then his daughter Christian, who died without children in 1838. The title went to his nephew, but then became extinct. 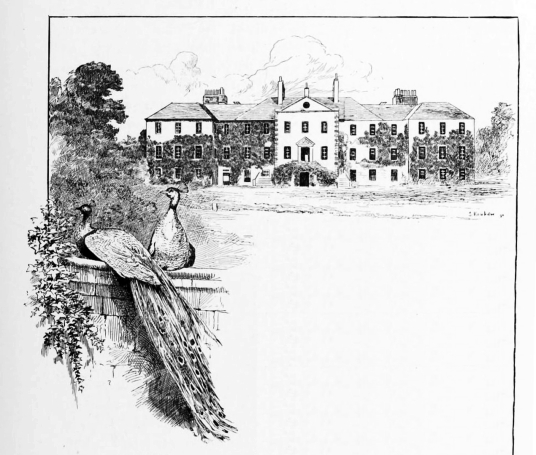 In the wooded grounds are an obelisk monument, 30 foot high, to Field Marshal John Dalrymple, Earl of Stair, and the remains of an unusual teahouse or arbor, designed in the Tuscan style and built on a bridge with views of waterfalls, and built and decorated by French prisoners of war.

The grounds are undergoing restoration with the rebuilding of the walled garden, restoration of the old doocot and revamping of the visitor centre.

Beware of ravening dogs and their dullard owners.