Sutherland & Caithness: About 7 miles east and north of Castletown, on minor roads north of A836, 0.5 miles south of sea, west of Barrogill, at Castle of Mey. 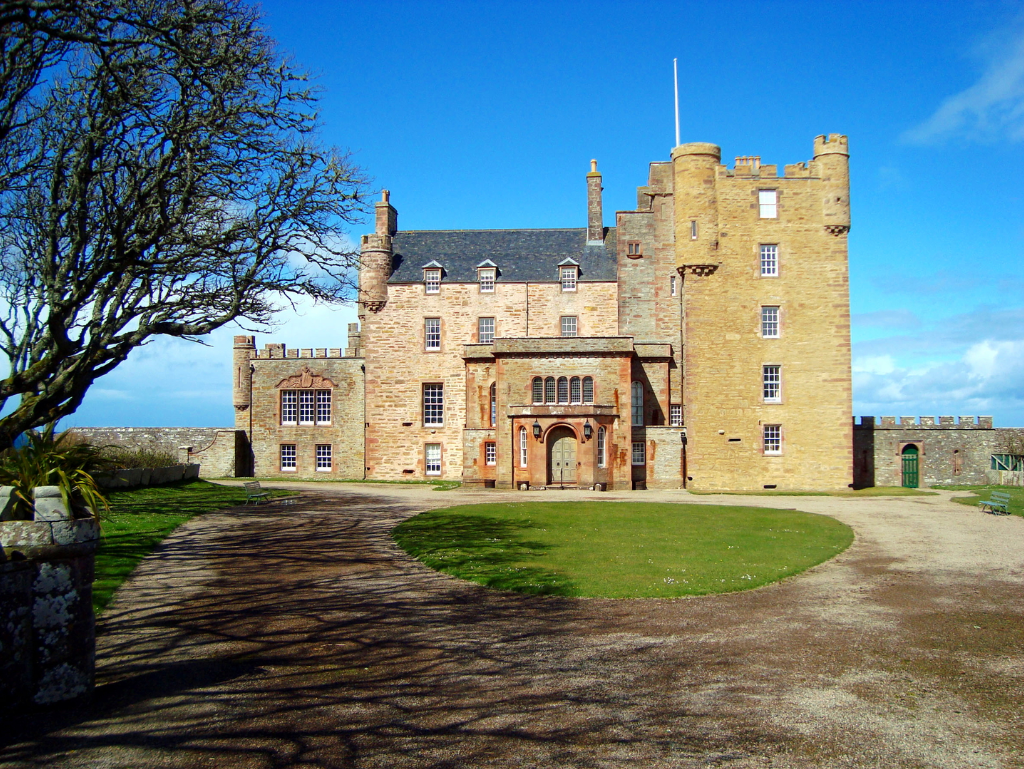 The Castle of Mey is an altered 16th-century Z-plan tower house. It consists of a main block of three storeys and an attic, with four-storey square towers, one a stair-tower, at opposite corners. Stair turrets rise in the re-entrant angles above first-floor level. Corbelled-out bartizans crown some corners. The walls are pierced by gunloops, but many of the windows have been enlarged. There was a walled courtyard. The building was extended and altered in the 18th century, in 1819 by William Burn, and again in 1957. There is an attractive walled garden. 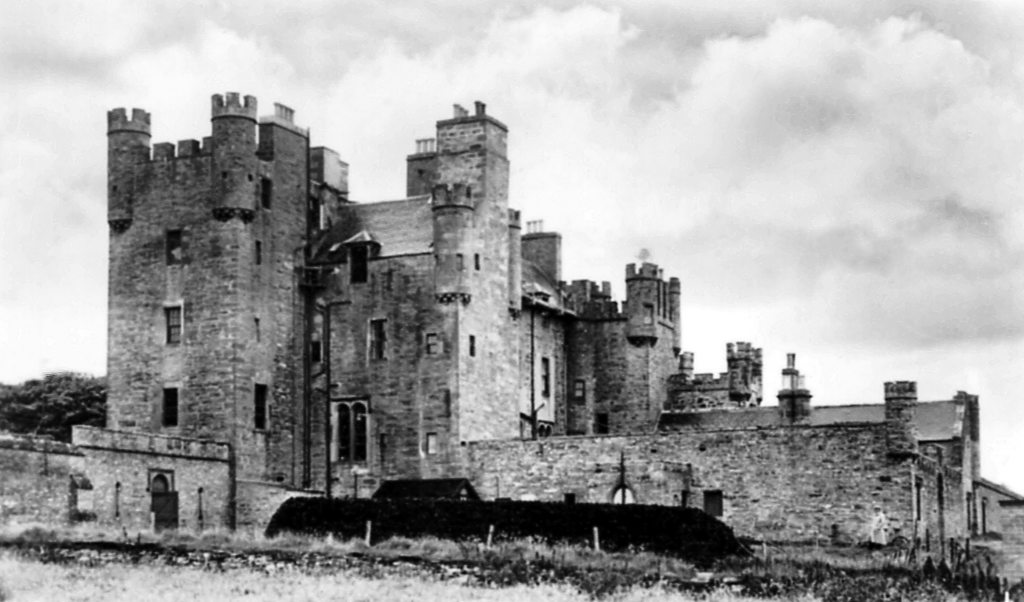 The original entrance led to a stair and into the vaulted basement. The basement contains the original kitchen, with a large fireplace, the wine-cellar, and another cellar. A second stair climbs to the floor above. The hall was on the first floor, with private chambers in the square tower and floors above. 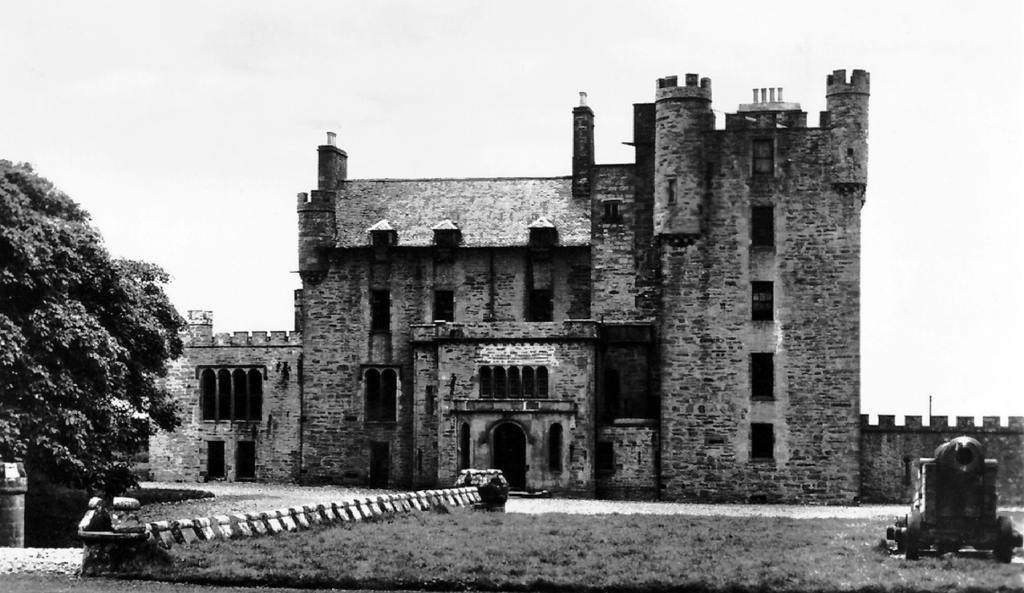 The lands originally belonged to the Bishop of Caithness, but in 1566 were acquired by the Sinclair Earls of Caithness, who built the castle. George, 6th Earl, bankrupted the family, and the earldom was claimed by the Campbells, although this was disputed by Sinclair of Keiss. The Sinclairs eventually recovered the earldom and castle. MacLeod of Assynt, who betrayed the Marquis of Montrose, was imprisoned in the castle. 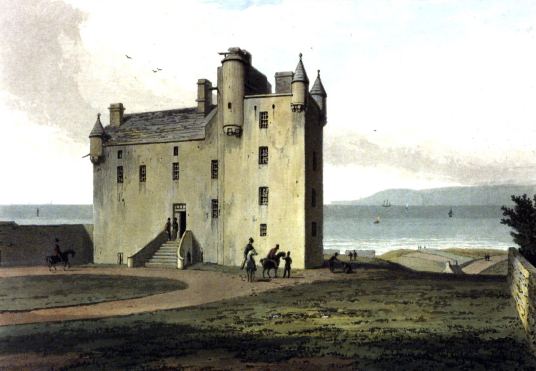 Sir James Sinclair of Mey is on record in 1704. In 1952 the property was sold to Her Majesty Queen Elizabeth the Queen Mother, who had it restored. She used the castle every summer until her death in 2002, and the property then went to The Castle of Mey Trust.
The castle is said to be haunted by the ghost of Lady Fanny, a daughter of George, 5th Earl, who himself died in 1643. She fell in love with a ploughman, and her father had her imprisoned in one of the attic rooms. She threw herself from one of the windows, and her sad spectre, a ‘Green Lady’, reportedly haunts the castle.