Lothians: About 1 mile south of Loanhead, on minor roads north of A6094, just south of the River North Esk, about 0.5 miles east of Roslin village, at Hawthornden Castle. 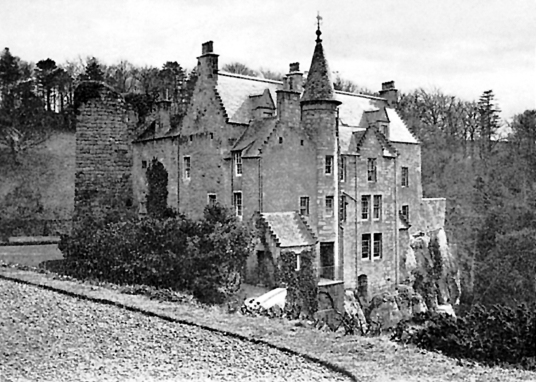 Standing on a cliff overlooking a deep gorge of the River North Esk, Hawthornden is an imposing and picturesque edifice, and consists of a ruined 15th-century tower, to which has been added a 17th-century L-plan house of three storeys and a garret. Defended by three gunloops, the entrance leads through a pend to a courtyard, where the main part of the 17th-century house stands. Above the entrance are the initials of Sir William Drummond, son of the poet, and Dame Barbara Scott. 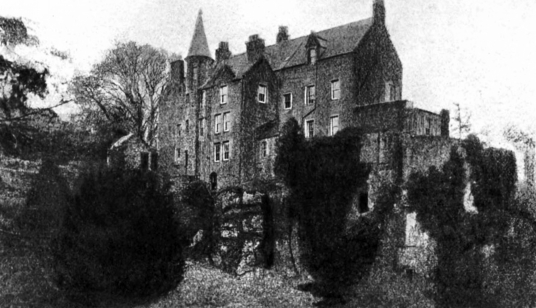 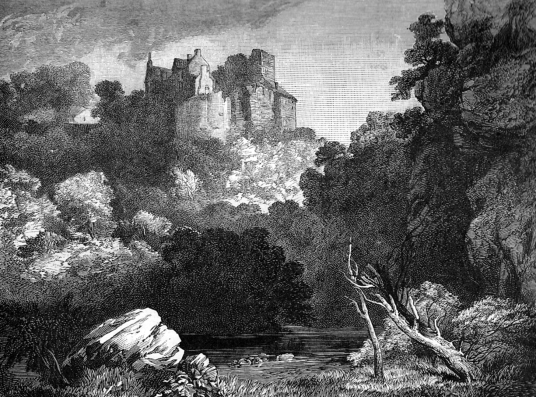 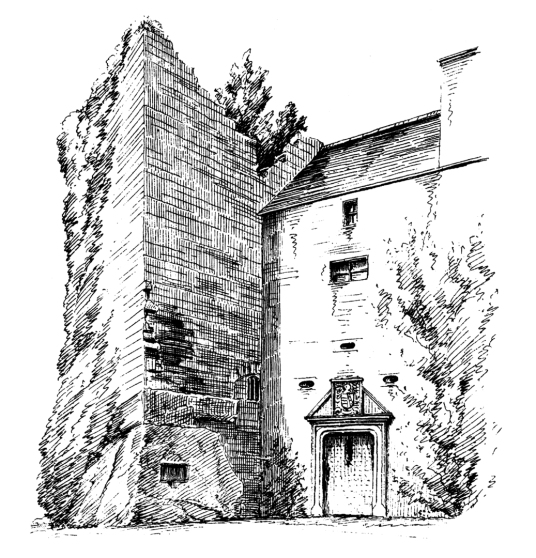 The castle has been modernised inside, and is being restored again, and the basement of the tower not houses a library. There was a pit prison beneath the tower.
Possibly marked as ‘Hachrondale’ on Blaeu’s map of The Lothians, then as ‘Hauthornden’ on Adair’s map of Midlothian, where is depicted in enclosed and wooded policies, and ‘cove’ is marked. 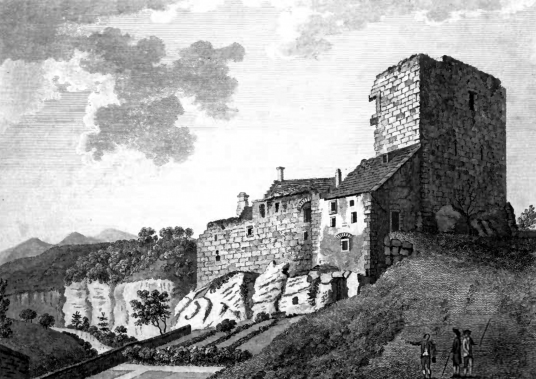 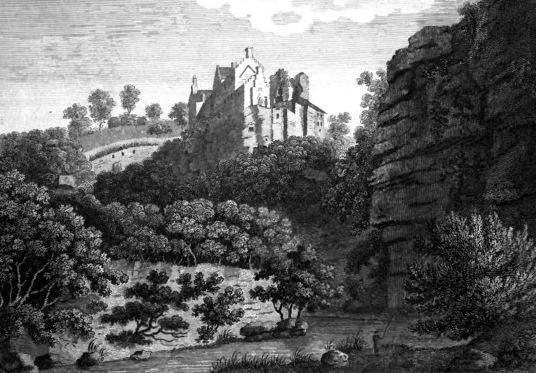 The property originally belonged to the Abernethy family from the 13th century. The caves and passageways carved out of the rock beneath the castle were reputedly used by Robert the Bruce and by Sir Alexander Ramsay of Dalhousie while fighting the English in the 14th century, although Ramsay was later starved to death in Hermitage Castle.

Hawthornden passed by marriage to the Douglases. in 1540 James Douglas of Hawthornden sold the property to Sir John Drummond, later gentleman usher to James VI and Drummond was knighted. The castle was sacked by the Earl of Hertford in 1544 and again in 1547. Mary, Queen of Scots, is said to have spent three nights here. 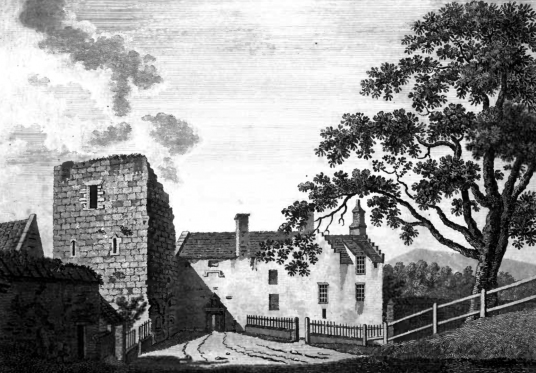 Hawthornden was the home of the poet William Drummond. His fiancee, Mary Cunningham of Barns, was burned to death on the eve of their wedding in 1615, and Drummond became a learned recluse. He was visited by the writer and playwright Ben Jonson in 1618-19, and died in 1649. He is buried in the restored burial aisle at the Old Parish churchyard at Lasswade [NT 302661]. 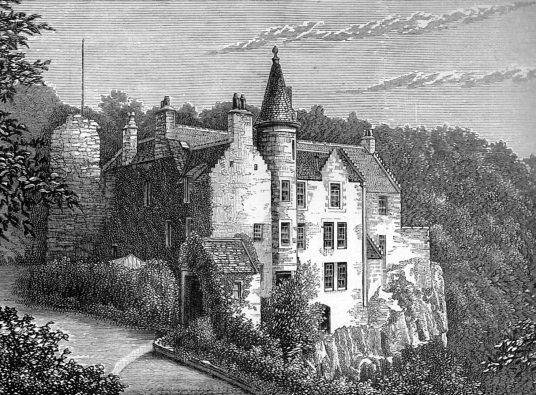 Sir William Drummond of Hawthornden is on record in the 1680s and 1690s. Dr Johnson visited Hawthornden, as did Queen Victoria, and the part of the castle was renovated in the midle of the 19th century. The Drummonds held the property until the 1970s, when it was sold to the Adamsons, and then to the Heinz family.

The house is still occupied, and is now used as a retreat for writers.