Aberdeen & Gordon: About 3.5 miles north-east of Rhynie, on minor roads north of B9002, 1 mile north of Kennethmont, south of Knockandy Hill, at Leith Hall.

OPEN: House open for guided tours in the summer; gardens open all year. Weddings and events. 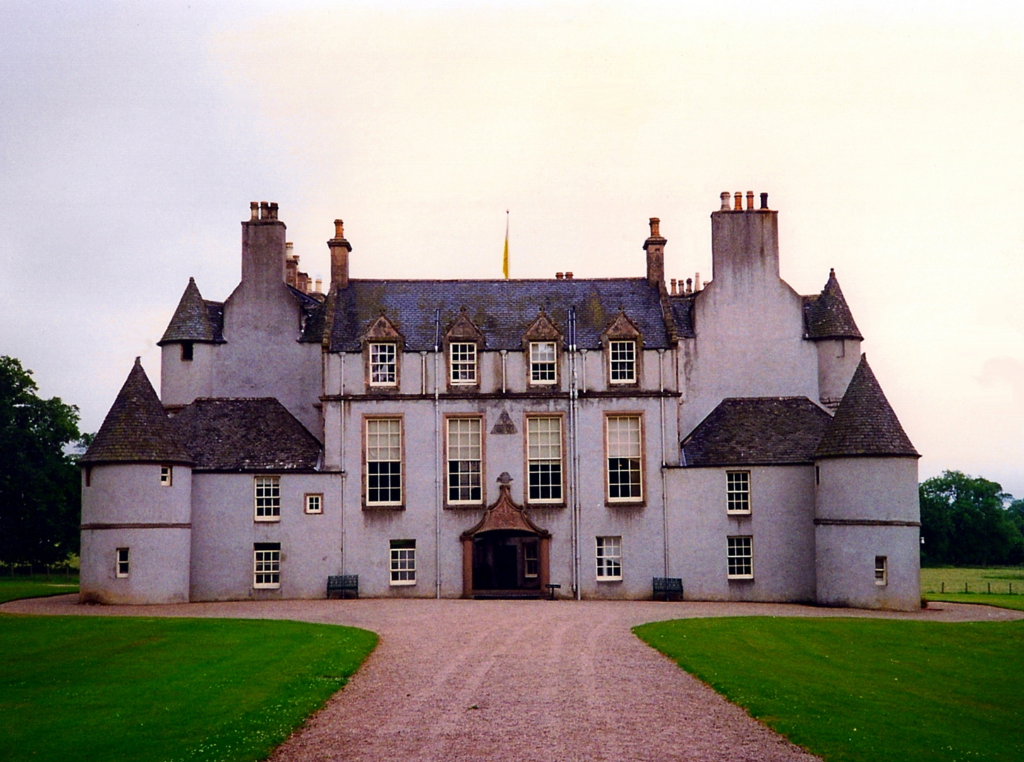 Set in 286 acres of gardens and policies, Leith Hall incorporates a 17th-century tower house, rectangular in plan, of three storeys and an attic, with bartizans crowning the corners. To this have been added 18th- and 19th-century blocks to form four sides of a courtyard. The walls are harled, and the original windows are small. Small drum towers date from the 19th century. 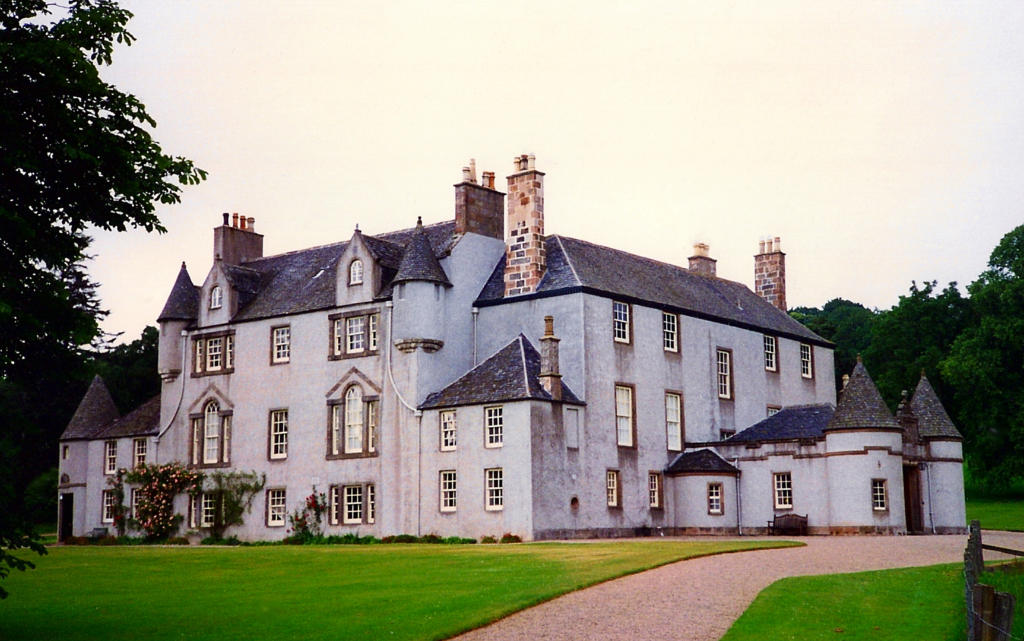 The basement of the tower is vaulted, and contained the original kitchen. The hall was on the first floor, with private chambers on the floors above, but the old part has been much altered inside.
The Leith family held the property from 1650 or earlier until 1945, when it was given to The National Trust for Scotland, after being used as a military hospital during World War II. Andrew Hay of Rannas hid here after the Battle of Culloden in 1746, eventually fleeing abroad. There are fine gardens and grounds.

Part of Class 1 Pictish sculpted stone is now kept in a shelter in the gardens of Leith Hall. It bears the very bottom of a fish above an arch, while another stone is decorated with a rectangle above a wolf and mirror and comb. 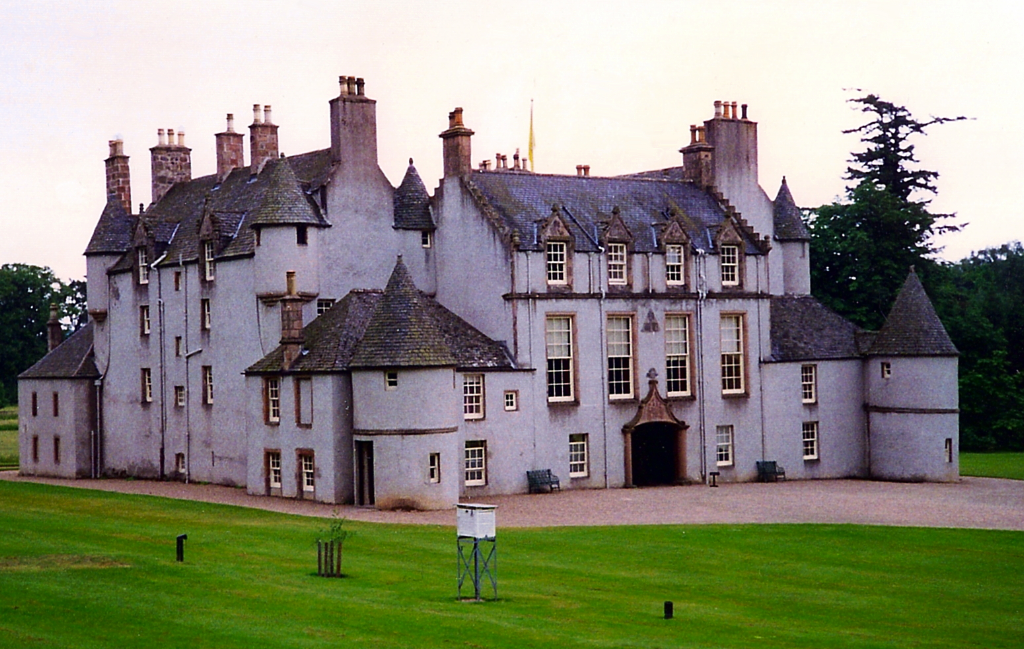 There are stories of the apparition of a man, bearded and bandaged about the head. The ghost is thought to be John Leith, who was killed in a brawl and shot in the head in 1763, or Colonel Alexander Leith who died in 1900 and had fought at the Battle of Balaclava. The ghost recently featured in the TV series Most Haunted. The apparition of a woman in Victorian dress has also reputedly been seen, as well as a young child and governess.