Ayrshire: About 3 miles east of Mauchline, on minor roads just south of B743, 2 miles north-east of Katrine, just north of River Ayr, at Sorn Castle. 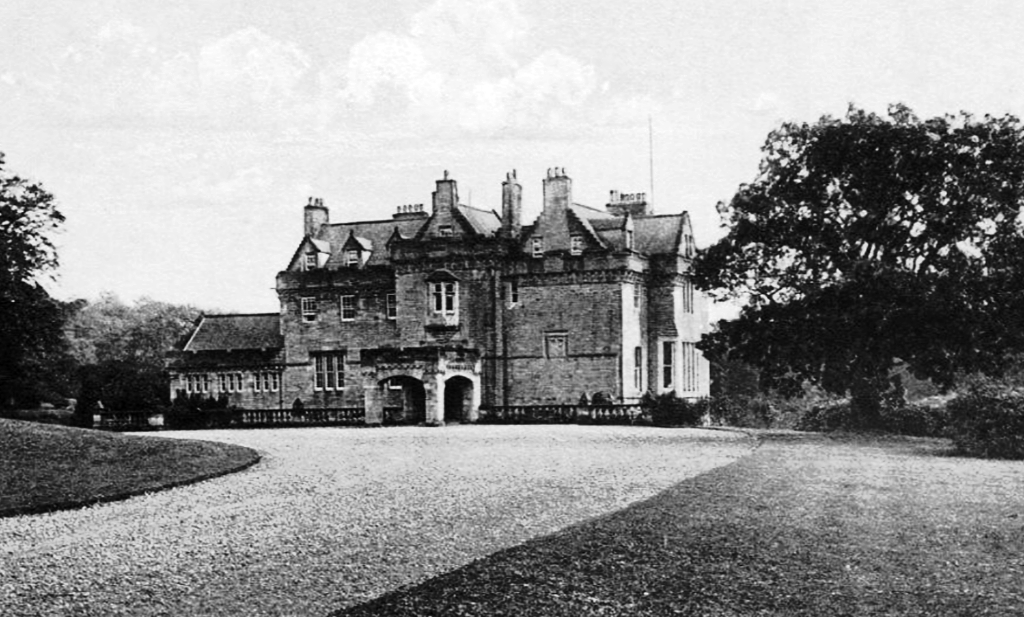 Standing on a rise above the River Ayr in 8,000 acres of lands, Sorn Castle consists of a much-altered 14th-century tower of three storeys and an attic, which was extended in the 16th and 18th centuries, restored in the mid 19th century by the architect David Bryce, then further extended when a large wing was added in the 20th century. The old part has a corbelled-out parapet with open rounds. 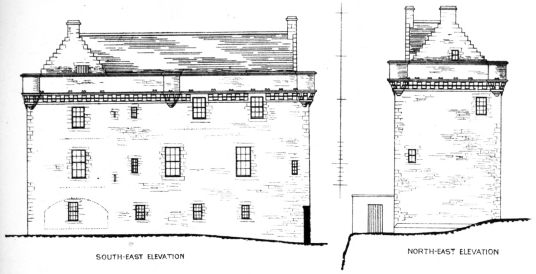 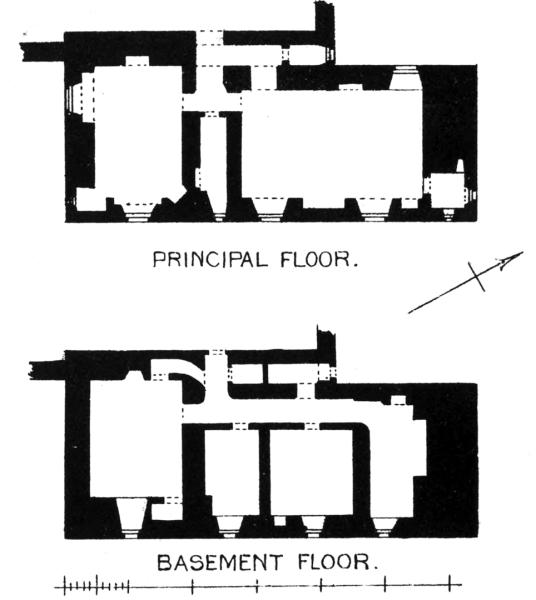 The 16th-century extension contains a kitchen and cellars in the basement, with a hall on the first floor, and private chambers on the floors above. The interior of the old part of the house has been greatly altered. 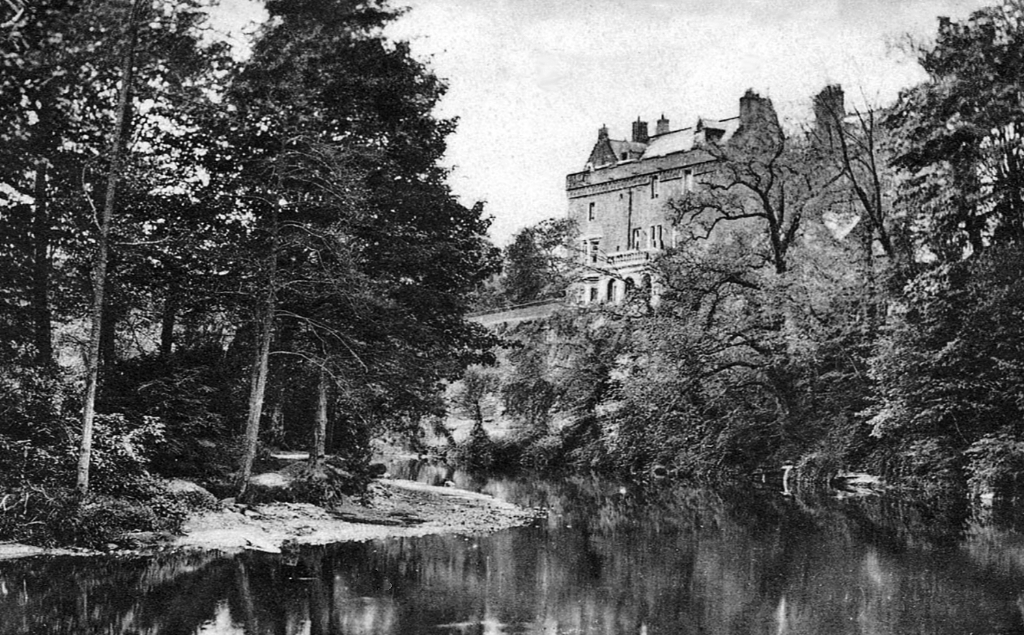 ‘Soirn Cast.’ is prominently marked on Blaeu’s map of Kyle in wooded policies,
The lands belonged to the Keiths of Galston, but passed by marriage to the Hamiltons of Cadzow in 1406 and Sir William Hamilton of Sorn was a Senator of the College of Justice and Lord Treasurer to James V. 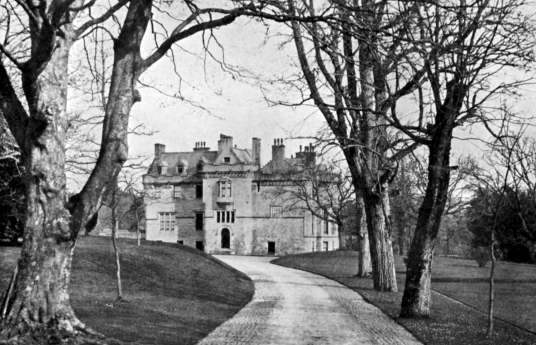 The property went by marriage to the Setons of Winton, and James VI visited the castle in 1600 to attend a wedding. The castle was garrisoned against Covenanters in the reign of Charles II. It was sold to the Campbell Earl of Loudoun about 1680, then to the Somervilles at the end of the 18th century, and finally to the McIntyre family in 1903, who still occupy the house.