South Highland: About 7 miles south-west of Fort Augustus, on minor roads east of A82, on west bank of Loch Oich, south of Glengarry Castle Hotel, at Invergarry.

OPEN: Ruin can be seen from grounds of Glengarry Castle Hotel – the interior of castle is in dangerous condition.

Fundraising appeal for the preservation of the old castle: 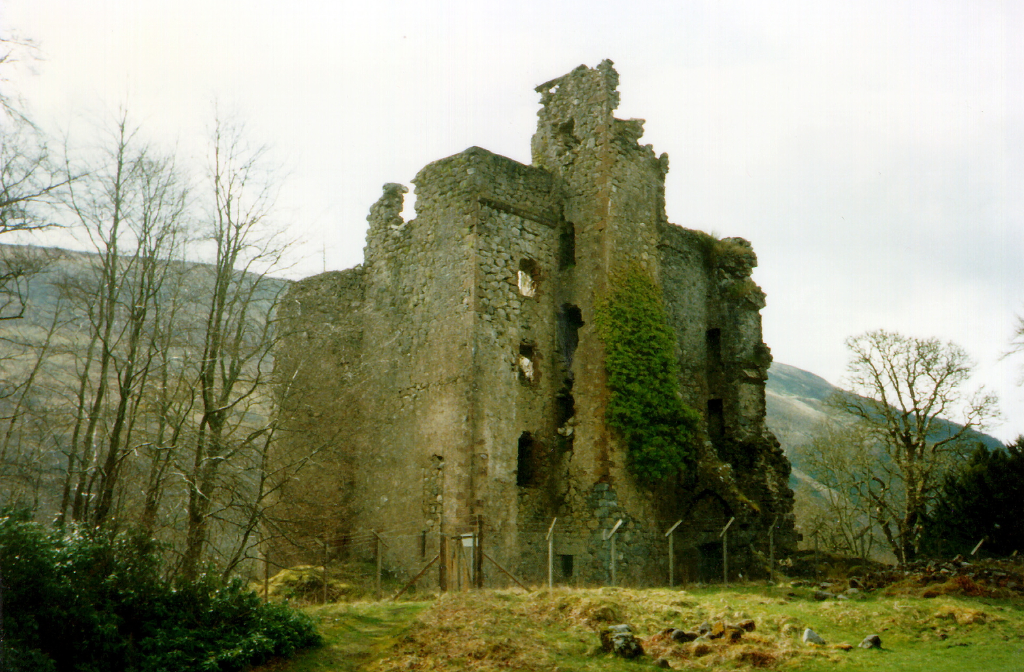 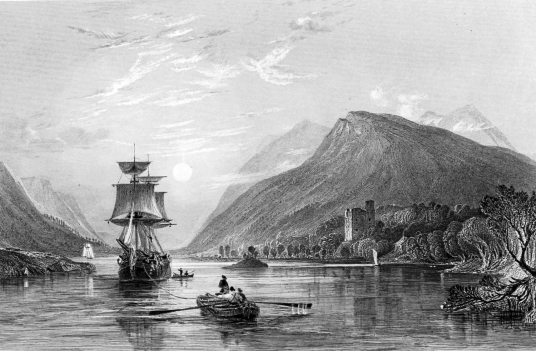 A very impressive ruin, Invergarry Castle is a large 17th-century L-plan tower house, consisting of a main block of five storeys with a six-storey round stair-tower. The walls are pierced by shot-holes. The fortress stands on the Rock of the Raven, the slogan of the family.
The basement does not appear to have been vaulted. A wide scale-and-platt stair climbed to the first floor in the wing, while the upper floors were reached by a stair-tower in the re-entrant angle as well as the round stair-tower. 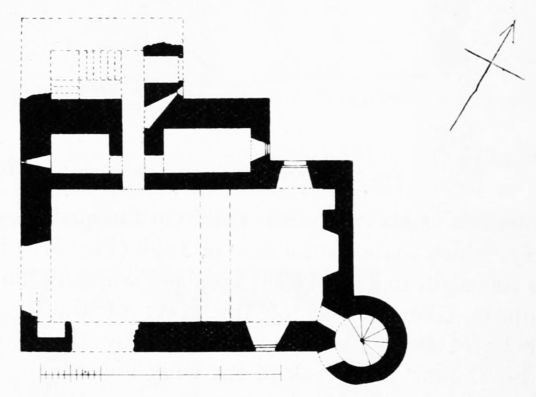 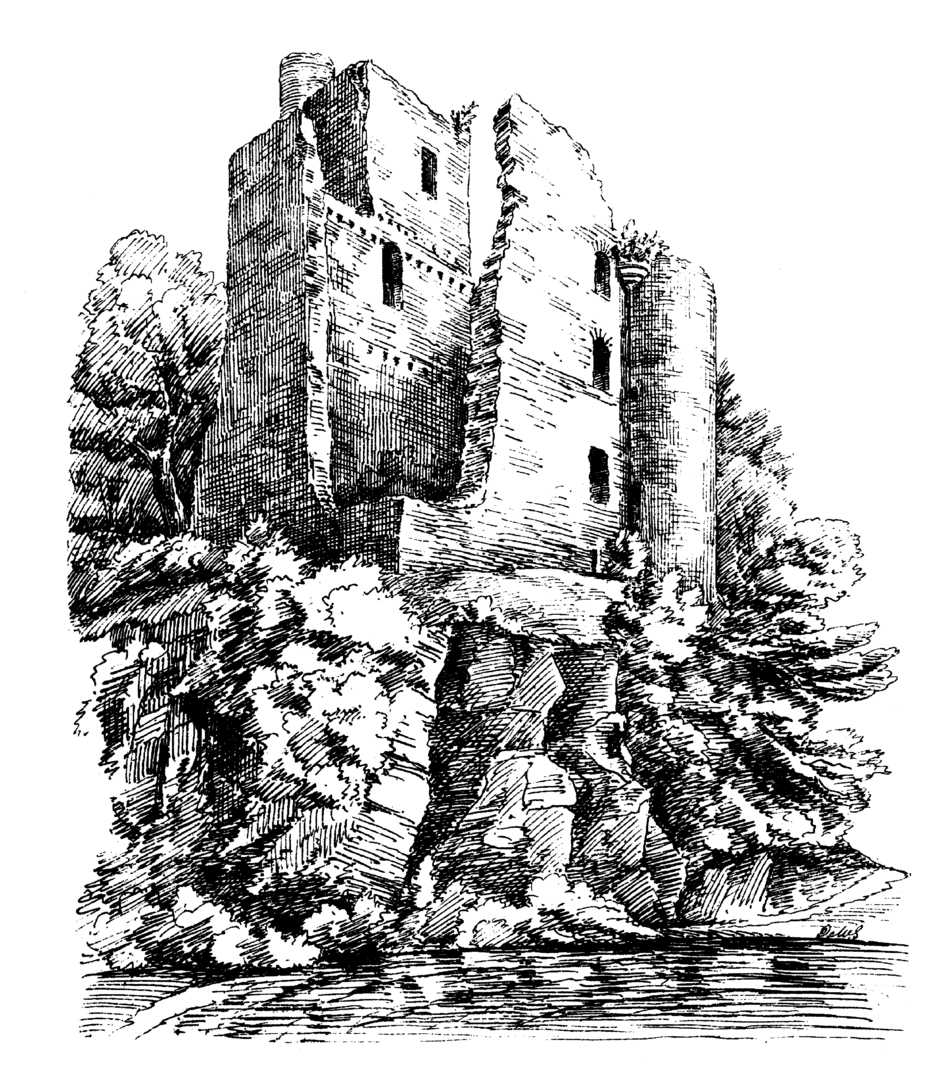 ‘Ylen Innergarry’ appears on Pont’s map of the Great Glen, and it is possible that an island stronghold predated the present castle. 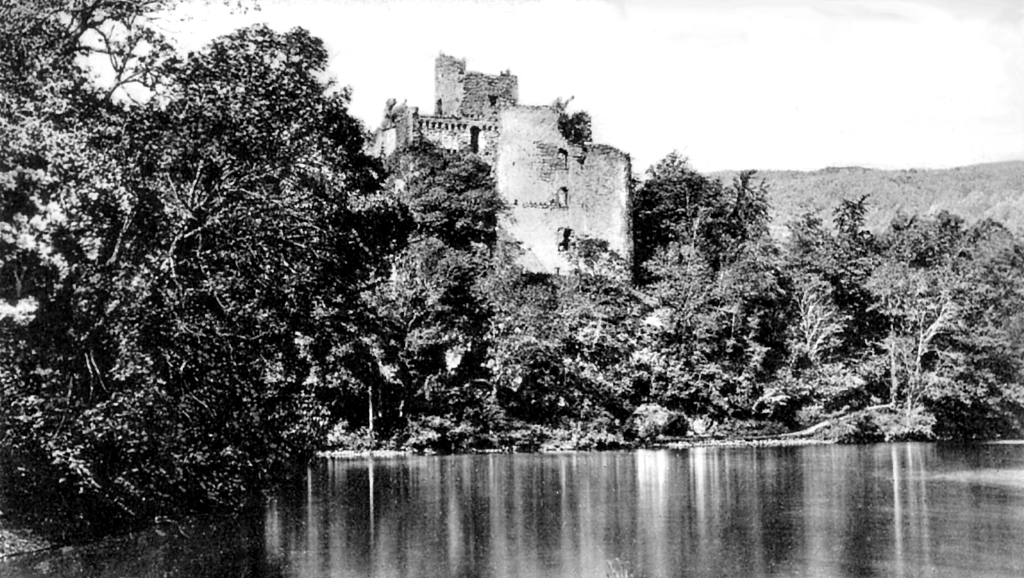 The castle was built by the MacDonnells (or MacDonalds), or Clan Ranald, of Glengarry after raids by the Mackenzies in 1602. The MacDonnells supported Charles I, and the castle was burnt in 1654 by forces of General Monck during Cromwell’s occupation of Scotland. The clan were forfeited but recovered the lands after the Restoration. 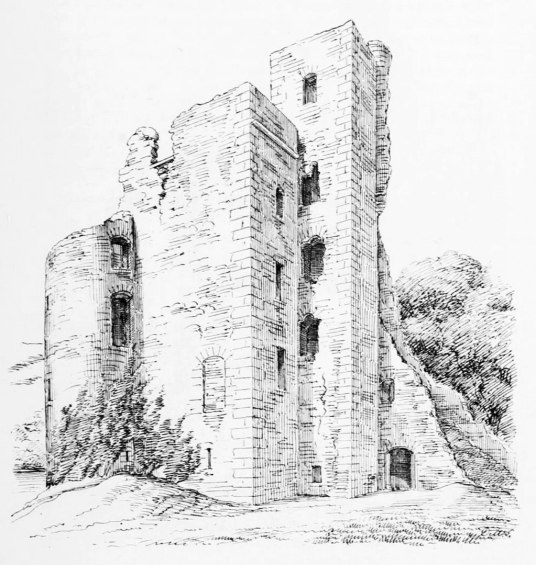 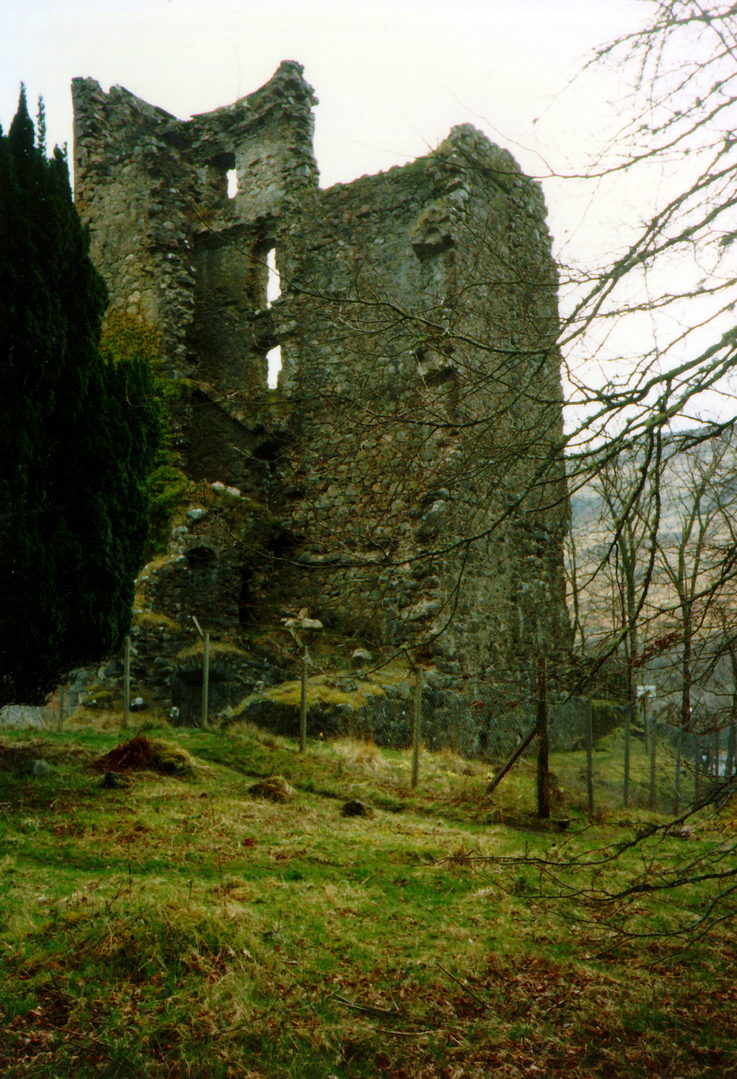 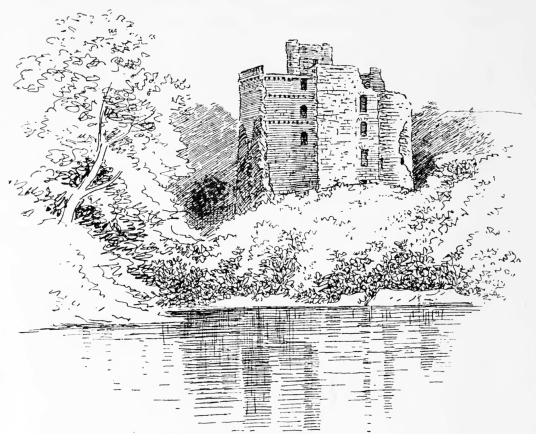 In 1688 Alastair MacDonald of Glengarry fortified the castle for James VII, but eventually submitted to the government of William and Mary in 1692. It was retaken by Alasdair Dubh of Glengarry in 1715 and he fought at Sheriffmuir the same year, but the stronghold was recaptured by Hanoverian forces in 1716. 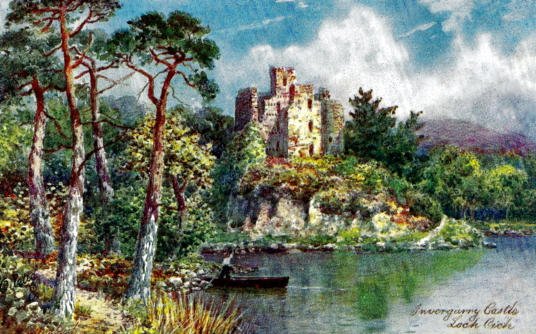 The castle was back in the hands of the MacDonalds by 1731, and during the Jacobite Rising of 1745-46 was twice visited by Bonnie Prince Charlie. John MacDonnell of Glengarry and his son were imprisoned after the Rising. Invergarry was burnt by the ‘Butcher’ Duke of Cumberland. 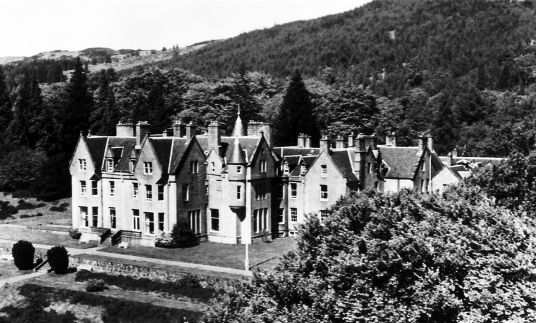 A new mansion was built nearby, on the site of which is now the Glengarry Castle Hotel [NH 306010]. This is a large rambling baronial mansion of two storeys and an attic, and was designed by David Bryce in the 1860s. 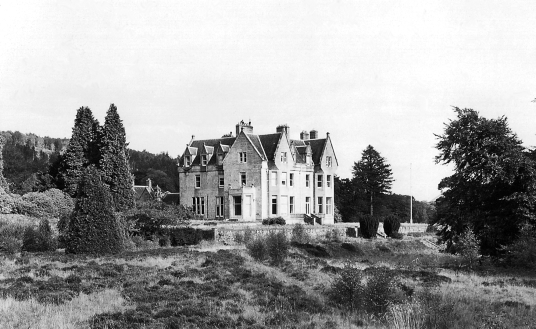 The lands had been sold in the mid 19th century to the Ellice family, who made their money from the Hudson Bay Company, and the MacDonnell chiefs of Glengarry now live in London. The Ellices held the property until 1923. It was then sold, passing eventually to a hyroelectric company before being sold again and then used as a hotel.
The old castle had a brownie or ‘gruagach’.