Lanarkshire & Glasgow area: About 1 mile north of Lanark, on minor road north of A706, on south bank of Mouse Water, at Jerviswood. 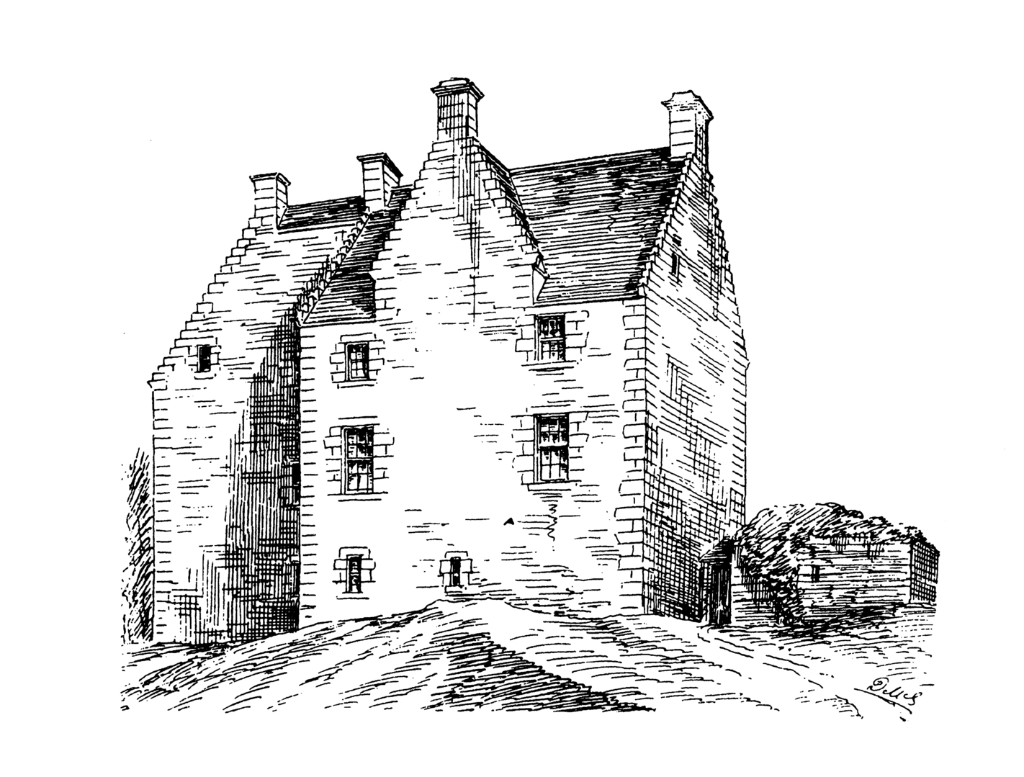 High above the Mouse Water on the east side of a ravine, Jerviswood is an altered 16th-century L-plan tower house of three storeys and a garret, beneath a steeply-pitched roof. The ruins of an older block stood adjacent to the house in the late 19th century, some remains of which survive.
The basement is not vaulted and contained a kitchen with a fireplace and oven. The interior was greatly altered to provide lodgings for farm workers, although several original fireplaces survive.
‘Ierviswood?’ is marked on Pont’s map of Lanarkshire, and appears to be depicted as a tower.
The property belonged to the Livingstones, who built the original tower, but it was sold to the Baillies of Lamington in 1636. One of the Baillies, Robert Baillie, the Covenanter, was hanged, drawn and quartered in 1684, and parts of his body were displayed in Ayr, Edinburgh, Glasgow, Jedburgh and Lanark. Robert wrote to his son, George: ‘if ye have a strong heart ye may go and see me nagled; but if ye have not the heart for it, ye may stay away’. The folk of Lanark gave their part of his body a decent burial.
George Baillie married the daughter of the Earl of Marchmont, and the family eventually moved to Mellerstain, and were later made Earls of Haddington. The house had been empty for about 20 years and was derelict when it was sold in 1979 for £6,000.The house was then restored and is occupied, receiving a Civic Trust commendation in 1984.
A heraldic panel bearing the arms of George Baillie is built into the wall of the Mains Farm.