Kisimul Castle is a picturesque old partly ruinous stronghold of the MacNeills of Barra, located on an island in Castlebay on the scenic Hebridean island of Barra in western Scotland. 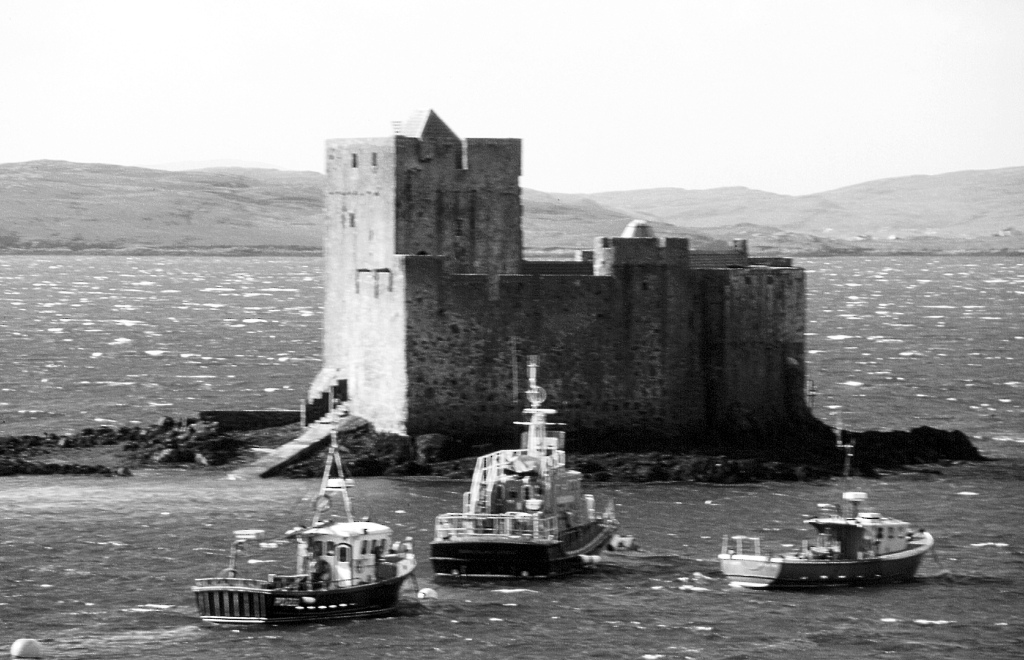 Western Isles: Just south of Castlebay on Barra, by boat south of A888 in Castlebay, in Castle Bay, at Kisimul Castle. 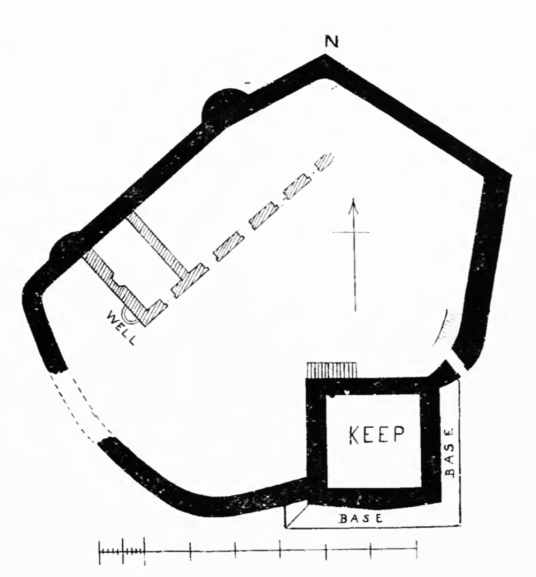 Kisimul Castle consists of curtain wall shaped to fit the island on which it stands, said to date from at least the 13th century, perhaps as early as the 11th, or it may be much later. One of the first stone buildings within the walls is said to be St Cieran’s Chapel, although again the date, or indeed that fact that it is a chapel at all, is a matter of dispute. A hall was added, followed by other stone ranges, then a tower of five storeys, which had a high parapet and few windows. 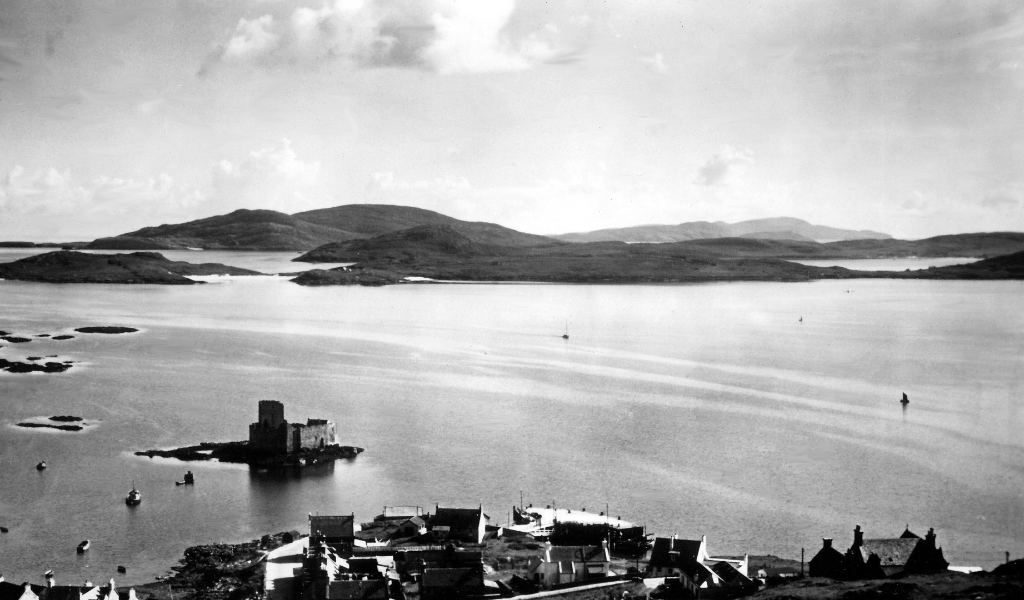 The tower has a hall on the top floor, and private chambers occupied the floors below. The upper floors were reached by an external stair. There is a well, near the postern gate, that supplied the castle with fresh water.

Outwith the outer wall, near the landing place, are the foundations of buildings used to house the crew of the chief's galley.

‘Chastel Kyslum’ is marked on Blaeu’s map of the southern Outer Hebrides. There are many spellings for the castle including Keissimul and Kismul. The name is from Gaelic, Caisteal Chiosmull, which means ‘castle of the rock of the small bay’. 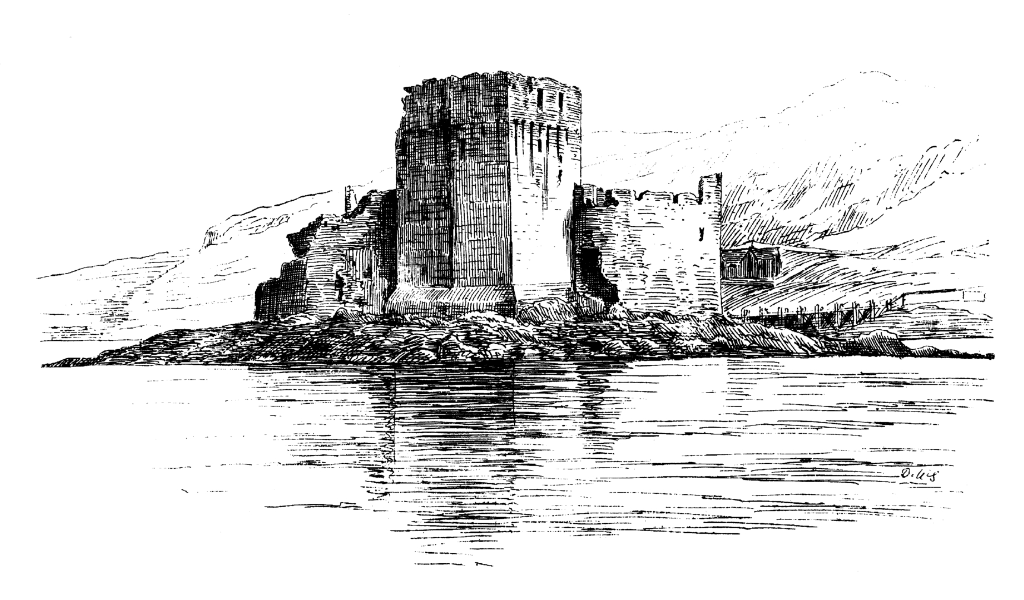 Although Clan MacNeil claim descent from Neil of the Nine Hostages, High King of Ireland at the end of the 4th century, the first to settle in Scotland seems to have been Hugh, King of Aileachh and Prince of Argyll. His son, 21st in descent, was called Neil of the Castle, and built a stronghold here in 1030, or so it is claimed. The MacNeils are believed to have fought at Bannockburn in 1314 and were given lands in Kintyre as reward. The first recorded lord of Barra was Gilleonan MacNeil in 1427.

One of Kisimul’s most unpleasant reputed occupants, around the beginning of the 15th century, was Marion of the Heads, second wife of MacNeil of Barra, who ensured her own son’s succession by beheading her stepsons. She is said to have been equally beastly to many of the islanders. One of the chiefs, Ruari the Turbulent, preyed on an English ship in the later 1500s, and was arrested for piracy. 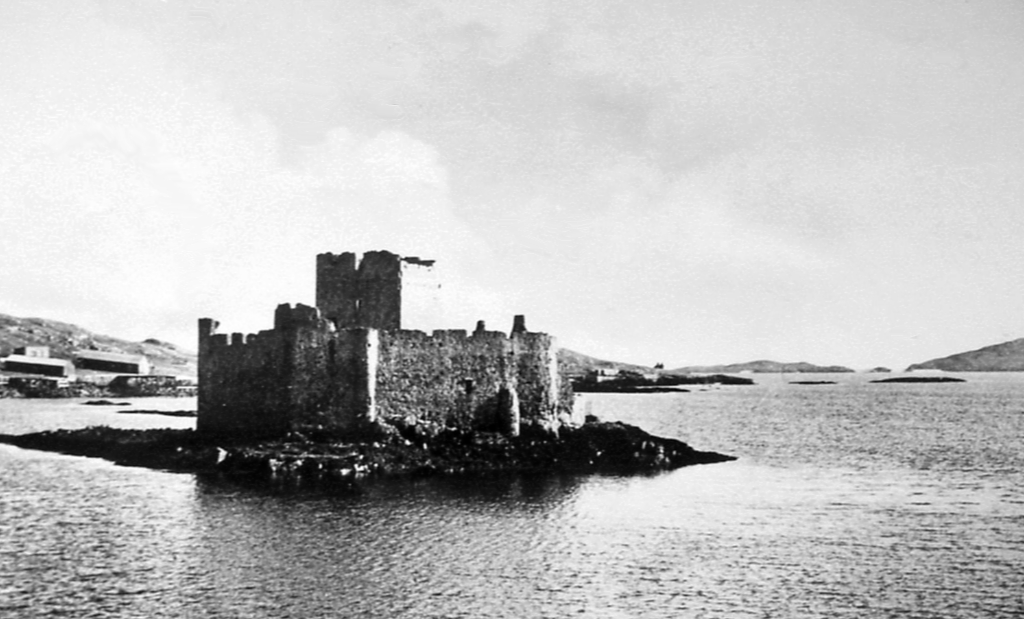 The castle was besieged several times during the clan wars and kinstrife. Some of the clan fought at the Battle of Worcester in 1651, then at the Battle of Killiecrankie in 1689, and then in the 1715 Jacobite Rising. The clan nominally supported Bonnie Prince Charlie in the Jacobite Risings and the chief was imprisoned, but they did no actual fighting. In 1750 an agent reported to the exiled Bonnie Prince Charlie that MacNeil of Barra would bring 150 men to a new rising in Scotland. The 40th Chief, Roderick, went bankrupt and was forced to sell Barra and all his lands in 1840 to the Gordons of Cluny, then it passed by marriage to the Cathcarts.
The castle was bought back by the MacNeils of Barra in 1937, and was restored in the 1950s and 60s. The castle has been put into the care of HES.