South Highland: About 6 miles north-east of Inverness, on minor roads east of B9039 1 mile north of junction with A96, 0.5 miles south of Moray Firth, at Castle Stuart. 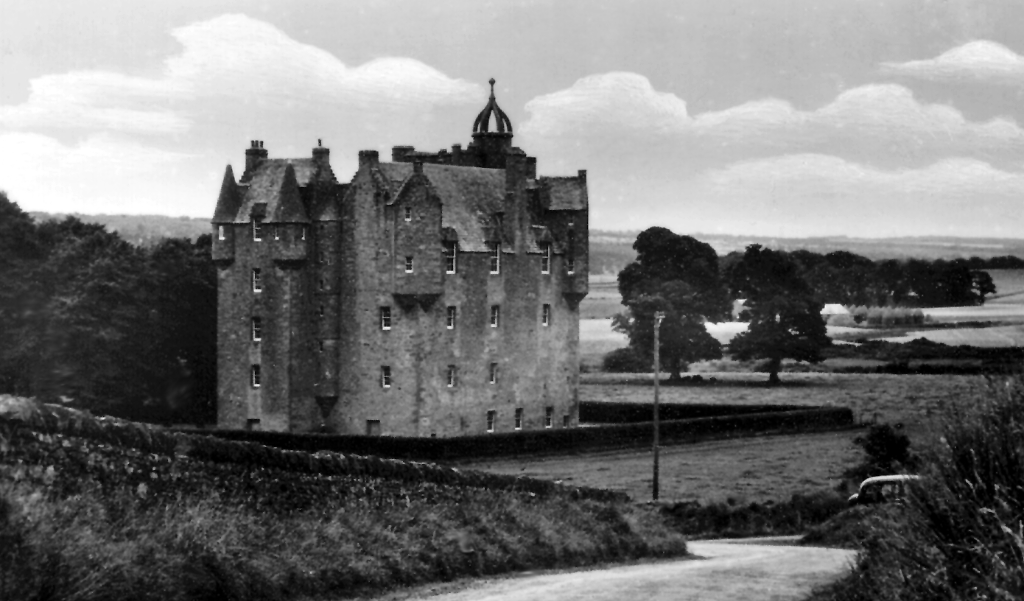 Overlooking the Moray Firth and the hills beyond, Castle Stuart is an early 17th-century tower house, although it may incorporate work from the 14th century. It consists of a main block of four storeys and projecting square towers of six storeys at each end. One square tower has a flat roof and a modern parapet, while the other has corbiestepped gables and three bartizans with conical roofs. The main block is crowned by corbelled-out bartizans, capped by small gabled watch-chambers. There are stair-turrets in the re-entrant angles. The walls are pierced by evenly spaced windows, and gunloops and shot-holes. 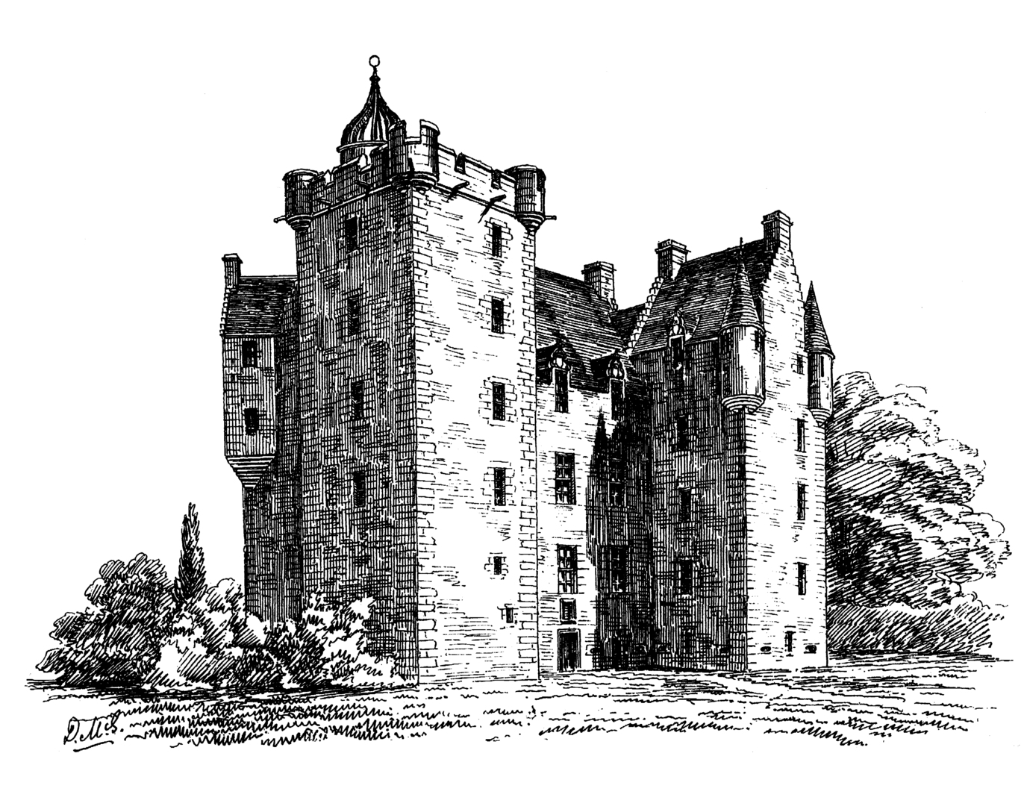 The original entrance was in the foot of one tower, which contains the main stair, but there is also a later entrance. The vaulted basement contains a passage to the original kitchen, with a wide arched fireplace and oven, the wine-cellar, with a small stair to hall on the first floor, and two other cellars. The hall is on the first floor of the main block, with an adjoining private chamber and another room in the tower. The main block above first-floor level and towers are occupied by private chambers, reached by turnpike stairs in the turrets.
‘Castel Stuart’ is marked on Blaeu’s map of Moray.
The property was held by the Mackintoshes, but was given by Mary, Queen of Scots, to James Stewart, Earl of Moray, who was her illegitimate half-brother. Moray was made Regent for James VI but was later assassinated, being shot and killed at Linlithgow in 1570. The second Earl, also called James, fared little better, and was also murdered, this time at Donibristle in Fife in 1592, the events recorded in the old ballad ‘The Bonnie Earl o’ Moray’. The castle was finished by James Stewart, 3rd Earl, about 1625, although it was seized by the Mackintoshes over a dispute about ownership and compensation. The Mackintoshes were bought off, and the castle restored to the Stewarts. It was abandoned and unroofed about 1835, but has been restored and in 2014 was undergoing an extensive refurbishment programme.

The Earls of Moray own Darnaway Castle.
The Three Turret chamber was said to be haunted by some bad bogle.