Angus & Dundee: To west of Brechin, on minor roads south of A935 or east of B9134, just north of River South Esk, at Brechin Castle. 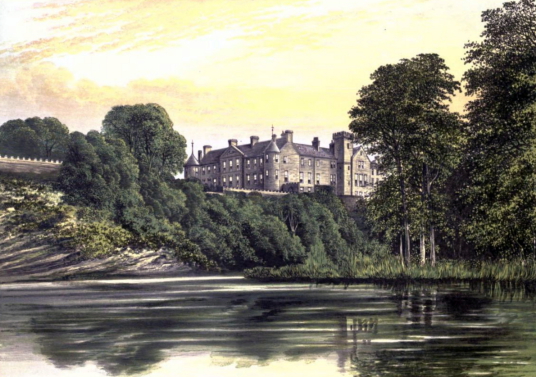 Brechin Castle incorporates some cellars from a 16th-century L-plan tower house, but is substantially a large three-storey mansion with a symmetrical front, which dates from the 17th and century and later. There is 40 acres of landscaped parkland and a walled garden, and a sundial dating from the 17th century which was brought here from Panmure House.

It was probably at Brechin, and possibly at an earlier castle, that John Balliol, Toom Tabard, was forced to abdicate as King of Scots by Edward I of England in 1296. Sir Thomas Maule defended the castle for three weeks in 1303 against the English, until slain by a missile from a catapult: one of the stones used to besiege the castle is on display in the Montrose Museum. 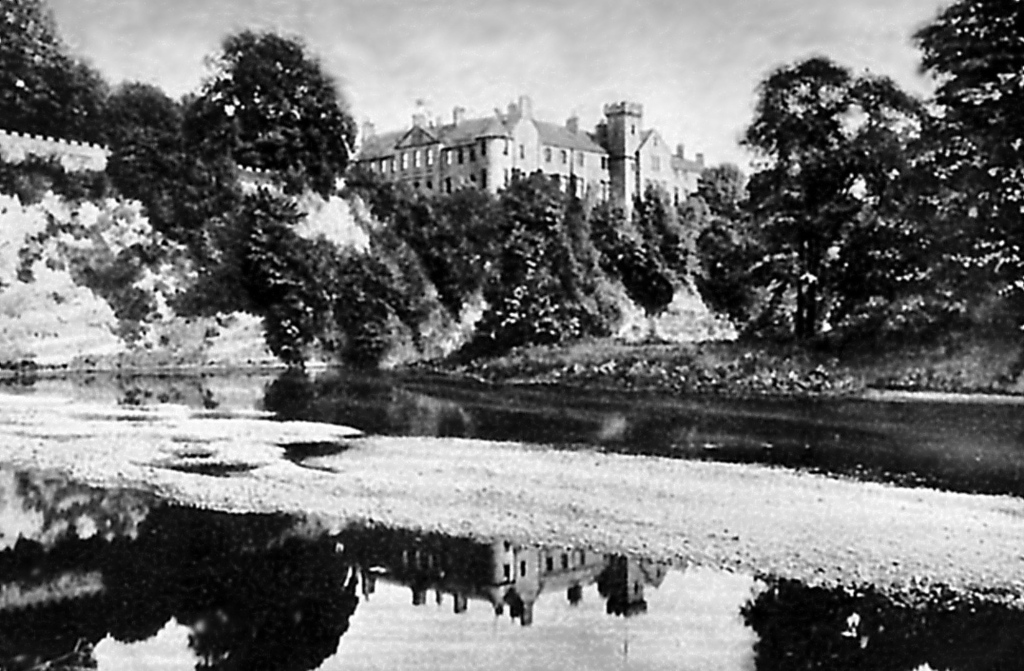 The castle was owned by the Maules, but passed to the Erskine Earl of Mar, until sold to the Maule Earl of Panmure in 1646. They built the existing mansion in 1711. The family was forfeited for their part in the 1715 Jacobite Rising, but the property was bought back by a relation and the title restored. It later passed by marriage to the Ramsays of Dalhousie, who lived at Dalhousie Castle until about 1900, and the house was occupied by the Earl and Countess of Dalhousie until recently. Their estates in Angus extend to some 55,000 acres, and includes the Brechin Castle Centre and Peggy Scotts (a restaurant), as well as farming, forestry, game and property letting.

The castle with 70 acres of grounds was put up for sale in 2019 for offers of more than £3 million. The rest of the estate is not being sold, high running costs being cited for selling the house, and the family are going to live in a smaller property on the estate. 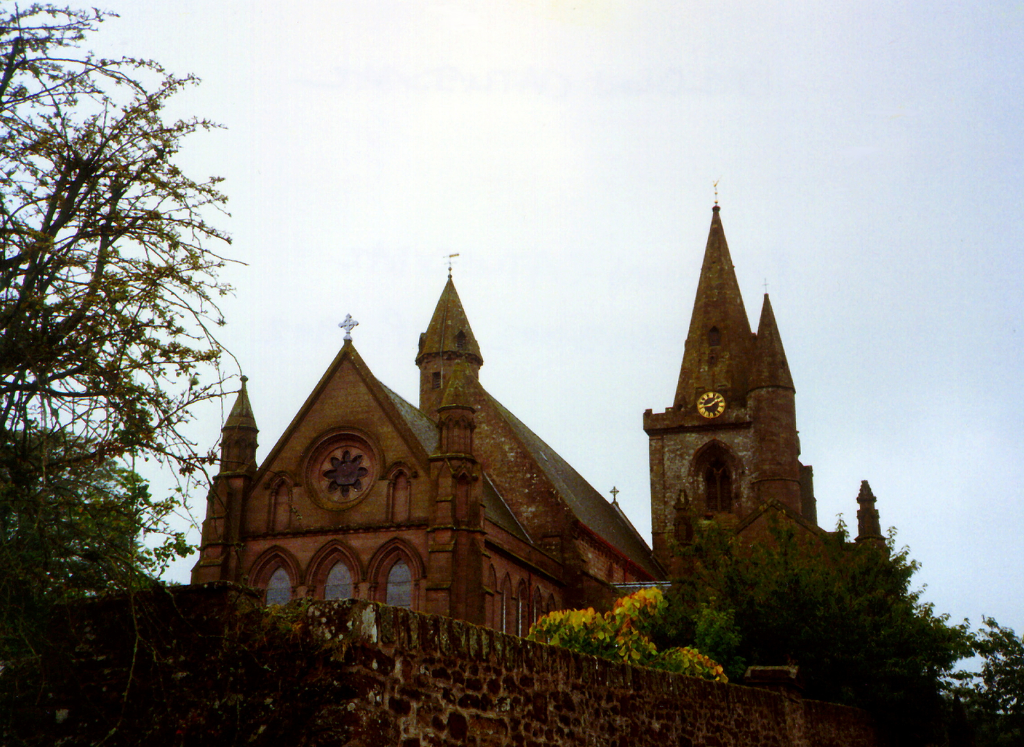 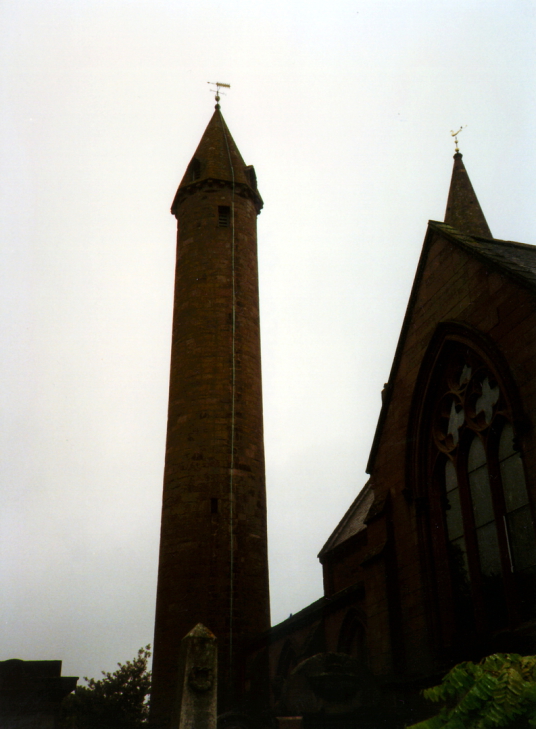 Brechin Cathedral [NO 596601] is a medieval church, housing a Pictish sculpured stone, and used as a parish church. Much of the nave was built in the 13th century, but it was unsympathetically remodelled in 1806, as were the aisles and west front. Between 1900-2, the cathedral was returned to its original design. Nearby is an unusual 11th-century round tower, usually thought to be modelled on Irish counterparts. Only two of these towers survive in Scotland, the other being at Abernethy. 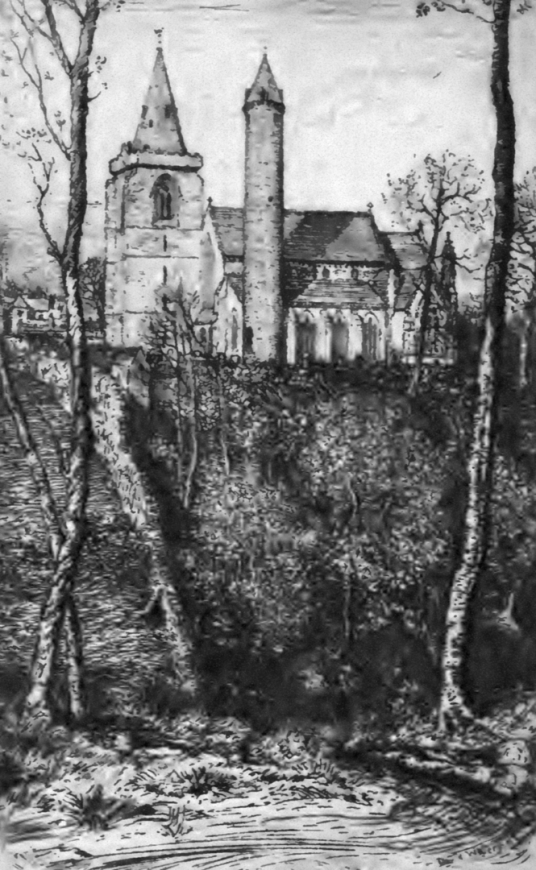 The Pictish cross-slab was originally found at Ardblair Castle. The front of the cross-slab shows a ringed cross, decorated with an interlaced design, standing on top of a curious key-patterned hollow square. The cross is flanked by two figures holding books – probably monks – and there are two very weathered birds in the top left and right corners. On the back of the slab are four more indistinct figures. Two more monks stand above a rendition of David in the conventional pose, rending a lion’s jaws, and accompanied by a sheep and a harp. Beneath this David rides a mounted warrior; and below again stands a curious many-legged beast.

The Brechin Castle centre is a garden centre, gift shop and restaurant (www.brechincastlecentre.co.uk).